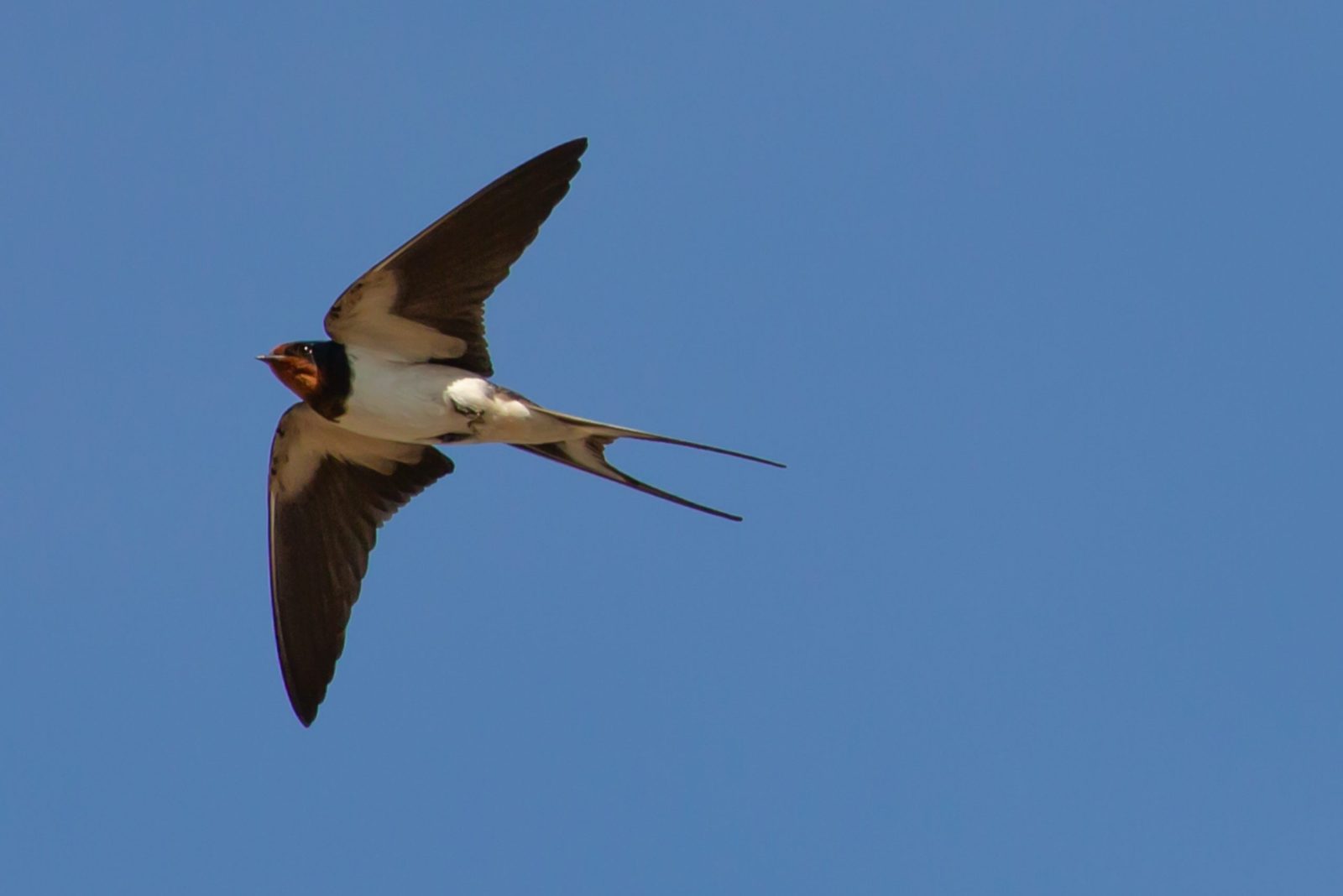 If you want to gauge the state of the planet, you don’t have to be a scientist, you just have to look for what’s missing around you.

We are essentially creatures of two dimensions and only slightly of the third: up. Above us is the kingdom of air, clouds, flying insects and birds.

Of all these creatures, one among them is its most permanent resident: the swallow. From the moment it flies out of the maternal nest it remains mostly airborne for about two years, seldom landing, always flying and sleeping on the wing.

It is well named. In relation to its size, it has an enormous mouth surrounded by an almost useless little beak. There’s a reason for this. It needs its beak only to roll mudballs to make a nest when it eventually comes down to earth to breed (it’s impossible to incubate eggs in mid-air) and to offer tidbits to chicks. For the rest it catches insects on the wing by diving at them with a gaping maw.

While, as Shakespeare put it, one swallow does not a summer make, a bunch of them lets you know it’s on the way. And so it has been since humans first noticed this at the dawn of our species. Where they went in winter was not known until relatively recently. It was once speculated that they wintered underground.

But in many parts of the world these days, one swallow – or maybe two or three – is all you get. They’re in deep trouble. The reason has to do with the Silence of the Bugs.

Let me ask you a question: when did you last wipe a bug splat off your windscreen? Or dig butterflies out of your radiator? I bet not often – and that’s extremely worrying.

The reason is that we’re running out of them and very few scientists are marking their passing. Biology these days happens in the DNA lab. As a result, there are fewer and fewer field biologists to raise red flags about insect decline. But if swallows could, they would.

What’s happening is in fact an insect Armageddon, particularly in developed countries.

A study over 27 years in 63 protected areas in Germany found an alarming 82% decline in flying insects and a 76% decline in all insects. Africa’s not so bad, but the bug-on-your-windscreen test suggests we’re still in trouble.

In a detailed study over 20 years, Danish etymologist Anders Møller found the abundance of flying insects killed on windscreens decreased by more than 80%. Lower abundance of insect windscreen splats correlated with lower numbers of three species of aerially insectivorous birds, particularly swallows, and the rate at which they fed their nestlings.

Let’s look at the wider implications beyond the crisis for swallows. We live in an invertebrate world. Of all known species, fewer than 5% have backbones. The other 70% are insects. They’ve been on Earth far longer than humans. In many ways, they created the world we live in.

It’s easy to care about iconic mammals. We could soon be living on a planet without rhinos, elephants, mountain gorillas, lions and tigers. For sure it would be a sad place.

But the possibility of invertebrate extinctions is to confront a different order of loss. So much will disappear before we even knew it existed. Harvard entomologist EO Wilson estimates that without insects, humanity would last just a few months. The result would be a food-chain cascade to the bottom.

Most amphibians, reptiles, birds and mammals would go next. Flowering plants would be history. The planet would become a compost heap, covered carcasses and dead trees that couldn’t rot. Fungi would have their day then they too would die off.

The Earth would revert to what it was like 440 million years ago, when life was just beginning to colonise the soil – a silent place of mosses and liverworts waiting for the first invertebrate brave enough to try its luck on land.

So we need to pray for more insect smears on our windscreens, moths round our candles and butterflies in our radiators. Let’s nurture the caterpillars that become butterflies, leave the grasshoppers on our lawns, be happy about crickets in our gardens and stop hitting them with insecticide.

For a start, maybe make this a Be Kind to Bugs Month. We need them much more than they need us. And if swallows are to be around to herald spring, they need them too. DM/ML