We need the decuplets distraction in these days of mise...

We need the decuplets distraction in these days of misery 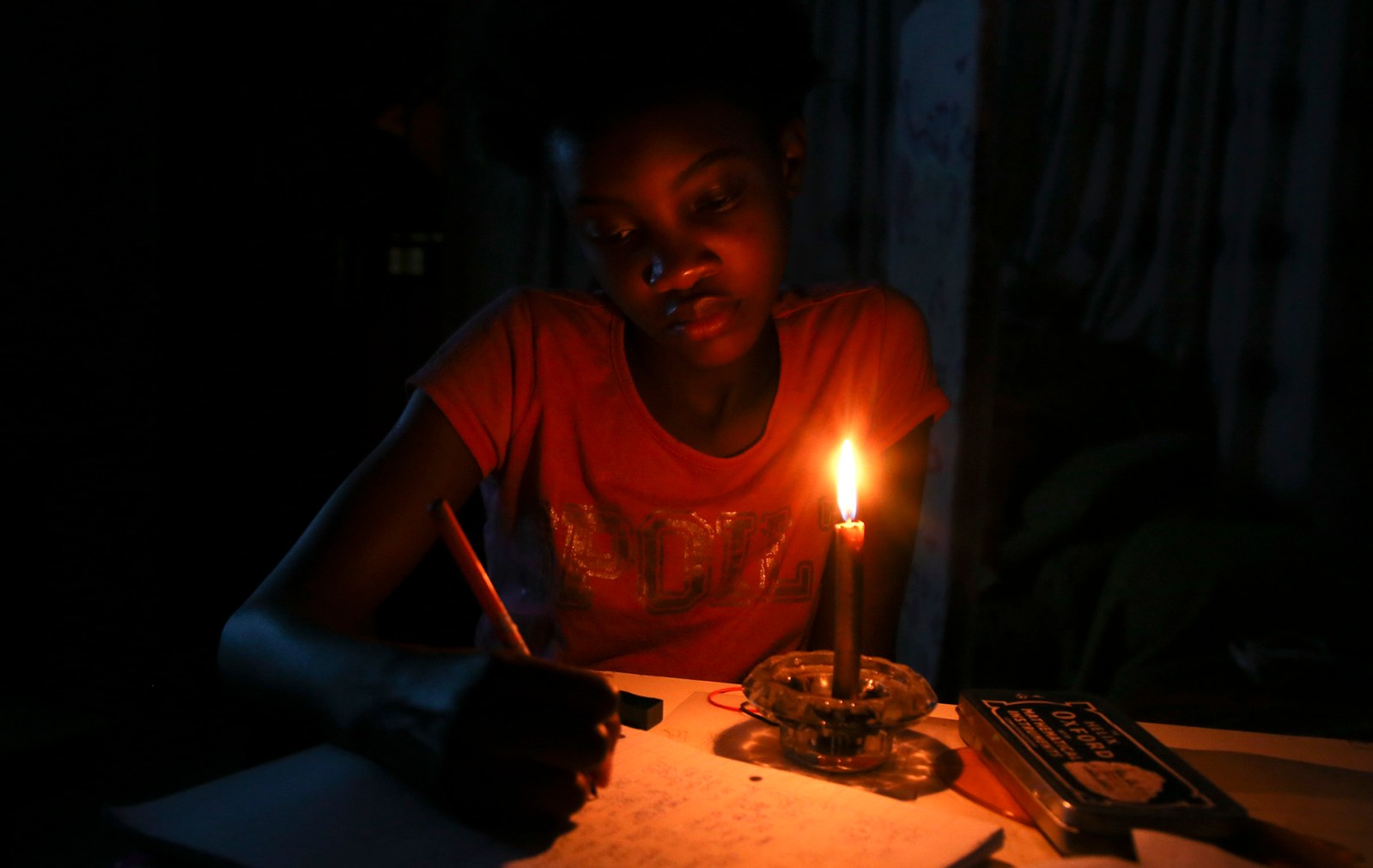 A general view of a student studying by candle light during load shedding on February 16, 2020 in Johannesburg, South Africa. (Photo by Gallo Images/Luba Lesolle)

Now, we were engrossed in whether it is possible for the woman to deliver five of the children naturally and the other half by caesarean section. It was and remains a welcome distraction because our lives are pathetic.

Ah, South Africa! Our country can be accused of many things, but boring is not one of them.

For the better part of the week, the entire country was caught up in an emotional see-saw, arguing over the existence or lack thereof of 10 babies allegedly born to a Thembisa mother.

As I wrote this column, the conundrum remained amid the confusion created by various government departments: one confirmed the existence of the decuplets (a word that did not exist in my vocabulary until last week) while others denied that such an extraordinary birth took place at any of the hospitals in the Gauteng province.

And so South Africa was distracted for a moment as the social media sphere and newsrooms were divided over the story.

That said, I still don’t believe the 10 babies exist. If they do, then my grandmother is alive. Journalism has the basic tenet that every story should answer the 5Ws and an H – that is, Who, What, Where, When, Why and How.

If a story fails this basic test, my journalistic sense tells me it’s a tall tale. But that’s a story for another day.

For a moment, we forgot the miserable week we have had: ramped-up power cuts as Eskom announced Stage 4 load shedding, and positive daily Covid-19 cases doubling to more than 8,000 over a 24-hour period.

Now, we were engrossed in whether it is possible for the woman to deliver five of the children naturally and the other half by caesarean section. It was and remains a welcome distraction. Our lives are pathetic. Add to that the cold winter weather and the resultant shortage of gas and our woes multiply.

More important, though, was the launch of the 2021 local government elections by the Electoral Commission of SA (IEC) on 9 June, marking the countdown to the 27 October election.

There is also the outstanding review by former Deputy Chief Justice Dikgang Moseneke, who has been tasked with making a determination as to whether conditions in the country are conducive for a free and fair election being held.

And there is also the crucial role of the minister of Cooperative Governance and Traditional Affairs, who, according to the law, is supposed to proclaim the election date.

This brings one to the next question, where is Dr Nkosazana Dlamini Zuma? Apart from the fleeting moments in which she would drag herself to press conferences to update the country on the latest Covid 19 lockdown regulations, she seems to have recoiled into her shell. In a crucial local government election year, one would expect more visibility from the minister.

We have also heard nothing from this crucial ministry as governance and service delivery continues to deteriorate at local government level. The pilot district  for the much-vaunted District Development Model – announced by President Cyril Ramaphosa in 2019 – is collapsing.

The district model was meant to integrate planning between the three spheres of government and align national departments with district municipalities to ensure that service delivery would be attended to faster than is currently the case.

Well, the Eastern Cape’s OR Tambo District  Municipality, which was identified as the pilot site for the project, has been run into the ground.

Service delivery has come to an abrupt standstill. Two warring ANC factions are running parallel management structures and two councils loyal to the clashing regional political powermongers are in place. There are two speakers, each appointing their own municipal manager and sectional managers. One faction has fired the district mayor, Thokozile Sokhanyile.

Not a sound from national government. The provincial government seems to be twiddling its thumbs.

In South Africa, if service delivery is slow, then government intervention is even slower.

This past week, the South African Municipal Workers in the Eastern Cape called for the dissolution of the council and for OR Tambo District to be placed under administration.

OR Tambo is not only the Eastern Cape’s biggest district but also the home to 20% of the province’s population of 6.5 million.

I guess placing OR Tambo under administration would be embarrassing for the governing party. It would be an admission of the failure of the district development pilot project, and for no other reason than the age-old South African problem – the ANC’s warring factions.

The same can be said of the majority of North West municipalities, which are under administration, governance having collapsed.

The office of the Auditor-General will release the audit outcomes of municipalities by the end of this month, and that will make for depressing reading – as usual. Nothing has changed.

We need another distraction. Has someone found those 10 babies? DM168