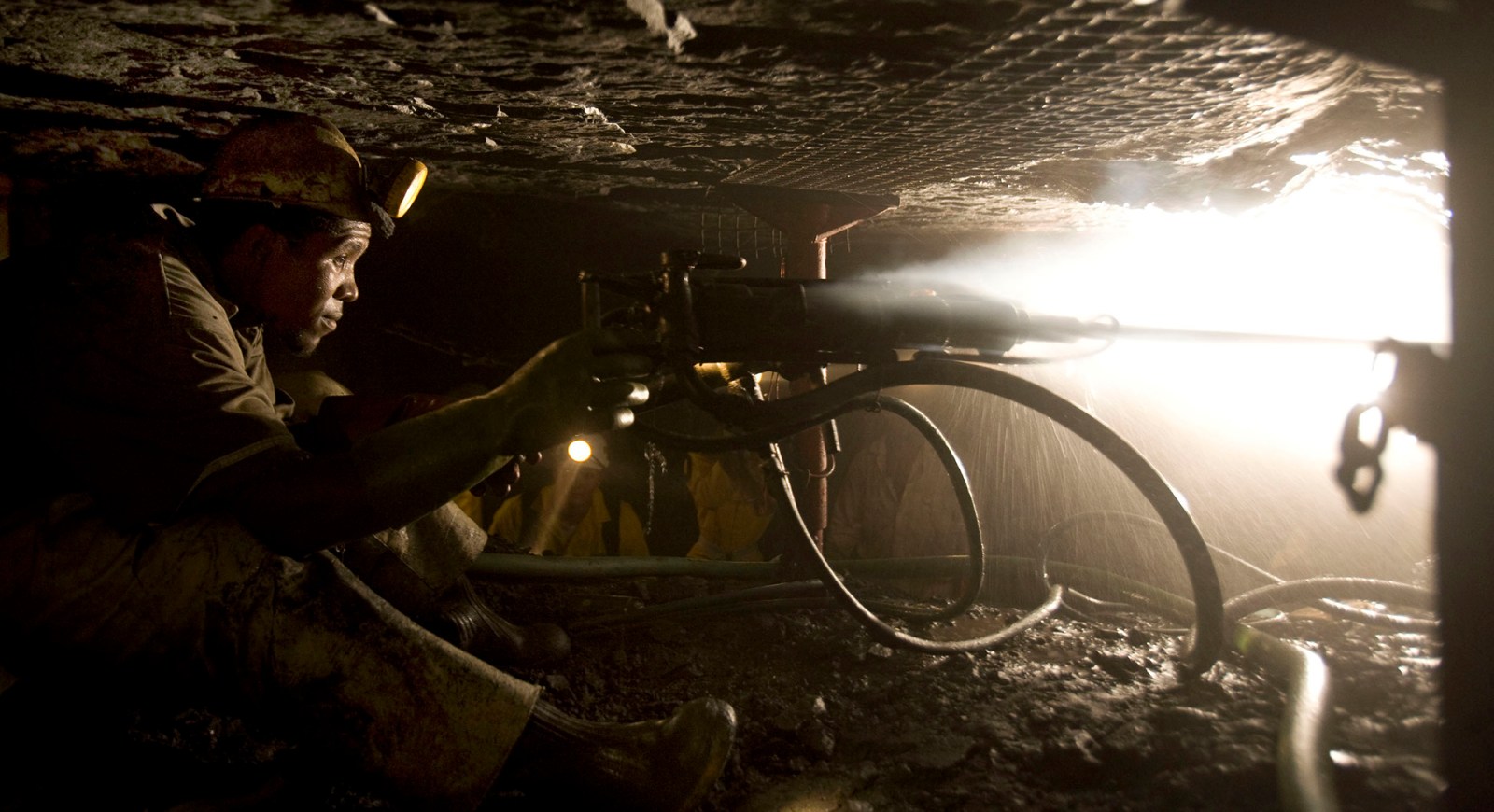 A mineworker uses a drill on the rock face as he works deep underground. (Photo: Nadine Hutton / Bloomberg via Getty Images News)

SA’s terms of trade – a ratio between export and import prices – remained in positive territory and improved for a record seventh consecutive quarter in the first quarter (Q1) of 2021. Commodity prices are the key driver here, and judging from the performance of the mining sector in April, that trend is set to continue.

When an economy’s terms of trade (TOT) are in the red, the calculation used by economists will add up to less than 100%. That effectively means the amount of capital leaving a country’s shores exceeds the amount coming in. When the TOT is in the black, its reading is over 100%, signifying more capital is coming in than leaving. That’s a good thing.

In its quarterly breakdown of the nation’s current account on Thursday, the South African Reserve Bank (Sarb) said the terms of trade had improved for the seventh consecutive quarter – a record run.

“The improvement resulted from a further rise in the rand price of exports of goods and services alongside a lower price of imports,” Sarb said in its usual clinical manner.

The balance on the current account of the balance of payments is also positively robust.

“As a ratio of gross domestic product (GDP), the current account surplus widened to 5.0% in the first quarter of 2021 from 3.7% in the preceding quarter,” Sarb said.

South Africa’s trade surplus widened in Q1 2021 to R430-billion from R425-billion in the previous quarter.

Surging commodity prices, notably for platinum group metals (PGMs) and iron ore, are the main drivers behind this trend, which is one of the economy’s few bright spots. It’s also one of the main reasons for the rand’s gains in the year to date – gains made in the face of historically low domestic interest rates.

The positive terms of trade trend looks set to be maintained this year.

South Africa’s mining sector began Q2 with guns blazing. In April, mining production soared 116.5% year on year, Statistics South Africa said on Thursday. That was in part a reflection of base effects as output in the sector fell 47.3% year on year in April 2020, the first full month of the hard Covid-19 lockdown. But on a month-on-month basis, the rise was only 0.3%.

The area where the guns really blazed was in mineral sales, which roared 152.7% higher year on year on the back of significantly higher prices.

Sales in the PGM sector went through the roof, rising a breathtaking 465.9%.

This points to the trade balance, the current account and the terms of trade all remaining in strongly positive territory this quarter. It also sets the mining sector up for a strong set of results in the next spate of earnings releases. DM/BM