SA business confidence rises from the ashes of 2020, but more jobs must be created 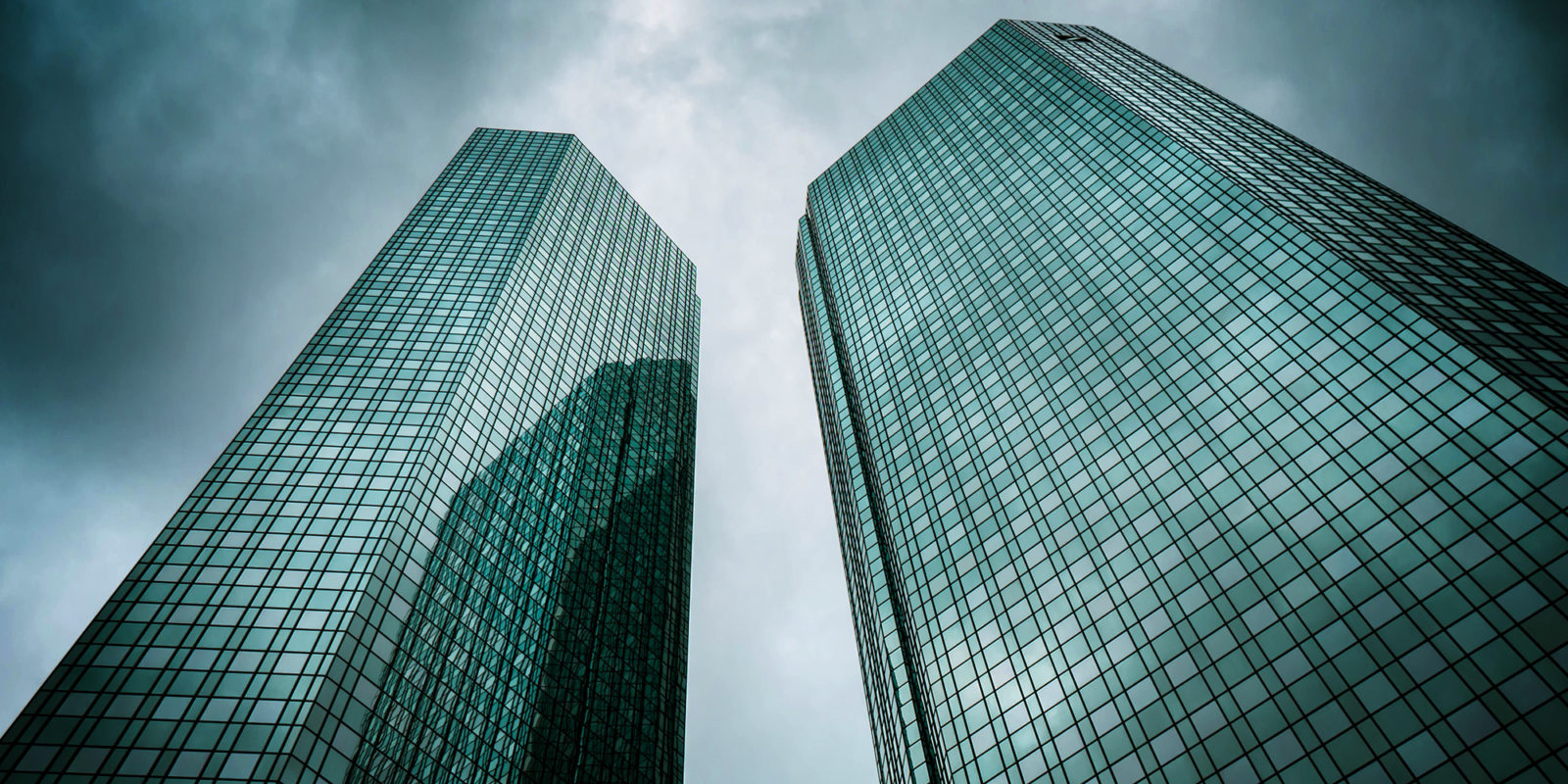 The South African Chamber of Commerce and Industry (Sacci) Business Confidence Index (BCI) rose in May to 97.0 from 94.7 in April.

In May last year, it was at a record low of 70.1 and its 2020 average of 86.5 was the lowest since it was launched in 1985, when there was a state of emergency, sanctions and massive capital flight.

From such depths, one would hope things would go up. 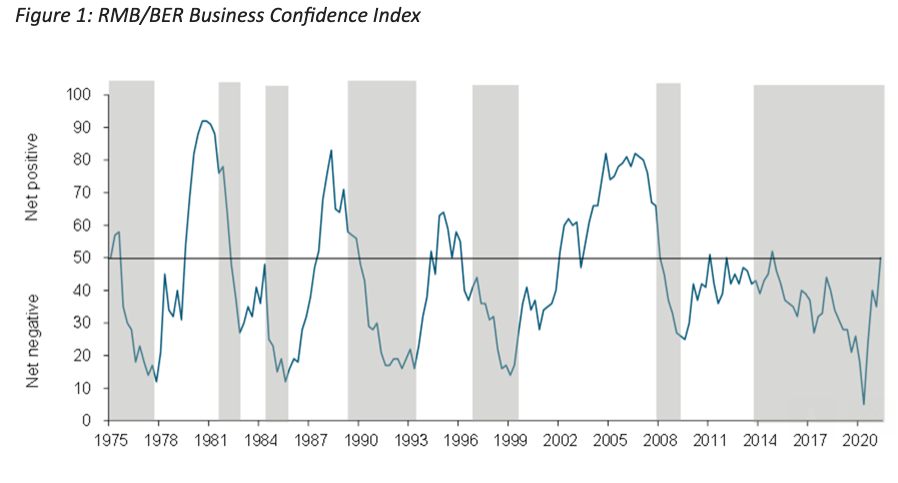 “Significant increased volumes of merchandise exports… made the biggest positive annual impact on the business climate,” said Sacci. But it noted that retail sales and credit extension remained constrained, and that unreliable power supplies were a drain on business confidence. Underlining this point, Eskom is in load shedding mode most of this chilly week.

“The effect of the uncertainty of possible lockdowns and the vaccination process for Covid-19 continues to impede the normalisation of the business climate and economic activity,” it said.

Precious metals prices and the rand exchange rate are among the “business climate indicators” that have climbed out of the Kimberley-sized hole that opened in May last year. Energy supplies are among the indicators that are still in decline – a salient reminder that Eskom was only “reliable” a year ago because the economy was in full meltdown.

For its part, the RMB/BER Business Confidence Index – which is measured quarterly – made a significant 15-point jump in Q2 to the neutral 50 level, from 35. The 50 reading was the highest in seven years, which is a bit of a surprise. But then sentiment was crushed under the weight of the lost Zuma years. 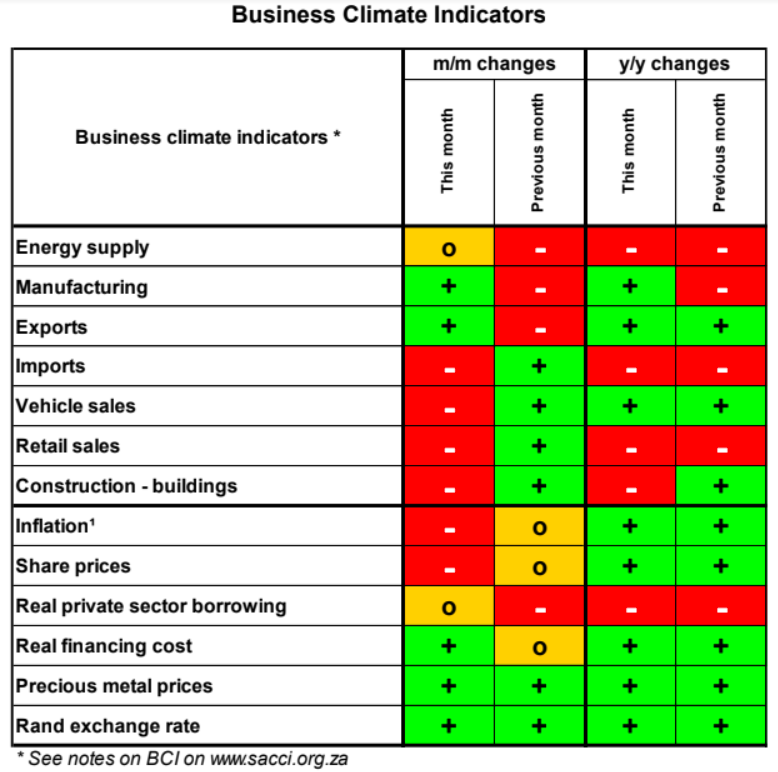 Last year, it crashed to a low of five in the face of the initial hard lockdown to contain the pandemic.

“The demand for new buildings remained lacklustre,” it said. This is probably in part a reflection of the pandemic’s impact on work habits as many offices remain relatively empty – so who needs more?

And more broadly, the economy remains starved of badly needed investment. This was underscored by this week’s GDP release, which showed that while the economy grew on an annualised basis by 4.6% in Q1, gross fixed capital formation declined 2.6%.

“In the end, for the current cyclical economic recovery to develop into a durable business cycle upswing, jobs must be created, and for that to happen, fixed investment must accelerate,” said Ettienne le Roux, chief economist at RMB. BM/DM

Karpowership fluffs its lines: Horrible PR reveals all we need to know