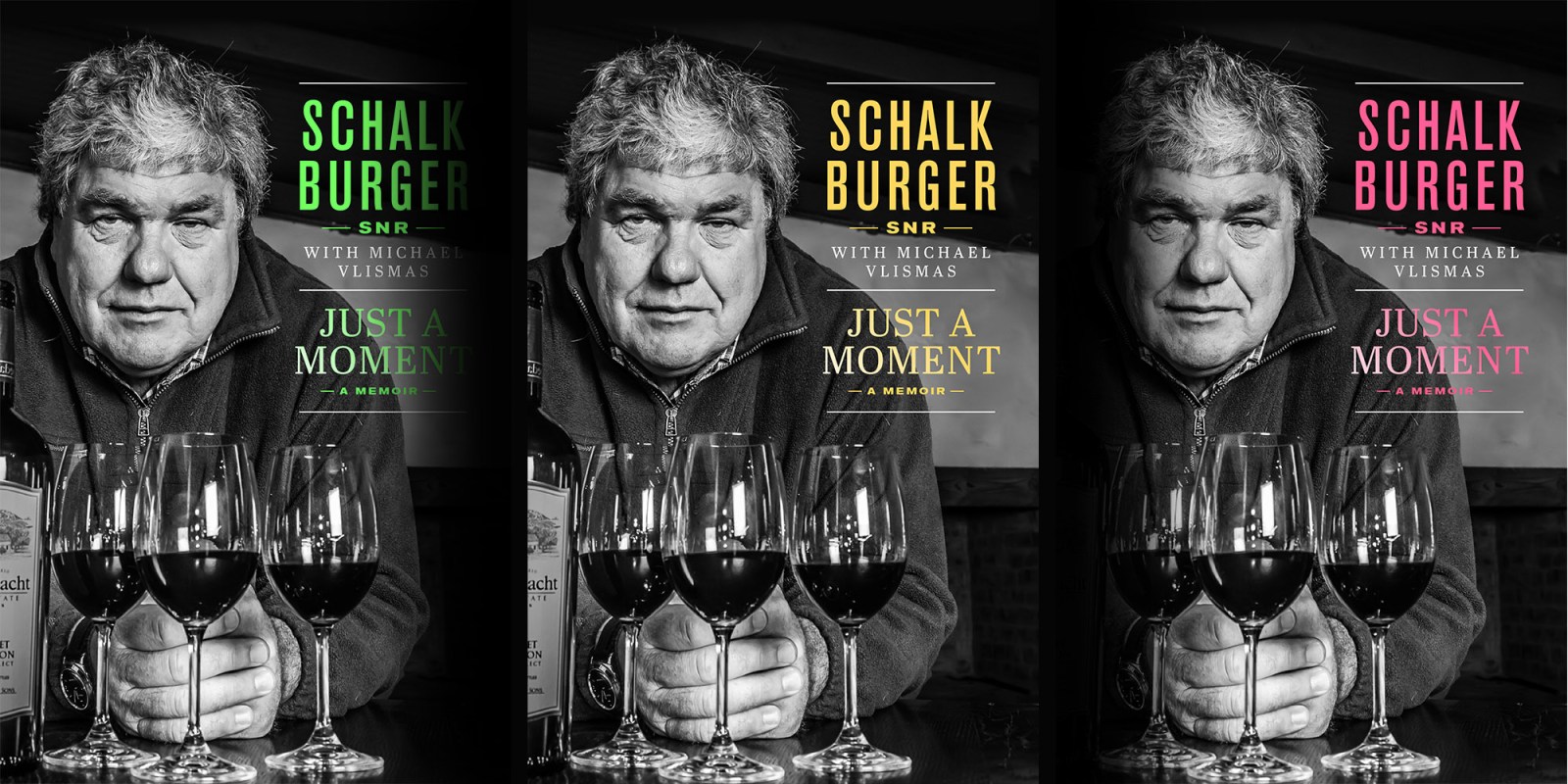 Rugby legend and businessman, wine farmer, cultural custodian and musician Schalk Burger Snr describes a bizarre phone call from construction mogul Graham Power relaying a message from God and a request from Cheeky Watson to wash his feet — and the intrigue behind Watson’s attempts to get his son, Luke, selected as a Springbok. Just A Moment - A Memoir is published by Jonathan Ball.

Schalk Burger Snr is a former Springbok rugby player and businessman. He runs Welbedacht wine farm in the Western Cape. Michael Vlismas is an award-winning sportswriter who has written several books, including ones with Gary Player and Tim Noakes.

Myra and I were just coming out of Makro when my phone rang. It was Graham Power of Power Construction. He was frantic. He said that he’d received a message from God and had to see me urgently. Now, I’m a Christian man, and as far as I’m concerned the Lord does not just appear with a message for me and I don’t decide to hear what the message is. So I told Graham to come and see me. The message he had for me caught me completely off-guard.

The following Sunday, Graham sat down in our house and said that God had told him that his sole purpose in life was to bring the Watson and Burger families together. More specifically, Graham informed me that Daniel “Cheeky” Watson wanted to meet with me so that he could wash my feet and begin the process of forgiveness between our two families.

All of this had its beginnings in 2007, when Cheeky went to the media calling me and Johann Rupert members of a mysterious “third force” in South African rugby. This was at a time when Schalk Jnr and Cheeky’s son Luke were vying for the same position in the Springbok team.

It was a disgusting time for all concerned. What should have been nothing more than a team selection decision became a bitter controversy. Cheeky called for the removal of the Springbok emblem, Luke said he had to stop himself from vomiting on the Springbok jersey and the then Springbok coach, Jake White, was accused of favouring the old Afrikaners through my connections and my son’s heritage. It was ridiculous.

White had already clearly stated his reasons for playing Schalk Jnr at openside flanker. “I have five loose forwards that play consistently for South Africa,” White stated during a press conference in 2006. “They’ve done consistently well. I have no say in the Stormers playing Schalk on the blindside as opposed to the openside, therefore I cannot judge Schalk Burger as a blindside flanker. He plays openside for South Africa. He was picked by the IRB as the best player in the world… Until he loses form at openside flank for South Africa, I’m very happy that between him, Solly Tyibilika, Wikus van Heerden, Joe van Niekerk, Pedrie Wannenburg, Jacques Cronjé and AJ Venter I’ve got enough cover in that position to carry forward.”

But the issue became a highly politicised melodrama. And Cheeky delighted in fanning the flames of the drama, which included making outlandish statements about a third force. If anything, the Bosasa scandal that rocked South Africa in January 2019 proved there was indeed a sinister third force at work, but it was in fact linked to the Watsons themselves rather than to me or Johann Rupert.

When it emerged that Bosasa CEO Gavin Watson, Cheeky’s brother, was deeply involved in the State Capture project involving former president Jacob Zuma and a host of high-ranking officials — arguably the biggest corruption scandal in South African history — it did not surprise me one little bit. Gavin was also involved in the failed R9-billion SeaArk marine farming project in the Coega industrial development zone. The other two Watson brothers, Ronnie and Valence, were both involved in the controversial Inyanda Roodeplaat wind farm project in the Eastern Cape, which was approved at government level despite serious concerns about its environmental impact on the birdlife in the surrounding Groendal Nature Reserve. In 2019, testimony by whistleblower Angelo Agrizzi before the Zondo Commission highlighted the conflicts of interest of various ministers with ties to Bosasa.

And then you had Cheeky at the helm of Eastern Province Rugby as it descended into a pitiful state, subsequently facing charges of fraud and money laundering.

Jake White would later admit that the Watson family had approached him directly through the lawyer Brian Biebuyck (later fingered by Agrizzi as a party to the Bosasa scandal) to include Luke in the Springbok squad, even going so far as to suggest that his tenure as Springbok coach could be extended beyond the Rugby World Cup in France in 2007. White’s successor, Peter de Villiers, inherited the Watson debacle. But Peter later said that Luke was not a team man, and he told how Cheeky had put immense political pressure on him to include Luke. Peter even suggested that Ronnie Watson had been behind the sex-tape scandal that had marred his coaching career.

In his now-infamous speech at a rugby festival at the University of Cape Town in 2008, Luke made the most outlandish claims. To me, it sounded like somebody desperate to create a cause for himself. He seemed to be whipping up a revolution purely to have something to define himself by. He made sweeping statements about his father and what a hero he’d been for daring to stand up against apartheid by participating in the Struggle.

I can probably understand a son wanting to believe these noble things about his father. But I need to question where Cheeky’s famed principles were when he played for Eastern Province against the touring All Blacks in 1976, the year of the Soweto uprising? You either stand for something or you don’t — there are no half measures. Unfortunately, though, my experience of Cheeky and the rest of the Watsons, even in those days, told a radically different story.

Then Luke claimed that Doc Craven had declared that a black man would never play for the Springboks. Excuse me? I don’t recall him ever saying that. Did Luke ever play under Doc? Did he spend hours having tea with Doc and talking to him? As I’ve already pointed out, Doc left his beloved church because of the government’s stance against allowing Maori players in the All Blacks team.

It was Doc who in 1975 had the vision for a South African Under-21 team, which he saw as an opportunity for players of colour to eventually make their way into the Springbok team. Luke then quoted his own father, claiming that South African rugby was rotten to the core. Now, let me state this plainly: South African rugby had, and still has, plenty of issues with which to occupy itself. And yes, it always was, and still is, an arena beset with politics, backstabbing and controversy. But I found the whole “rotten to the core” statement a bit rich coming from a family that was itself far from the perfect embodiment of the new South Africa that they purported to represent.

So, with this background, my family was now being drawn into the political cesspit that was the world of the Watsons. Schalk Jnr did his best to try to focus on what he could control, namely, his own performance in the Springbok jersey. And I am incredibly proud of the way he handled the situation and moved on in his career. I even remember the match between the Stormers and the Sharks in the Super 14 at Newlands in May 2007 when Schalk put out his hand to shake that of Luke, who was coming on as a replacement, and how Luke just ignored him.

All of this was going through my mind as Graham sat before me with the request to meet with Cheeky and allow him to wash my feet. DM