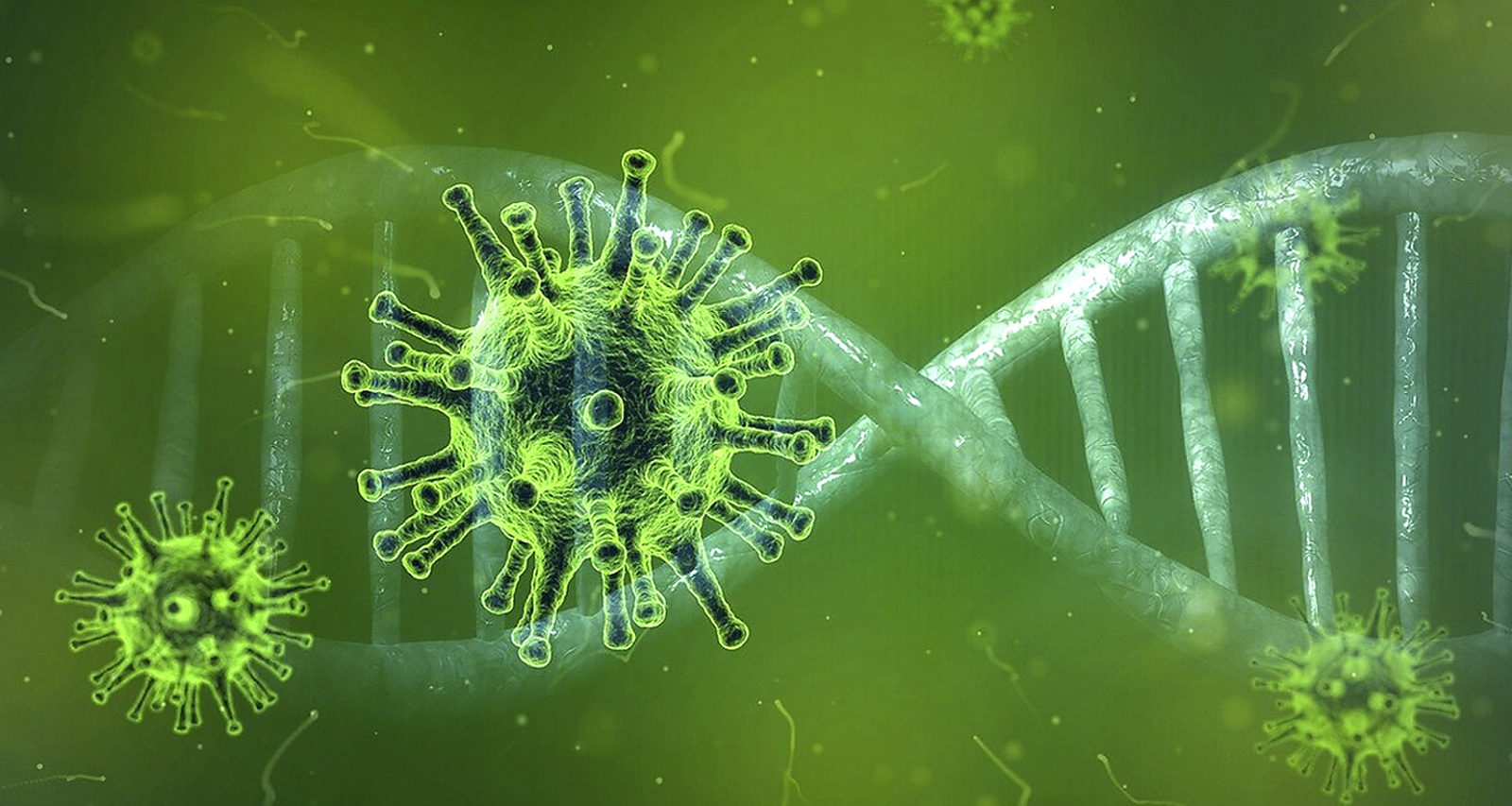 An experimental Covid-19 vaccine currently in Phase I trials being run by the University of Cape Town has a unique design that might allow it to offer better protection against current and future variants of the SARS-CoV-2 virus. (Photo: clinicaltrial)

An experimental Covid-19 vaccine currently in Phase I trials being run by the University of Cape Town has a unique design that might allow it to offer better protection against current and future variants of the SARS-CoV-2 virus. Elri Voigt provides an update on the trial and unpacks the science behind this vaccine candidate.

In February the University of Cape Town announced that a group of its researchers is expected to start a Phase I clinical trial of an experimental Covid-19 vaccine produced by the US company ImmunityBio. The experimental vaccine differs from current Covid-19 vaccines because it is designed to be more robust against the emergence of new variants.

Things have progressed significantly in the more than three months since then.

The second chair in the Department of Medicine at UCT and a co-investigator on the trial, Prof Graeme Meintjes says the Phase I trial, which started in March at the Wellcome Centre for Infectious Diseases Research in Africa’s (CIDRI-Africa) Khayelitsha clinical research site, has started and is still ongoing. Vaccines are usually only approved after findings from phase III trials have been published.

He says the first two cohorts of ten participants each have been enrolled and both received two subcutaneous injections of the vaccine, three weeks apart. One cohort received a higher dosage than the other.

“The purpose of that was to assess safety, so participants were followed up very carefully for side effects and for reactions to the vaccine. And the review of that suggests no major safety concerns,” he says. He adds that the Phase I trial design has since been adapted to include four more cohorts. This has been approved by the South African Health Products Regulatory Authority (Sahpra), but the UCT ethics committee still needs to approve this before they can continue.

The four additional cohorts will include people who have had Covid-19 because the researchers want to look at the effect the vaccine will have on boosting existing immunity against Covid-19. Each cohort will have ten participants, bringing the expected total number of participants for Phase I to 60 people.

The researchers will measure whether a person’s immune system can be sufficiently boosted through these different routes of administration.

“We’ll be measuring the antibody responses as well as the T-cell responses to the vaccine, but we do not have results yet,” says Meintjes.

The trial will continue at the Khayelitsha clinical research site, with participants and volunteers coming from across Cape Town. “We would hope to complete enrollment within the next two months… pending approval from the ethics committee,” says Meintjes.

Meintjes confirms plans are underway for a larger Phase II and Phase III trial in South Africa, which will be headed by the South African Medical Research Council (SAMRC).

Details of the trial design will however only be made public once Sahpra has given the green light for the trial to proceed. It, for example, remains to be seen to which vaccines the ImmunityBio vaccine will be compared — we think it is unlikely that placebos will be used in future trials given that we already have vaccines that work very well.

What makes this vaccine different?

Meintjes explains that right now, most of the Covid-19 vaccines are designed to produce an immune response against the spike protein of the virus. Yet, this particular part of the virus is prone to mutations, which have given rise to the different variants of the virus that have been seen worldwide.

According to the head of the Department of Clinical Virology at Lancet Laboratories, Prof Eftyhia Vardas, the spike protein is the part that sticks out of the surface of the virus. “[It] is used as the receptor binder. It’s like a lock and key mechanism that binds on your own cells… It binds to that, locks in, and actually infects the cells,” she explains.

She adds that in order to evade attacks by the immune system, the virus mutates and becomes unrecognisable to our immune system.

This often happens with other viruses, like the influenza virus, but the SARS-CoV-2 virus is very clever, says Vardas because it is mutating at the spike protein, at the site where it binds with the human receptor cell.

The ImmunityBio vaccine seeks to combat the mutations in the spike protein by adding an extra line of defence. It aims to offer a two-pronged or dual defence, says Meintjes, because the vaccine contains two proteins from the SARS-CoV-2 virus.

He says the vaccine still contains the spike protein, as well as a more stable protein, the nucleocapsid.

The nucleocapsid, Meintjes says, is found on the inside of the virus and is involved in the packing of its genetic material. So far, he says, the nucleocapsid of the SARS-CoV-2 virus appears to be less prone to mutation and remains more stable over time.

He explains that targeting nucleocapsid could potentially provide more durable and long-term protection against different variants of the SARS-CoV-2 virus because the immune system will recognise the nucleocapsid even when the spike protein changes.

“The hope is that by including the nucleocapsid you would generate a vaccine response that covers emerging variants, those that have emerged and those that might emerge in the future,” he says.

In this case, the human adenovirus known as hAd5 is simply the carrier or vehicle that gets the two proteins of the SARS-CoV-2 virus into the body so it can be seen by the immune system.

However, according to Hanekom, if you have previous immunity against the adenovirus (which causes the common cold) being used in a vaccine because you have been exposed to it before, the immune system will destroy it before it is exposed to the SARS-CoV-2 proteins. This is why the human adenovirus used in the ImmunityBio vaccine (hAd5) has been modified, so it is now a second-generation adenovirus.

Using nucleocapsid in the ImmunityBio vaccine might enhance the immune response to SARS-CoV-2 in other ways. Meintjes says the vaccine is specifically designed to elicit strong T-cell responses to the nucleocapsid, and such responses have been observed in animal studies.

“Obviously one purpose of these studies is to see whether this design element generates those strong T-cell responses in humans as well,” he says. “All Covid-19 vaccines elicit T and B cell responses, it’s not one or the other. But this (vaccine) is specifically designed to enhance those T-cell responses.”

Naicker explains that B-cells and T-cells are part of the body’s adaptive immune response, which is activated by the immune system being exposed to a foreign protein, in this case, the SARS-CoV-2 virus. The first time your immune system is exposed to the virus, you will develop antibodies to it, through B-cells, Naicker says. When you come into contact with the virus again, you already have those antibodies, in the form of memory B-cells.

“This is what a vaccine does. A vaccine contains an antigen (part of the virus) and once injected stimulates an immune response that will block or destroy a virus,” she adds.

Vardas says that with the ImmunityBio vaccine, B-cells and memory B-Cells will be formed that will remember the spike protein and the nucleocapsid and how to attack it. She likens this to a sniper attack. She explains that when a memory B-cell detects the spike or nucleocapsid protein, it signals for the production of B-cell antibodies. These antibodies then coat the outside of the virus, which signals the T-cells to attack and essentially “eat up” the virus-infected cells.

There are two types of T-cells, explains Vardas — CD4 cells which attack the virus, and CD8 cells, which also form a memory cell as the B-cell does. “You’ll have groups of CD4 and CD8 cells that are spike protein-specific and groups that are nucleocapsid specific so improving that kind of attack to two sides of the war,” says Vardas. DM/MC