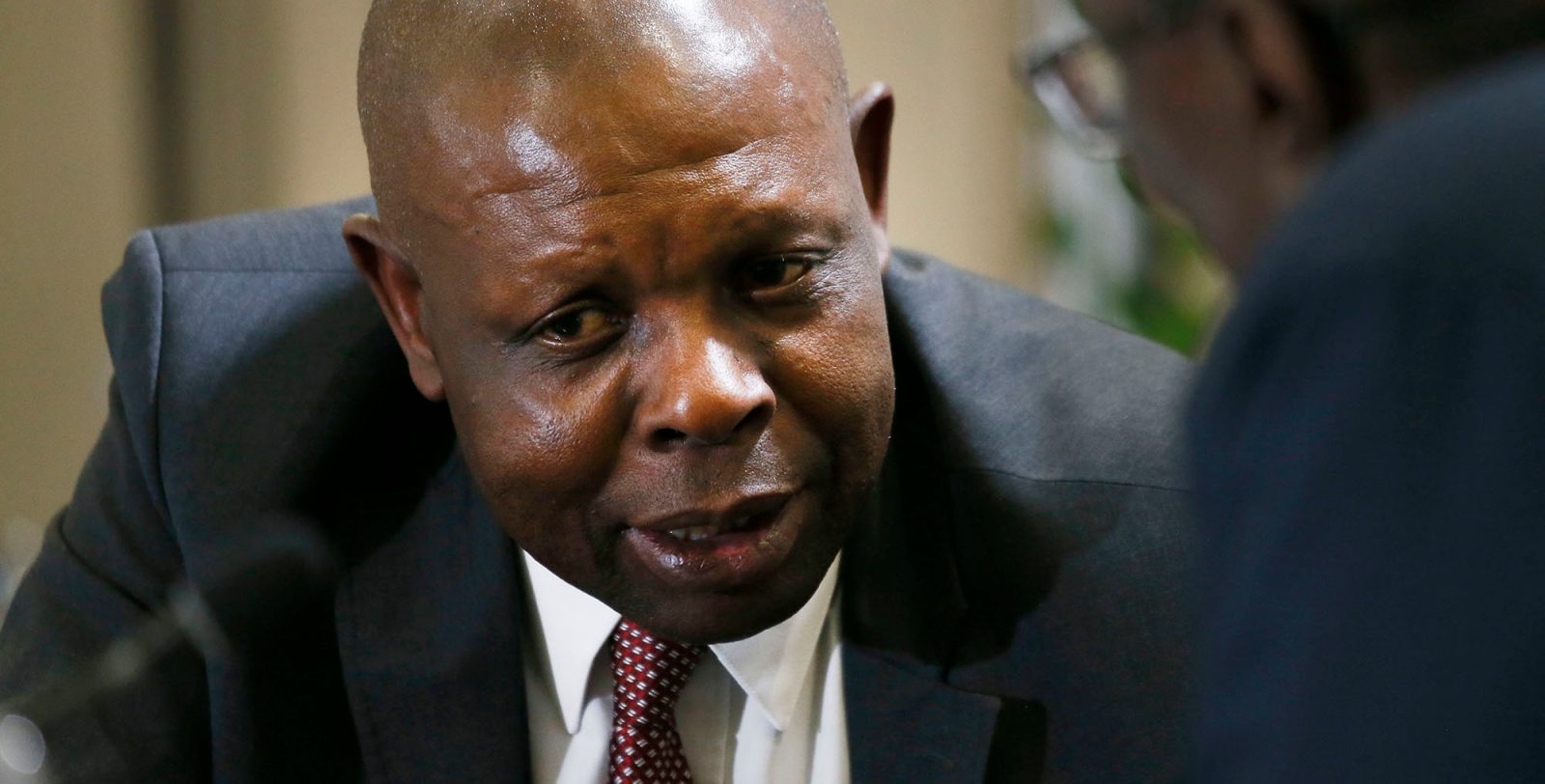 The finding by a Judicial Conduct Tribunal was unequivocal – the Judge President of the Western Cape, John Hlophe, had tried to influence judges of the highest court of the land to violate their oaths of office in favour of then-president Jacob Zuma in 2008.

The tribunal unanimously found in April 2021 that: “Judge President Hlophe is guilty of gross misconduct as envisaged in Section 177 of the Constitution.”

Hlophe will be the first judge in democractic South Africa to be impeached should some members of the Judicial Service Commission (JSC) locate their ethical compasses during the now delayed vote on the tribunal’s scathing findings.

Hlophe’s suspension was set to be decided on Friday, 4 June, by a “small” JSC of 14 (minus National Assembly and National Council of Provinces members) but the final verdict has been postponed to 30 July because of a “deadlock”, Daily Maverick has reliably learned.

Just how those who make up the JSC deliberating on the findings of the three-member tribunal chaired by Judge Joop Labuschagne could “not reach consensus” is mind-boggling, though not entirely unexpected.

The JSC has for years waded through treacle in holding judges to account, and particularly Hlophe.

What the postponement indicates is that not all JSC members believe Hlophe is guilty of gross misconduct and should be suspended ahead of a parliamentary vote on his potential removal from office.

Both “sides” have now been requested to write up their dissenting rulings, which should flush out those members of the JSC who have come out to bat for Hlophe. And put them on record.

These competing rulings will then be voted on, which will again expose where the rifts in the JSC lie and what legal argument will be forwarded that could possibly justify Hlophe’s continued tenure as Judge President of the Western Cape.

Hlophe has over the years slandered and accused many of his fellow judges. In fact, the tribunal condemned Hlophe’s conduct in relation to his accusations that former Chief Justice Pius Langa, and former Deputy Chief Justice Dikgang Moseneke had “manipulated facts” and had harboured a “political” motive for getting “rid” of him.

Hlophe has called his deputy, Patricia Goliath, a “nonentity” and has even accused Chief Justice Mogoeng Mogoeng of being a liar and Islamophobic.

“We consider it our duty to vindicate the integrity of the Justices of the Constitutional Court, in particular Chief Justice Langa, Deputy Chief Justice Moseneke, Justice [Bess] Nkabinde and Justice [Chris] Jafta, whose integrity has been called into question by Judge President Hlophe’s unfounded and scurrilous attacks. They acted with honour to protect the institutional integrity of the apex court of our Republic,” the tribunal found.

The JSC confirmed the decision has been delayed with regard to a recommendation to President Cyril Ramaphosa that Hlophe be suspended prior to his impeachment inquiry.

Hlophe’s protectors are finally in the spotlight and how they justify his remaining on the Bench will also expose the depth of capture of the slothlike JSC. DM