Do kleptocrats call the shots at the UN? Its special session against corruption was a wasted opportunity 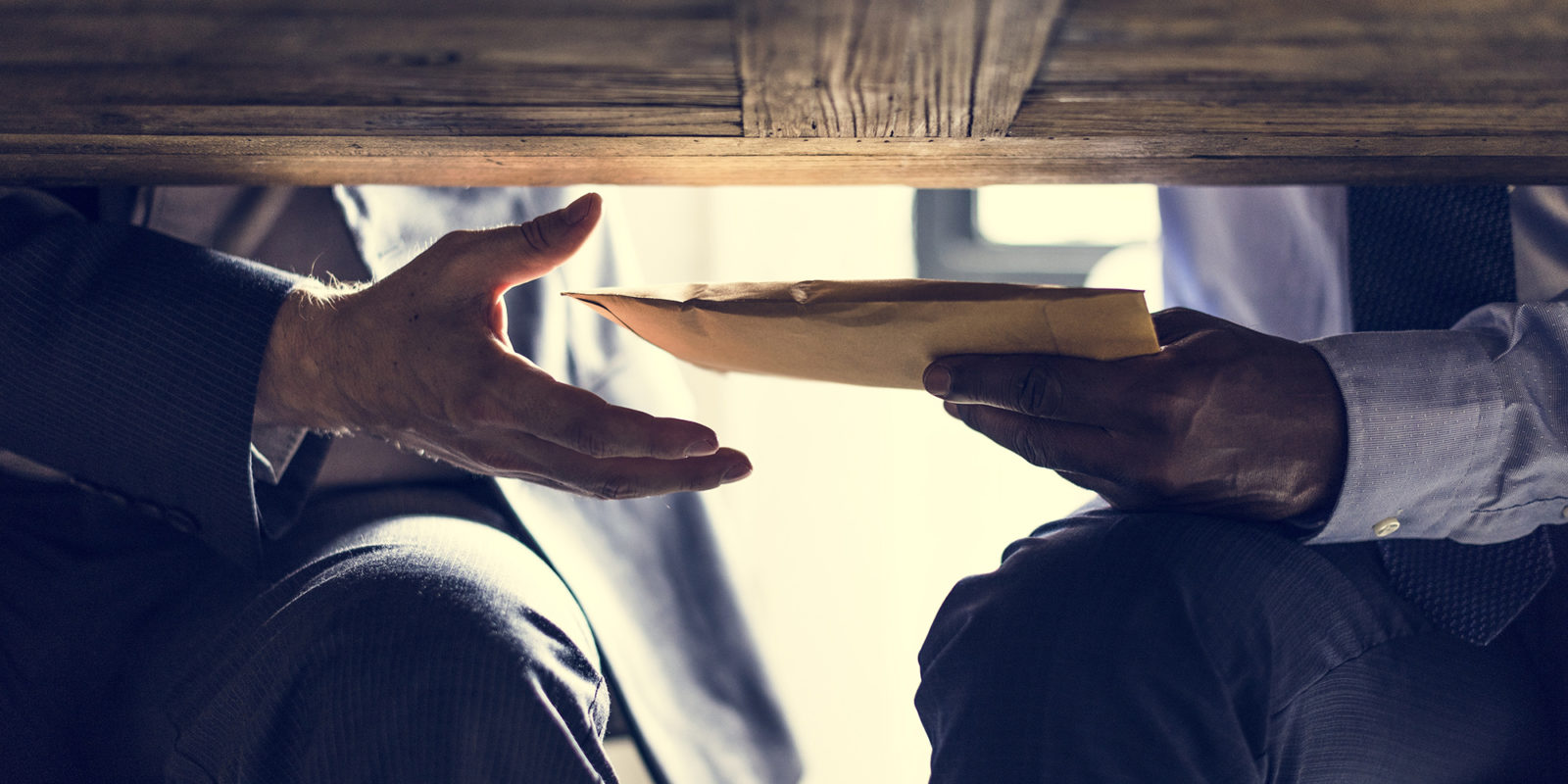 Kleptocrats in many countries use their control of the police, prosecutors and sometimes even judges to create impunity for those who engage in grand corruption. The complacency of the UN General Assembly in the face of the destructive force of transnational corruption is a shame, but unfortunately predictable.

Judge Richard Goldstone and Paul Hoffman are both on the board of Integrity Initiatives International and with Accountability Now.

On 1 June 2021, the UN General Assembly held its first-ever Special Session (Ungass) against Corruption. However, what could have been a signal moment in efforts to tackle the paramount obstacles that grand corruption and kleptocracy pose to achieving the UN Sustainable Development Goals, and all manner of other pressing corruption-related challenges to peace, progress and prosperity in the world, went wasted.

Given the irresolute posture of the UN General Assembly, it is time for the international anti-corruption community to shift its attention to creative solutions for countering corruption. Perhaps more nimble international groupings like the G7, which holds its next summit from 11-13 June 2021, will be more receptive. One such creative solution is the establishment of an International Anti-Corruption Court (IACC) that could hold corrupt national leaders accountable when national courts are either unable or unwilling to enforce their own national laws, or a new international counterpart.

More than 100 concerned former government, intergovernmental, business and civil society leaders have signed a declaration of support for such a court at this critical juncture in the fight against corruption and kleptocracy.

Well before the special session was held, 96 international, regional and national civil society organisations signed a letter to the UN member states to call, at minimum, for the Ungass to create an intergovernmental working group “to develop technical proposals for new frameworks and mechanisms that would address weaknesses in the current international legal framework and infrastructure”. Integrity Initiatives International (on whose board the authors sit) worked with the International Chamber of Commerce and its national chapters to advocate for the creation of the working group. Despite their efforts, the proposal was not included in the final Ungass political declaration.

The political declaration, agreed by consensus among the UN delegations, is largely a recommitment to obligations that states must already adhere to under the UN Convention Against Corruption (Uncac) that entered into force in 2005.

Sadly, although 187 countries are party to the Uncac, which requires them to have laws against various forms of corruption, kleptocrats in many countries use their control of the police, prosecutors and sometimes even judges to create impunity for those who engage in grand corruption. In countries where corruption is the key mechanism that governs interactions between government officials and the private sector, anti-corruption laws are perversely used primarily to punish defectors from the ruling regime.

The complacency of the UN General Assembly in the face of the destructive force of transnational corruption is a shame, but unfortunately predictable. The special session largely admired the problem but side-stepped the adoption of any proactive new ideas. Where the shortcomings of the Uncac are addressed in the political declaration, the Ungass simply kicked the can down the road, inviting the Conference of the State Parties (COSP) “to identify gaps and challenges in the implementation of the Convention” and “within the international anti-corruption framework”, as well as to consider recommendations to address them.

What purpose does an Ungass serve if not to consider recommendations and to take action on the critical issue for which such a special session has been called? It is difficult to imagine that the COSP, which is hindered by the same politics of obstruction from kleptocratic member states, will do any better unless key countries can be galvanised to champion global processes to improve the enforcement of Uncac. Countering corruption is a political issue, not one of tinkering here and there with the provisions of treaties and laws. The lack of political will to take on the corrupt is an indication of surrender to the kleptocrats.

And during this pandemic period, the kleptocrats have been busy as ever. Democratic and authoritarian governments alike have rushed trillions in public funds for Covid-19 relief spending into circulation while suspending or ignoring existing transparency, accountability and anti-corruption enforcement mechanisms. Funds intended to support the victims of the dual public health and economic crises have been siphoned off by corrupt national leaders and their cronies.

Corruption can persistently strangle democracy and good governance even in countries like South Africa that have stringent anti-corruption legal codes and fiercely independent media. Not long ago, South Africa was a rising success story following its transition to democracy in the 1990s, before grand corruption eroded the development of healthy institutions.

Although corruption scandals led to the resignation of former president Jacob Zuma in 2018, the ongoing battle to hold him and his associates accountable for hollowing out the South African state at the public’s expense underlines the fragility of progress in a world where impunity for grand corruption is prevalent.

Where possible, it is worth emulating and supporting the national level overhaul of anti-corruption structures as was done in Ukraine following the 2014 Euromaidan Revolution. Facing vigorous backlash from powerful kleptocratic forces seeking to retain and regain power, national institutions such as the embattled High Anti-Corruption Court of Ukraine (HACC) require ongoing international support.

One way to do so is through the formation of regional anti-corruption courts or an IACC that would employ expert investigators, experienced international prosecutors and judges with a demonstrated ability to conduct criminal proceedings involving transnational financial networks. Judges of the HACC and other national courts could request the assistance of IACC investigators and judges in support of their work and when domestic cases prove too thorny to address at the national level, they could be referred to the IACC.

Unique in comparison to other international courts, an IACC would also have extensive jurisdiction to recover, repatriate and repurpose the proceeds of corruption if several of the major financial centres that kleptocrats routinely launder their money through were to join the court.

Kleptocrats will obviously be unwilling to join a court that threatens their power and assets, but given that they rely on transnational networks of bankers, accountants, real estate agents, accountants and lawyers to secure their stolen assets in stable, luxury markets across North America, Europe and beyond, they would not be able to shield their money from an empowered IACC.

The irrelevance of the outcome of the Ungass underscores that the General Assembly is unlikely to establish an IACC, but that does not mean the court is an impossibility. When the UN failed to take action to ban the use of landmines, which have disproportionate and horrific effects on civilian populations, motivated governments and NGOs came together to establish the Mine Ban Treaty outside the UN process in 1997. A leading catalyst behind the diplomatic negotiations regarding the treaty, then foreign minister of Canada Lloyd Axworthy, is a signatory to the Declaration in Support of an IACC.

More recently, the 2017 Treaty on the Prohibition on Nuclear Weapons was negotiated under the auspices of the United Nations and adopted by a General Assembly vote of 122 to 1, despite a lack of support from the permanent five members of the Security Council, all of which are nuclear-armed states. Indeed, although the Rome Statute establishing the International Criminal Court was negotiated within the United Nations, it was set up as an independent judicial body outside of the UN system.

The quest for justice, peace and freedom suggests there are no good reasons to oppose ending impunity for grand corruption. The lack of political will demonstrated at the Ungass is a disappointment, but it is by no means the end of the road for global efforts to strengthen the enforcement of anti-corruption laws. Many avenues remain for the nascent campaign to establish an IACC and they must be pursued with all haste.

Continued complacency from world leaders will only beget further deferment of justice for the victims of kleptocracy and jeopardise the existential efforts to combat pandemics, climate change and other endemic challenges to the detriment of all. DM