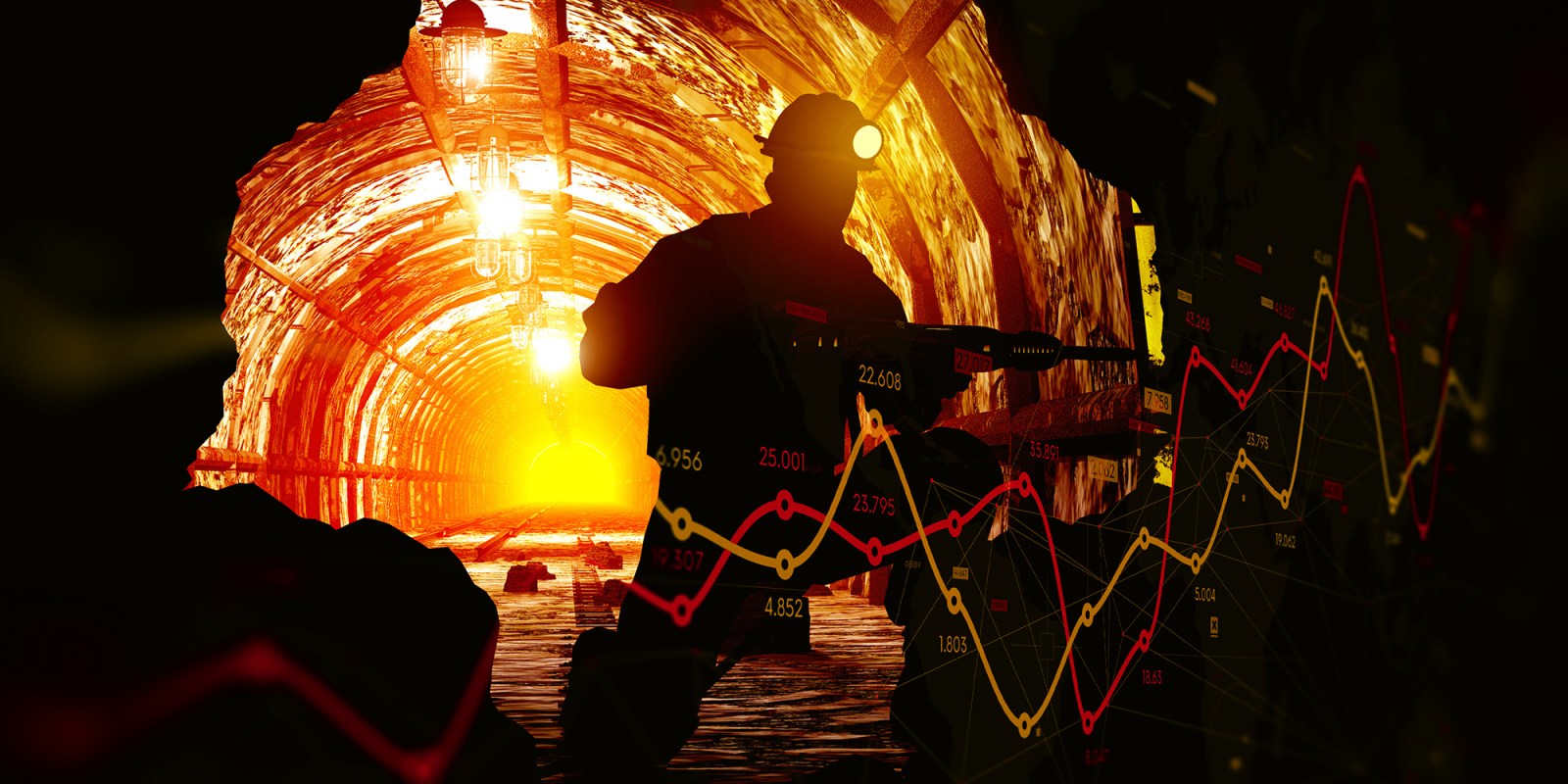 South Africa’s economy grew at a seasonally adjusted and annualised quarter-on-quarter rate of 4.6% in the first quarter (Q1) of 2021. The mining sector did much of the heavy lifting as its output rose 18.1%. But mining alone won’t extract this economy from the depths.

This follows a revised 5.8% annualised rise in Q4 of last year, down from the previous estimate of 6.3%. And the economy’s size and output levels remain well below pre-Covid levels. On a non-annualised basis, quarter-on-quarter growth was 1.1%, and on year-on-year terms the economy contracted 3.2%.

Still, the growth rate was above the consensus view, and the leading lights were mining and finance. Mining output rose a robust 18.1%, which is no bad thing as prices for key commodities surge. Mining accounted for 1.2 percentage points of GDP growth.

Finance, real estate and business services grew 7.4% and contributed 1.5 percentage points to the growth tally. The broad finance sector accounts for 20% of GDP while mining’s share is 9% and growing, despite all the headwinds the sector faces.

Agriculture and electricity were the only sectors that contracted on a seasonally adjusted and annualised quarter-on-quarter rate basis. 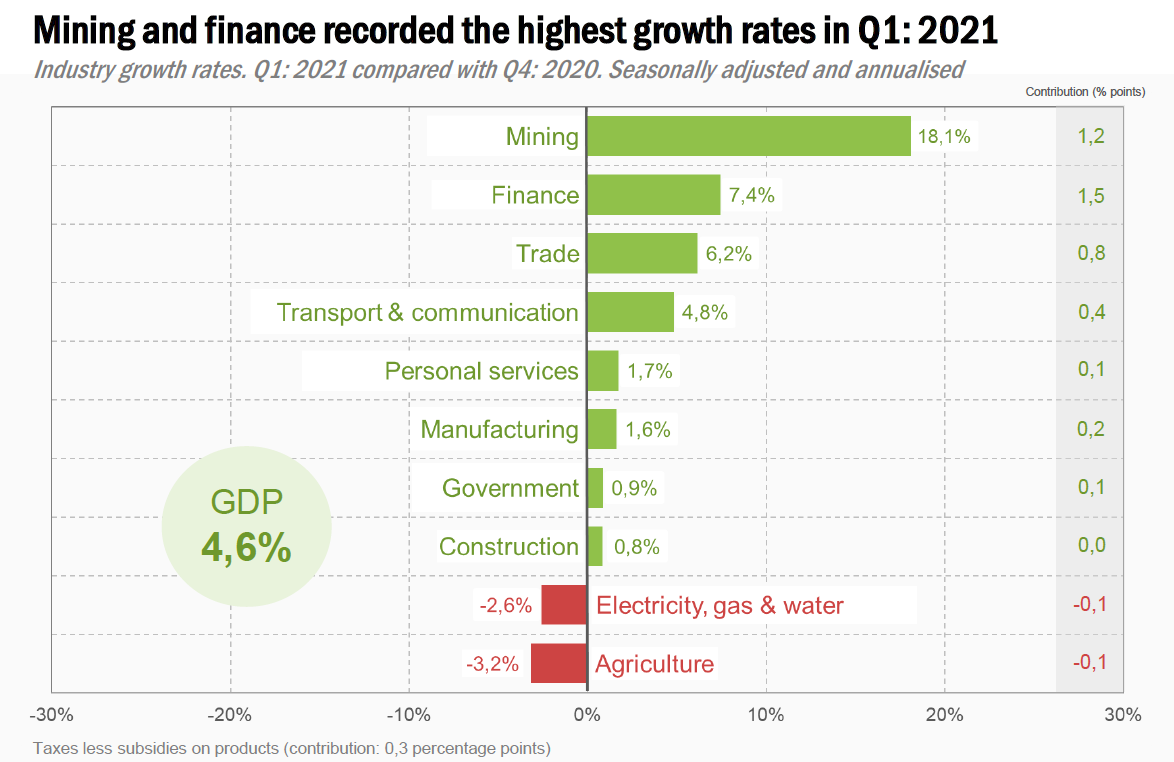 One very bleak spot was a 2.6% decline in gross fixed capital formation, which is effectively a measure of investment, or lack thereof. Without growth on this front, all bets are off. As Razia Khan, Chief Africa Economist at Standard Chartered Bank in London, noted: “This points to the growth uncertainty that lies ahead.”

“A continued post-lockdown bounce in the economy is no guarantee of robust future growth. As much as the GDP release points to some good news for now, (sustained good performance from metals mining and a deeply negative base aside), the release tells us almost nothing about the economy’s ability to keep on growing after the initial post-lockdown bounce,” Khan said.

“Yes, there will be growth, but this might be more a reflection of the depth of contraction seen in 2020. The question for South Africa is: will mining on its own be sufficient to create economic momentum for other sectors in the quarters ahead?” 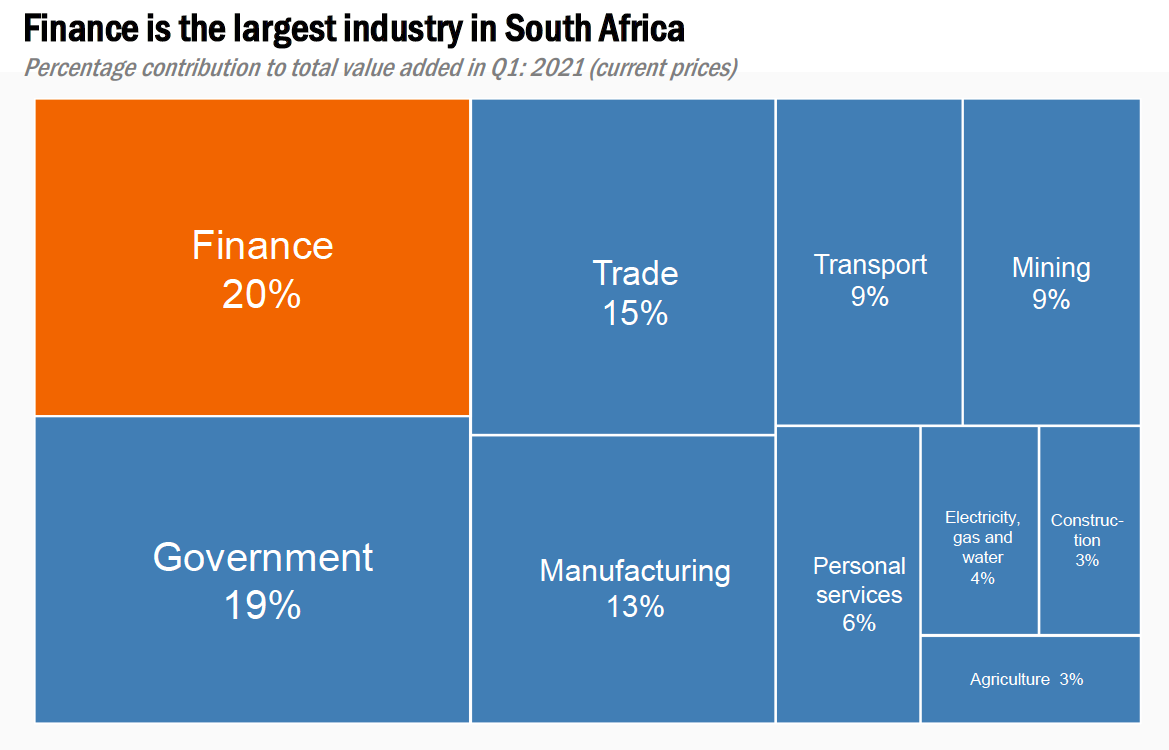 That’s a good question. The mining sector’s performance is largely related to surging prices as a commodity bull run kicks into high gear. But the constraints to growth and underlying uncertainties are many: unclear policies, load shedding and the government’s continuing failure to provide basic services.

Dairy group Clover said this week it was closing the doors on the largest cheese factory in South Africa, in Lichtenburg in North West, because of the deplorable state of service delivery. A factory cannot operate in the face of frequent power cuts and water shortages. The result will be 330 lost jobs.

On a wider scale, the economy as a whole cannot operate at its full capacity in such an environment. DM/BM