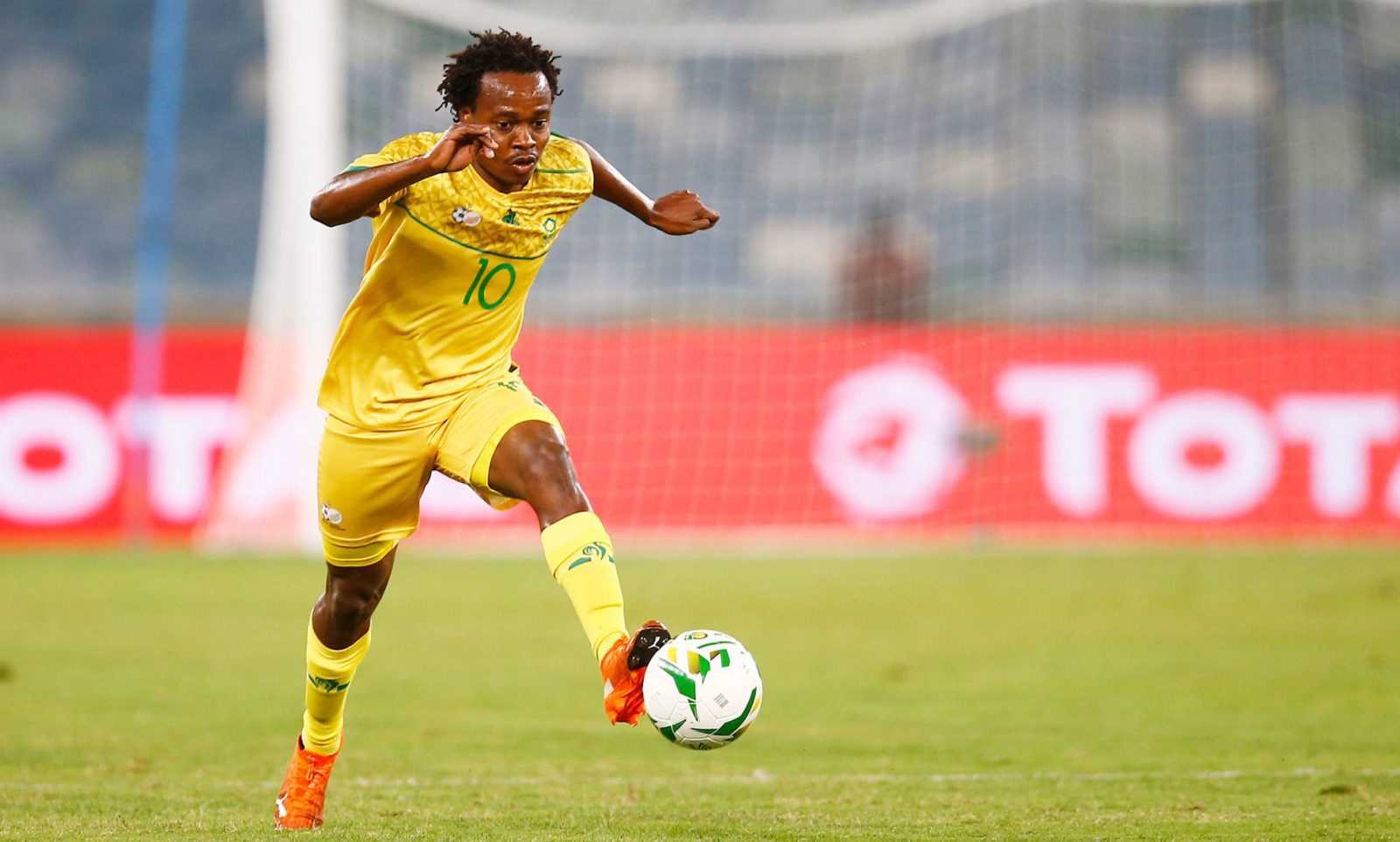 The senior national men’s football team begins its Hugo Broos era with a friendly against Uganda, but without marquee player Percy Tau, after he tested positive for Covid-19.

Bafana Bafana’s era under Belgian-born coach Hugo Broos is set to begin without influential forward Percy Tau after it was revealed that he tested positive for Covid-19, along with SuperSport United midfielder Teboho Mokoena.

The midfielder’s teammate and midfield partner at SuperSport, Sipho Mbule, is also out of South Africa’s friendly joust with Uganda.

Mbule did not return a positive result, but owing to his proximity to Mokoena, on and off the field, he is also being monitored and will miss the clash.

“Everybody knows the quality of Percy Tau,” said Cedomir Janevski, one of Broos’s two assistants along with former Bafana winger Helman Mkhalele.

“He was a player at Brugge, my ex-team, he was in Anderlecht, he is an important player for the national team of South Africa. We hope for the next camp he will be okay.”

The positive results for the Bafana players serve as a reminder that team preparations can be disrupted at any time by the coronavirus, and that coaches have to factor this in, over and above other unfortunate incidents such as injuries.

Springbok director of rugby Rassie Erasmus has revealed how Covid-19 has influenced some of the selections for their upcoming battle with the British & Irish Lions.

The Lions are set to do battle with some of the local franchises before they clash with the Boks in late July.

“The most important thing for us to understand is that the provincial teams that play against the British & Irish Lions will have to go into a bubble for 10 days prior to their games. So, if we send a player to one of those teams, he is 10 days away from us, so that will be a disruption,” he told a press briefing.

“On the other hand, for us to draft a player in, it is actually only one day. So, if we get an injury a player can travel the next day if he has a negative Covid-19 test result and he can join us the following day.”

The entire Bok squad has also had Covid-19 vaccinations, which will further stabilise the integrity of the bio-bubble.

The Bok management will also be hoping that none of the other players is forced out of the team by the virus. Although having selected an initial squad of 46, coach coach Jacques Nienaber and his team are preparing for any eventuality.

Other than the positive Covid-19 cases, Bafana too have injury concerns.

Sundowns trio Mosa Lebusa, Mothobi Mvala and Rivaldo Coetzee have also had to pull out of the squad for the Uganda clash at Orlando Stadium on Thursday, 10 June, due to sustaining knocks.

Despite this, the coaching staff are confident of victory. According to Mkhalele, victory against Bafana, even in a friendly, would be memorable for the Cranes.

“Not that I’m underestimating them, but for [Uganda] to beat Bafana would be a big deal for them,” he told journalists. “Their players would want to be seen and impress, knowing that the PSL is one of the big leagues in Africa and they can secure contracts here.”

Broos is back in Belgium to receive a second Covid-19 vaccine dose. In the absence of the 69-year-old, Mkhalele and Janevski will oversee Bafana’s first game since they failed to qualify for the 2022 Africa Cup of Nations.

Both assistants are desirous of an improved mentality and resilience within the Bafana players, something Broos touched on in his first interaction with South African journalists a few weeks ago.

“The mentality part needs to be looked at because we need to find a balance between that and tactical abilities,” Mkhalele said.

Janevski added: “I watched the Baroka-versus-Swallows game and I could see it was an end-of-the-season game. Both teams had nothing to lose. There are some individual qualities of some players that we’ve identified, and we also identified some tactical flaws with and without the ball.”

They will use this match to place some of those concerns under the microscope, with the hope that the South African Football Association can bag a few more friendlies for the team before their crucial World Cup qualifying games against Zimbabwe and Ghana in September.

The friendly international match is scheduled to kick off at 6pm. DM