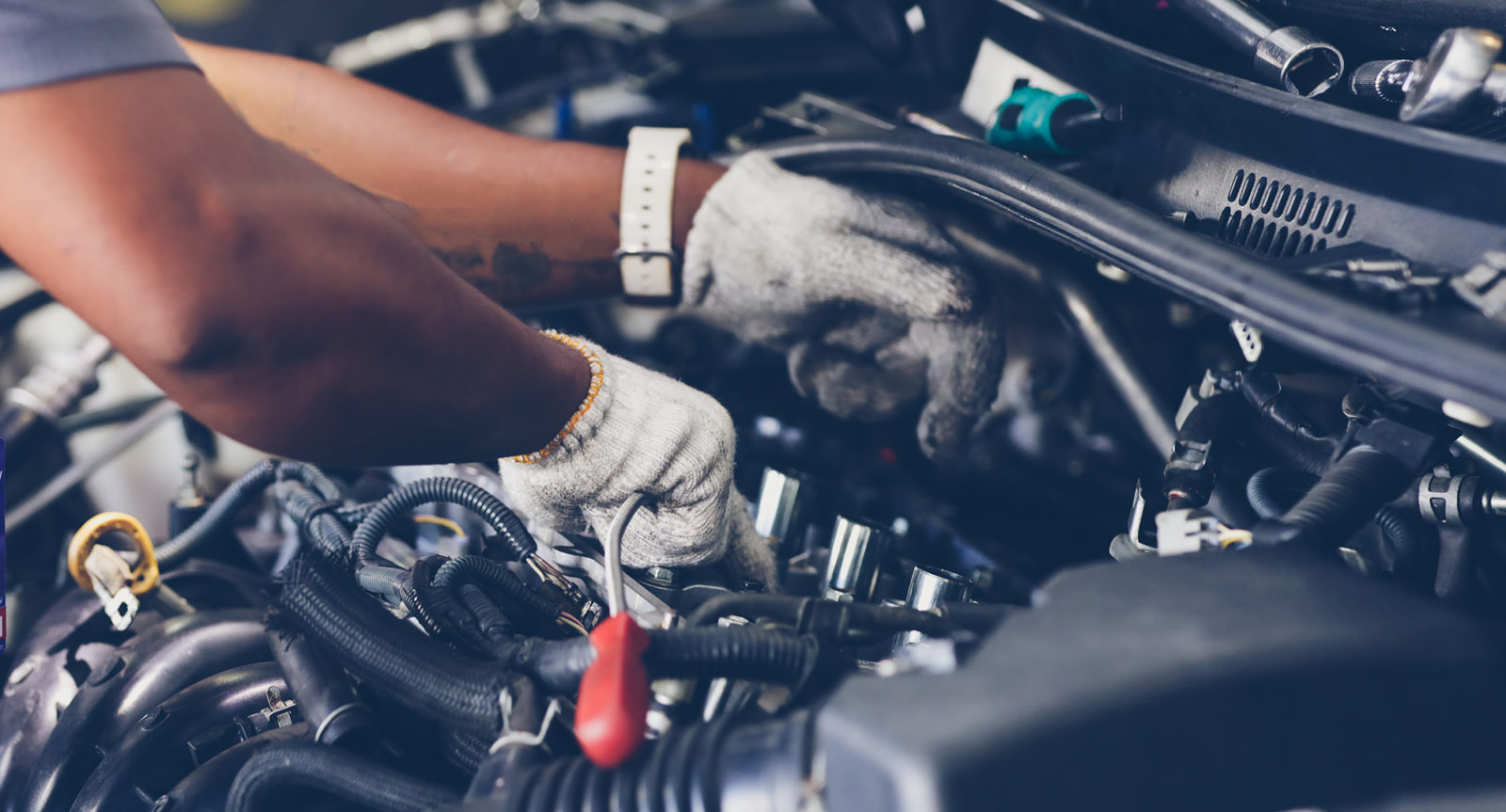 Four years after the Competition Commission started engagements with the automotive aftermarket, its guidelines for the sector are finally about to go into force.

It’s been a long time coming and key players in the sector are said to be neither particularly delighted, nor unhappy about it, but when the final Guidelines for Competition in the South African Automotive Aftermarket go into effect on 1 July, it will open up competition in the vehicle aftermarket sector, drive down prices and benefit the consumer.

The guidelines were issued in December 2020 by the Competition Commission after it had received complaints about anti-competitive conduct in the aftermarket value chain. It then gave the sector until next month to ensure their businesses and business arrangements are compliant.

The commission has received complaints for more than a decade about exclusionary agreements and/or arrangements between original equipment manufacturers (OEMs) and approved motor-body repairers; independent service providers (ISPs) being excluded from working on vehicles under warranty; and insurers unfairly allocating work.

Rubbing more salt in the wound is that ISPs have been restricted from buying original spare parts; small and medium enterprises and historically disadvantaged individuals battled to get a foot in the market by becoming approved as motor-body repairers and dealers; and consumers are saddled with little choice when buying and fitting spares.

The commission has been working with industry stakeholders since early 2017 to resolve the market issues. Initially, it had hoped to facilitate a voluntary code of conduct, but when consultations with stakeholders bombed, it opted to issue guidelines instead, which apply only to the aftermarket, affecting vehicle service, maintenance and repairs.

Vehicle servicing, repairs and parts supply comprise about 80% of the aftermarket industry. Each year more than R10-billion is spent on motor-body repairs.

Anti-competitive behaviour in the automotive sector is hardly unique to South Africa, so the commission conducted a review of work undertaken by its counterparts in the EU, US, Australia, Russia and China. These countries led in the promulgation of regulations, voluntary codes of conduct, or guidelines aimed at ensuring effective competition and facilitating consumer choice.

In some jurisdictions, vehicle manufacturers are barred from hindering original parts suppliers from supplying products to independent distributors. Independent repairers also have access to the vehicle manufacturers’ original parts to allow them to compete with authorised repairers and owners can use any repair shop for non-warranty work, while the vehicle is under warranty.

In South Africa, the commission was determined to lower barriers to entry and ensure greater opportunities for the previously disadvantaged, while increasing consumer choice and facilitating competition in the markets for spare parts and value-added products.

This, it hoped, would widen the pool of approved dealers and repairers, promote the entry of the historically disadvantaged; ensure that ISPs can undertake in-warranty work on vehicles; allow for greater competition in the selling of service and maintenance plans; drive down costs for consumers; and ensure fairer allocation of work by insurers.

OEMs must recognise and not obstruct a consumer’s choice to seek work on their vehicles at a service provider of their choice, but, if the consumer chooses to use an ISP while their vehicle is within its warranty period, the OEM is under no obligation to pay for any service and maintenance work undertaken.

Consumers can fit both original and non-original spare parts, at a service provider of their choice, during the in-warranty period but if there is any damage to the vehicle from that fitment, it could put the warranty at risk — but only the part specifically affected by the repair, so, for example, using aftermarket headlights or a windscreen will have no impact on the engine.

Insurance customers will be required to have vehicle repairs undertaken by an approved motor-body repairer during the warranty period, as allocated by their insurer.

ISPs are obliged to record in-warranty work done by them in customers’ service books and must disclose to consumers — explicitly — the risk of damage that could arise from the ISP’s work, including consequential damage to the motor vehicle, which may potentially void certain obligations of the OEM in terms of the warranty.

ISPs must also disclose to consumers whether they have adequate commercial insurance cover to perform the work that they will be undertaking on the vehicle.

If any damage is caused to the vehicle as a result of work done by an ISP, there is a risk that certain provisions of the OEM warranty will be voided — but other provisions of the warranty may remain severable and enforceable, which means the OEM concerned may conduct an assessment (at its cost), to determine liability. If there is a dispute, a consumer can approach the Motor Industry Ombudsman to investigate the matter in terms of the Consumer Protection Act.

OEMs must disclose certain information to consumers, such as the price of any pre-included service or maintenance plan, extended warranty or scratch and dent product, to enable them to make informed choices about the required maintenance of their vehicles.

OEMs may impose restrictions or prohibitions on ISPs from on-selling original spare parts to third parties.

There is no obligation on approved dealers to supply non-original spare parts.

Maintenance and/or service plans — typically three years/60,000km; four years/120,000km; five years/50,000km — which are sold with vehicles, are no longer to be bundled with the purchase price. OEMs and independent providers of value-added products must adopt measures to promote competition and consumer choice, by offering such plans of varying durations; and transfer plans or even refund a customer the balance of the product, if a vehicle has been written off by the insurer.

OEMs are “encouraged” to make available, on reasonable terms and conditions and subject to their intellectual property and data privacy rights, technical maintenance and repair information including information stored electronically or in the cloud. They must also provide training (or give access to training) to employees of ISPs who request it, at a reasonable cost that may not exceed that imposed on employees of approved dealers.

During a recent media conference, the National Automobile Dealers’ Association (Nada), suggested that the guidelines were voluntary and while their members would abide by them, they would need up to a year to become fully compliant.

Mark Dommisse, Nada chairman, expressed concern that consumers might misinterpret the guidelines to mean that they can take their in-warranty vehicles to any workshop of their choice. That would be unwise because it could invalidate the warranty.

While there might be many complaints about dealerships, Dommisse said, in-warranty vehicles should rather be taken to a franchised workshop. Nada also has a national footprint with the best-trained staff. “Your car is worth a lot more if it has a history of being serviced using original parts, with properly trained technicians at authorised dealerships.”

Brandon Cohen, the convener of Nada’s legal and compliance committee, noted: “Fred in a shed or under the tree is not going to qualify as an ISP”, but because the sector has been opened up to more players, service wins.

He warned consumers against using backyard mechanics because if, for example, a cheap oil change seizes a vehicle’s engine, the OEM will investigate and the resultant damage will not be covered.

The guidelines appear to be more stick than carrot. The commission says the guidelines are not exhaustive, nor will they affect its discretion or that of the tribunal or courts to pursue anti-competitive conduct in terms of the Competition Act through enforcement.

“[After 1 July] the commission will also expect to receive information and complaints from members of the public as they deal with OEMs and insurers.”

Gunther Schmitz, the chairperson of the Right2Repair (R2R) SA, which has been championing more competition in the sector, hailed the implementation date, saying, “More choice and more competition always leads to better prices and better service.”

R2R would have liked to see more details on telematics, ie, the OEMs directing vehicle owners to specific workshops via the telematics systems in the motor vehicles.

“Rules on this are about to be implemented in several US states and in the EU. This is also crucial for dealerships, because telematics used wrongly will hand a lot of influence over consumer behaviour to the OEM, away from the dealership where the consumer is the customer,” Schmitz explained.

R2R is also not happy that the guidelines still permit OEMs to limit access to a vehicle’s security system and any anti-theft devices.

“By itself we would not have to worry about this, but unfortunately experience in the EU has shown that some OEMs might use this to limit access to repairs for independent service providers.

“As R2R we are going to take action if we see such anti-competitive behaviour, but of course we would prefer to work on more constructive topics.”

Complaints about anti-competitive conduct can be mailed to [email protected], after a CC1 form has been filled in. DM/BM