Week Four: No word on Johnson & Johnson vaccine; new re... 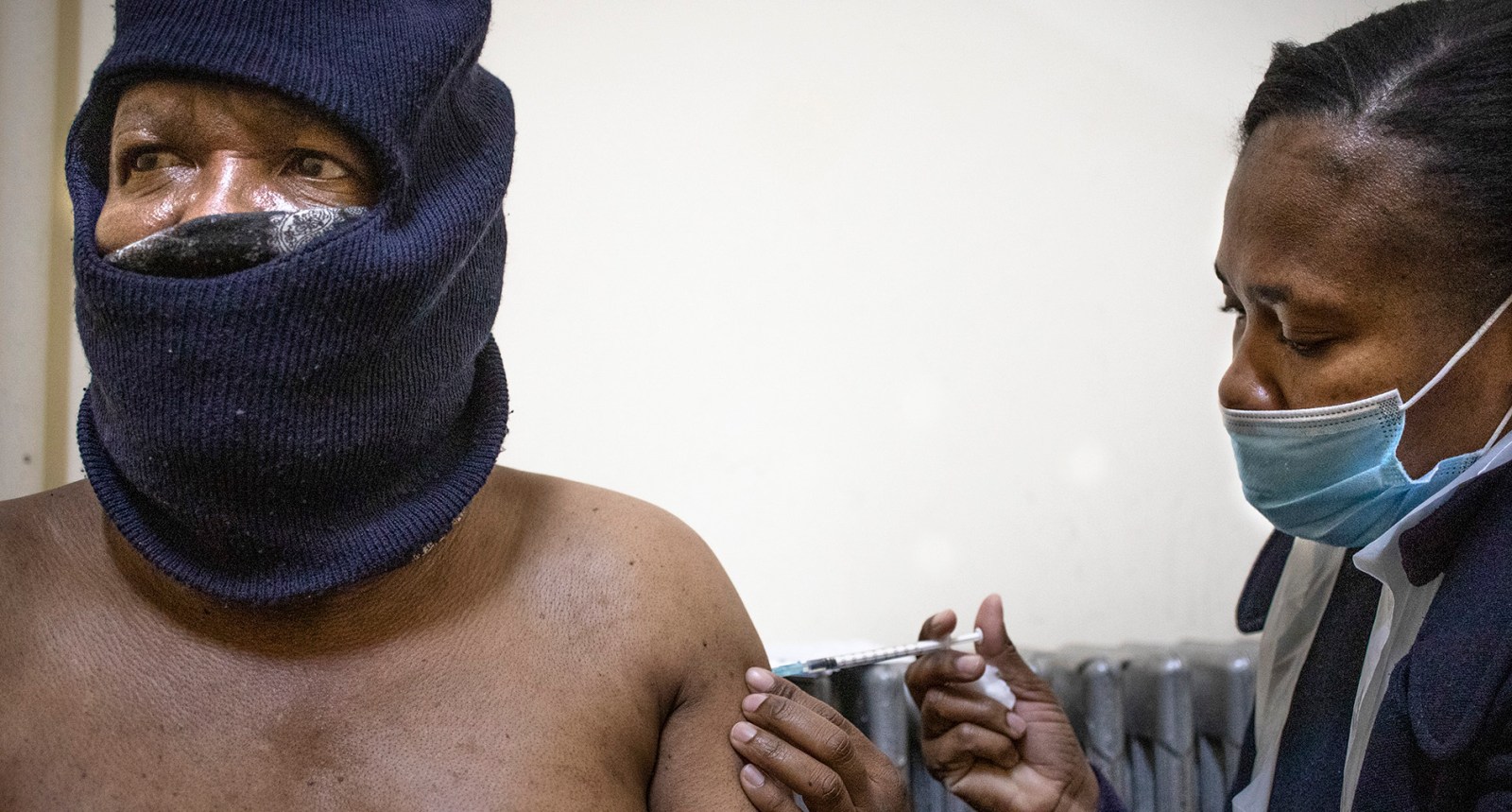 An elderly man receives a shot of the vaccine against Covid-19 at a public vaccination site in Hillbrow, Johannesburg, on 3 June 2021. (Photo: EPA-EFE / Kim Ludbrook)

By the end of Monday, 7 June, the US Food and Drug Administration was yet to announce its decision on releasing millions of Johnson & Johnson vaccine doses from Aspen’s Gqeberha plant. Meanwhile, a new registration portal was opened for healthcare workers, and the government explained the new waiting period of 42 days between Pfizer doses.

Mpumalanga and the Northern Cape did not report any vaccinations for the previous 24 hours.

Meanwhile, the US Food and Drug Administration is yet to make an announcement on whether it will release two million Johnson & Johnson vaccine doses from Aspen’s plant in Gqeberha. It postponed the announcement from 4 June to 7 June.

Their release will trigger another chain of events, explained Dr Nicholas Crisp, deputy director-general at the department of health and the man in charge of the government’s Electronic Vaccination Data System (EVDS).

The SA Health Products Regulatory Authority and the National Control Laboratory will take a few days to run their final safety checks. Crisp says they have been ready to do this “for some time”. In addition, the EVDS has to arrange the logistics of this roll-out.

“The question is: are we ready? We’ve been ready for some time and we’re anxious to scale up,” he said.

By Sunday, 6 June, vaccination sites were open in more than 440 areas, he said. The target is more than 3,000 sites — however, the vaccine supply is constraining the number of sites that can open, he said.

He explained that the time between receiving the first and second Pfizer dose had changed from 21 to 42 days. This is because the science has changed — “42 days confers better immunity than 21 days”, he said. This also means more people can be vaccinated and given some immunity before receiving the second dose.

If people turn up for their second dose before 42 days have elapsed, the system will not allow your vaccination, he said. Crisp gave the assurance that there were enough doses to provide a second dose to everyone who had received their first Pfizer vaccine and that they would be sent to their nearest vaccination site. This might not necessarily be where they received their first dose.

He explained that the national policy on walk-ins is that those who have an appointment will be prioritised. Walk-ins can wait to see if appointments were missed and whether extra doses are available that day.

A new registration portal called V4hcw has been opened for health professionals, which is able to verify that they work in the health sector, he said. The portal uses a practice number to verify them and then directs them to the EVDS.

In addition, the national department of health is working on a verification system for public healthcare workers, he said.

The Limpopo department of health will activate another 17 vaccination sites this week, bringing the total to 37 sites and 92 community outreach teams. The department will allow walk-ins, but those with an appointment will be given priority. By 6 June, more than 405,000 Limpopo residents had registered.

Sites are open between 8am and 4pm from Monday to Thursday.

“Those with appointments are encouraged to arrive at the vaccine site indicated on the SMS by 14h00 (2pm), after which their vaccine will be given to any walk-in clients. Walk-ins will be required to enter their name on a waiting list and will only be attended to from 14h00. Only vaccines from non-attendees will be available for walk-ins.”

Meanwhile, the Northern Cape has used all the Pfizer doses it has received. At the weekend it received another 12,870 doses. Only 28,881 residents over 60 have registered, out of a target of 133,000 people. DM/MC