This week: A new road-map to an HIV-free world in the n...

This week: A new road-map to an HIV-free world in the next decade 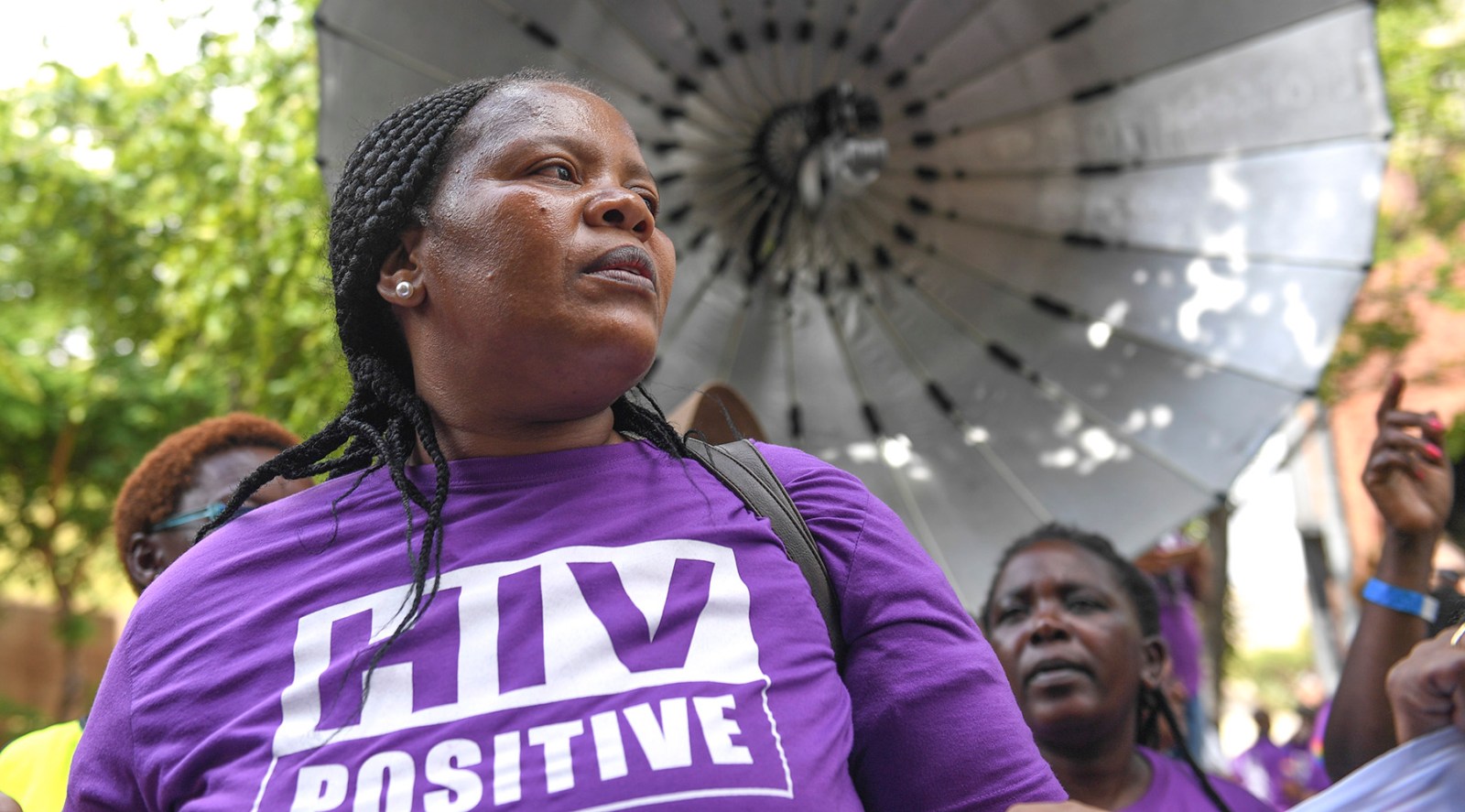 Members and supporters of the Treatment Action Campaign (TAC) march to the Constitutional Court to thank it for what it has done for people living with HIV on December 10, 2018 in Johannesburg, South Africa. The march was held in celebration of TAC’s 20 years of existence, fighting for the rights of people with HIV-Aids. (Photo by Gallo Images / Netwerk24 / Felix Dlangamandla)

This week civil society will join political leaders in discussing the next 10 years of action against the Aids epidemic, the climate crisis and a pan-African future.

This week the next decade of the global response to the HIV epidemic will be determined in South Africa and abroad.

From Tuesday 8 June to Thursday 10 June, the United Nations will convene the High-Level Meeting on Aids.

The General Assembly will assess how the impact of the epidemic has been reduced over the past five years and will adopt a “new political declaration” to steer the next decades’ action against HIV. This meeting will convene a week after the 40th anniversary after the first cases of HIV was identified. Browse the extensive list of events here.

On Monday 7 June, the World Bank will host a webinar to bring together vaccine manufacturers, vaccine researchers and UNAIDS to discuss how to make HIV vaccines a reality. Crucially, they will focus on what will happen once there is success in the lab and make sure it is a fast, fair and efficient roll-out. Join the virtual discussion at 2PM here.

Other events this week…

On Tuesday 8 June, a new collection of essays, reflections, research papers and interviews brought together in the book Surfacing: On being black and feminist in South Africa will be launched. Writer and editor Carol-Ann Davids will be in discussion with the book’s editors, Desiree Lewis and Gabeba Baderoon, and two of its contributors, Yewande Omotoso and Zethu Matebeni. Join the online launch here at 6PM.

Meanwhile, a group of civil society organisations have organised a virtual public meeting to call for the release of three military-owned pieces of land in order to build affordable housing. To join, RSVP to Zinzi Gatyeni of the Development Action Group at [email protected] or 021 448 7886.

On Wednesday 9 June, African civil society organisations will have the opportunity to directly engage with the Pan-African Parliament. The organisations will present their recommendations on how the parliament can be made more transparent and more accessible to citizens and civil society. There will also be a plenary on business and human rights. Attend the Pan-African Parliament Civil Society Forum at 11AM here.

On Thursday 10 June, the autobiography of historian Bill Freund will be launched. Academics Colin Bundy, Lumkile Mondi and Robert Morrell will be discussing Freund’s contribution to African socio-economic history. Join the virtual launch at 6PM here.

Later that day, the COP26 Coalition will host a virtual Global Rally Against Apartheid. The COP26 Coalition is an international civil society coalition working together to mobilise around climate justice in the lead up to the 2021 summit on the United Nations Framework Convention on Climate Change. A panel of seven activists will discuss how various forms of apartheid can be dismantled. On the panel is S’bu Zikode, the president of Abahlali baseMjondolo. Join the discussion here at 8PM. DM/MC.