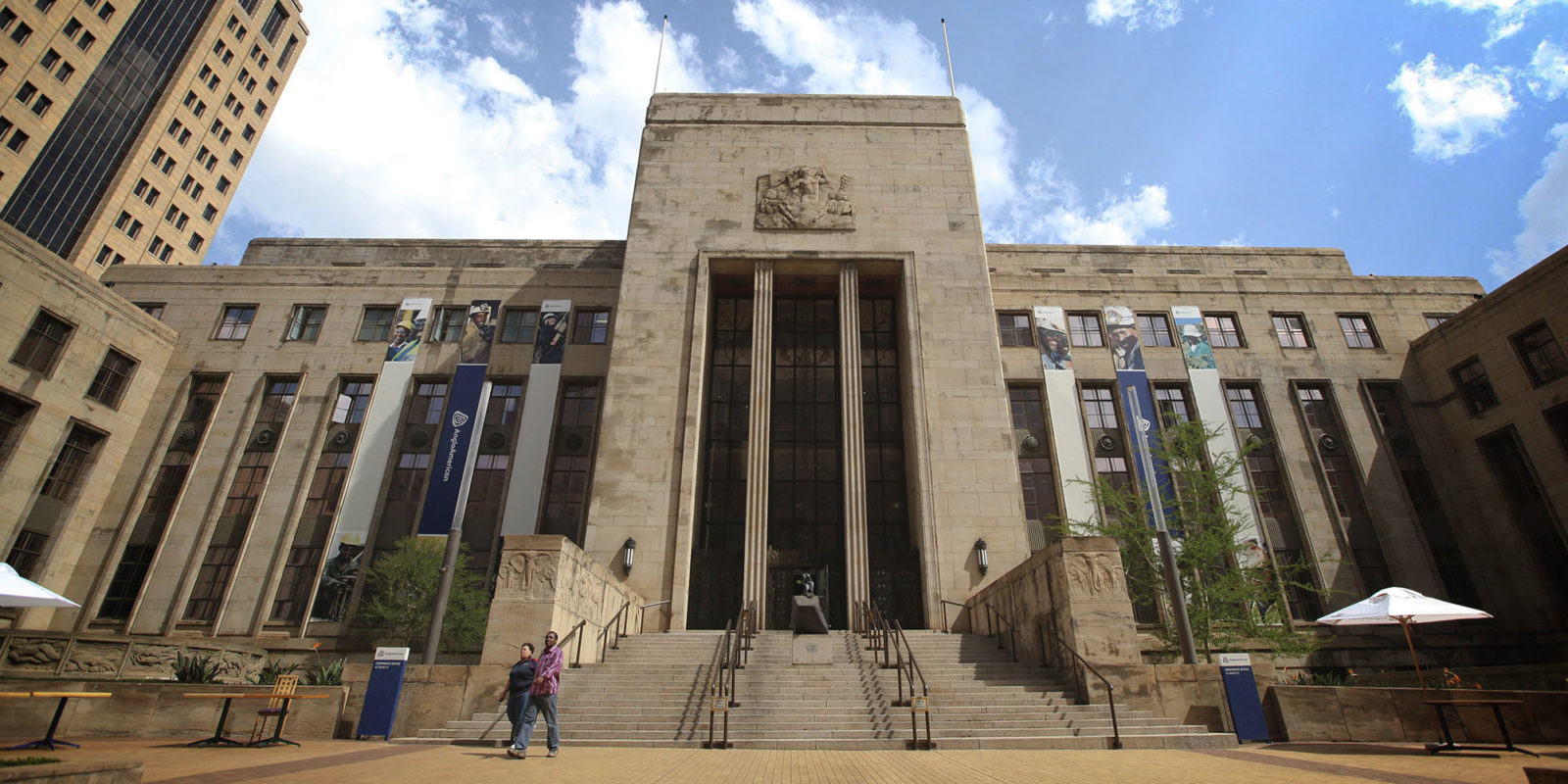 The offices of Anglo American in the Marshalltown, Johannesburg. (Photo: Chris Ratcliffe / Bloomberg via Getty Images)

Anglo American has completed the demerger of its thermal coal assets in South Africa, giving rise to Thungela Resources, which saw its shares sink on its Monday debut on the JSE.

Coal assets are being treated like lumps of coal in mining portfolios. Coal’s links to the climate crisis and pollution have made shareholders and the wider public leery of fossil fuel.

Raising finance for new coal projects is increasingly difficult and huge markets like the European Union are planning to impose carbon emissions charges on imported goods.

Anglo American is committed to making all its operations carbon neutral by 2040. This makes coal an awkward fit in its portfolio, and shareholders, including the pension board for the Church of England (COE), have been pressing it to exit such assets. And so, as the company announced in April, it has spun off its thermal coal operations in South Africa into a new listed entity, Thungela Resources.

“Thungela starts its journey today as a high quality independent business. We have every confidence that Thungela will be a responsible steward of what are valuable thermal coal resources in South Africa and will continue delivering value for all its stakeholders and for South Africa as a whole,” Anglo CEO Mark Cutifani said in a statement.

With the completion of the demerger, Anglo shareholders retain 100% of Thungela’s share capital, with one Thungela share for every 10 Anglo American shares they hold. But these can be traded on the JSE, allowing Anglo shareholders to dump thermal coal or retain or increase their stakes as they see fit.

One imagines the COE will be dumping its Thungela shares like a hot potato. Thungela itself holds 90% of the thermal coal assets, with 10% held collectively by an employee partnership plan and a community partnership plan.

Anglo remains in the mix for now. It has injected R2.5-billion into its offspring and will provide additional capital until the end of 2022, depending on the prices fetched for its product.

Anglo will also continue to sell and market Thungela’s export products for the next three years until the company builds its own marketing capacity. A demerger has taken place, but the umbilical cord has not yet been cut.

On its debut, its share price by mid-afternoon on Monday had fallen 10%, but it is early days. Its debut market value is $250-million and as one Reuters columnist noted, this is just a third of the ebitda (earnings before interest, taxes, depreciation, and amortisation) it is expected to generate this year.

Speaking of listings, new ones on the JSE are fairly rare events these days, and new listings by mining companies are in the “hen’s teeth” kind of category.

In response to queries, the JSE said the last mining listing was in 2020, when Sibanye re-listed as Sibanye-Stillwater (its original listing was in 2013). In 2018 Kore Potash plc listed on the JSE.

By contrast, the TSX in Toronto had 57 new mining listings in 2020 alone — over one per week during the first year of the pandemic.

And Thungela is not something new. It is the product of a demerger driven by investor concerns. The JSE’s last big mining listing, Sibanye in 2013, was also a spin-off of existing operational assets, in that case from Gold Fields.

But exploration and new mining projects in South Africa — the kinds of activities that can lead to new listings of companies actually doing new things — are stuck in the doldrums, undermined by policy uncertainty and the kind of incompetence and suspected corruption that has led to a backlog of more than 5,000 applications for mining and prospecting rights.

One suspects it will be a long time before the executives of another mining company blow the kudu horn at the JSE. DM/BM