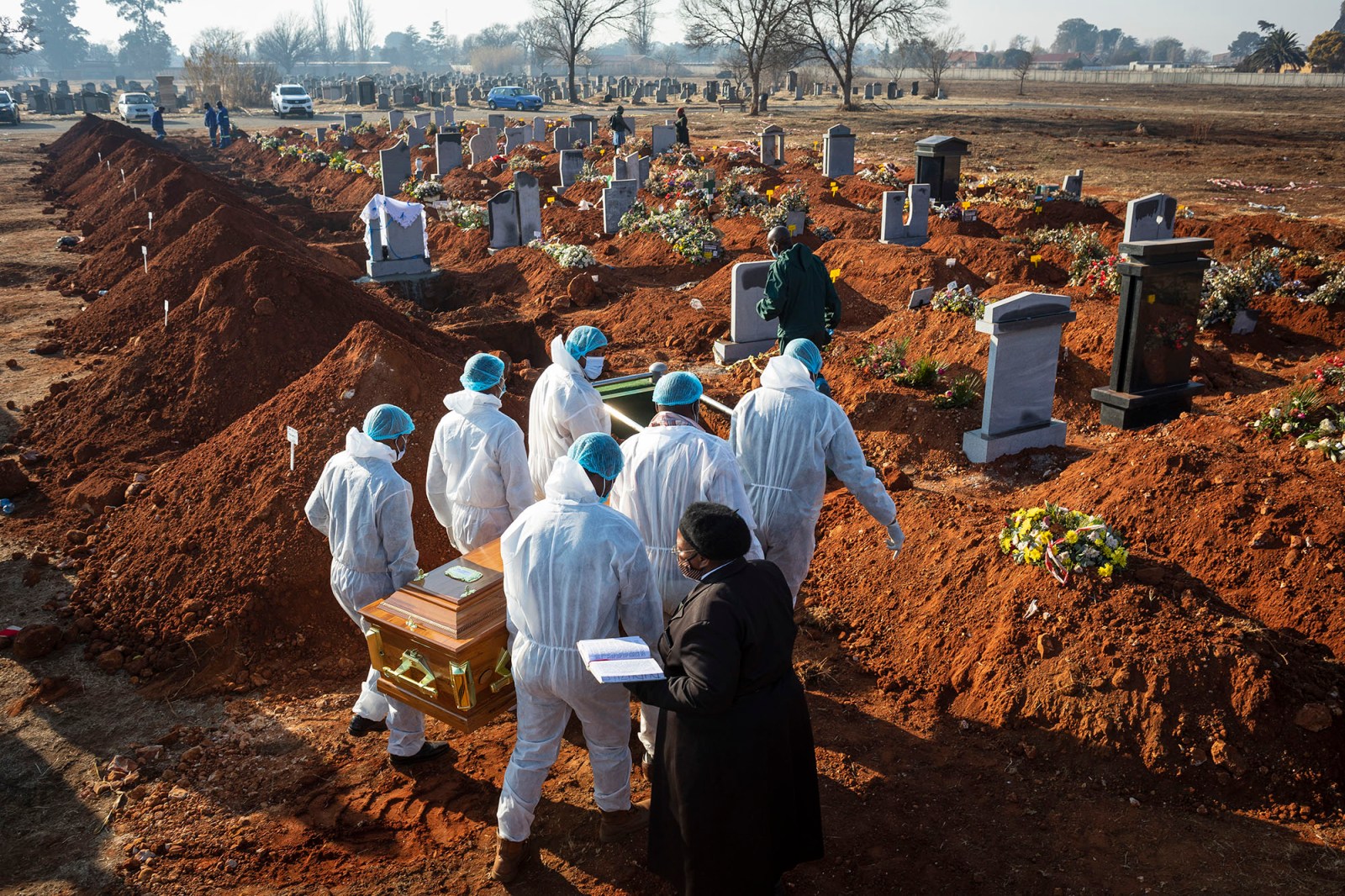 The coffin of a victim of Covid-19 taken to the grave by relatives at a burial ground in Johannesburg. (Photo: EPA-EFE / KIM LUDBROOK)

Claims from March 2020 to January this year were well above what was expected by the industry.

South Africa’s largest life insurers have reported increases of 50% to 60% in death claims against fully underwritten individual life policies between March last year, when the first Covid-19 case was recorded in South Africa, and the end of January 2021.

Although life insurers anticipated that death claims would increase in line with the national death rate during the second wave, insured lives lost exceeded the expected death rate by four times at the peak of the second wave in January 2021.

In comparison, the country as a whole saw an increase in reported deaths of 2.8 times the expected death rate.

“This was a surprising finding given that policyholders with fully underwritten life policies tend to have fewer comorbidities and usually have access to better healthcare,” says Anja Kuys, chair of the Actuarial Society of South Africa’s Continuous Statistical Investigation (CSI) committee.

The information came via a CSI-designed dashboard that tracks excess death claims against policies. The data is submitted by four of SA’s biggest life insurers, representing about 70% of individual life insurance premiums, and the data is used to provide life insurers with insights into the impact of the Covid-19 pandemic on policyholders as measured by excess deaths. This is to help ensure accurate pricing of future policy benefits and ensure sufficient capital reserves.

What confounds the insurers is that fully underwritten individual life policies are only issued to policyholders who have had a comprehensive assessment of their lifestyle, health and medical history.

Put another way, it was expected that the mortality experience of these policyholders would differ significantly from that of the rest of the population.

“It’s difficult to determine why the change in death rates for insured lives deviated so significantly from the national death rates during the second wave. This does underscore the need for credible statistics that will enable life insurers to accurately price future risk and ensure that they have sufficient capital reserves in place,” Kuys says.

The graph on the right compares total population deaths (in blue), recorded from 2020 and beyond by the South African Medical Research Council (SAMRC), with the death claims (in red) experienced by four of South Africa’s largest life insurers.

What is also alarming about the statistics is the removal of productive capacity from South Africa’s severely under-capacitated economy. Typically this type of life insurance is held by people of working age who have dependants or debt such as a home loan – and usually both.

Kuys says the dashboard shows an increase in death claims of between 50% and 70% in all age bands above 30 when compared with expected deaths.

The life insurance industry has recorded excess deaths not only among people holding fully underwritten life insurance policies but also across the spectrum of policies held by South Africans.

Cumulatively, the payouts reflect a significant contribution to the South African economy, which does not diminish the loss and trauma experienced by families, but may cushion it somewhat.

In total, claims and benefit payments worth R522.7-billion were received from SA life insurers in 2020. This is an increase of R31.7-billion from the R491-billion injected into the economy in 2019, according to the Association for Savings and Investment South Africa (Asisa). The significance of the size payments becomes evident when considered against the government’s R335.2-billion social development budget for 2021, says Hennie de Villiers, deputy chair of the Asisa Life and Risk Board Committee.

The payments made to policyholders and beneficiaries included retirement annuity and endowment policy benefits, as well as claims against life, disability, critical illness and income protection policies.

“For most of the recipients, the payments would have been triggered either by a tragic life event like death or disability, or retirement. This means that more than half a trillion rand was paid … last year to provide financial stability in a time of great need.”

Although the numbers may seem large, South Africa’s life insurance industry is well capitalised, holding assets of R3.23-trillion at the end of 2020.

Liabilities amounted to R2.89-trillion, which left the industry with free assets of R333.5-billion, which is more than double the capital required by the Solvency Capital Requirements. DM168 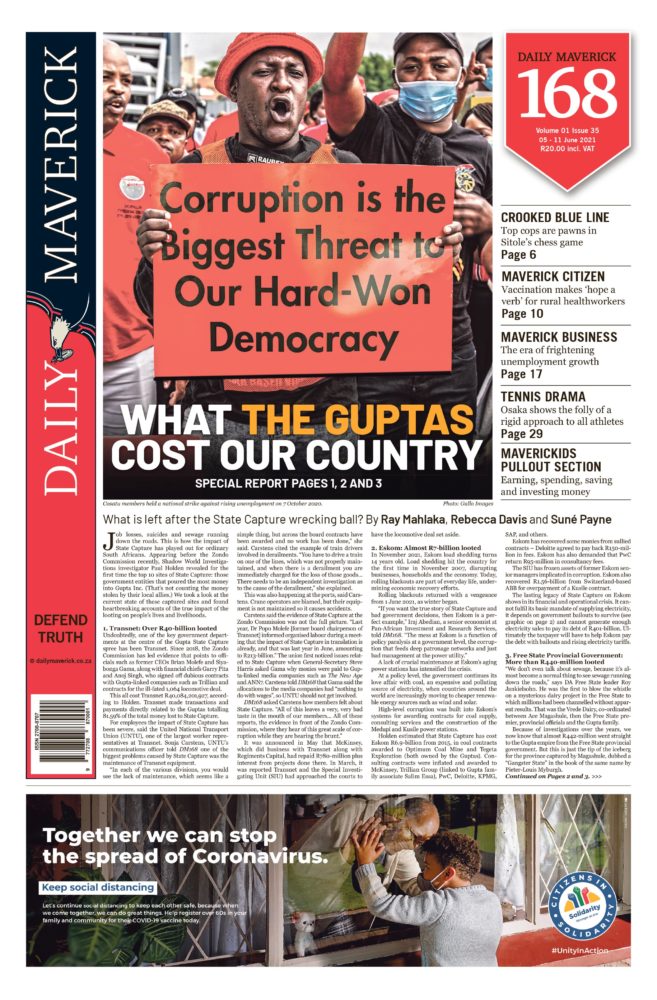