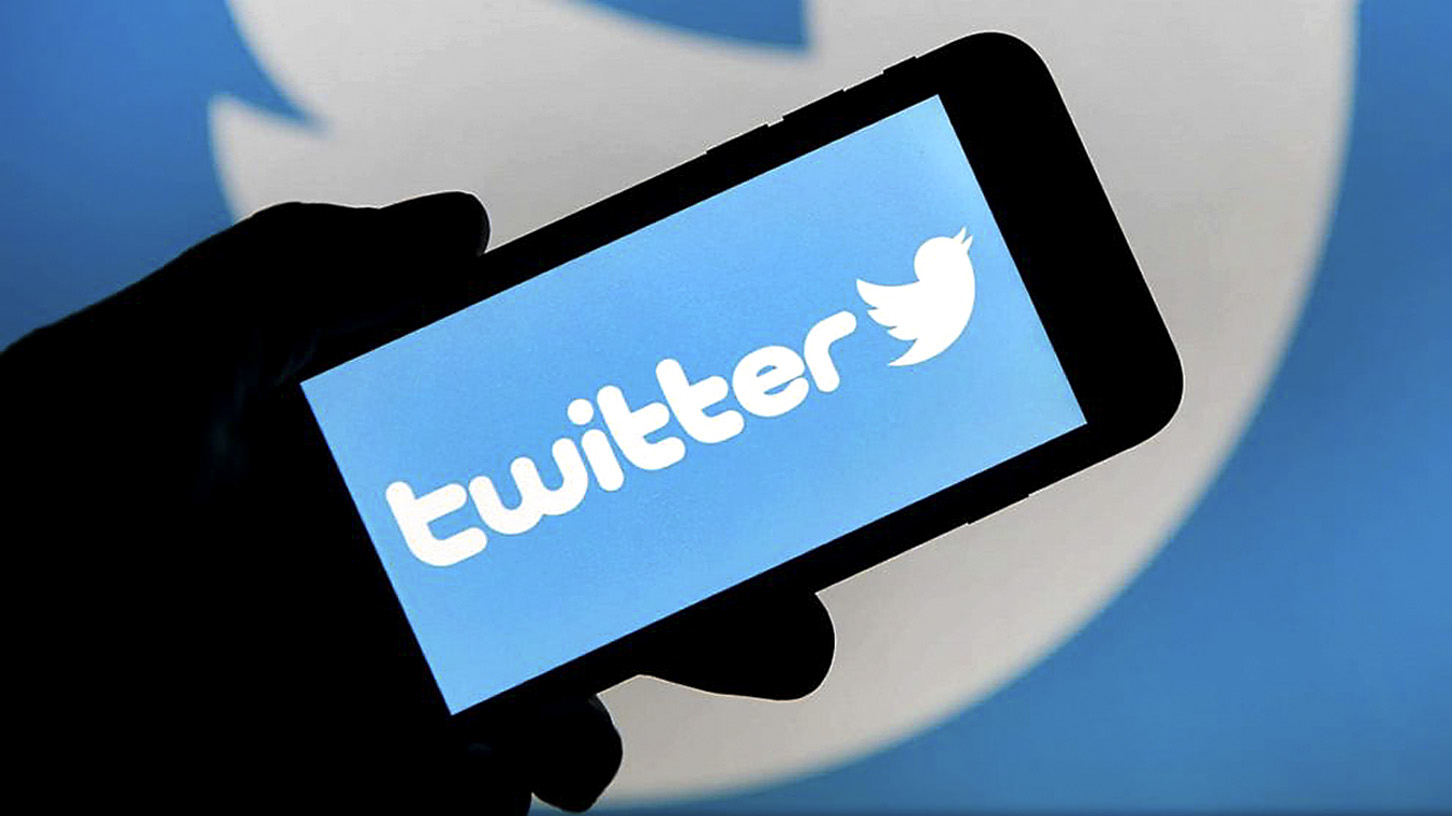 We look at some of the cases of disinformation that have been reported and why the proposed Twitter ban in Nigeria is ‘good news’ for Real411. (Photo:bbc.com / Wikipedia)

As the Covid-19 pandemic continues to wreak havoc in our country, those who seek to cause confusion, chaos, and public harm, have powerful tools of mis- and disinformation to do just that. This week, we look at some of the cases of disinformation that have been reported and why the proposed Twitter ban in Nigeria is ‘good news’ for Real411.

Week 15: From ‘quacks’ to quackers, anti-vaxxers and banning Twitter

This week we look at some of the anti-vaccine complaints recently received. A common approach for anti-vaxxers is to stress how vaccines won’t work or how they have deadly side effects. This week, two of these examples were on show. In the first complaint we see an effort to give their fear mongering credibility. Quotes of Nobel prize winner Luc Montagnier are given, where he allegedly said: “There is no hope and no possible treatment for those who have already been vaccinated. We must be prepared to cremate the bodies.” As if to give it some scientific legitimacy, he was also meant to have said, “They will all die from antibody-dependent enhancement. That is all that can be said.”  Of course there is no evidence he made any such claims, as fact-checked here and here.

Sticking with the threat of death, unlike the last example, another one was more ominous, using a graphic and comparison to the Holocaust to make its fearmongering clear. “Vaccines will do the job slowly and quietly. Hardly anyone will even know it’s a holocaust.” To emphasise their point the graphic shows a syringe, presumably a vaccine where the front, instead of a needle, has morphed into a bullet.  It’s an intentionally fearmongering piece of content that implies that having the vaccine will kill you. No crackpot evidence, just the threat. The comparison with the Holocaust is also powerful and borders on anti-Semitism. There are nuanced debates about comparison of events with the Holocaust and, regardless of which side one takes in those, what is clear in this instance is that using the term isn’t only inaccurate, inappropriate and unjustified, it also diminishes the importance and impact of the Holocaust and genocide more broadly.

Almost as if to counter their overt fearmongering, the anti-vaxxers have recently taken a different approach. Instead of just telling us there are microchips in the vaccine, there have been numerous videos of people’s arms becoming “magnetic” at the site of the vaccine on their arms. This one is a compilation of videos showing how “magnetic” people are. Of course it doesn’t require a great magician to do the trick, and the content has been debunked here. We do know that despite it not being true, it has a viral quality that has helped it spread and gain traction. The thing about it is that people don’t actually have to believe it. For disinformation to work all it needs to do on some level is create doubt, uncertainty and greater hesitancy.

In the last example of anti-vaxxer content we have the “quack” doctors. We say “quack” as it would appear that some of the doctors who push an anti-vaxxer agenda are actually doctors. In complaint #1402, we have an example of doctors seeking to give credibility to alternative treatments. It is deeply concerning when professionals who have qualified and taken the Hippocratic oath act in a manner that isn’t just anti-science but also puts people’s lives at risk. Together, with others, we are currently investigating possible action against any such South African doctors.

It’s clear that the anti-vaxxers aren’t just out of touch with reality but they demonstrate a multipronged approach to their fearmongering, an approach that in many respects is more in tune and effective than that being presented by those communicating why we should get the jab. The challenge (those of us who believe in science have) is that it is harder to communicate science and reality than it is to make it up.

Sadly, the crazy doesn’t stop with the anti-vaxxers. On Friday the news broke that Nigeria was banning Twitter indefinitely. The ban came in response to a decision by Twitter to remove a tweet by President Muhammad Buhari. There are three issues we wish to highlight. First, the question needs to be asked as to whether the decision by Twitter was reasonable within its community guidelines. Certainly, the alleged text seems to clearly threaten and suggest the likelihood of violence.

The tweet reportedly said, “Many of those misbehaving today are too young to be aware of the destruction and loss of lives that occurred during the Nigerian Civil War. Those of us in the fields for 30 months, who went through the war, will treat them in the language they understand”. It seems on casual reading to imply that violence will be used. Is it irresponsible? In our view, yes, it is, especially for the president of a nation. Does it violate Twitter’s rules and community guidelines? Well Twitter clearly thinks so. One of the great challenges of the platforms regulating their own content in this way is that we are not privy to the reasons and methods applied.

President Buhari needs to calm down from his preteen tantrum (No President Buhari, Mr Trump is not a good role model) and he might be able to make a more coherent argument about the unjustness of his Tweet being removed. He might have argued that Twitter is applying double standards, for when former US president Donald Trump was overtly inciting violence and denying reality and undermining democracy frequently, the platforms didn’t outright remove his tweets, instead, initially Twitter for example, added warnings to them and prevented engagement.

On 7 January, a day after the attacks on the US State Capitol, an NBC report quoted the Twitter safety team as having issued the following statement: “In regard to the ongoing situation in Washington, DC, we are working proactively to protect the health of the public conversation occurring on the service and will take action on any content that violates the Twitter Rules,” the statement said. “In addition, we have been significantly restricting engagement with Tweets labeled under our Civic Integrity Policy due to the risk of violence. This means these labeled Tweets will not be able to be replied to, Retweeted, or liked.”

Trump’s account was subsequently locked. A fair question President Buhari may have posed would have been whether he was afforded similar treatment as a head of state. Was removing his post the first and immediate step, why was he not warned and his tweets not marked with warning and limited engagement? We don’t know, and we don’t know if the decision to remove the tweet would have yielded the same result under Nigerian law. Sadly, President Buhari missed the opportunity to raise these issues.

The second issue is that clearly the response to ban Twitter because a tweet was removed is neither proportionate to the possible harm done nor is it a justifiable limitation on the rights to freedom of expression of Nigerian citizens. It would have been far more useful had President Buhari challenged Twitter to provide the reason and process for their removal of his tweet and he could then have highlighted the possible unequal treatment. Twitter might say that they have learned from Trump to act sooner rather than later. Again, we are unlikely to find out. The overbroad response is not one worthy of a confident leader but seems rather to be one of a president under threat, fearful of the increasing access to digital platforms and the freedom they bring to the citizens.

The third issue we wish to highlight is how the actions are good news for Real411. In addition to our strong Constitution, when Malema was reported to Real411 for a tweet calling ground forces to attack Clicks, the Real411 system found that while militaristic and aggressive, it could not be said with certainty that the request was to physically attack.

People may disagree and if the complainant felt strongly, they could have appealed the decision. We make no comparison with the text of the removed President Buhari tweet, but using Real411 process and criteria, indictment is determined according to our laws, not those of Twitter, and when and if there are sanctions, they will be informed by South African rights-based principles. So why is it good news for Real411? We think it’s valuable because it highlights the importance of an independent system assessing digital harms, and in doing so we can avoid decisions taken behind closed doors and avert any threats to ban an entire platform.

Again we take this chance to also remind you: We are approaching that magical period where political parties need to show us that they care, so in addition to asking about what they will do in your area, ask them to issue one public statement a month in the lead-up to elections that highlights and condemns any attacks on our journalists AND then to demonstrate what action they took to help combat that. If they are edgy or push some other bullshit agenda, don’t vote for them because they don’t believe in democracy. DM/MC