But He Speaks So Well: Memoir of a South African identity crisis 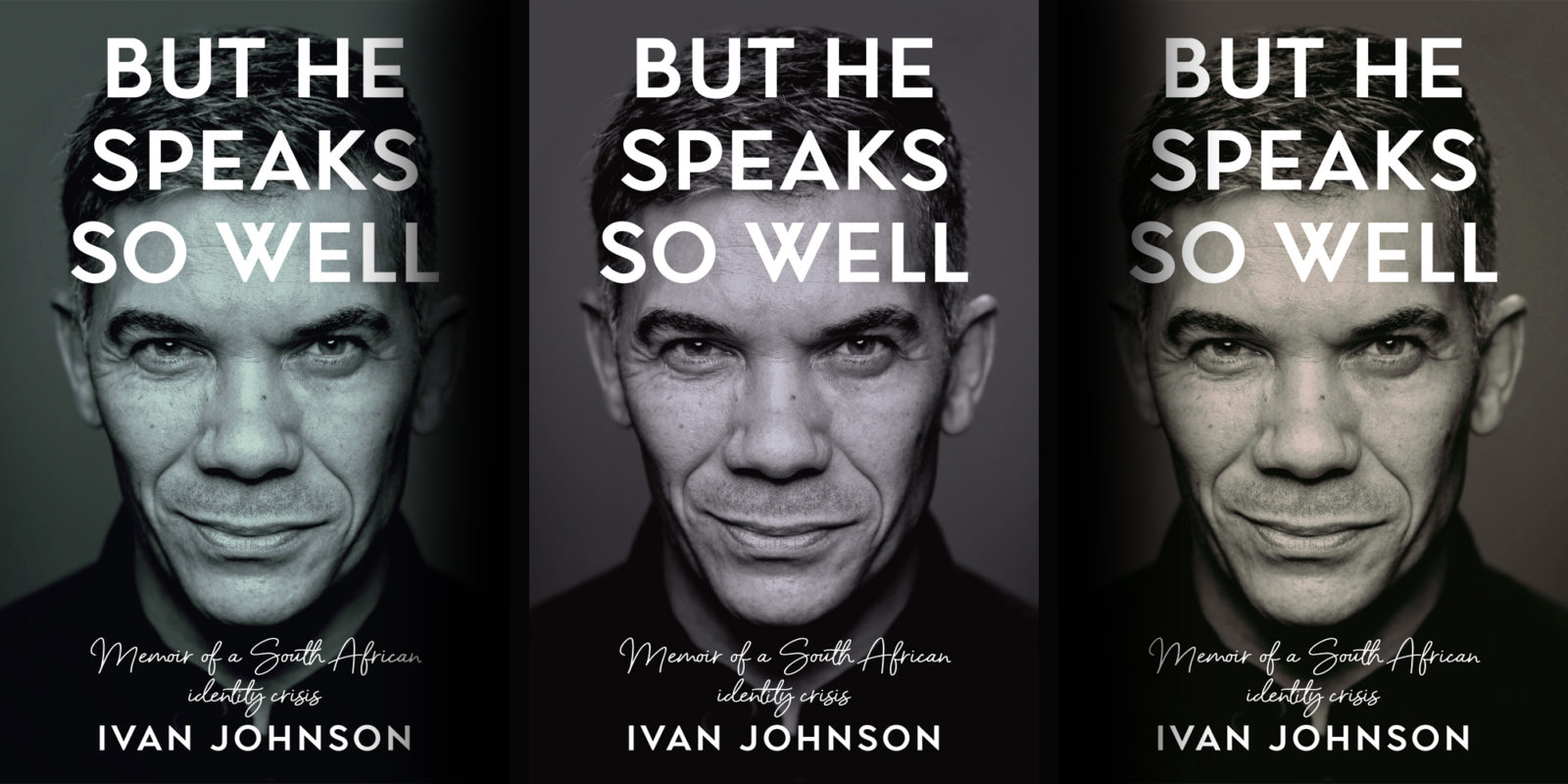 Ivan Johnson’s memoir relates his identity crisis as he comes of age on the Cape Flats amid the turmoil of The Struggle. Joining the lily­-white advertising industry, he ghosts from group to group, fitting in everywhere, but belonging nowhere. ‘But He Speaks So Well’ is published by Tafelberg.

In an industry obsessed with youthful exuberance, Ivan Johnson was considered a veteran ad man 20 years ago. He still is – albeit now in the more accommodating environment of his own ad agency, 3Verse. He is a multi­-award­ winning creative director and has represented the industry as juror and president at awards shows all over the world. But He Speaks So Well is published by Tafelberg.

I was a little coloured boy born when apartheid was at its most entrenched and brutal.

Being coloured meant being separated from whites and blacks. The whites were dad’s bosses and blacks were milkies. That was our world.

But I was just a little boy with problems of his own. Growing up is hard enough for any kid and I was already grappling with the growing part. I took great pride in our little school and I felt privileged to be mentored by such caring tutors, trying their best even though the government of the time did everything possible to scupper and stunt our development.

This intentional inequality was known as “gutter education”. How demeaning this must have been to our teachers, knowing that how we were taught was inferior to how other kids were being taught. But it was what it was, and it made me who I am today and that I cannot change.

With the resources at hand they took on the responsibility of educating us, guiding us with discipline and teaching us the rules and laws that would equip us to exist in a civilised society. Nurturing us, so that someday we could contribute to a civilised and grown-up world.

To me, Mr Du Toit was the absolute epitome of civilisation. He was the leader in my limited world. As a school principal, he was a man of authority and assured bureaucracy. Both he, and our Reverend Hendricks.

Both had slick grey hair and standout neckwear. I never saw Mr Du Toit wear anything other than a bowtie. Legend had it that he gave up wearing neckties after he was almost strangled with his own during a robbery and chose never to risk such an undignified death again.

It’s almost laughable to think that a change of attire could keep us safe in those days. Today he would need an electric fence and an armed response unit to patrol his neck.

The way I pronounce his name today as opposed to then is another oddity. He was known to us then as Mr Du “Toyt” and not as Mr Du “Twa”.

We were quite ignorant of our diverse heritage at the time. This ignorance was due in part to the history that was fed to us by the government. We were taught about the arrival of the French Huguenots and the knowledge of winemaking they brought to our shores, but never about the goings-on behind the barns with the slaves. Today there are thousands of dark-skinned De Villiers, Du Plessis and Du Toits, whose language might be colourful but nothing like French at all.

Mr Du Toit rocked. He literally did. Standing before us at assembly, he slowly moved his weight from the back of his heels to the tips of his toes and back, his smart shoes crushing the grains of sand on the cold cement floor of the quad. The sound was audible and memorable to one who spent every day right up front. Small to tall, as we would be reminded.

One morning the rocking stopped, as loud chanting came from the street beyond the administrative block.

“DOWN WITH GUTTER EDUCATION!”

“DOWN WITH BANTU EDUCATION!”

This was something we had never heard before and we all stood there in silence, the tiny ones in front craning their heads down the corridor that led to the main entrance. It seemed like ages before Mr Steenkamp, the school secretary and PT teacher, calmly instructed us to head back to our classrooms. In an orderly fashion and “small to tall”, of course. Up until then we had never witnessed a disruption of any sort at our little school.

Nor had Mr Du Toit ever dismissed us before we had raised the flag and sung the national anthem. We were wary and confused, but calmly followed the instruction to march to our classrooms. Only once we were at our desks did the nervous whispering begin about what was possibly unfolding outside. Word filtered through that there were pupils from the neighbourhood high school at the school’s front gates, demanding that we not sing the national anthem nor raise the flag. The anthem was known as Die Stem, or “The Call Of South Africa”, although I don’t recall it ever being called anything in English. It was just Die Stem.

Either way, it was the anthem of the oppressor, but to us kids it was just an anthem of authority. And so was the flag. A pity, as I had only just mastered illustrating the flag, as was expected of us.

I’m not totally clear what those high school protesters expected us to do. We were little kids, only just learning about rules, laws and discipline. And now they wanted us to break them and join in on a protest march? For goodness sake, we would have needed our scholar patrol to herd us across the road.

The day’s happenings made for interesting conversation at the family dinner table that evening.

“Why don’t we have rights, Dad? Shouldn’t we fight for our rights? Why don’t we join the blacks and fight back?” I asked with the feeble backing of my older and wiser sisters.

“Because you’re not black and you’re just a child!” barked my father. He was right, of course. We weren’t black but I did know that we weren’t white either. And yes, it was too complex a thing for a child to understand. All I knew was that there were laws. And these were not to be broken. Even the oppressed had ambitions of being good law-abiding citizens. And we were quite happy with our lot because we were made to believe that one should be happy with what you’ve got.

Restaurants were off limits and so were most of the beaches on the Atlantic seaboard. We couldn’t afford to eat out anyway and the white folks could keep their ball-freezing Atlantic waters to themselves as far as I was concerned.

The reality of apartheid became embarrassingly real to me on the warmer-water beaches of False Bay. Of the one hundred kilometres of beach, only one kilometre was open to coloureds — Strandfontein and Kalk Bay Harbour. Strandfontein was a bit of a drive and Kalk Bay was too coloured. Even the undesirables had their prejudices. The only other beach was Mnandi, but that was reserved for black Africans. The most accessible to us was Sunrise beach but this was for “Whites Only”. We all knew that and so did my father, but he always persisted that we try there first, with much protestation from the rest of the family.

It was always the same. We would unpack, find a nice spot on the sand and settle down. Five minutes later a safari-suited policeman would walk up to us and ask us to leave.

My father would mumble under his breath as we packed up and left, with the white beachgoers looking on disapprovingly. I’m still not too sure what they disapproved of. Were they disgusted by the unfairness of the system or us having the nerve to be there in the first place? Did we spoil their beach day?

All we were concerned about was the embarrassment, and we would take this out on my father. “We told you so,” we moped in unison as we made our way to windswept Strandfontein. DM