You must fire Minister Zweli Mkhize to maintain your in...

You must fire Minister Zweli Mkhize to maintain your integrity, Mr President 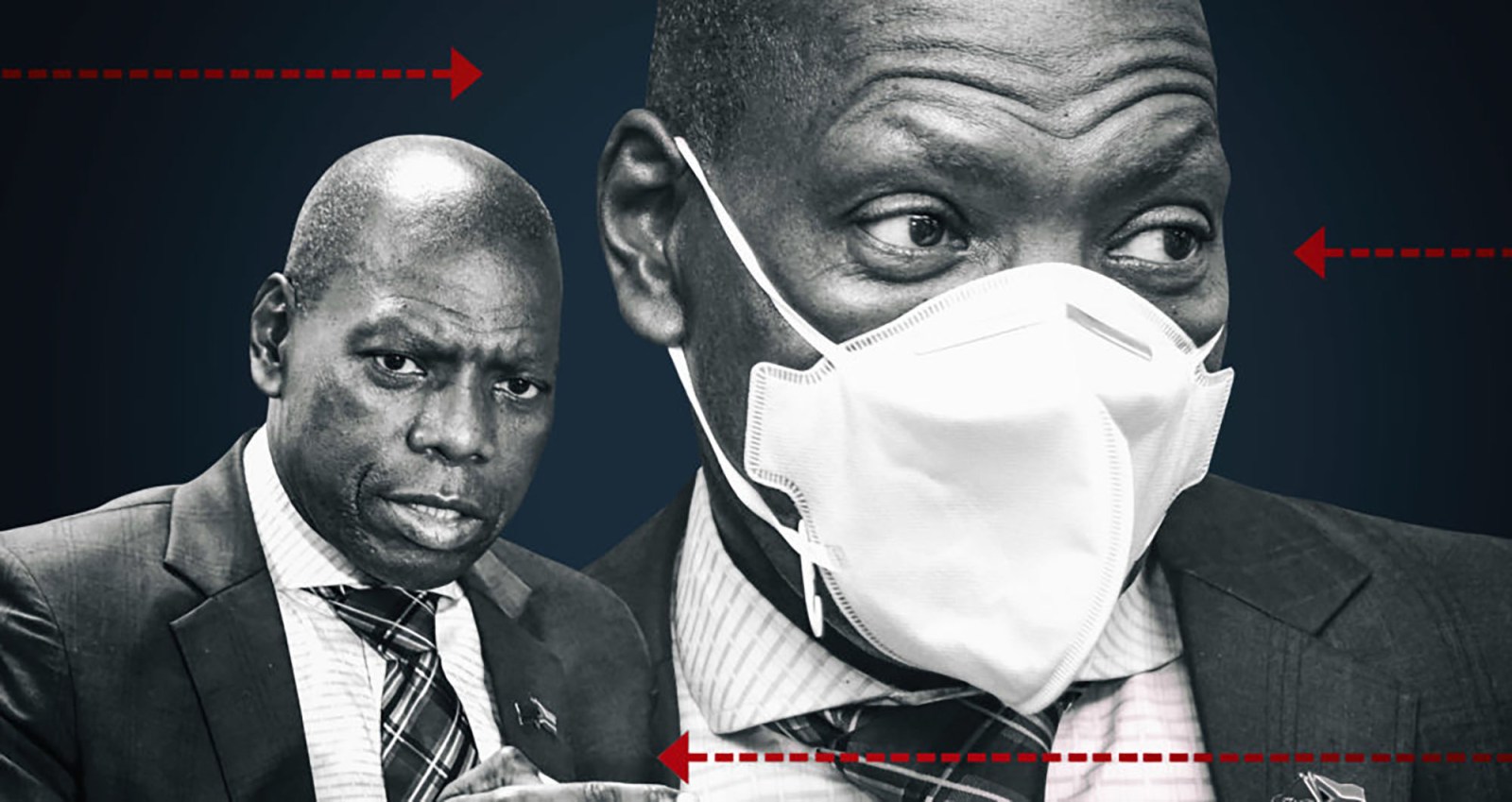 Cyril Ramaphosa is being watched on how he is dealing with Zweli Mkhize, the embattled health minister who is mired in the controversial and seemingly corrupt R150-million Digital Vibes contract.

The re-emergence of former president Thabo Mbeki from his political hibernation created a buzz that gave the media and analysts much to pore over during the past week.

Speaking at the ANC provincial executive committee meeting in East London on 31 May, Mbeki spoke at length about ANC renewal while also reminding the attendees that the party had not dealt with the endemic problem that it had identified two decades ago.

Quoting a speech made by the late Nelson Mandela at the ANC’s 50th Congress in Mahikeng in December 1997, Mbeki warned of careerists within the party who see the ANC as merely a platform to advance their political fortunes and gain access to state resources. Mandela said “we [the ANC] have also been faced with various instances of corruption involving our own members, including those who occupy positions of authority”.

Reading this statement one would be forgiven for thinking these words were uttered in the recent past. President Cyril Ramaphosa has been banging the “ANC renewal” drum for a while now.Two important points can be deduced from the events of this past week. One is that there is no realistic hope for an ANC renewal as things stand.

Mandela’s comments from 23 years ago ring true for the ANC today. All the successive ANC conferences since Mahikeng have bemoaned the “new culture” of self-enrichment by the leaders and the deep-rooted corruption within the party. Yet it remains till today.

The second point is that Ramaphosa will not be judged on what he says but rather on his actions. This becomes ever so important as he now faces a difficult period in which some of his strongest allies are either implicated in acts of corruption or are alleged to have used their positions to advance their personal interests.

Ramaphosa is being watched on how he is dealing with Zweli Mkhize, the embattled health minister who is mired in the controversial and seemingly corrupt R150-million Digital Vibes contract. The contract was handed to the minister’s close allies and some of that money found its way back to Mkhize’s family members.

Also, the country’s much-needed Risk Mitigating Independent Power Producers Procurement Programme – aimed at bringing additional electricity capacity to our ailing Eskom grid – is in jeopardy owing to the court action brought by one of the losing bidders in the programme. Allegations of collusion between senior officials in the Department of Energy and a political fixer with links to Minister Gwede Mantashe have been made.

The president has to be seen to be taking these allegations seriously.Speaking in Parliament during the Presidency’s budget vote on 2 June, the president said he was disturbed by the allegations against Mkhize and was awaiting the conclusion of the investigation by the Special Investigating Unit (SIU) on the matter.

During a press conference in Parliament on 3 June, I asked the president if he was not concerned about the impact of the scandal on the country’s vaccine roll-out and if – given the preliminary evidence already in the public domain – he is not taking a political risk by delaying his response.

He said he did not believe he was taking a political risk; a risk would arise from him taking no action. What he is missing is that the success of the vaccine roll-out programme largely depends on the buy-in of the South African public. Already there is scepticism from some quarters, with some questioning the effectiveness of the vaccine and others spreading disinformation.

Part of the success equally depends on the person leading the campaign. Until the Digital Vibes saga, Mkhize was that convincing and believable champion of the vaccine campaign.

The disappointment of many with the Digital Vibes saga is not that a government minister is implicated in wrongdoing. Rather it has to do with the fact that the likeable Mkhize is mired in such a controversy.

Ramaphosa cannot adopt the same wait-and-see attitude he usually does when dealing with ANC internal battles. The attitude may have worked in the case of ANC Secretary-General Ace Magashule, when he allowed for internal processes in the ANC to deal with the errant secretary-general. Matters of government have a much wider implication.

Likewise, it would be sad if Ramaphosa is prioritising political considerations ahead of the integrity of his government and that of the entire vaccine programme.

The employment of ministers, unlike that of public servants, is not governed by the Public Service Act, where the conditions of employment are spelt out. Ministers serve at the behest of the president. Frankly, he can even fire one for wearing ugly shoes. (No, this is not directed at the finance minister.) The point is that Ramaphosa’s decision does not depend on the outcome of an investigation by the SIU.

The alternative would be for Mkhize to do the honourable thing and resign. Failing which, the president has no choice but to fire him immediately. DM168