This weekend we’re watching: Zeytin, a homeless dog in Istanbul 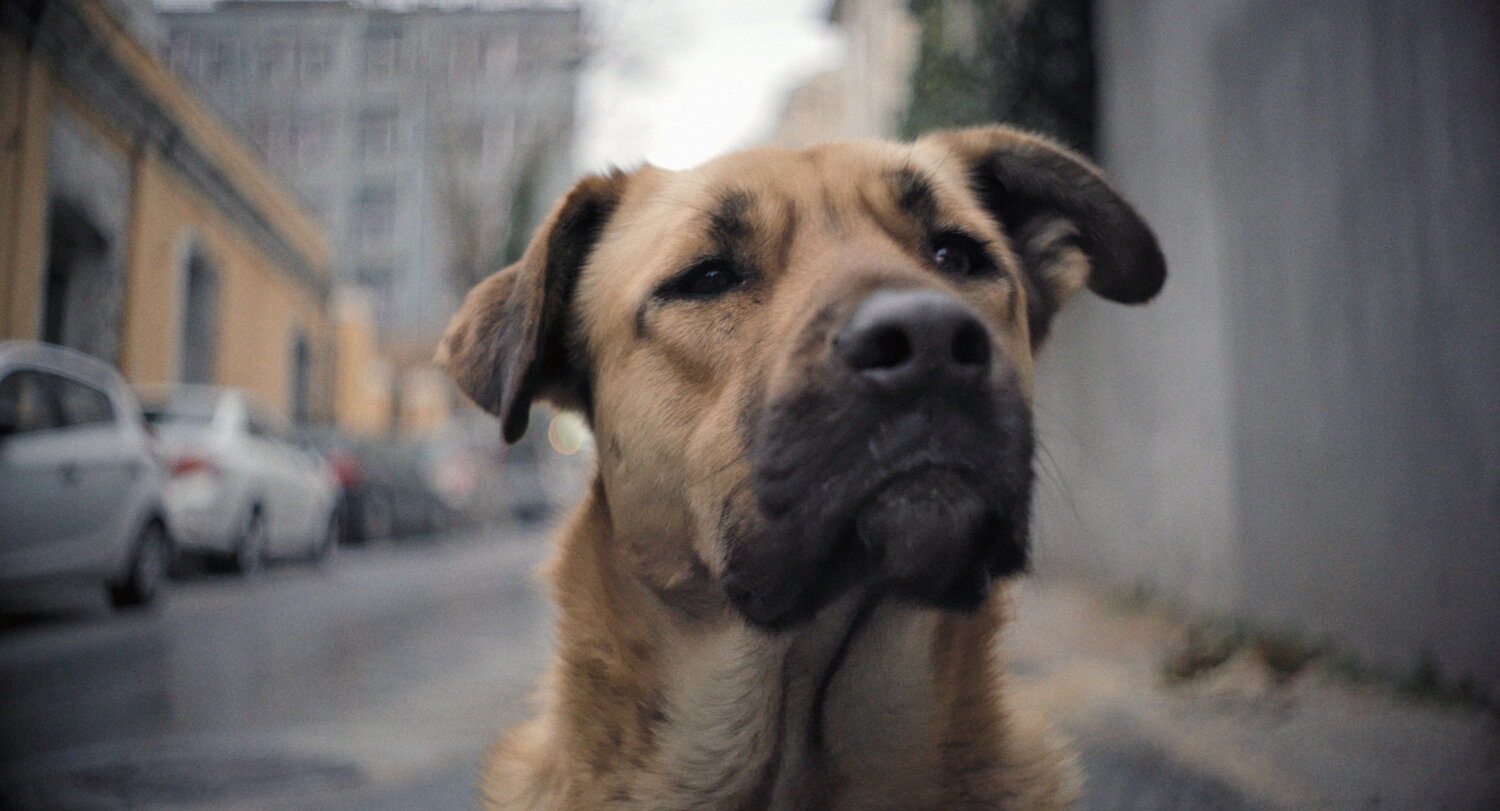 Stray shows us a life without home or power through the eyes and ears of the dogs that live on the bustling streets of Istanbul.

There aren’t many films like Stray. The closest things most people will have seen to it are anthropomorphic National Geographic productions that chop and change hundreds of hours of footage to construct human-like narratives around wild animals. That twee tactic is not employed in Stray, but that style of wildlife production is similar to Stray in that it gives animals agency and attempts (both literally and metaphorically) to show their unique perspectives.

Stray is a documentary following the lives of homeless dogs living in Istanbul, directed, produced, filmed and edited by Elizabeth Lo. It was filmed between 2017 and 2019, and premiered at the Hot Docs Film Festival in 2020, where it won the Top Jury Prize.

The film explains how “Turkish authorities have tried to annihilate stray dogs since 1909, leading to mass killings of Istanbul’s street dogs for the last century. But widespread protests against these killings transformed Turkey into one of the only countries where it is now illegal to euthanise or hold captive any stray dog.”

While Turkey has granted its dogs special rights, it hasn’t become some doggy utopia. It is estimated that there are nearly half a million stray dogs in Istanbul alone, most of which live hard-knock lives.

Stray begins with a montage of the various canine characters that roam the streets of Istanbul, but there is one dog, in particular, that takes centre stage — Zeytin.

Zeytin was chosen as the protagonist of the film because of her staunch independence. One of the biggest difficulties of capturing candid footage is that subjects’ behaviour change in the presence of the camera; but Zeytin boldly went about her business, unperturbed by the humans trailing after her.

She is filmed from street level by a hunched camerawoman tiptoeing behind her, so moving shots are very bumpy, but this feels in line with Zeytin’s experience, so you’re unlikely to be annoyed by the camerawork so long as you can tolerate the occasional dog-bum in the face. While filming Zeytin, Lo (because she could not speak Turkish) became acutely aware of the body language of dogs and humans alike. Without language, she purports to have felt every bit as much an outsider as the dogs she filmed, and acquired a special appreciation for a dog’s way of interacting with the world.

Zeytin roves the restless streets, a maze of metal and tarmac. She is ignored and accosted by vehicles and pedestrians alike. We see the bottom halves of countless people walking by, jabbering indistinctly, their voices muffled at the edge of the directional microphone’s range. A classical score scampers alongside her, accentuating her cuteness, vulnerability and sense of intrigue.

Zeytin’s tolerance for the aggression of strangers is heartbreaking. Restaurant owners shoo her with a kick, and dog owners hastily hoist away their pampered little pets in fitted raincoats, lest they interact with the revolting stray which “will kill you” if you get close.

One feels pity for Zeytin — a gentle and intelligent creature, treated with such disrespect, but one also comes to appreciate the grace and dignity with which she confidently inhabits her city; and when a human voice calls her name in the distance one soon realises that she is not as alone as she appears.

Zeytin keeps the company of a small group of Syrian refugees — three boys who live in an abandoned construction site. Unable to get refugee work permits and addicted to glue-huffing, the boys are treated with even more hostility than she is. Turkey’s unusual laws have created a strange situation whereby homeless dogs cannot be detained, but homeless children can be.

There is a loving interdependent relationship between the stray dogs and these boys. In the peripheral squalor of society, sometimes those with the least are the most capable of kindness. It seems significant that amidst a thronging walking street, the only person willing to throw Zeytin a bone is a garbage man.

There are definitely lessons of this kind to be learned from the people and dogs in Stray. Lo made a slightly too on-the-nose decision to spell these lessons out with quotes of the virtue of dogs by ancient philosophers. For example:

“Human beings live artificially and hypocritically and would do well to study the dog” — Diogenes of Sinope, 360 BC.

While they’re lovely quotes, their frequency undermines their potency and they eventually read more like cliché bumper stickers than sage insights.

Zeytin’s indifference to her followers facilitated an experimental documentary wherein the narrative is driven by the dog herself, allowing what feels like a peek behind the curtains that divide our species, and giving Stray a mystical quality. It’s as much about “stray people” as dogs. It’s a beautiful and brutally honest account of what it’s like to live in a populated area as “a being without status or security”. DM/ ML

Stray is available in South Africa on Apple TV or at the Encounters South African International Film Festival 2021 from June 10 – June 20.
You can contact This Weekend We’re Watching via [email protected]