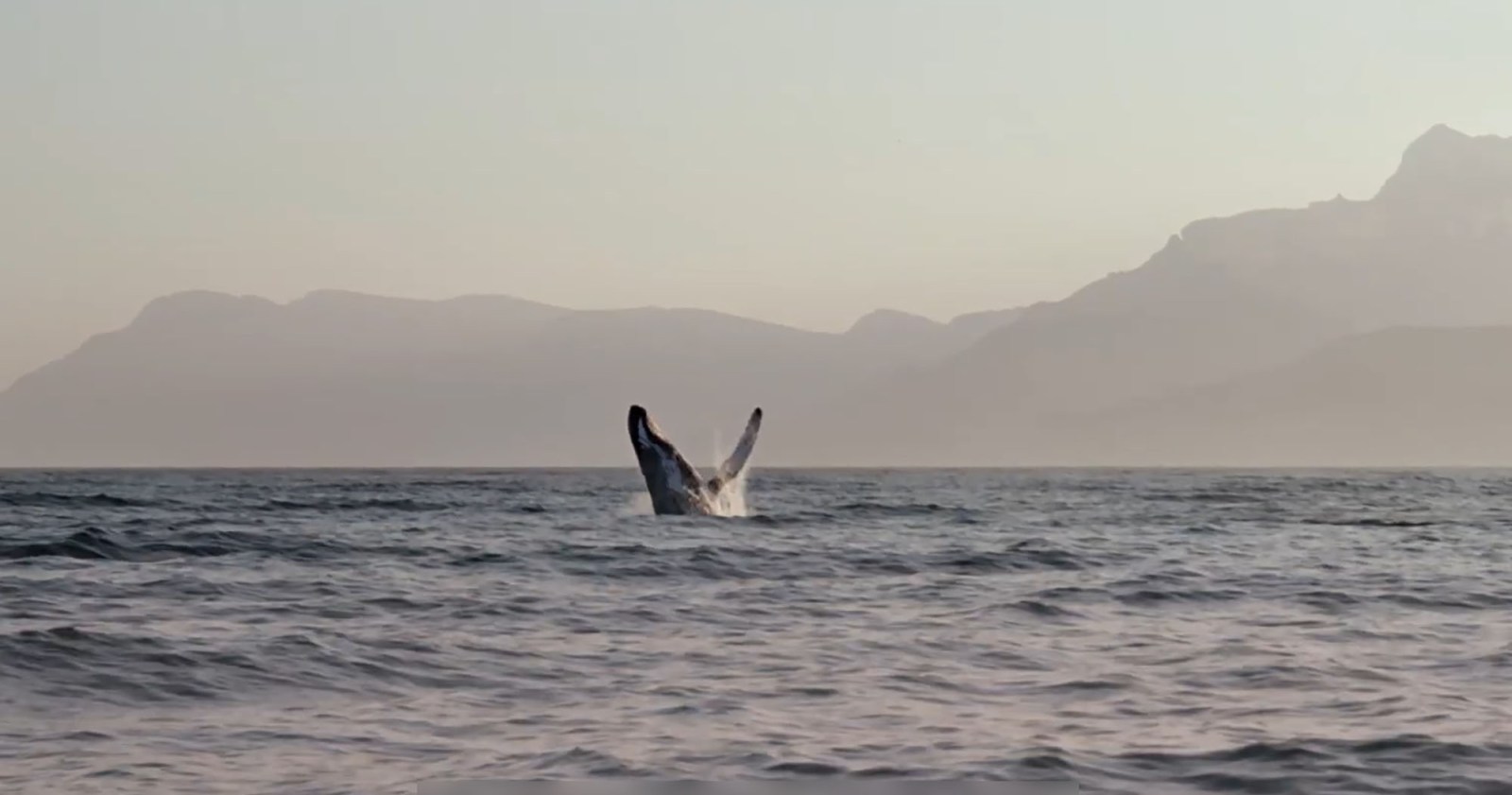 British officials did not consider the environmental impact of a new naval base in the Indian Ocean, despite evidence it will have ‘large adverse’ consequences for a species of whale ‘at high risk of extinction’, Declassified has found.

A new port for British warships in the Gulf state of Oman is being built on a key migration path for a rare breed of whale.

The revelation comes as the Royal Navy’s flagship, the giant 280m HMS Queen Elizabeth aircraft carrier, is steaming towards the port on her way to China.

The Ministry of Defence (MOD) took six months to answer Declassified’s request for copies of any environmental impact assessments of its new base at Duqm in Oman, before conceding in January 2021 that none had been undertaken by the military.

She said: “We hear endlessly from this government that it is ‘world-leading’ on environmental issues, yet once again on a crucial issue for a keystone species it is trailing behind others, failing in its most basic responsibilities to nature.”

Environmental assessments of Duqm conducted by other users of the port warn that construction will have a “large adverse” impact on the rare Arabian humpback whales which use the area as a nursery habitat.

A study by the US National Oceanic and Atmospheric Administration in 2016 found that the Arabian whale was “one of only four humpback whale populations around the globe that is not recovering from historical whaling, and is at high risk of extinction without serious conservation efforts”.

Fewer than 100 surviving Arabian whales are thought to remain along Oman’s coast, with leading conservationists concerned that “port construction and expansion is occurring in key humpback whale habitat off Oman”.

Over the past decade, Oman’s ruling family has developed Duqm from a sleepy fishing harbour into an international port, special economic zone and oil refinery. The UK government lent Oman money to build the oil refinery, which did undergo an environmental impact assessment.

The oil refinery study, which was completed in 2017 by London-based engineers WSP UK Limited, shows that increased construction in Duqm would harm marine wildlife and criticised earlier studies for making “no consideration of potential impacts on turtles or whales species”.

It went on to identify Duqm as a natural habitat for the “very high” value Arabian whale, which it described as a “regionally endangered species with limited distribution”. The Gulf of Masirah, which lies beyond the harbour wall, is suspected to be a “nursery habitat” for the rare whales.

The consultants found there was a “large adverse” risk to the whales from “ship strikes, underwater noise and changes in prey distribution and abundance arising from disturbance and dispersion of sediments during dredging”.

Arabian whales have been repeatedly seen inside Duqm harbour over the past 10 years, including as recently as January when one had to be freed from a fishing net. Other endangered species, including dolphins and turtles, are also recognised as using Duqm.

The Port of Duqm says it has put measures in place to protect marine life, such as a speed limit.

The Sultan’s British-trained riot police spent last week stamping out protests in at least 12 towns and cities across Oman, firing tear gas and arresting scores of people, as demonstrators called for an end to corruption among the regime’s senior members.

British defence ministers have repeatedly refused to tell parliament how much it will pay Oman to use the Duqm base, claiming it could “prejudice our relations” with the Gulf state if the price was revealed.

Defence secretary Ben Wallace has announced plans to triple the size of the base by injecting an extra £23.8-million into the project. Much of that money will be shared between UK military contractor Babcock, a Belgian company and the Omani authorities.

Last September, the MOD temporarily deployed 20 personnel to Duqm as part of a “UK Port Task Group”, coinciding with a visit by Wallace. Ministers have not yet specified how many personnel will be based in Duqm once the facility has tripled in size.

Another addition to Britain’s base network in Oman is a “joint training area” located 70km south of Duqm at Ras Madrakah, where tank crews train in the secretive Gulf state.

The MOD’s international security directorate told Declassified that although no environmental impact assessments of Duqm or Ras Madrakah had been done by January 2021, these would be conducted as the bases developed.

However, records show that the Duqm base was operational in 2018 when it was used as a staging post for what the Royal Navy called the “UK’s biggest war game since 2001”.

The navy also used the base this January to conduct half a million pounds’ worth of repairs to its frigate HMS Montrose.

In addition, British tanks were able to train at Ras Madrakah as early as April 2019, suggesting the construction of this base is also more advanced than the MOD claims.

When we asked the MOD press office in May 2021 why this activity had taken place without an environmental assessment, and whether one had been done since responding to our FOI request in January, officials did not answer our question directly.

Instead an MOD spokesperson said “we will continue to comply with relevant Omani and UK environmental regulations and assessments” as the bases are developed.

Babcock did not respond to a request for comment.

The MOD claims to take global environmental protection very seriously at its other overseas bases and Britain designated almost all of its Chagos Islands territory in the Indian Ocean as a “Marine Protected Area”.

The islands, which lie 6,500 km southeast of Duqm, contain the US-UK military base on Diego Garcia, which was built in the 1960s after the indigenous community was expelled in violation of international law.

US government cables released by WikiLeaks revealed how in 2012 British diplomats hoped “former inhabitants would find it difficult, if not impossible, to pursue their claim for resettlement on the islands if the entire Chagos Archipelago were a marine reserve”.

UK troops stationed on Diego Garcia are tasked with protecting the Chagos Islands’ “64,000km2 of pristine, ecologically important waters from illegal fishing activity”. The British government is currently flouting a UN court ruling that the islands belong to Mauritius.

During the 1960s, Britain also ignored a series of UN General Assembly resolutions that called for “the removal of British troops and military bases” from Oman. Although Oman became nominally independent from the UK in 1970, British troops have never left. DM

Phil Miller is a staff reporter at Declassified UK, an investigative journalism organisation that covers the UK’s role in the world.