Aloe there: Getting up close with the ‘plant of immor...

Aloe there: Getting up close with the ‘plant of immortality’ 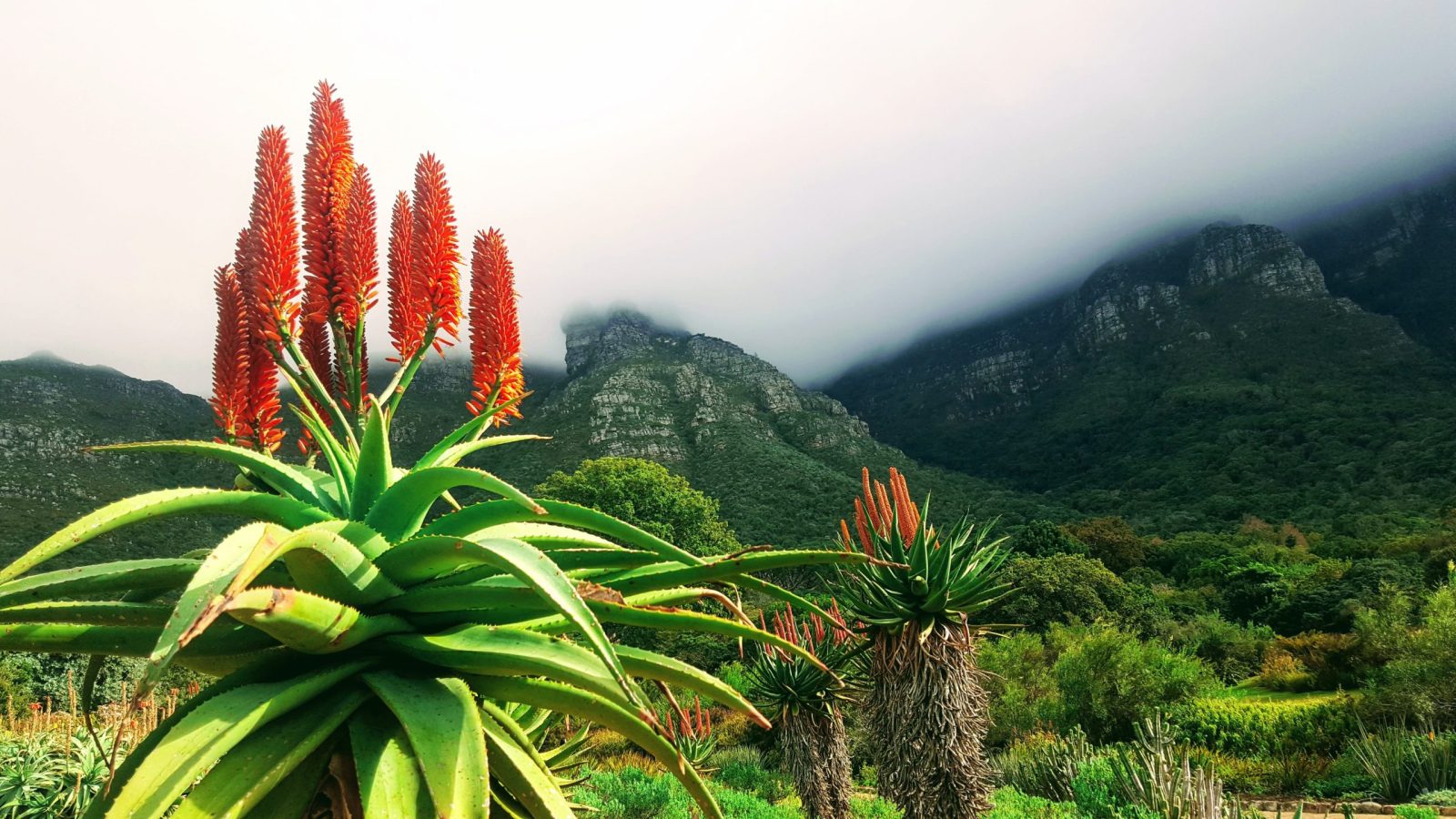 Aloes have featured in San paintings dating from 5,000 to 2,000 years ago, and medicinal use of the plant is recorded in Egypt from as far back as 3000 BC as well as being referenced in the Bible.

In Athol Fugard’s 1978 play, A Lesson From Aloes, the aloe is used allegorically as a tool for trying to establish a sense of place in a country with so much racial conflict.

In isiXhosa, Aloe ferox is named Ikhala. It is beautiful, strong enough to survive harsh, dry conditions and has well-known medicinal properties. In the Eastern Cape, it features as a symbol on car number plates, and it also appears on the medal for the Order of Mendi – a national honour for bravery.

“The central image is sealed above by a green emerald which is surrounded on three sides by renditions of the bitter aloe, a hardy indigenous South African plant used in traditional medicine. The three bitter aloes represent resilience and survival and also serve as symbolic directional pointers, showing the way when rendering assistance to those in need during natural disasters,” says the government’s website.

Aloes have featured in San paintings dating from 5,000 to 2,000 years ago, and medicinal use of the plant is recorded in Egypt from as far back as 3000 BC as well as being referenced in the Bible.

Such is the importance of the Aloe genus in the South African landscape and in the world.

The aloe is a member of the Asphodelaceae family and is sometimes referred to as “the plant of immortality” as it can live and bloom without soil. Their flowering time is predominantly from May to August, and their height varies from a few centimetres to 4m.

Originating from southern and eastern Africa, Madagascar and the Arabian Peninsula, there are more than 550 naturally occurring species in the world.

Planting aloes in your garden

Aloes like a tropical climate with no frost and can withstand high temperatures and limited water. Their preferred domain is rocky outcrops, where you can marvel at the show of them marching across the countryside like Triffids – the fictional plant imagined by British sci-fi author John Wyndham in his 1951 novel.

Winter trips through the Eastern Cape and en route to the Lowveld are well rewarded with magnificent shows of flowering aloes. Not only are they loved for their vivid colours, statuesque forms and hardiness, but they are often the main source of food for some birds during winter. Sunbirds flit around the flowers enjoying the sap and it is always worth having at least one aloe in your garden to enjoy the birds they attract.

When planting them domestically, they do not need rich soils – although they will benefit from them – and they need up to eight hours of sunshine a day.

About its healing effect

The sap from the Aloe vera plant is enormously important for its healing properties.

Aloe vera gel treats mild burns, and Aloe vera in toothpaste treats candida, plaque and gingivitis. It can also help with the eradication of acne.

Extract of Aloe vera juice added to smoothies or mixed with fruit juices helps with hydration, which leads to improved liver function, and it is a rich source of antioxidants and vitamins B,C and E. Aloes are the only plant source of Vitamin B-12, which makes it an excellent supplement for vegetarians and vegans.

Added to this, Aloe vera controls the secretion of acid in your stomach, reducing heartburn and combating gastric ulcers. It does not contain sugar and has only a few calories, so the dietary benefits are there.

On the strength of all this information, and longing to see a magnificent show of aloes in flower, I drove out to Andy de Wet’s Aloe Farm in Hartbeespoort.

De Wet developed a passion for aloes as a young man and hybridised his first aloe in 1973, after which he went on to study botany, and is now recognised as the biggest grower and hybridiser of aloes in the world. He exports his products all around the world.

From the more than 550 natural occurring species, he has hybridised many more, with beautiful shapes and colours and sizes.

There is the splendid Aloe Bafana developed for the 2010 Fifa World Cup, featuring a mass of yellow flowers; the two-tone Aloe Rocket which is dedicated to South Africa’s very own rocketman, Elon Musk; and the Aloe Peri-Peri and Hedgehog are two of his biggest sellers.

Close to his heart is the saving of aloes in the wild, as people often strip the veld of naturally-occurring aloe plants, such as the Aloe Marlothii. To this end, he has developed the large Aloe Magalies Mix, a hybrid which matches Aloe Marlothii in size. In addition, he is growing smaller hybrids from seed to mitigate against the theft of smaller aloes in the veld.

The names he gives many of his aloes are glorious, such as Aloe Firefly, Aloe Marilyn (after the famous photo of her in the flared skirt), Aloe Crunchie, Aloe Tom Thumb, and Aloe Alligator with its extremely serrated leaves.

And so, the aloe reigns: interplanted with crassulas and cotyledons and Echeveria, they make the most splendid show of colour during the winter months, silent figures that add structure to the garden. And who knows, extrapolating from Fugard’s play, could the magnificent aloe possibly be a vehicle for peace in a tempestuous society? DM/ML