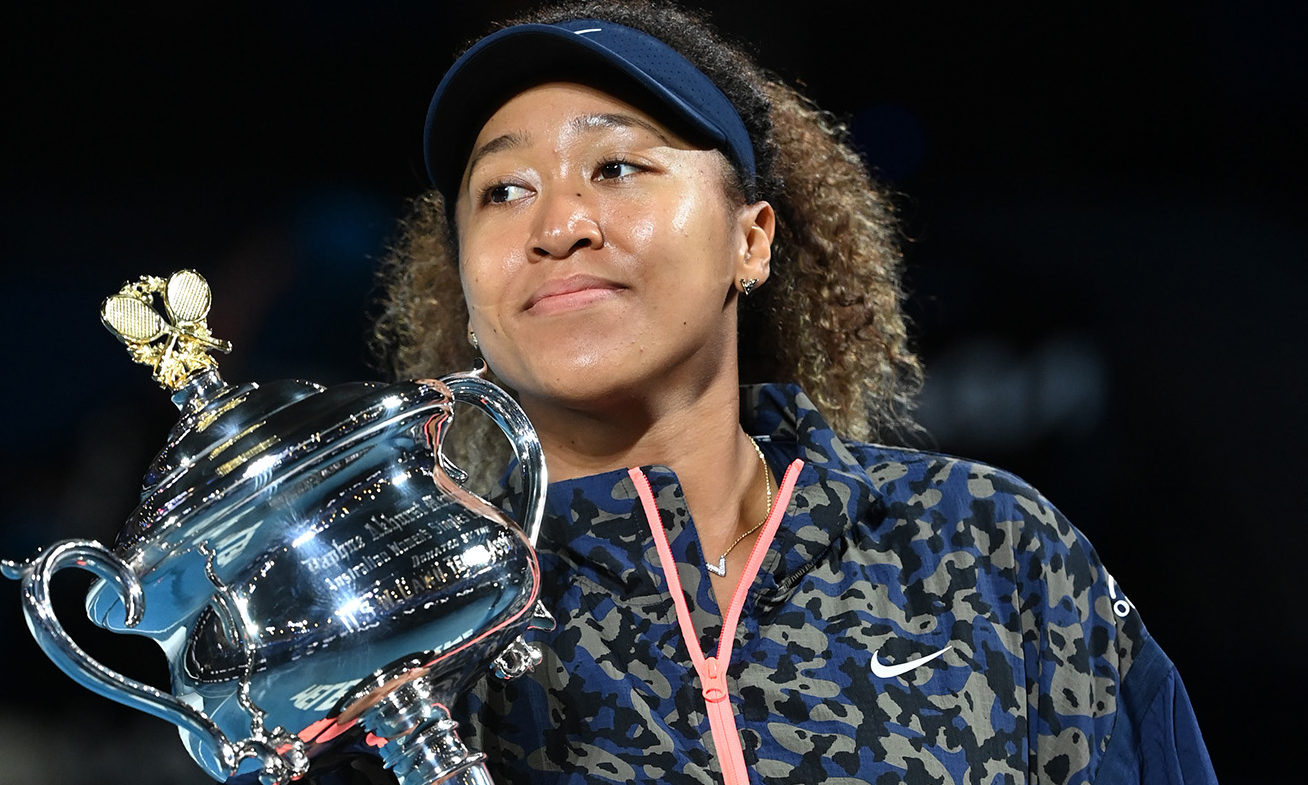 Tennis star Naomi Osaka caused a storm of controversy after refusing to do press conferences and pulling out of the French Open. (Photo: EPA-EFE / DAVE HUNT AUSTRALIA AND NEW ZEALAND OUT)

The ludicrous response by the suits to Naomi Osaka’s unilateral decision to avoid contractual media duties to preserve her mental health has snowballed into a mega power struggle. Somewhere along the line, it is clear that there is a breakdown in trust and communication.

When former South African cricketing great Hashim Amla was approaching the height of his powers, he took what, from the outside, seemed a brave and bold decision.

He approached Cricket South Africa (CSA) to discuss an objection he had with wearing the Castle Lager logo on his Test kit. As a devout Muslim, endorsing alcohol went against his principles.

Instead of sanctioning Amla, CSA and representatives of the sponsor engaged with the player and in no time at all, a solution to the potentially tricky situation was reached.

Amla would not be required to wear the logo and the decision would not prejudice his earnings or damage the relationship between CSA and a vital sponsor. The outcome was relayed clearly to the media and then on to the public.

Of course, there was a small minority who somehow found Amla’s action offensive. But by and large, most people understood the position, shrugged and continued to revel in the joy Amla brought as he amassed thousands of runs in a kit that never bore Castle’s logo.

Had Amla just covered the logo with some tape, without mature dialogue and consultation, a relatively simple outcome could have led to unnecessary fallout between one of the game’s great players and the powers that run cricket.

Which is what’s happened in tennis, in the Naomi Osaka/French Open/Grand Slam organisers “situation”.

What could have been a simple solution to accommodate a great player struggling with anxiety brought on by the stress of facing the world’s media, has instead snowballed into a power struggle.

Osaka made a unilateral and, by her own admission, “pre-emptive” decision to avoid contractual media duties at the French Open to preserve her own mental health. Organisers came back with a $15,000 fine when she followed through, and topped that with heavy-handed threats of expulsion from future Grand Slams.

It was a ludicrous response by the suits that took a situation from a mild skirmish to all-out war in minutes.

Somewhere along the line in this situation, communication has broken down. That implies trust has been broken, which in turn implies that tennis is in a dire place.

If the world’s leading female player – and her agents and handlers who have been involved in the game for decades – did not feel comfortable discussing the issue beforehand, something is rotten.

Yes, Roland Garros was angry at Osaka’s decision, which technically violates contracts they hold with various sponsors and broadcast partners. The four Grand Slams account for about 60% of tennis’ pre-Covid $2.3-billion value.

And a lot of that is attached to its biggest stars marketing the events in areas off court – in other words, media engagements.

Top tennis players earn the millions they do because of sponsor income, broadcast rights funding and media engagement. Tennis’ elite players are lavishly compensated, but part of the contract they agree to is that they have to undertake certain media obligations. And the brighter the star, the hotter the press attention.

So, when the biggest female star says, “I’m only playing tennis,” the commercial damage to the biggest cash cows in the sport is vast.

But that does not excuse the heavy-handed comeback and poor management of this situation. Have any tennis administrators stopped to ask why a player would do this without consultation?

Rules breached but lack of leeway

No one can argue that point and it’s clear Osaka breached the rules, yet the narrative has somehow shifted to the media being the bad guys in this, which is a stretch. However, we in the media are not entirely innocent.

The press conference was established as a way of politicians, athletes and other public figures addressing many journalists at once. It was never meant to replace real journalistic traits of contact-building and dialogue in other informal settings.

Somewhere along the line, this has become a crutch and necessity for lazy journalists, rather an additional means of interaction. But it mustn’t mask that the real issue here is about poor relations between tennis players and the governing bodies they serve.

Tennis leaders have also chosen a one-size-fits-all approach to athletes, which doesn’t take into account individual needs, personalities or medical conditions. What works for Roger Federer does not necessarily work for Osaka. And that uniformity comes with one-size-fits-all punishments too. It’s like tennis authorities are still living in the 1950s.

There was almost zero private communication between the organisers and Osaka, which is absurd. I simply do not believe that Roland Garros’ big wigs couldn’t reach Osaka (as they claimed in a statement) or her handlers to ask for a quick meeting. Sports administrators, as we have seen in this country, often believe that they are more important than the players.

Novak Djokovic praised Osaka’s bravery and wished her well and Venus Williams explained that she handles the media pressure by (rightly) telling herself that those asking her questions could never do what she does.

Many on social media held up Venus’ and Djokovic’s remarks as proof that press conferences are the devil, while missing the irony that those comments were made at… press conferences – the very thing Osaka opposed.

Osaka’s position is that her health and good mental wellbeing is far more important than appeasing some old agreement to appear in front of the media. She believes she can communicate with her fans through her own media channels such as Instagram. Which she can.

For Osaka fans, that is enough. The world she projects to them will arrive curated by Osaka. It will be on-brand and on-point and will probably steer clear of controversy.

For people who want more objectivity, the role of the media is still crucial, otherwise we’d have a world curated by public relations officers. A press conference, for all its faults and banality, can still offer the prepared and courageous journalist the chance to ask a hard question.

Whether Osaka’s move was by careful design or by happenstance is unclear, but the Japanese star has challenged a governance system which needs challenging.

Osaka is the voice of change in tennis and the demands it makes on its stars. She might not have wanted the attention, but in another twist of irony, she is now in the centre of a media storm and a tennis power struggle. DM