Germany-Namibia landmark accord: Negotiating the price tag of redemption for colonial genocide 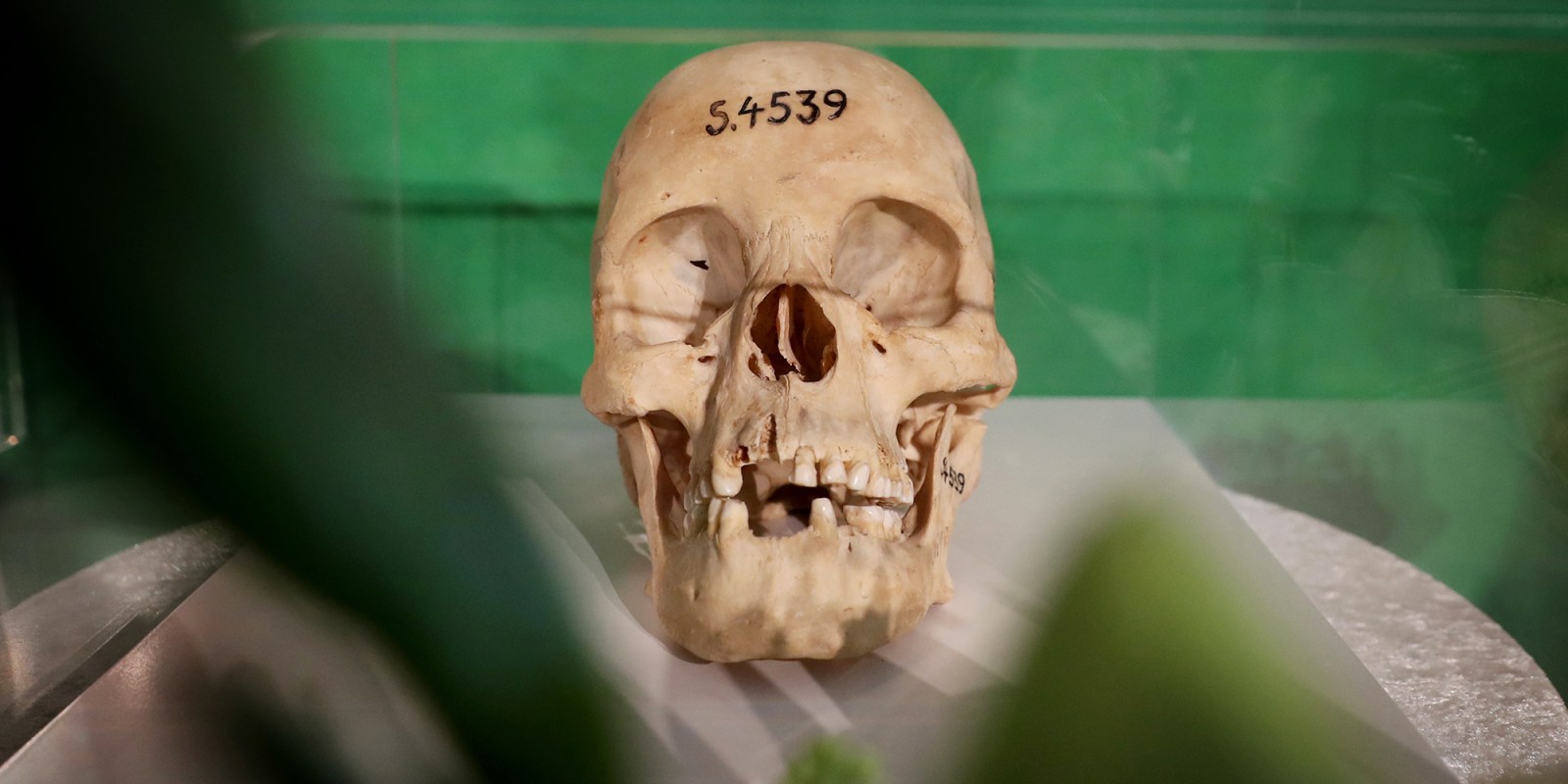 A human skull is displayed during a ceremony in Berlin, Germany, on 29 August 2018. The German government handed back human remains from Germany to Namibia following the genocide from 1904 to 1908 against the OvaHerero and Nama. (Photo: EPA-EFE / HAYOUNG JEON)

The devastating demographic and socioeconomic consequences of genocide can never be compensated. Improving the well-being of the descendants of the victims is, however, important. So is an adequate expression of remorse in recognition of the historical injustices.

The accord announced at the end of May 2021 between the Namibian and German governments on dealing with the consequences of the 1904-1908 genocide in the German colony of South West Africa made international headlines. For the first time in history, a former colonial power offered officially on a state-to-state level an apology for state-sponsored mass crimes.

The result of these protracted negotiations is ambivalent and has triggered divided responses. Reactions among the OvaHerero and Nama as descendants of the main victim communities were overall negative. They dismissed the agreement as an insult. Others consider the accord as being a potential template for efforts towards postcolonial reconciliation, also involving other former colonies and colonial powers. This may apply even where this first case has gone lamentably wrong.

The agreement builds on former pronouncements, such as the speech by the German Minister for Economic Cooperation Heidemarie Wieczorek-Zeul at the centennial of the battle at the Waterberg, the beginning of the genocide. But it was only in mid-2015 that a spokesperson of the German Foreign Ministry conceded that the warfare in 1904-1908 was tantamount to genocide.

At the end of 2015, bilateral negotiations between the two governments were initiated, but these kept on hitting stumbling blocks. The first return of human remains in 2011 marked some initial progress, but subsequently, many opportunities for a more meaningful effort towards reconciliation were missed. The potential legal implications of any agreement as well as the precedents this might create for Germany and other former colonial powers loom large in the minds of foreign policy pundits. These include pending claims by Greece, Italy and Poland from World War 2. The compromise negotiated avoids such a trap.

Too little, too late?

The devastating demographic and socioeconomic consequences of genocide can never be compensated. Improving the well-being of the descendants of the victims is, however, important. So is an adequate expression of remorse in recognition of the historical injustices.

The package agreed to stipulates an amount of €1.1-billion for development projects over the next 30 years. This equates to roughly German development cooperation with Namibia for the last 30 years. Thus, remorse seems to come cheap. For OvaHerero Paramount Chief Vekuii Rukoro and others, this adds insult to injury.

For the Namibian government, such money is a tempting carrot. After all, the economy is in a deep recession, and Covid-19 has added to the fiscal crisis. A financial injection earmarked for development projects comes in handy at a time of eroding trust in government.

But German generosity is limited. After the tsunami disaster at the end of 2004, Germany also raised €1.1-billion through private donations and official humanitarian aid. For 2021, Germany’s capital Berlin has budgeted expenditure of €10.5-billion for personnel costs alone.

The German special envoy justified the amount with reference to Namibia’s limited “absorption capacity”. He claimed that representatives of the Nama and Ovaherero will together with Germany be directly involved in the administration and allocation of funds to ensure that the most affected communities will be the main beneficiaries. Ovaherero involved in the negotiations, however, bemoaned in a media statement of 30 May the exclusion of “the descendants of the victims” from the “Bi-National Commission” that is to be created under the agreement.

It’s not only about money

Reconciliation needs more than material compensation. Germany’s President Frank-Walter Steinmeier is expected to visit Namibia to offer an apology in the National Assembly. But this cannot replace the direct exchange with the descendants of the most affected communities. They have threatened to welcome the German president with protests.

The official German statement issued by the Foreign Ministry stressed that the recognition of genocide does not imply any “legal claims for compensation”. The “substantial programme… for reconstruction and development” is declared as a “gesture of recognition”. One wonders if “gestures” are indeed a sufficiently adequate form of recognition.

When reading the statement to the press, Foreign Minister Heiko Maas recognised the German special envoy Ruprecht Polenz by name. But deviating from the written text, he omitted the name of the Namibian counterpart Zed Ngavirue. And the statement’s claim that “the Herero and Nama communities were closely involved in the negotiations on the Namibian side” contrasts grossly with the protests from these communities in Namibia. Notably, even the representatives of three Ovaherero Royal Houses participating in the final round of negotiations, indicated upon return that they will not endorse the suggested agreement.

Through a long and halting process, Germany has made significant progress in facing up to the crimes and atrocities of the Holocaust. It also has reached a measure of reconciliation with neighbouring France, and to a lesser extent with Poland. If there is a lesson, then it is clearly that bilateral agreements between governments cannot replace reconciliation between the people of the two countries concerned.

This is replicated in Namibia ex negativo. Members of the most affected Namibian communities point to the fact that an annual public holiday commemorates the several hundred victims of a South African attack on the refugee settlement of Cassinga in southern Angola. But despite repeated demands, including those made in parliament, there is still no institutionalised annual Genocide Day.

Similarly, German post-colonial initiatives and other civil society agencies demand that colonial atrocities by the German empire should enter public memory in forms similar to the Holocaust memorial in central Berlin, as well as through decentralised communal forms of remembrance. So far, these initiatives remain largely ignored by the German government. But some headway has been made in a few municipalities and federal states. Recently, a large, state-funded initiative has gotten underway in Berlin for the first time.

As suggested in a current debate on the linkages between colonial genocide and the Holocaust, Holocaust monuments and Holocaust-related memory practices could provide one of the models for new memory culture. Should such a culture ever emerge, it will likely follow the “Stumbling Stones” project: not at the initiative of state authorities, but by the works of local and independent activists.

The German-Namibian agreement is the limited result of a compromise reached through flawed government negotiations. Both governments contributed to the fostering of sentiments in their societies among those who will keep on demanding more. Still, this is a widely acknowledged pioneering shift. From a German perspective, the admission of guilt with the consequences attached, is one step towards breaking continued colonial amnesia. DM