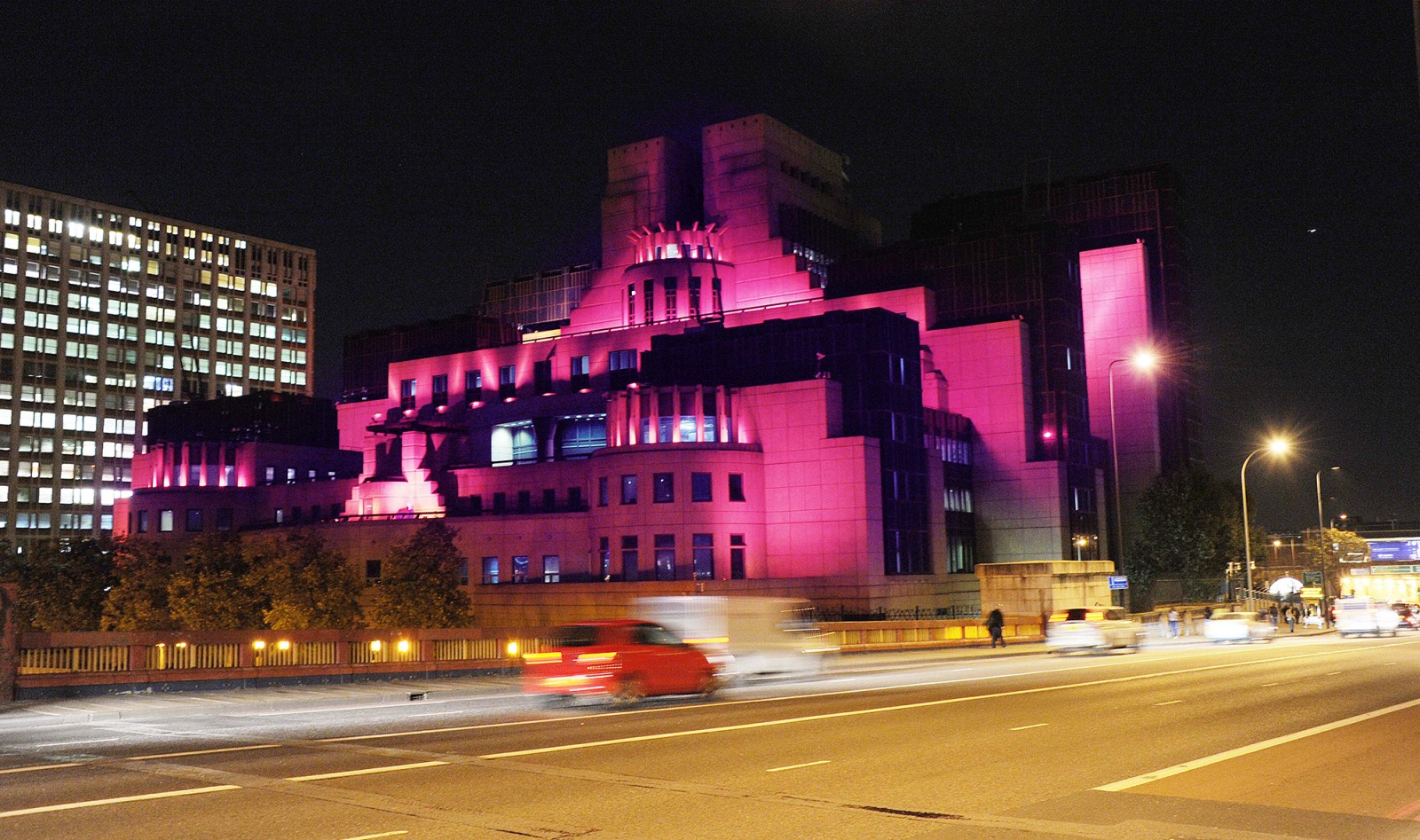 The new head of MI6 says his agency will monitor other countries’ climate commitments, but the UK’s intelligence agencies are refusing to provide any information on their own environmental footprint.

Richard Moore, Britain’s new chief of MI6, its external intelligence service, recently said that the “climate emergency” is the UK’s “foremost international foreign policy agenda item” and that his agency will check on other states’ commitments on climate.

Yet Declassified can reveal that MI6 and the domestic security service, MI5, make it impossible to submit requests under the environmental legislation to which they are subject, rendering it hard to discover these agencies’ own contributions to climate change.

The UK’s Environmental Information Regulations (EIR) were signed into law in 2004. They allow the public to request environmental information from public authorities and oblige them to provide it.

Unlike the Freedom of Information Act of 2000, which exempts Britain’s intelligence agencies and special forces from providing information on request, the EIR has no institutional exemptions.

But Declassified has made attempts for nine months to obtain information with no success, highlighting further the lack of democratic accountability of Britain’s secret state.

Tom Short, a solicitor at Leigh Day specialising in environmental law, told Declassified: “The EIR are clear that public authorities — including MI5 and MI6 — are required to ‘take reasonable steps’ to ensure information is organised so that it can be disseminated to the public and have a duty ‘to progressively make the information’ available and accessible to the public through electronic means.”

But, Short said, “The responses to Declassified reveal a total failure by the relevant authorities to do so.”

He added: “The treatment of these requests — including MI6’s complete silence to date and the Home Office’s refusal to forward on a request to MI5 — suggests that the UK’s intelligence services have no grip at all on environmental information matters, despite the likely extensive environmental impact of their activities at a time of ecological and climate emergency”.

In September 2020, Declassified sent a request to the Home Office, which oversees MI5, asking for environmental reports made about its operations from 2010 to 2020. A month later, the Home Office said it did not hold the information and suggested contacting MI5 directly through its website.

On its website, MI5 makes clear it does not have a press office. “If you work in the media and you would like to ask about intelligence matters or MI5, please contact the Home Office Press Office”, it notes.

After submitting a request through the MI5 contact form and receiving no response, Declassified requested the Home Office transfer the original request to the MI5, but this was refused.

It appears that in doing so the Home Office has not applied the law.

The Home Office did not transfer the request or provide a suitable address at MI5. However, an internal review upheld the decision to not forward on Declassified’s request.

Like MI5 and the Home Office, MI6 is a separate statutory body to the Foreign Office, but is overseen by it. Also, like MI5, the agency provides no information on its website on how to submit an EIR request.

But when in September 2020 Declassified made a request to the UK Foreign Office under the EIR for MI6’s environmental reports, it responded that it would transfer the request. However, nine months on, there has still been no response from the intelligence agency.

MI6 has a significant global footprint, having personnel stationed in all the main British embassies around the world.

Dr Stuart Parkinson, executive director of Scientists for Global Responsibility, a group of experts working for the ethical use of science, told Declassified: “The Ministry of Defence has just published a new climate and sustainability strategy. The Home Office is likewise required to monitor and reduce its environmental impacts. How can we know that any of this is being done in line with the nation’s climate and environmental targets, if adequate information is not being placed in the public domain?”

Declassified also sent a request to the Ministry of Defence (MOD) in November 2020 asking it to disclose the environmental reports on the special forces under the same environmental legislation.

Two months later, UK Strategic Command, the body which oversees the military, responded by noting that a search for the information had been completed, but that “the MOD does not confirm or deny it holds any information in relation to your request.”

It cited a national security exemption in the legislation, and added: “Were the MOD to confirm that the information was or was not held, this would alert adversaries to operations conducted by UK Armed Forces. The MOD has a core duty to protect the UK.”

The MOD also noted that “the balance of public interest lay in neither confirming nor denying whether information in scope of the request is or is not held.” It is unclear why disclosing the existence of the special forces’ environmental records would alert adversaries to its operations.

However, in response to a request for an internal review, the MOD reversed its decision.

The review, by Sandra Gardiner, the head of the MOD’s information rights team, noted that: “It has been a long-standing Government policy not to comment on the activities of UK special forces. This policy of NCND [neither confirm nor deny] is an essential element in enabling this strategic asset to operate effectively.”

However, her review found that “confirming that no information is held…is not commenting upon the activities of the special forces specifically.”

Gardiner further noted that the responsibility for the government’s environmental objectives “has not been devolved to individual military units”, meaning they do not have to report their environmental footprint.

Gardiner concluded: “I find that your request was not handled fully in accordance with the Regulations”.

Aside from the EIR, Britain’s security services and special forces operate as secret elements of the British government. In 1989, MI5 was put on statutory footing, then in 1994 so was MI6, while a parliamentary Committee for Intelligence and Security was created to improve oversight, but this has long been criticised for being toothless.

The Ministry of Defence has long refused to answer any parliamentary questions about the role of the special forces. However, all these institutions authorise leaks to the British press as part of their media management strategy.  DM

Matt Kennard is head of investigations, and Mark Curtis is editor, at Declassified UK, an investigative journalism organisation that covers the UK’s role in the world.