Picking up the pieces: Chiefs out to salvage a nightmar...

Picking up the pieces: Chiefs out to salvage a nightmare season 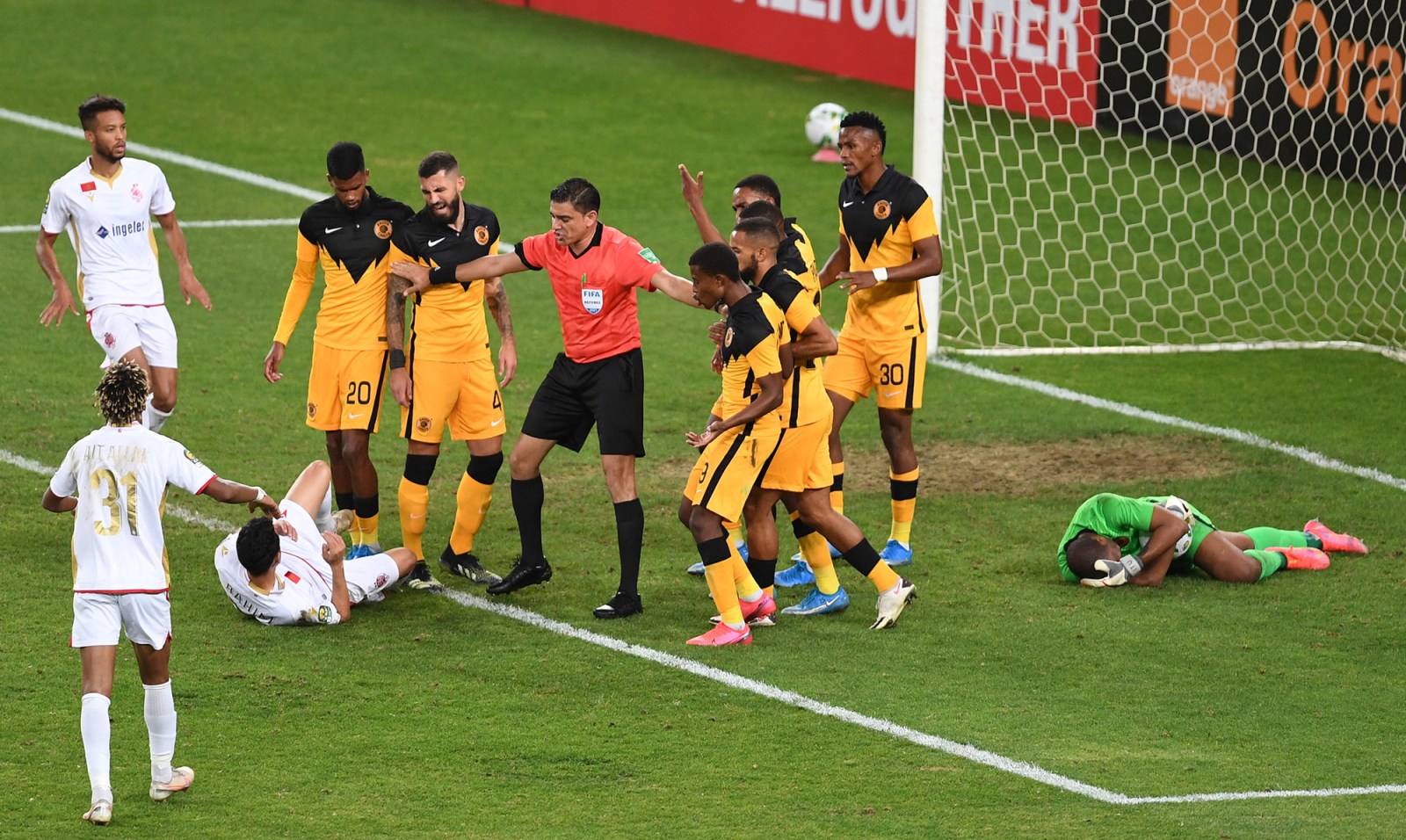 Seven months into his role as Kaizer Chiefs manager, Gavin Hunt was fired after overseeing Amakhosi’s worst domestic campaign. The club has already set in motion preparations for the post-Hunt era.

Regardless of how Kaizer Chiefs perform in their two remaining DStv Premiership games, they are guaranteed to end the season with their lowest-ever points tally in the Premier Soccer League (PSL) era.

After 28 games Amakhosi are on 30 points on the league table. Even if they manage to win those two remaining games, they would finish on 36 points. It would be a new club record for the least number of points accumulated in a PSL season.

As recently as the 2018/2019 season the Glamour Boys finished outside of the top eight, collecting a measly 39 points during that campaign. That marked their lowest points haul in a season at the time.

Their tenth loss of the current campaign against basement dwellers Black Leopards last week matched the team’s personal record for the greatest number of defeats in a single season.

These are some of the factors that saw the Amakhosi hierarchy pull the plug on Gavin Hunt’s tenure as coach of the club, not even a year after the decorated coach took over the reins from Ernst Middendorp.

Of course, Hunt took over a squad of players that had just lost the league to Mamelodi Sundowns on the final day of the 2019/2020 season. This after having led from the first month of the season. This happening would’ve undoubtedly knocked the confidence of the players heading into the current campaign.

A transfer ban by world football governing body, Fifa, also meant that Hunt could not recruit any of his preferred players to bolster the squad and ensure that this current crop of players, with wounded egos from narrowly losing out on the club’s first piece of silverware since 2015, remained on their toes.

As it is, Hunt will not be granted the chance to make amends in the new season and is once again on the market. Not all of Hunt’s tenure was doom and gloom though.

The former SuperSport United coach has guided Amakhosi to uncharted territory in continental football. The Soweto side is in the semifinal stage of the Caf Champions League, where a two-legged tie against Moroccan giants Wydad Casablanca awaits in two weeks. It is the furthest they have ever been in the competition.

This run has been a tonic for all the domestic disappointments. It was however not enough for the Chiefs management to allow Hunt to see it through, and possibly win it.

Now it is left to their players to ensure that they try to win it to salvage a disastrous season. As Chiefs midfielder Willard Katsande pointed out recently, “The positive for this season is that we are in the Champions League semifinal, the big league in Africa.

“We need to go there and leave everything on the field, and end our so-called bad season in good style. Which will be trying to get to the final and try to win it for our fans, for our chairman and for ourselves. We need to redeem ourselves, to bring our dignity back, moving on to the next season,” said Katsande.

Amakhosi’s first task in the post-Hunt era will be a clash against the high-flying Golden Arrows on Wednesday.

Abafana Besthende are in the exact position where Amakhosi wish they could at the very least be. They’ve been consistent and fought to stay third and within touching distance of second-placed AmaZulu, despite boasting significantly fewer resources.

Chiefs trail eighth-placed TS Galaxy by five points and still have an outside chance of finishing in the top eight. Arrows too are hungry, with second place and a place in next season’s Champions still up for grabs.

Katsande says that Amakhosi, temporarily being coached by Hunt’s now-former assistants Dillon Sheppard and Arthur Zwane, need to ensure that they end the campaign on a high.

“We just want to go and apply as well as redeem ourselves because there is still a lot to play for. We just need to do well and keep up the momentum going into the Champions League. All we want to do is to take one game at a time and try to be more positive plus to grind a result,” stated the Zimbabwean midfielder.

“We will also try to enjoy our game as you know the Glamour Boys are about enjoying. The more we enjoy, the more we will get a result. So, it is a matter of just applying ourselves and getting the maximum points. We know that Arrows have been having a good season.”

The Glamour Boys are on the hunt for a new coach, with the last coach to win them silverware, Stuart Baxter linked with a return to Naturena.

The British coach has been a free agent since February following his firing by Indian club Odisha after making bizarre comments about rape.

Frustrated at what he perceived as bias from referees during a game, the former Bafana Bafana coach was quoted as saying that one of his players “would have to rape someone or get raped himself if he was going to get a penalty”.

It was tone-deaf and distasteful comment, especially considering that much like South Africa, India has a notable problem with rape and violence against women.

Baxter did apologise for his comments, but it remains to be seen whether (if he does return to South Africa) he will be treated with the same disdain and reproach that Belgian coach Luc Eymael has been for making racist comments while coaching in Tanzania.

Meanwhile, Amakhosi have announced that they have acquired the services of former Bafana Bafana coach Molefi Ntseki, who also served as Baxter’s assistant during the Briton’s last spell with the national team. The 51-year-old is set to head the club’s academy.

“It is a very conducive atmosphere and a very professional atmosphere,” Ntseki said when he was presented to the media.

“It’s a very big role with so much responsibility, roles and functions and calls for one to be very professional and creative. It calls for one to have gone through the research and understanding of who is Kaizer Chiefs and what is the culture, the philosophy and the playing style and I think that will be very important.

“If you come into a new position like this, it means you need to look back and get all the background information about the club, and also take the club to a level where the modern trends of football are far more important,” Ntseki continued.

“We have got the leadership to do that and we have got everybody who is part of the project. And the project itself means you need to get the best people and players to make the senior team to be a winning team.”

There were rumours before his appointment that he would join Chiefs as assistant to Baxter. However, Amakhosi chairman Kaizer Motaung says that is not the case.

“He’s not coming here to be an assistant coach but a bigger responsibility as Head of Technical, which includes the first-team and all football structures,” Motaung stated.

“He also becomes the Head of Development for us and I’m very happy that we’ve brought him here and he’s agreed to be part of our journey as we move forward.” DM