City of Cape Town's approach to homeless people is not... 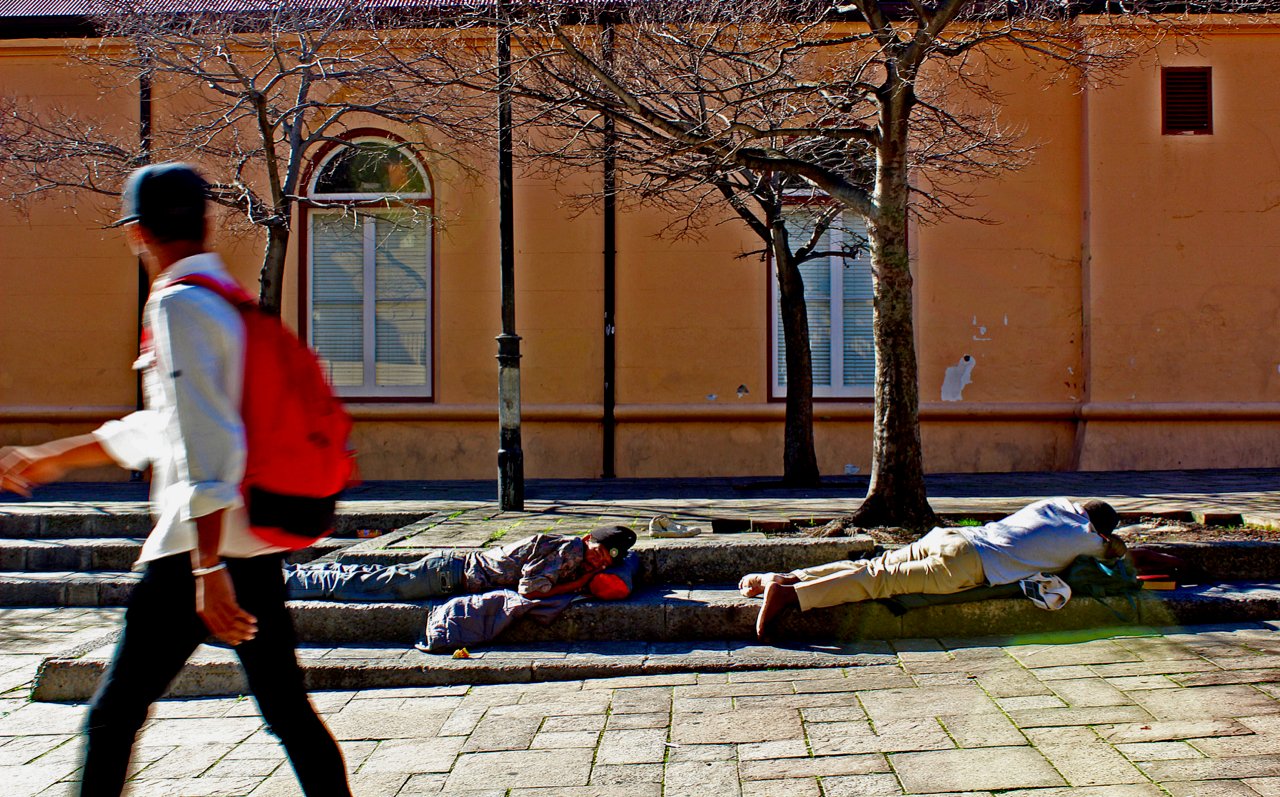 A study last year found 14,000 people living on the streets of Cape Town. There are only 2,500 beds in shelters. (Archive photo: Masixole Feni)

This simplistic narrative of helping to reduce homelessness by just donating to one group of shelters is harmful.

Almost everybody seems to have an opinion about homelessness in Cape Town with roughly 14,000 people sleeping on the city’s streets and in its night shelters. These figures are from The Costs of Homelessness study which was before the full effect of the pandemic was felt. Yet there were only about 2,500 shelter beds in Cape Town. The difference between these two numbers explains the enormity and nature of the problem.

There are therefore at least 10,000 more homeless people than there are shelter beds and this discrepancy is growing. This means that even if temporary accommodation in a night shelter was a perfect solution to homelessness (which it is not for a host of reasons) there would still be thousands of people who fall outside the existing shelter model.

The City of Cape Town frames the problem in a way that ignores these startling figures. Its oft-repeated party line is: “If you wish to support a street person, donate to a registered homeless shelter” and “We want you to reconsider your relationship with Cape Town’s street people community and join the drive to ‘Give Dignity’”. Both quotes are from the City’s website.

If you then follow the hyperlink to the “Give Dignity” page, you see: “Making a donation to a worthy cause is as simple as scanning the SnapScan QR code below with your cell phone”. When you scan the QR code (next to which you will find the words: “In the right hands your donation goes further”), you are taken to the SnapScan fundraising page of The Haven Night Shelter Campaign.

The City of Cape Town’s message to the people of Cape Town who are concerned about the plight of homeless people is that the way to “give dignity” or “support a street person”, is to put your money in “the right hands” — The Haven Night Shelter.

This simplistic narrative of helping to reduce homelessness by just donating to one group of shelters is harmful. What about the thousands who cannot be accommodated by The Haven Night Shelter? The City’s position leads the public to believe that there are enough shelter beds to accommodate all of the people without homes and that the only reason people live on the streets is that they choose not to go to a shelter. It gives credence to those who want homeless people removed from their suburbs and streets.

The problem is simply shifted onto the shoulders of homeless people.

It is patently obvious to anyone who drives through the streets of Cape Town that whatever it is that the City is currently doing to address the issue of homelessness is simply not working.

Firstly, we should not accept that the shelter model is the ideal solution. The current model is based on strict paternalistic rules and regulations with punitive consequences for failure to adhere. This does not allow shelter residents agency over their lives as they work towards self-sufficiency. It is a top-down model rather than one in which homeless people are given space to self-organise.

Secondly, we need to shift our focus to helping those people for whom there are no shelter beds while putting pressure on the City to rethink the current shelter model. In the short term, we must help people still living on the streets and those in the shelter system to access developmental services aimed to help them improve their lives.

There are several organisations already doing this: Streetscapes, U-Turn Homeless Ministries, Souper Troopers and The Humanity Hub, to name but a few. Each of these organisations provides services and runs programmes to help homeless people take the steps they need to get their lives back on track. They work with each person as an individual and tailor the support to match their needs.

Homeless people trust these organisations to walk this difficult journey with them precisely because they are independent of municipal structures and ratepayers and business organisations, which of necessity have a different mandate.

While we wait for the City to rectify the current shelter model, support these and similar organisations and convince your friends, neighbours, family, colleagues, WhatsApp groups and Facebook friends to do the same. Follow them on social media, visit their websites, contact them to find out about their models and programmes and how you can help. The more support they get, the more people they will be able to reach. It’s that simple. DM

Caryn Gootkin is a wordsmith and fundraiser for Souper Troopers NPO.