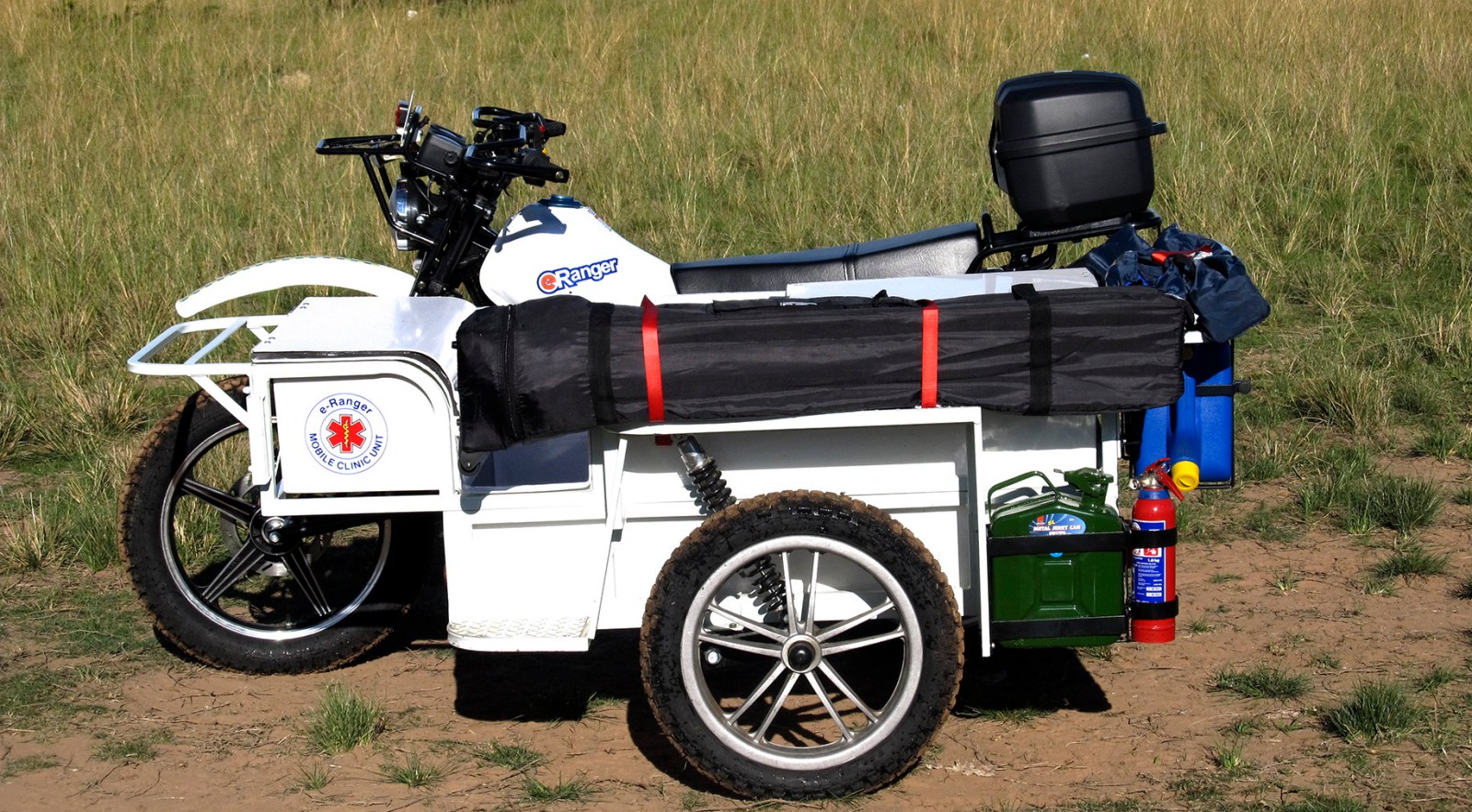 An example of the mobile clinic scooter that was procured by the Eastern Cape department of health. (Photo: Supplied)

Almost a year after the Eastern Cape health department implemented its controversial plan to procure scooter ‘ambulances’ using Covid-19 disaster funding, the Special Tribunal has ordered that the contract must be reviewed and set aside – but the owner of Fabkomp, the company that won the tender, says the fight is far from over.

Kganyago said it was now “in the hands of the National Prosecuting Authority”.

The Special Tribunal, established to recover public funds lost through corruption, on Friday cancelled the R10-million contract between the Eastern Cape health department and Fabkomp, the company manufacturing the medical scooters. No orders for costs were made.

In June 2020, using funds that had been earmarked for the fight against Covid-19, the Eastern Cape health department launched its medical scooter project with great fanfare in East London. The launch included taking former health MEC Sindiswa Gomba and Health Minister Dr Zweli Mkhize for rides on a motorcycle with a sidecar that had been converted into an “ambulance”.

In a report attached to his papers submitted to the Special Tribunal, the owner of Fabkomp, Brian Harmse, admitted that it was a farce as the department had not even ordered the motorcycle ambulances.

“We were asked on 9 June 2020 to have the motorcycle clinics ready to showcase the following week. We didn’t have any bikes ready. We informed the department that we had four ambulances ready to go to Kenya and two demo units. We were asked to have these units available. The test drives were in the ambulance, but the order was for the clinics,” he said.

The medical scooters were intended for use in rural areas where roads are bad or non-existent.

The SIU investigator in the matter, Glenn Muller, conceded that he was not able to prove collusion in the procurement process but said he believed the company was treated with favouritism.

One of Harmse’s business partners, Mike du Toit, said in an affidavit that he had called Muller to discuss claims made against Fabkomp. He said Muller told him not to worry because the focus of the investigation was the Eastern Cape department of health.

Following adverse findings by the SIU, former health MEC Sindiswa Gomba was fired by premier Oscar Mabuyane. She is also facing charges in a case relating to the abuse of funds earmarked for the funeral of Nelson Mandela.

Dr Thobile Mbengashe, who was head of the health department at the time, is facing disciplinary charges relating to the procurement of the scooters.

Harmse said he had decided to abide by the decision of the Special Tribunal, but filed an affidavit to respond to allegations made against him by the SIU.

“We have become the collateral damage in this political fight,” he said.

“The Special Tribunal never found the tender unlawful, as the Special Investigating Unit begged the court to find. The ruling is that the tender is reviewed and set aside. There was no finding against Fabkomp at all. No fraud, no corruption and no misleading anyone, as the SIU tried to make out.

“No costs were awarded to anyone, which is a rather important point considering that the Standing Committee on Public Accounts (Scopa) wants all costs incurred during investigations by the Special Investigating Unit to be recovered. So we as a company did nothing wrong, as you see in the final ruling. The SIU will not say that we are clean, for reasons unknown to all.

“But consider the following: the SIU refused to have an audience with me during the process which took a full year. The SIU has never spoken to me once… they say they are not interested in a meeting with me.

“I pleaded with the SIU to talk to me in September 2020 already, as they had the company’s tendering mixed up and believed they were on to something.

“The SIU wasted everyone’s time and taxpayers’ money by going to the Special Tribunal. I even reported the SIU to Scopa a number of times to get them to talk to me and correct their court papers. This also did not help.”

Kganyago said they had no reason to talk to Harmse.

“The horse had bolted. Why would we talk to him if we had everything we needed?” he asked. He said Harmse had an opportunity to make his submission to the SIU.

“We found irregularities and we took it to court. They were given an opportunity to comment. Today, the contract does not exist any more. This horse has bolted,” he added. DM/MC