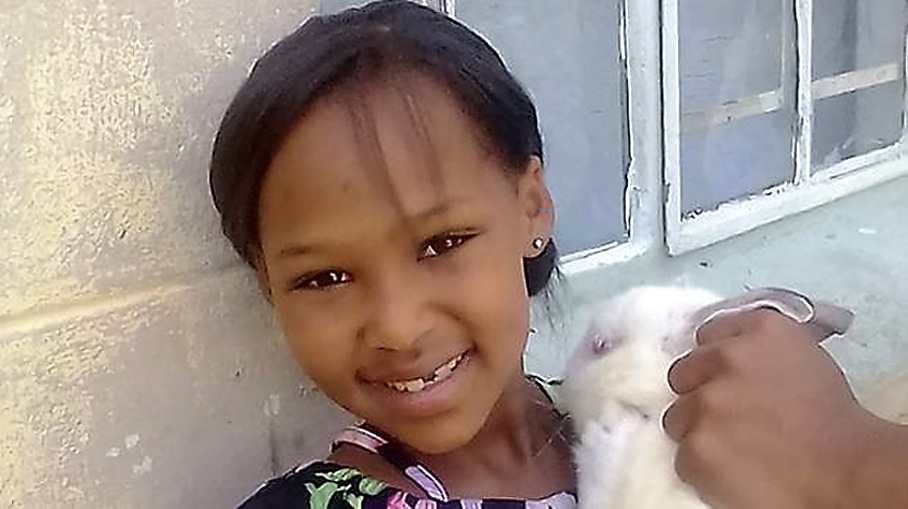 Eight year-old Tazne van Wyk went missing on 7 February 2020 in Elsies River and her body was found two weeks later in a storm drain on the N1 near Worcester in the Western Cape. (Photo: Supplied)

Over-full court rolls and Covid-19 delays means that justice for the family of brutally murdered Tazne van Wyk has been delayed until May 2022.

The distraught parents of eight-year-old Tazne van Wyk, who was raped and murdered in February 2020, will have to wait a year for accused Moehydien Pangaker (54) to face trial.

The body of their daughter was found on 19 February 2020 in a stormwater drain along the N1 highway near Worcester, about 95 km from her Ravensmead home. She went missing on 7 February.

An autopsy found the cause of death was blunt force trauma to Tazne’s head, chest, neck and pelvic area. She had also been raped.

Pangaker was slapped with 20 charges in the Goodwood Magistrate’s Court last year. Apart from his current murder charge, he also faces 11 counts of rape, three counts of common assault, two counts of kidnapping and cases of incest, sexual assault and desecrating a corpse. The victims include family members. Their identities are being withheld.

The state advocate in the Van Wyk matter, Lenro Badenhorst, indicated that the state would attempt to secure an earlier date for Pangaker to stand trial.

The long postponement can be attributed to heavy case loads. In April 2021, Judge President John Hlophe issued a short statement indicating that all cases for the term had been postponed.

Activists who attended court proceedings on Monday said they hoped the court would find an earlier date for the case to resume.

Pangaker is accused of luring Tazne to Worcester. He was arrested in Cradock and subsequently led police to the location where he dumped the child’s body.

Outside court, Celestia Pierang, an activist and part of the One Billion Rising global movement demanding greater protection of women and children, said: “We are extremely upset and emotional at the fact that this case was postponed for such a long time. I mean, 16 May 2022 is too far away.”

“We feel the justice system has failed us,” said Pierang, adding that it was community organisations and not the government who were willing to stand by the shattered parents of murdered children.

“The healing process in the case of Tazne includes the entire family. It is important that the family has counselling sessions,” she said.

Suretta Steenkamp, who helped in the search for Tazne, said it was understandable that the family was frustrated.

“I was there when Tazne vanished and we were all part of the search. I’m aware that the family is still experiencing pain and the delay of the trial has opened an old wound. Tazne’s family will only get closure once the trial starts and judgment is delivered,” Steenkamp said.