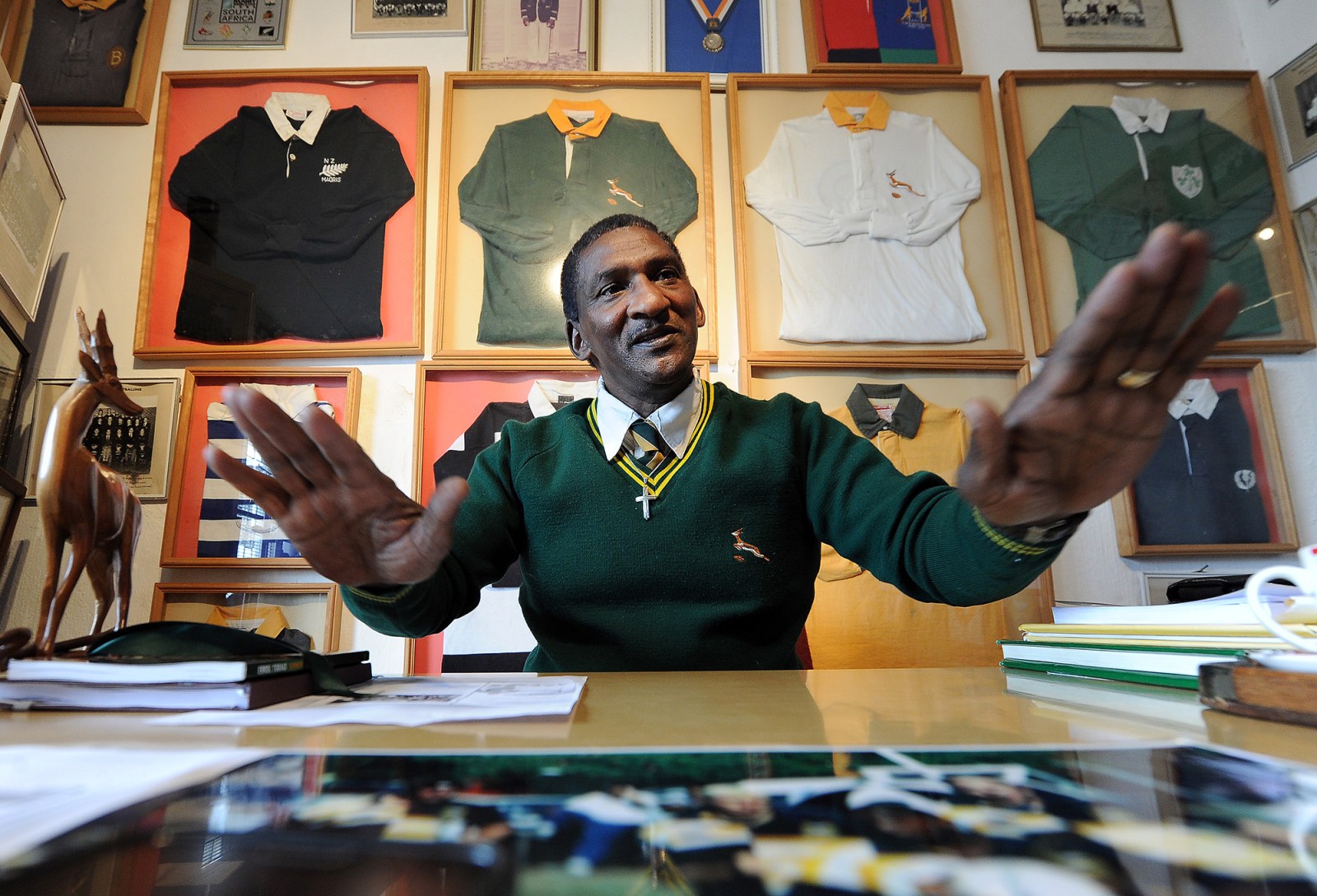 Errol Tobias became the first black player to represent the Springboks at the height of apartheid. He provided inspiration for black children to dream of representing South Africa on the rugby field.

Errol Tobias, the first black player to represent SA in Test rugby, on 30 May marked 40 years since his landmark debut, and amid accusations he was used as a political pawn, maintains his selection was based on “performance and merit”.

Flyhalf Tobias was touted by Argentine great Hugo Porta as the best in the world four decades ago, but there was criticism from some quarters of the white Afrikaner and black communities when he was selected to play against Ireland on 30 May 1981.

The South African Rugby Union took a step, previously believed unthinkable, under long-serving administrator Danie Craven, who recognised the need to integrate the sport across racial lines if there was ever to be widespread acceptance back on to the international stage.

“He lived up to his word when he said that if there is a player of colour who is good enough, he will be selected for the Springboks,” Tobias told Reuters in an exclusive interview. “My selection against Ireland was so special to me and all people of colour. It was no political choice, but was based on performance and merit. When I got my chance, it was a great success and I proved myself representing South Africa.”

He had already made his name in domestic rugby but ahead of him in the national team pecking order was flyhalf Naas Botha, whose more measured kicking game was in contrast to the explosive skill of Tobias, who made his Test debut at inside centre alongside Danie Gerber.

“I had played against the great Hugo Porta. He said, after that, he thought I was the best flyhalf in the world and he couldn’t understand why Naas Botha was selected before me…

“I was more ball in hand, but at that stage the Boks’ style of play was based on a big pack of forwards and a number 10 who [could] land pinpoint kicks…

“When I played four Tests in a row [at flyhalf], we scored 18 tries in those games, around 4.5 tries per match. Before then, when Naas played, the team averaged 1.4 tries per game…”

Tobias’s selection was the fulfilment of a long-held, seemingly impossible dream for a young man who grew up in the small town of Caledon.

“We just had rugby [as a sport] in our communities… We grew up with rugby all around us. I followed in my dad’s footsteps. He was a great player,” he says.

“I remember [Springbok centre] John Gainsford. I was amazed by how he played and I followed in his footsteps…

“But [Ireland back] Mike Gibson was my idol. He was a great player and could mesmerise opponents… And then also the great [Wales flyhalf] Cliff Morgan.”

‘Quickest match I ever played in’

“That 1974 Lions tour gave us something to hold on to as a rugby nation, especially playing against them as people of colour. South Africa was banned from global sport, and we craved international competition.

“We played them in Cape Town and they gave us a hiding (6-37), but it was a great learning experience for all of us…”

When his dream of putting on the Bok jersey was finally realised at the age of 31, he says the reaction by those close to him was one of joy, even if there was opposition from around the country.

“When I found out [I would play], we had to wait until the early hours of the next morning when all the phone calls stopped and all the people who came to my house to congratulate me went home.

“There was a bit of criticism, but ‘Doc’ Craven said to me, ‘All you need to do is just put on that jersey, run onto the pitch and produce a game of rugby that we are used to from you.’”

The Boks won 23-15 in Cape Town, with Tobias making an impact with a typical linebreak.

“It was the ‘quickest’ match I ever played in. The time just flew by. The first ball that Naas passed to me, I made a break and gave it to Rob Louw to score a try.

“The [Ireland] captain Fergus Slattery came running up to [David] Irwin and said to him, ‘If you think this man is a political choice, you are making a big mistake.’ That meant a lot to me. I felt like he was talking to me as well.”

As for the reception from his teammates, he says by then “people were used to me. I had played in all-white teams at provincial level. They knew the man I was.”

Tobias, who has authored a book, Errol Tobias: Pure Gold, and is now seeking sponsors to raise money to convert a script for the story of his life into a film, earned six Test caps between 1981 and 1984, a number reduced by South Africa’s sporting isolation.

He has no regrets about playing for a team at the time seen as the symbol of white Afrikanerdom. He saw himself as someone who was defying apartheid and showing the white population that players of colour deserved selection on merit, and in that way was breaking down barriers and stereotypes.

“It was everything to me to represent my country, despite tremendous political pressure from certain circles. I knew I was opening doors for others.”

Almost 40 years later, the first black captain of the Boks lifted the Rugby World Cup trophy in the 2019 tournament in Japan.

“I never thought I would live to see it. The tears flowed from my eyes, the same as the day when I was selected for the Springboks.” Reuters/DM168