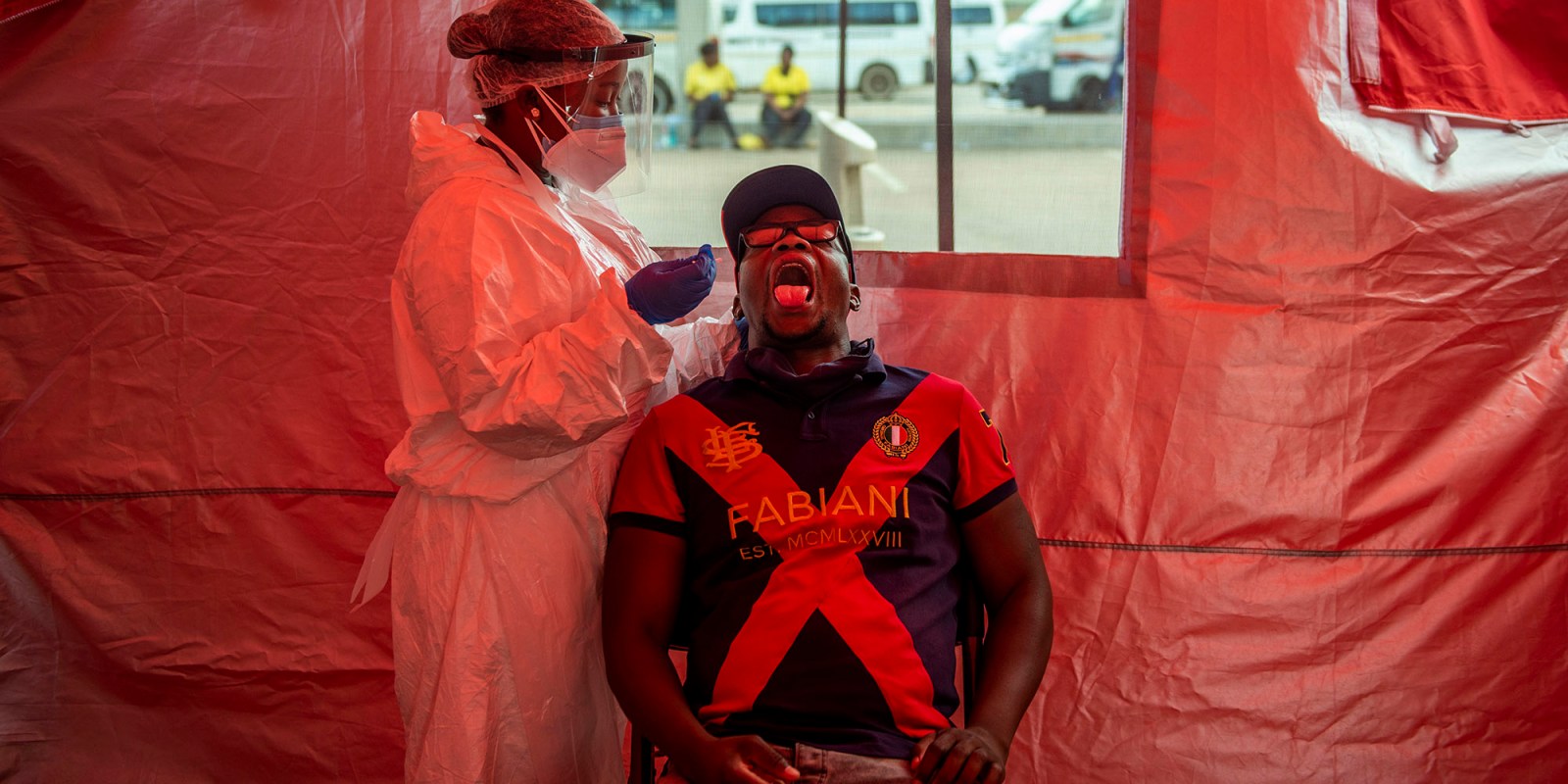 More than 2,000 new Covid-19 cases are being recorded every day. “Things are not looking good for Gauteng at the moment,” says Professor Francois Venter, head of the research group Ezintsha at the University of the Witwatersrand.

The figures suggest that Gauteng is “firmly” in the third wave, said Venter, adding that in Gauteng there are reports of ICUs starting to fill up.

“All the data point to a very severe third wave occurring in Gauteng,” he said.

The province reported that as of 29 May, new cases in Johannesburg stood at 804, Ekurhuleni at 423, Tshwane at 653, Sedibeng at 196 and West Rand at 139. There were 10 new cases recorded that were designated as “unallocated” – not yet allocated to a district in the province.

Altogether, there were 10,986 new cases recorded within seven days, according to the province’s weekly media Covid-19 update for the week of 29 May.

Other provinces have also indicated an uptick in cases.

“For instance, the Western Cape second wave was much worse than the first wave. Gauteng’s first and second waves were pretty similar. That said, the third wave in Gauteng is firmly on its way up and soon it’s going to hit the same figures of the second and the first wave.”

Gray said it was most likely that transmission during the third wave would occur in pockets of South Africa that weren’t affected by the first or second waves.

“It is unfortunate that we are going into a third wave, and also going into winter,” she said, because winter will usher in behaviour changes that will further transmissions, such as people spending more time indoors.

What drives the waves?

Gray had pointed to superspreader events such as the Easter weekend and the Eid celebration as potential causes for the uptick in cases.

However, Venter said the Easter weekend – which health professionals had anticipated would trigger the third wave – could not be a driver of the rising cases.

“We are way past Easter weekend,” he said.

“It is difficult to understand the human behaviour that led to this. We are still learning what is driving these waves. It’s not clear. The politicians and the public health officials like to blame the public, but these waves are so symmetrical and almost predictable it doesn’t seem like human factors are the only explanation as to why we are in the third wave.”

This was not to say that public gatherings were not responsible for some of the uptick, he said.

“It certainly contributes, but is not the full explanation. There has to be something biological or environmental or something that is driving these waves that we don’t understand.”

Meanwhile, the vaccine programme is “woefully” behind, Venter said.

At the moment, the vaccines are not altering infection levels because not enough people have been vaccinated, and it takes several weeks after vaccination for immunity to kick in, Venter said.

“We have to be going faster and we have to vaccinate more people. It is really scary to watch how the vaccine programme is at the moment.”

While Gauteng had received its share of Pfizer vaccines, there is still a shortage of vaccines, Gray said.

According to Gauteng’s weekly media Covid-update, 196,560 doses of the Pfizer vaccine have been allocated to the province and 108,776 vaccinations had been administered as of 27 May – 76,143 to persons over 60 years and 32,633 to healthcare workers.

While the vaccines will not help control the third wave, Gray said that there are things to keep in mind.

“We have to worry about oxygen supplies. Hopefully, experience in the first and second waves has made [us] prepared in terms of oxygen – not to run out of oxygen or to make sure that our oxygen supplies are not going to be under threat.”

And the “poor healthcare workers” must not be forgotten, she said.

“They had to bear the burden of the first, second and now third wave. Let’s just hope that they are going to be fine.” DM

From a blocked nose to a ‘headache from hell’: The many symptoms of coronavirus