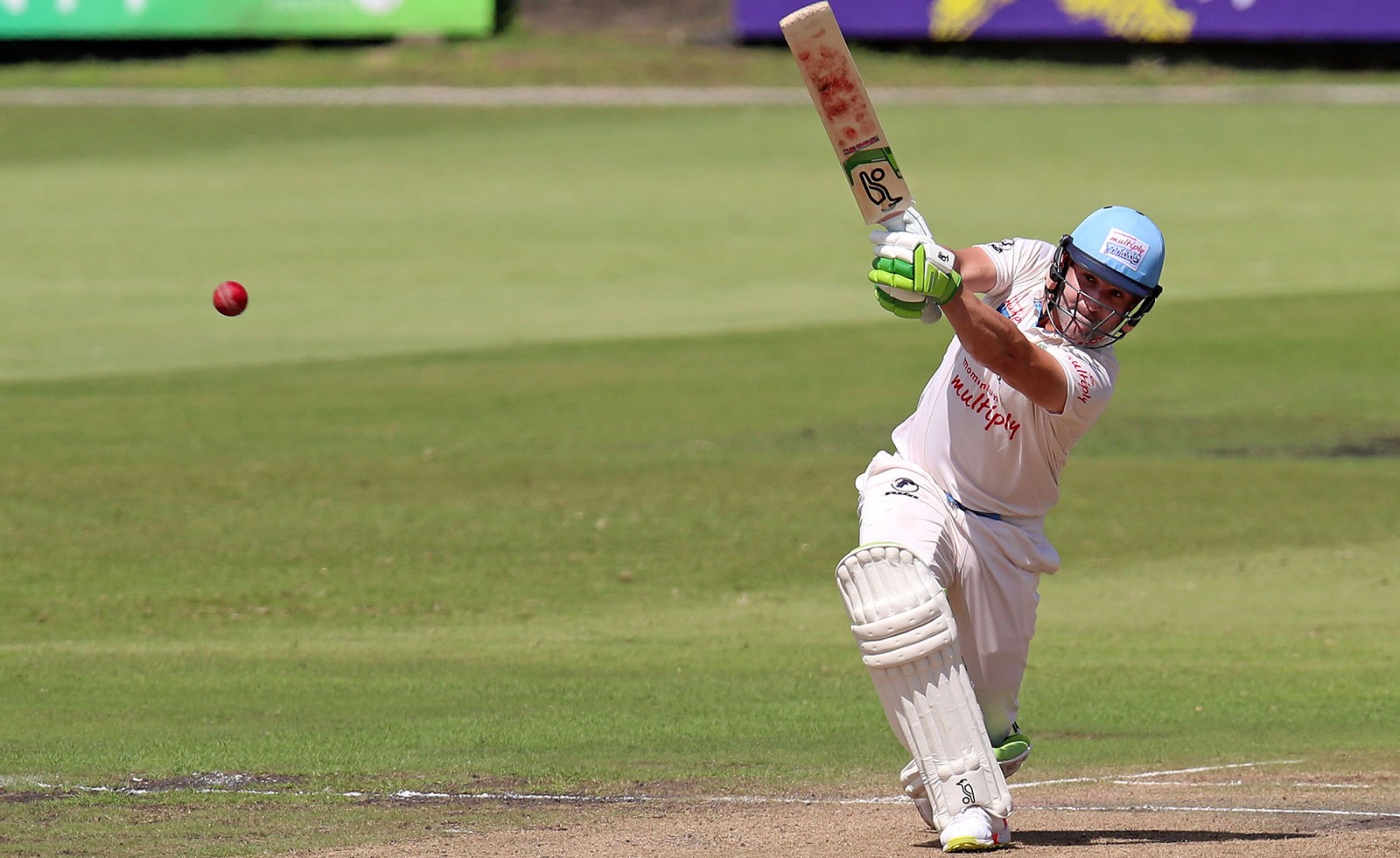 Proteas Test captain Dean Elgar bats for the Titans during the CSA four-day match against the Dolphins at the Kingsmead Stadium in Durban on 28 March 2021 (Photo: Muzi Ntombela / BackpagePix)

Dean Elgar will officially start his tenure as Proteas’ Test skipper in the Caribbean against the West Indies in under two weeks — and the pressure is massive.

South African cricket, depending on which side of the fractured sport you sit on, is either on the cusp of renewal or in a permanent downward slide.

Proteas Test skipper Dean Elgar has known the good times and been part of the recent bad times while remaining one of the team’s best performers. He is now in charge of guiding his youthful team to heights he himself experienced as a player thrust into the world’s best Test team in 2012.

The Proteas remained No 1 for the better part of four years, but now find themselves seventh on the Test world rankings. And there can be little argument that that lowly position is an accurate reflection of their performances over the past two years.

Elgar’s callow team will play two Tests against the middling Windies next month. It appears an easier assignment than their trip to Pakistan this year that ended in a 2-0 series defeat — the Proteas’ fourth series loss in their last six series since 2019 — but nothing is guaranteed.

“Now that we’re in a new chapter we need to play more cricket, and we need to play better cricket,” Elgar said at a media conference shortly before the team departed on Saturday. “We’re very conscious that over the last period we haven’t been very consistent. Our skill level hasn’t been where it should be.”

The “new chapter” Elgar referenced wasn’t limited to on-field issues either. Cricket South Africa (CSA) has endured nearly two years of boardroom turmoil that led to the resignation of the entire previous board, while it has had four chief executives (one permanent, three acting) in that time.

On 12 June, after months 0f rancour, CSA will finally hold its first annual general meeting since 2019. There it will appoint a new, majority independent permanent board that will have more separation of power from elected officials on the Members’ Council — CSA’s highest decision-making authority.

The AGM will happen during the first Test in St Lucia, where both Tests for the Sir Vivian Richards trophy will be played.

The Proteas haven’t been in the Caribbean since 2010. The last time they toured, current coach Mark Boucher and CSA director of cricket Graeme Smith were players.

Both are under increasing pressure to oversee an upturn in the Proteas’ Test fortunes. In Elgar they have a senior player who easily commands his place. They also have a real scrapper whose idea of a backward step is sticking his jaw further out. Elgar has some lofty goals for the team as well.

“We want to compete and we want to play in a final of the World Test Championship; that’s pretty high on my bucket list,” Elgar said. “But I understand that there’s a way and a process you’ve got to follow in order to do that.

“We need to get back to more consistent cricket, a more South African way. It’s challenging to get players to believe in the process and to do it quickly and adapt quickly. I’ll do everything in my power to get us up the rankings.

To that end, a fully fit Kagiso Rabada will spearhead the pace unit, but given St Lucia’s reputation for turn it might come down to a combination of the spinners to provide the bulk of the wickets.

Rabada has to go back to the second Test against Australia in 2018 for his last five-wicket haul. He has not claimed a five-for in his last 31 innings, while the batting unit has posted only two innings totals of more than 400 runs in their past 27 innings since the beginning of 2019.

KwaZulu-Natal Coastal off-spinner Prenelan Subrayen has been included in the 19-man Test squad after a strong domestic four-day campaign. Subrayen claimed 19 wickets in four matches at an average of 18.89.

Subrayen is one of four spinners in the squad, with Keshav Maharaj, Tabraiz Shamsi and George Linde completing the quartet in the squad for the Proteas’ first bilateral tour to the Caribbean in 11 years.

“One good thing Covid has done for cricket is that you have extended squads,” Elgar said. “You can tick all the boxes when it comes to covering all the bases, whether it’s adding more batsmen, more seamers, or more spinners.

“I think it’s the first time we’re touring with four spinners. It’s a massive luxury for me as captain, and for the squad. We’re not very familiar with the conditions and I’d rather have too many players there than too few.”

“The Caribbean is well known for its low and slow wickets and we have ensured that we have chosen the personnel needed for every eventuality on this very important excursion,” the convenor of selectors, Victor Mpitsang, said recently.

The team will spend three days in isolation in their hotel rooms and if they are cleared after a series of Covid-19 tests they will begin training on the fourth day.

The squad have all been vaccinated with the Johnson & Johnson jab, which was approved by the South African Medical Research Council — it lobbied for national players to move up the queue as important ambassadors for the country. DM