Huge Group dramatically raises the stakes in its bid fo... 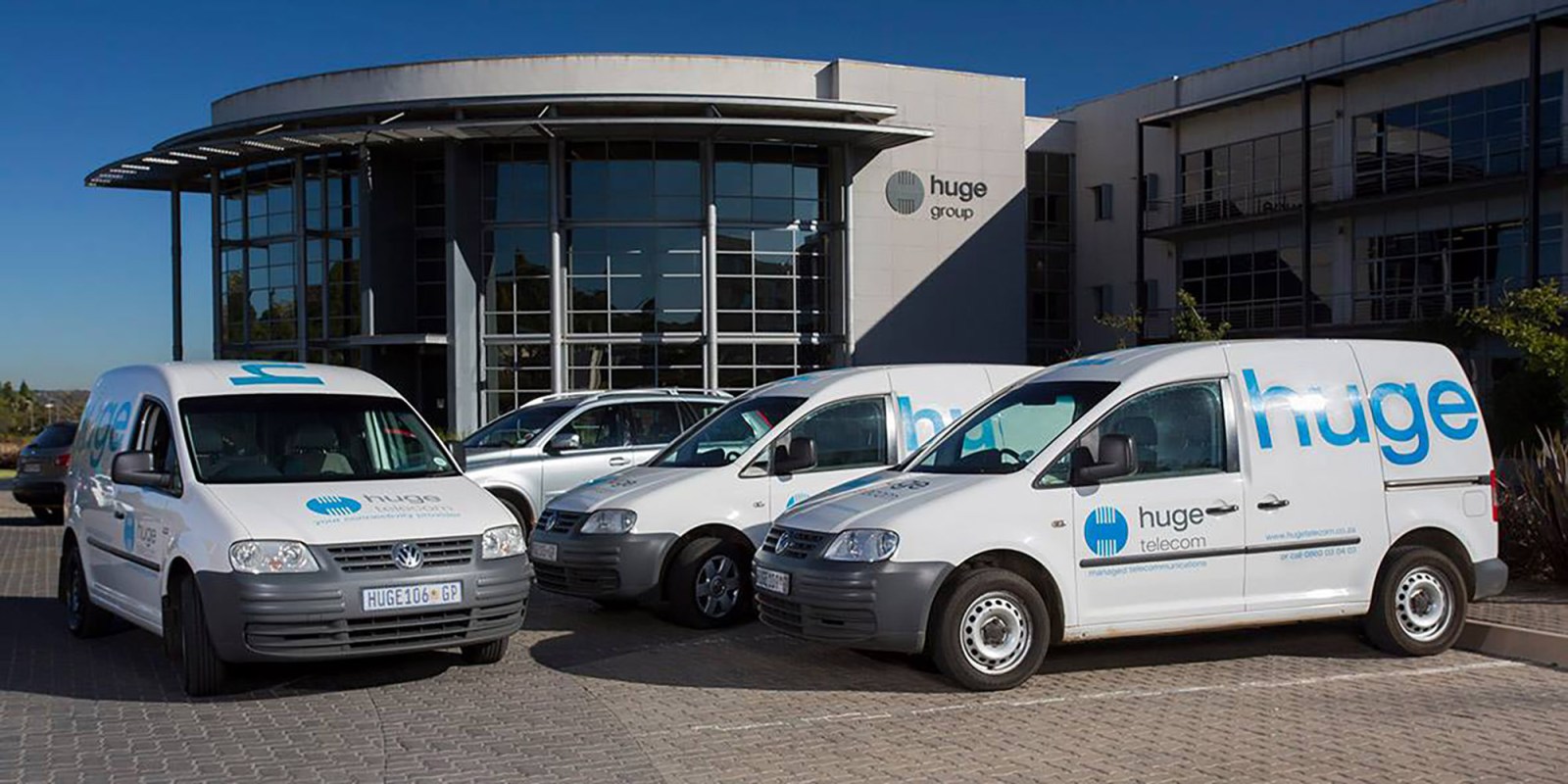 The Huge telecoms group is willing to pay full price for control of Adapt IT, trumping an offer from Canadian firm Volaris. While a large portion of Adapt IT’s shareholders have already accepted the Volaris offer, the balance may hold out for more.

Huge Group has thrown the cat among the pigeons with a significantly higher bid for Adapt IT, which also trumps an opposing offer from Canadian investment firm Volaris Group. The telecoms and fintech company is now willing to pay 65% more to take control of the technology company, using its own shares.

Earlier this month, an independent board appointed by Adapt IT dismissed a R5.52 all-share offer made by Huge in January as too low, saying it was “unfair and unreasonable” to Adapt IT shareholders. Following a review of the offer by independent expert Nodus Capital, it determined that a fair price range for Adapt IT was between R7 and R9.09 per share and that Huge’s offer was materially below that range.

Huge said its opening offer was based on its own calculation of fair value, which at the time could only be based on the historical financial information it had at its disposal.

“Huge’s rationale was, has always been, and remains ‘better off together’, and so its initial offer was engineered to ensure that the proposed transaction was earnings neutral to Huge shareholders and Adapt IT shareholders,” CEO James Herbst told Business Maverick.

“In other words, at R6.13 for a Huge share and R5.52 for an Adapt IT share, historical earnings per share attributable to each share remained the same. Huge’s initial offer was fair at the time and Nodus Capital talks to this fairness in the response circular.”

“Recently, Nodus Capital gave us a peek at Adapt IT’s prospects. This is so because their valuation process requires them to consider forward-looking information. The Nodus Capital valuation now provides Huge with price ranges which are forward looking and on which it has based its revised offer.”

Huge is now willing to pay R9.09, tendering 1.37 Huge shares for each Adapt IT share, up from 0.9 Huge shares previously. It has extended the closing date for its revised offer from 23 July to 30 July and has irrevocable undertakings from its own shareholders holding 75.71% of its stock to support the increased bid. The offer is based on a share price of R6.65 that Nodus valued its stock at, which Herbst said the company had used to be consistent.

In April, Volaris, a subsidiary of Toronto-listed Constellation Software, made its R6.50 cash bid for Adapt IT with plans to use the company as its African champion for future transactions on the continent, driven by the local management team.

By mid-May, Adapt IT shareholders representing 44.4% of its shares had undertaken to support the Volaris offer. These include Black Sheet Master Fund, which amassed a significant stake at between R6.18 and R6.50 a share, Nedgroup Investment Advisors, CEO Sbu Shabalala, and chief commercial officer Tiffany Dunsdon. This percentage is expected to have risen to 47.7% when Adapt IT releases a circular responding to the Nodus bid as early as today, 31 May, but by no later than 4 June. With the Volaris offer also falling below the R7 to R9.09 fair price range, it may return with a higher offer.

The Volaris offer allows for shareholders to remain invested in an unlisted Adapt IT as long as it gets control. And large shareholders who have already accepted are expected to retain a significant portion of their holding, including Black Sheep – unless it was warehousing its 22.8% stake in order to support the Volaris offer.

Apart from the price consideration, Adapt IT said in its response circular on 17 May that there were also liquidity issues, as Huge’s shares weren’t as easily tradeable as its own. Even if a merger of the two companies resulted in improved liquidity in Huge’s shares in the future, it said the probability was that liquidity would still be less than the current liquidity in Adapt IT stock. Due to the strong response to the Volaris offer, it said a minority of its shareholders would hold a less liquid Huge share without the benefit of any improvement in liquidity if they accepted Huge’s deal – something Huge disputes, as the liquidity would naturally improve if the groups were combined.

Apart from a lack of valuable synergies, Adapt IT said in its 17 May circular that Huge’s non-compliant black economic empowerment status would dilute its own empowerment credentials.

In February, Huge said Adapt IT shareholders would reduce their risks if they agree to the takeover. It would also create a bigger group that would be taken more seriously by lenders. A combination of the two companies would be better positioned to withstand any reversal in current low interest rates. Adapt IT’s shareholders would have the opportunity to lower their financial risk exposure due to Huge’s lower debt levels relative to its market value.

“There are significant synergies. Huge invests in companies exposed to connectivity, cloud, software and X-Tech. Adapt IT is a software company,” Herbst said.

“Be that as it may, Huge has never suggested integrating Huge’s businesses with those of Adapt IT. The rationale was always investment-scale, not business-scale.”

Apart from a lack of valuable synergies, Adapt IT said in its 17 May circular that Huge’s non-compliant black economic empowerment status would dilute its own empowerment credentials.

Herbst said the statements about transformation in Adapt IT’s response circular were concerning to Huge.

“In my personal opinion, they lay bare the bias of the independent board, who, by their actions, have demonstrated their view of Huge’s interest in Adapt IT,” Herbst said.

“The independent board suggests that if Huge, a South African-based company which understands transformation, acquires 100% of Adapt IT, it will risk undoing a decade of transformation and it will pose a substantial risk to Adapt IT, including putting Adapt IT in breach of several major customer contracts which have contractual undertakings regarding the maintenance of Adapt IT’s BEE scorecard level, while coming out in support of the Volaris offer, which could see as much as 87.67% of Adapt IT end up in the hands of a foreign owner with little if no understanding of South Africa’s transformation agenda.

“This supposition illustrates a lack of intellectual honesty. So, you ask, why go so much higher? Huge does not want to run the risk of an attempt by the independent board to suggest that for some other reason now its revised offer is not fair and reasonable to the shareholders of Adapt IT. At R9.09 even the misguided statements about transformation are trumped.”

Huge’s revised offer comes as Shabalala is on a three-month leave of absence to attend to personal matters. That followed reports in the Sunday Times that he had hired armed thugs to beat up the partner of his estranged wife. Dunsdon has been appointed interim CEO for the three months.

Adapt IT said this month that Volaris had noted the allegations made against Shabalala, and the decision of the Adapt IT board to grant him a leave of absence. It said Volaris acknowledged the responsibility of the Adapt IT board to address the matter and would allow for due process to run its course before providing further comment on the matter. Huge hasn’t commented on the allegations either.

While Volaris already has the support of close to half of Adapt IT’s shareholders, it may be difficult to win over the rest, unless it comes back with a higher offer.

“Those Adapt IT shareholders who have signed irrevocable undertakings in favour of Volaris are unfortunately committed to the Volaris offer and cannot participate in Huge’s revised huge offer,” Herbst said.

“An undertaking that cannot be revoked is irrevocable. These shareholders cannot revoke their undertakings. If they had signed revocable undertakings, they might have been in a position to do so. Therefore, Huge is only talking to shareholders of Adapt IT that hold the remaining 56% of its issued share capital.” DM/BM