Whatever happened to the toasted cheese sandwich? 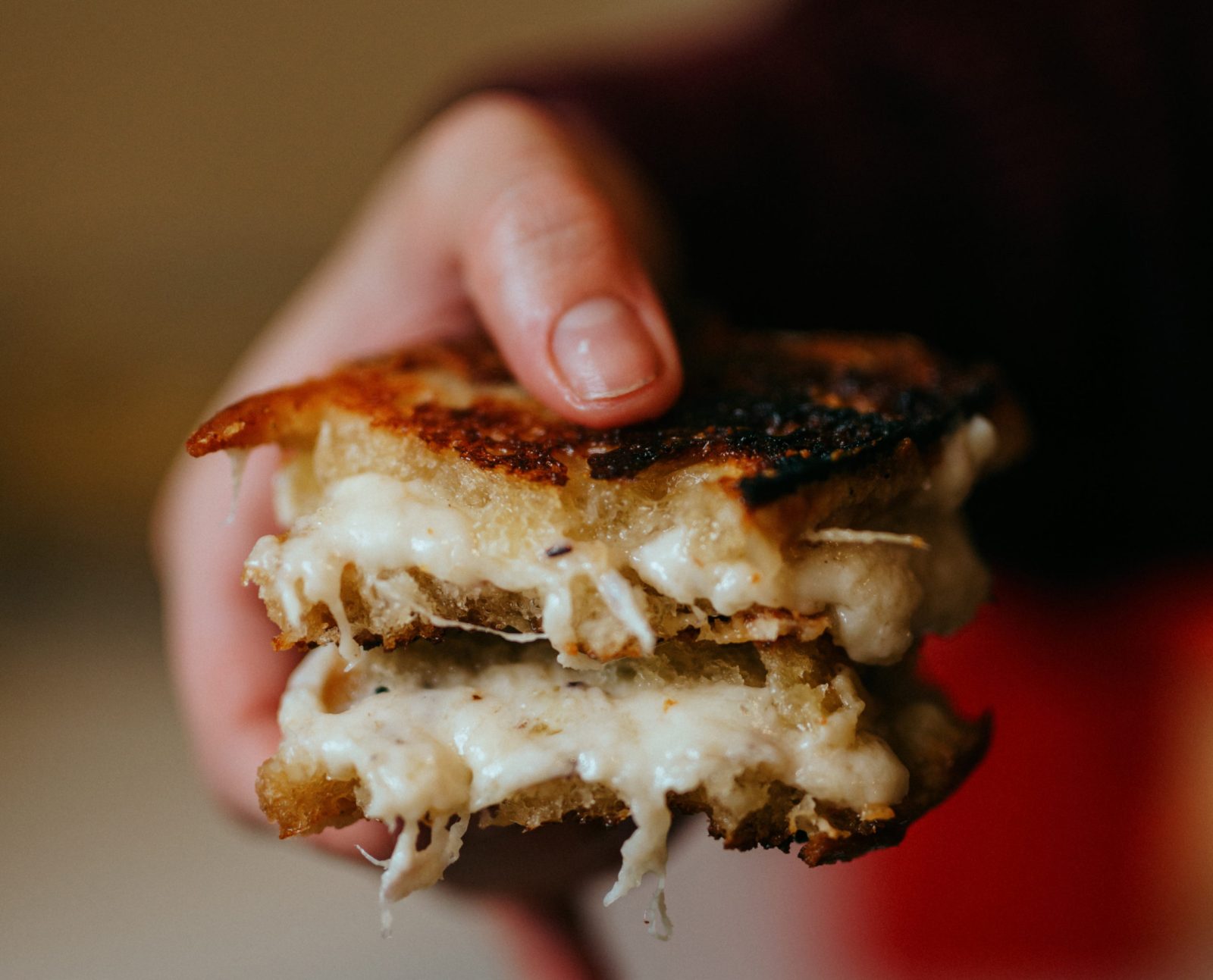 The classic toasted cheese sandwich will always be one of the most perfect and delicious things you can do with two slices of bread.

The sandwich as a food item has been through a tough time. It has been fingered, shot up, badly assaulted and changed, enough to win it a disability grant. It has been opened and had its innards fingered, been smothered with cheap mayonnaise, drowned in rocket, had its top removed without even asking and sometimes even had its very source of existence, its doughy exoskeleton, Frenchified and titillated, enough to make you cry.

Ask for a sandwich in any contemporary eatery and you are not likely to get that deliciously flat rectangle, simple, portable and easy to eat, a gastronomical artefact that has seen us through the ages, perfectly designed to be easy, cheap and portable.

Instead, you will be presented with something that has been built up with a conglomerate of high-rise layers interspersed with greenery and dripping with different sauces.

I have watched with interest the methods used by people to tackle this monstrous food item. The plain old hamburger gets the same treatment, the length of half your arm and balancing precariously with an optimistic toothpick (as if that is going to help) on the top and layers of foliage, so that stretching the mouth round it, is a maxillary contortion.

The Tao of the cheese sandwich has always been simple and cheap. We are not looking for an execution of perfection, nothing that could be held in quotation marks or be rendered mute by a Michelin star.

Of course, you can use artisanal cheese made by virgins in the Drakensberg and super-duper bread, but the best toasted cheese is still made with what Nigella Lawson calls “plastic bread” and good old Pick n Pay Cheddar. The catechism of the toasted cheese sandwich is simplicity and cheapness.

I watched a video of Gordon Ramsay making a toasted cheese with a swanky French cheese and expensive signature bread and it was a mess. You have to know how to braai and to have at least a little Afrikaans blood in your veins to make a smack-on toasted cheese sarmie.

There are many ways of making a toasted cheese sandwich. When I travelled a lot and had to make do with a toaster in a hotel room, I perfected a way of *making toasted cheese in a toaster.

This only works if it is an old toaster and not one of the new ones that grips the bread with steel jaws.

You need two slices of super flat bread, and a few slices of cheese, those pre-sliced Scandinavian cheeses are the best. Grated cheese can be a bit messy. Clean out your toaster and flip it on its side.

Cut two slices of bread and add a slice of cheese to both slices. Stick in the toaster and watch because you want to be around when it pops out.

If you are not staying in a hotel room in the middle of nowhere, toast the bread separately first in the toaster, then put the cheese on and slip it under the grill until melted. The cheese melts very fast, so the bread remains crispy. A little film of butter on the toasted bread before melting the cheese can’t hurt. I have no experience with toaster ovens, but unless you toasted the bread as a first step, wouldn’t you just have warm bread with melted cheese?

But really the best way to make a toasted cheese sandwich is in a pan – I know, I know, not really authentic, but proven to always turn out good.

In a pan over medium heat, melt 1 tablespoon butter. Add two slices of bread, butter side down. Cook until bread is golden, and cheese is starting to melt, about 2 minutes. Flip one piece of bread on top of the other and continue to cook until cheese is melty, about 30 seconds more.

We started our search for the perfect cheese sandwich in the northern suburbs of Cape Town, at Burger Fair, one of the only roadhouses left in Cape Town, once home of the Immaculately low grade toasted cheese and chocolate milkshake at knockdown prices, a place where you are not given a knife in case you stab someone.

The toasted cheese was a bit of a damp squib, thin, mean and with the minimum amount of cheese, the sort of sandwich you might find in an English prison, if you were lucky. The milkshake was way not chocolatey enough, pale and too sugary and the big basket of chips were slap as slap can be but had been made in oil that had a tinge of fish. The sandwich cost R57, the milkshake was R42 (and did contain some ice cream) and the chips R44.

Don’t talk to the owner if you can help it, he is overworked and extremely rude. However, the few other clients who were there, trying to eat hamburgers off wobbly trays (not made for curved modern car windows), were chatty. “You must go to a little shop just outside Somerset West if you want the best toasted sandwich,” the car beside us beamed out info on fast food in the vicinity.

South Africans feel more comfortable sitting in their cars, and everyone was in a good mood and the sun shone and the waitress was polite and helpful. Apart from the owner and the rather disappointing toasted cheese, it was a great – and cheap – experience.

Lately the TC sandwich has returned in various shapes and sizes, the meal du jour for the lockdown era.

Café Frank’s cheese toastie can be served on sourdough or a pumpernickel rye bagel and is gooey, tasty and comforting. They also do delivery. Cafe Frank used to be my favourite for any kind of sandwich.

Bread, Milk and Honey is a low-key cafe stuck in the middle of the Cape Town CBD, and easy to miss. They offer quality food, coffee and bakes. The deli counter changes every day. Check their twitter account to see what’s on the menu . One thing that stays the same are the toasties. Their cheese toasties are a classic and just right.

Arthur’s Mini Super, Sea Point, is a quirky corner cafe and mini super that has had a bit of a cult following since the start. They’ve got some interesting menu items like a brisket bun and a sardine and tomato toast – both items seem to be fan favourites, but a constant menu item is the cheese and tomato toastie.

My latest fave is Melt (the name alone). Located on Long Street, they specialise in making toasted sandwiches with a wide selection from savoury to sweet. I love the classic Melt cheese blend with mayo – soft and succulent.

I am sitting in an eatery in one of those ex-Soviet republics. People beside me are eating mounds of mauve potato and drinking a lot. I am also eating mauve potato because that is the only thing there is on the menu.

Above our heads is a picture of Christ in technicolour blue with a halo that flashes with an ambulance light above his head. Then the waitress, a dumpy woman in her seventies with a gammy leg, totally silent, plonked down a toasted cheese sandwich on our table. The golden-brown slices were sort of glued together with this melting mass of bright yellow substance that dripped over the sides in a sticky drama.

I screamed, “It’s a toasted cheese sandwich.” It had appeared on the menu in a wild Cyrillic script, and we had an idea we were ordering a chicken stew.

And here it was, the signature dish of my home country, South Africa. Look it wasn’t the real thing and somewhere along the consumption line there was a strong taste of goat, but it was something I recognised and had eaten growing up, in roadhouses, cheap cafes; the chocolate milkshake and the toasted cheese was embedded in my gastronomical brain. DM/TGIFood