Digital Vibes: The real tragedy is they chowed the money that could have been used to save lives 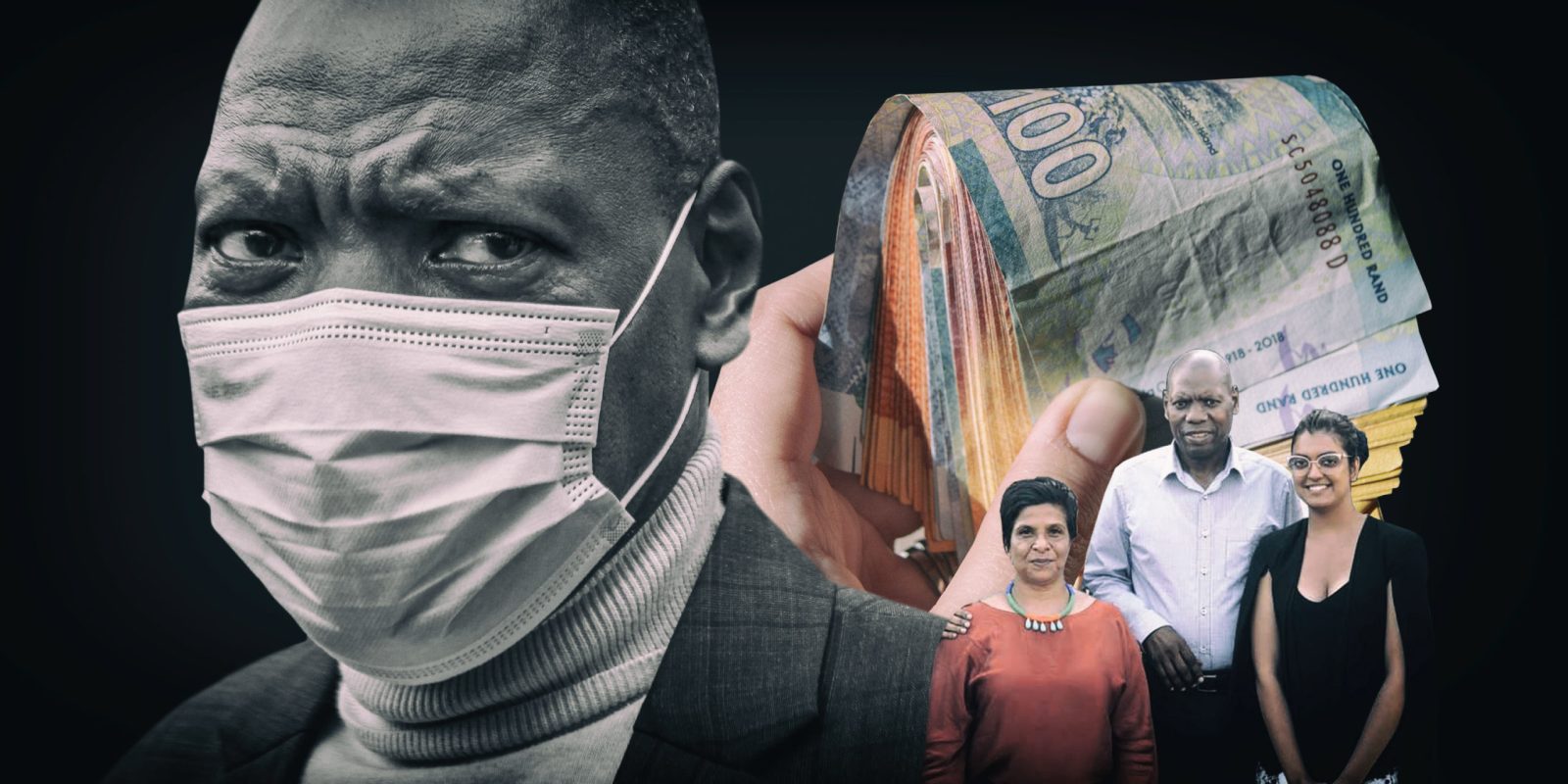 At least 56,000 people – that we know of – have died since Covid-19 hit South Africa in early 2020. We can only imagine how many of those lives could have been saved if they had had access to credible public health information from government.

Covid-19 has presented South Africa with its biggest public health crisis since HIV/Aids. It has also presented government communicators with the biggest public communications challenge of their generation, particularly when it comes to providing information that can prevent transmission – and death.

It’s no secret that government has at times struggled to provide accurate and credible information which empowers people to protect themselves from the virus. In the early stages of lockdown, in particular, it was difficult for people to get access to information that could prevent transmission and, in so doing, save lives.

That information gap was the main trigger for the formation of Covid Comms, a network of volunteer communications professionals who stepped up in March 2020 to take government’s heavily scientific messaging, communicated primarily in English, and make it available to the public in plain language, in vernacular, in formats that were easy to distribute across platforms like WhatsApp and Facebook.

Our mission was simple: to deconstruct the scientific and medical jargon and package it into formats and languages that were more accessible to the information-poor: people who perhaps couldn’t make sense of Health Minister Zweli Mkhize and Professor Salim Abdool Karim’s complex flow charts and graphs, and were maybe bamboozled by the ill-prepared and sometimes contradictory messaging from ministerial press conferences.

More than 170 communicators responded to a call for help that I posted on social media, and within days we were organised into workstreams that took official and verified health information and developed it into plain language infographics and videos, translated into a minimum of five South African languages.

The spirit of volunteerism ran strong. As time passed, the group shrank as some communicators either lost interest or had to give up on working for free to put bread on the table. But by the end of the first week, we had a relatively stable group of 30 volunteers who started working, at a frenetic pace, to produce life-saving content.

It was around this time that we reached out to government to offer our (free) support and ensure our work was aligned to the “national effort”.

The response from the now late Minister in the Presidency Jackson Mthembu was typical of his approach to a crisis. “Go for it, bro,” he said in a brief call in the last week of March 2020. “You have our full support.”

He suggested we also reach out to the health ministry, which I did on 26 March 2020. On Mthembu’s advice, I contacted Tahera Mather, who I’d interacted with while she was at Luthuli House, and who (according to Mthembu) was playing a central role in managing the health minister’s communications.

I regarded Tahera, to use Zweli Mkhize’s language, as “a comrade”. While interacting with the ANC’s department of information and publicity in 2014 over a communications strategy I’d been asked to develop, I had found Comrade Tahera to be one of the most committed members of the Luthuli House communications team. Alongside this, she was also deeply critical of some of the shenanigans that she said were taking place with ANC finances.

I thought I had found a soulmate and expected a quick and positive response when I sent her a letter requesting discussion around a coordinating mechanism between Covid Comms and the health ministry.

My letter was never acknowledged, although I received a “read receipt”. I was (in the words of Tokyo Sexwale) “blue-ticked”, but Covid Comms pressed on regardless – a little perplexed, but still totally committed.

One year later, as the crap started to trickle out of Comrade Tahera’s Digital Vibes courtesy of Daily Maverick Scorpio journalist Pieter-Louis Myburgh, it started to make sense. Covid Comms had obviously been kicked to the curb because Comrade Tahera was either too busy making money to fund the lifestyle of her family and friends, or Covid Comms was seen as a potential (free of charge) challenge to her multimillion-rand piggy bank.

I’m starting to get over my anger at how public money was chowed in the midst of a pandemic. But I still can’t get my head around the fact that the money that was chowed was meant to save lives, to empower people in such a way that they could prevent infection and avoid transmission.

It wasn’t money to market margarine – it was money to prevent sickness and death.

That, to me, is the real tragedy of the Digital Vibes saga.

Because in reality, while Covid Comms’ volunteers – and countless other volunteers in NGOs such as the C-19 People’s Coalition, SECTION27, a myriad voluntary Community Action Networks (CANs) and countless other organisations – were busting a gut to put free information into the public domain, Digital Vibes was getting paid millions, and yet seemingly didn’t even put that information into the public domain.

To be honest, it’s hard to know which of the work produced by Digital Vibes was ever published. Granted, the output from the department of health has increased significantly since the first few months of lockdown, as has the output of the tireless team at GCIS. Business has also stepped up and is making massive contributions in terms of messaging, content and distribution.

But how much of it actually came from Digital Vibes remains to be seen.

The situation has also improved recently at Covid Comms; we’ve received a couple of grants in the past month or two which have enabled us to start paying our work teams, for example, and produce some impressive content.

In the process, some of our busiest bees have “graduated” from volunteers to paid contractors. We’ve therefore been able to put some much-needed money – much less than they would have been paid by the big-name advertising agencies, I must say – into the pockets of an entire cohort of young, mainly black, mainly women communicators who would otherwise be struggling.

We’ve continued to produce information products and videos on all matters Covid-19, including providing some certainty around vaccine registration and rollout. Along the way, we’ve also expanded into providing information on some of the less visible consequences of the pandemic, such as gender-based violence, depression and the loss of a loved one.

Our total budget for this year so far is approximately what Digital Vibes charged the health minister for organising one SABC media briefing: R2.7-million.

With that, we’re producing more than 100 new infographics (which will soon be available for free download on www.covidcomms.org.za along with our already existing work of 150 infographics and a number of animated videos) and 20 new videos/audio files in six official languages. 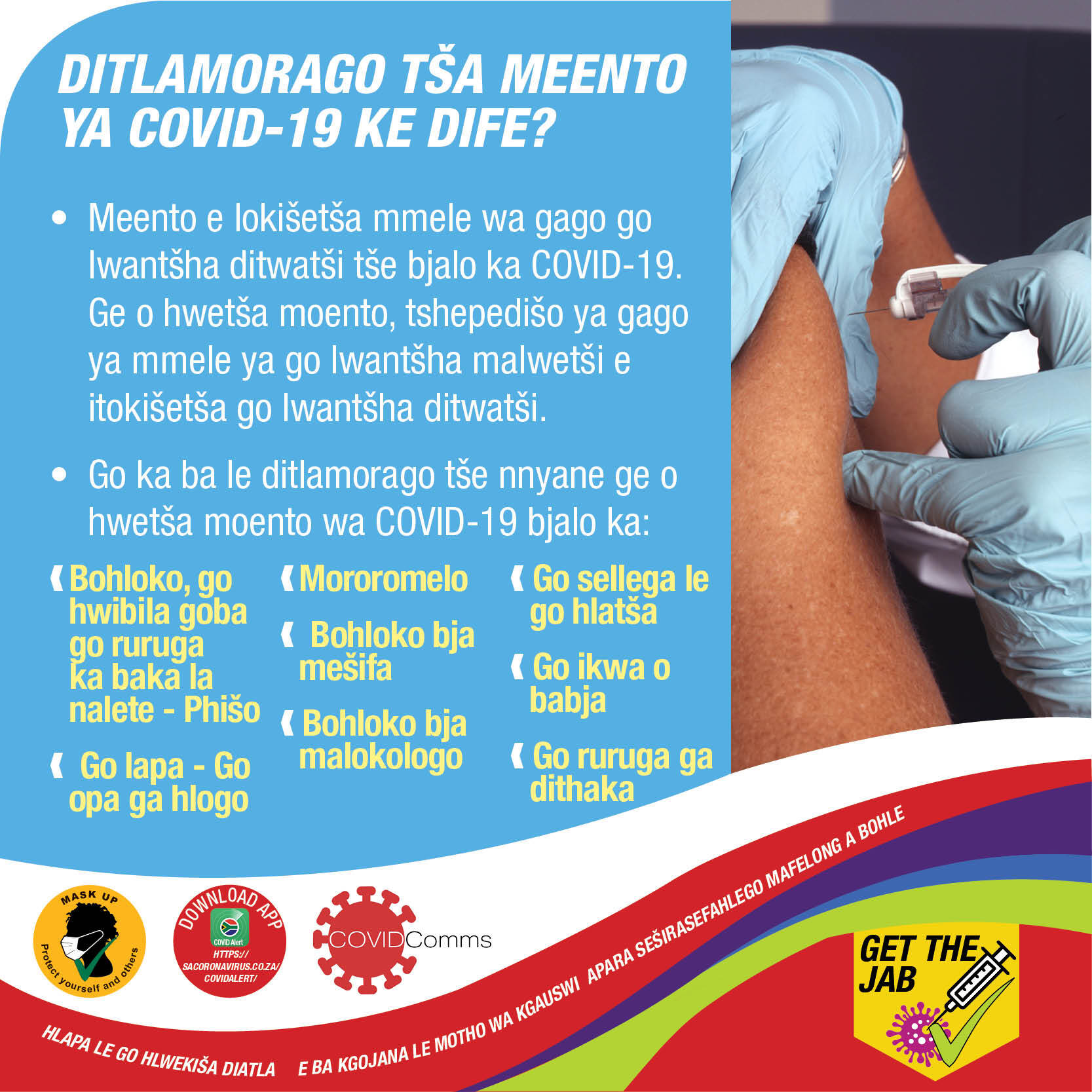 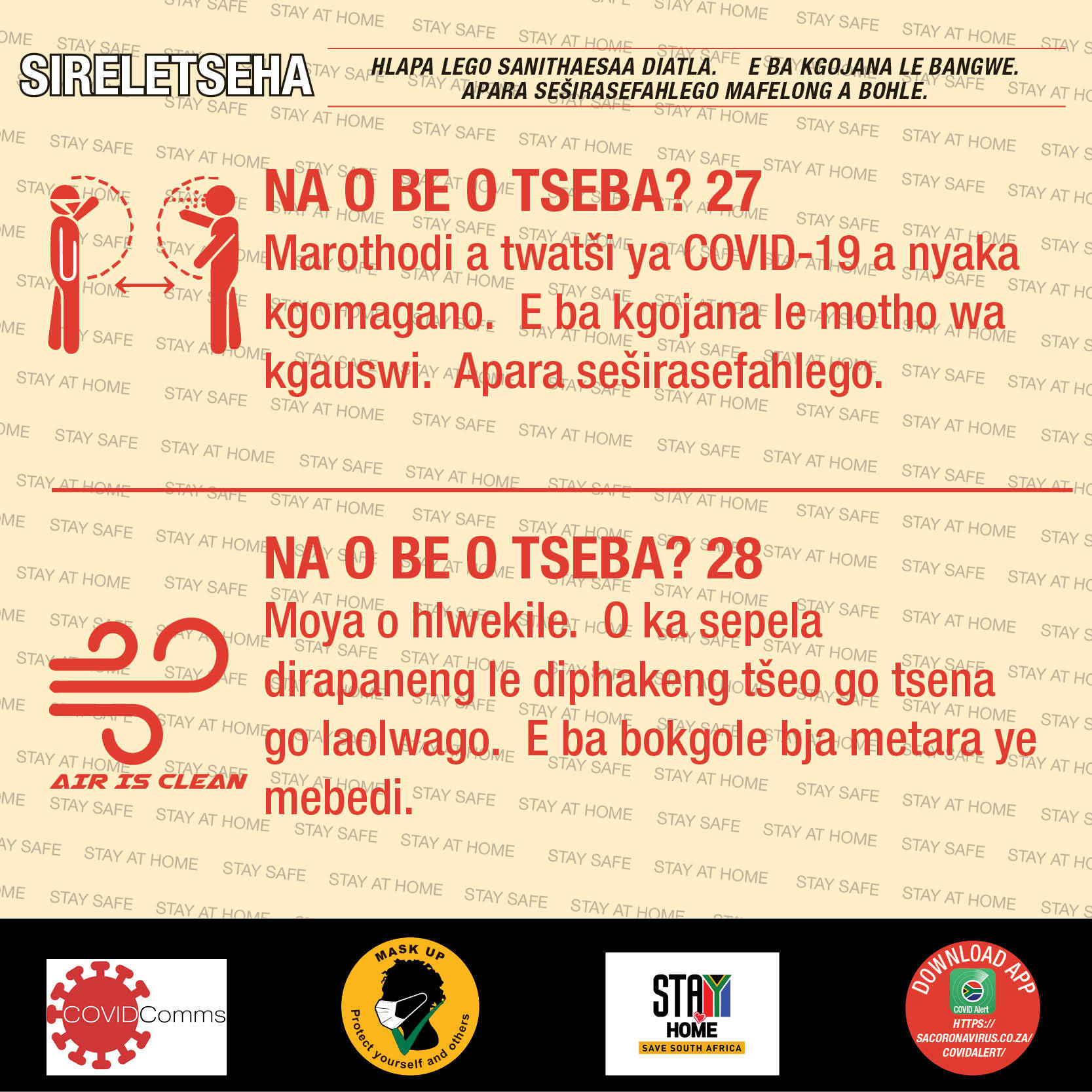 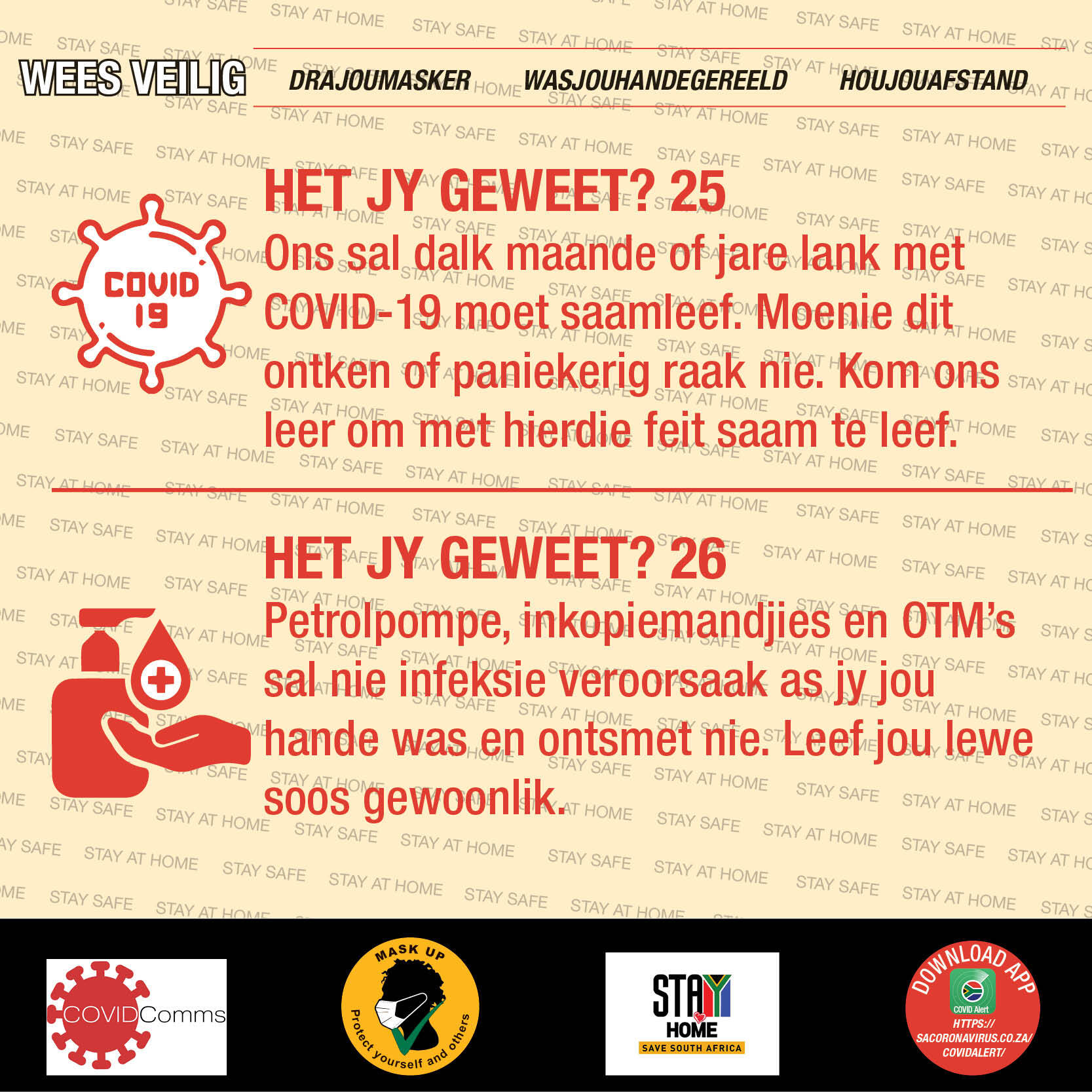 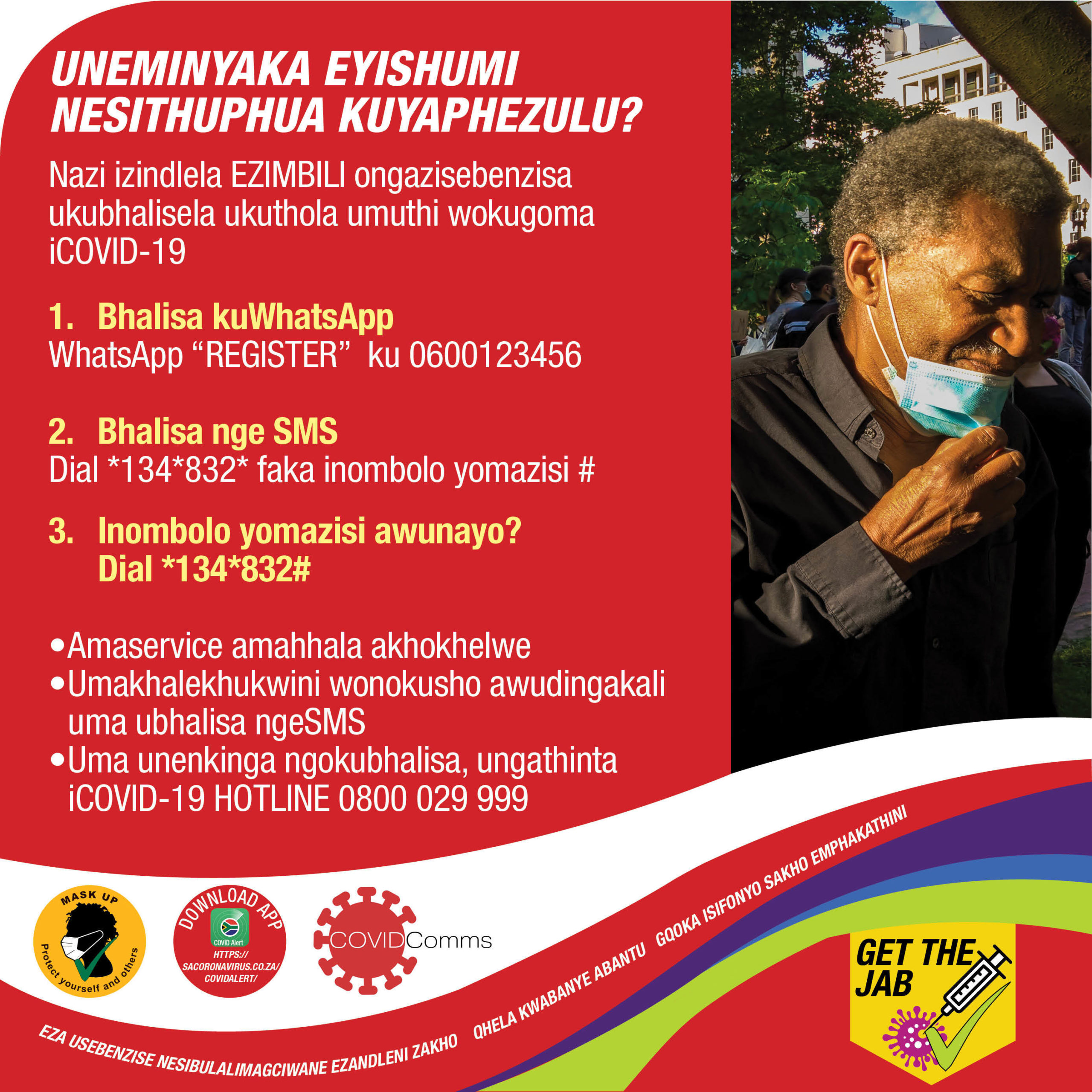 We’ve also been able to negotiate free or discounted airtime worth over R2-million with the SABC and MultiChoice.

Which left us thinking – once the full details dropped of how much Digital Vibes had sucked from the public purse – of what Covid Comms, or anyone doing similar work, could have done with R150-million over one year. We played a game of “fantasy Covid Comms” and crunched the numbers, and realised we could:

After that, we would still have approximately R35-million in the kitty for in-person activations and to pay the premium for adverts on primetime TV slots such as football matches and Uyajola 9/9.

And we wouldn’t charge a cent for coordinating any press conferences that might be needed.

Sadly, we can only dream of that sort of impact, and of the number of lives that could be saved if those resources had been spent properly.

And as we do so, we continue to receive requests from government to help wherever we can: tactical interventions to support the vaccine roll-out programme, for example, or the translation of radio public service announcements, or inputs into social listening exercises, or easy-to-understand graphics in all official languages on how vaccines work.

We continue to do this, of course, at our same bargain rates. We have to… it’s our duty. And anyway, it seems there is little or no money left inside government to spend on actually saving lives.

Digital Vibes has chowed it all. DM