Chelsea vs Manchester City: A battle of billionaires and tactical masterminds 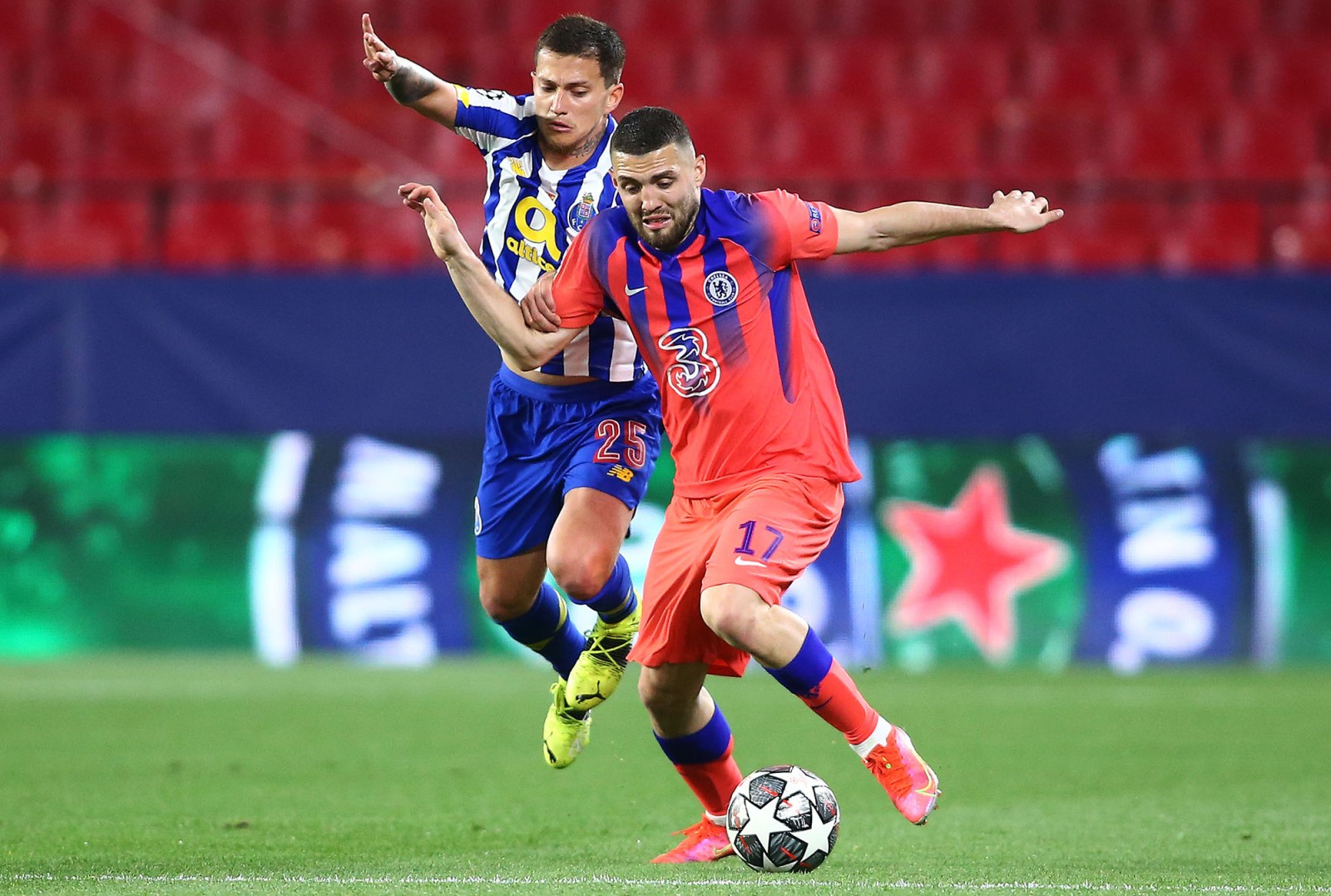 Mateo Kovačić of Chelsea is challenged by Otavio of FC Porto during the UEFA Champions League quarterfinal on 7 April 2021 in Seville, Spain. Kovačić says the final against Manchester City 'will be a new game and no team is favourite'. (Photo: Fran Santiago / Getty Images)

It’s the second all-English final in three seasons. Manchester City have a chance to claim a maiden UEFA Champions League trophy, while Chelsea are out to add their second.

Two teams that have had contrasting seasons are set for the UEFA Champions League final: Chelsea, who have had a somewhat rollercoaster season, and Manchester City, who powered up like a rocket before launching into the skies blue and beyond – leaving everyone coughing on their fumes.

This is the second all-English final in three seasons. Chelsea and City are also the third and fourth English teams to reach the final in the past three seasons, after Liverpool and Tottenham Hotspur.

Both are desperate to win the trophy, for different reasons. Chelsea, to plaster over the cracks of an average season. City, to complete a well-deserved treble.

The Sky Blues have been the best team in Europe this season, with many of the continent’s traditional big guns faltering and fading.

Winning the Champions League, in their first foray further than a semifinal in the competition, would be a great and overdue achievement. Overdue if you consider the billions that the club’s Emirati owner has invested into making this very moment a possibility.

Sheikh Mansour has pumped loads of cash into ensuring City become a tour de force in world football, with the crown jewel of that whole endeavour being winning the Champions League. It is also why the Manchester club recruited superstar manager Pep Guardiola.

Guardiola, who won this competition twice with his mythical Barcelona side, has won numerous trophies since arriving in Manchester five years ago. These include three Premier Leagues, four Carabao Cups and one FA Cup.

However, when his tenure at City comes to an end, Guardiola will be judged on whether he managed to win the Champions League or not with the Citizens. More especially working with such a talented group of players.

The former Spain international knows it, too.

“If I retire now, or in five or 10 years, what happened in my career, it was completely unexpected when I started. I’m most grateful to the clubs, for the players I’ve had, the way we played and the way we’ve done it,” Guardiola told journalists back in April.

“These are words and theories that make me so grateful and happy, but this is a business. And the business is to win. If we don’t win, I’ll be a failure. And if we win, it’ll be ‘How good is Pep’ .”

In Guardiola’s way stands Thomas Tuchel. The German’s CV is not quite as decorated as Guardiola’s. Nevertheless, Tuchel has proven he can be just as tactically nimble and fleet-footed as his opposite number.

If City have been outstanding this season, Chelsea’s overall display has been satisfactory at best.

Early-season struggles and a lack of consistency saw the Blues’ own billionaire owner, Roman Abramovich, sanction the firing of manager and club legend Frank Lampard halfway through the campaign.

Tuchel took over and hit the ground running as he gave the team the structure and solidity they desperately lacked under Lampard, especially defensively.

Under Tuchel the Blues have played 29 matches in all competitions. Of those, they’ve been victorious in 18, drawn six and lost five.

Worryingly for the 2012 Champions League winners, three of those five losses have come in their past four games. The team’s scoring problem is one the coach has so far failed to address.

Largely due to their profligacy in front of goal, they lost to Arsenal and Aston Villa in the league, results which almost cost them a place in this competition next season.

They are also fresh off losing the FA Cup final against Leicester City, whom they pipped to fourth place on the log standings.

Significantly though, the Blues have beaten City in both of the two sides’ most recent encounters. However, the Chelsea camp is not reading much into that.

“City obviously are a great team, they won the Premier League this year, they had a great season. Maybe we are the underdogs in the final, but it is one game; we need to show our best and we have equal chances. We will be confident to try and be at our highest level to win this game.”

The final will be played at the Estádio do Dragão in Porto, Portugal after being moved from Istanbul, Turkey as a result of Covid-19.