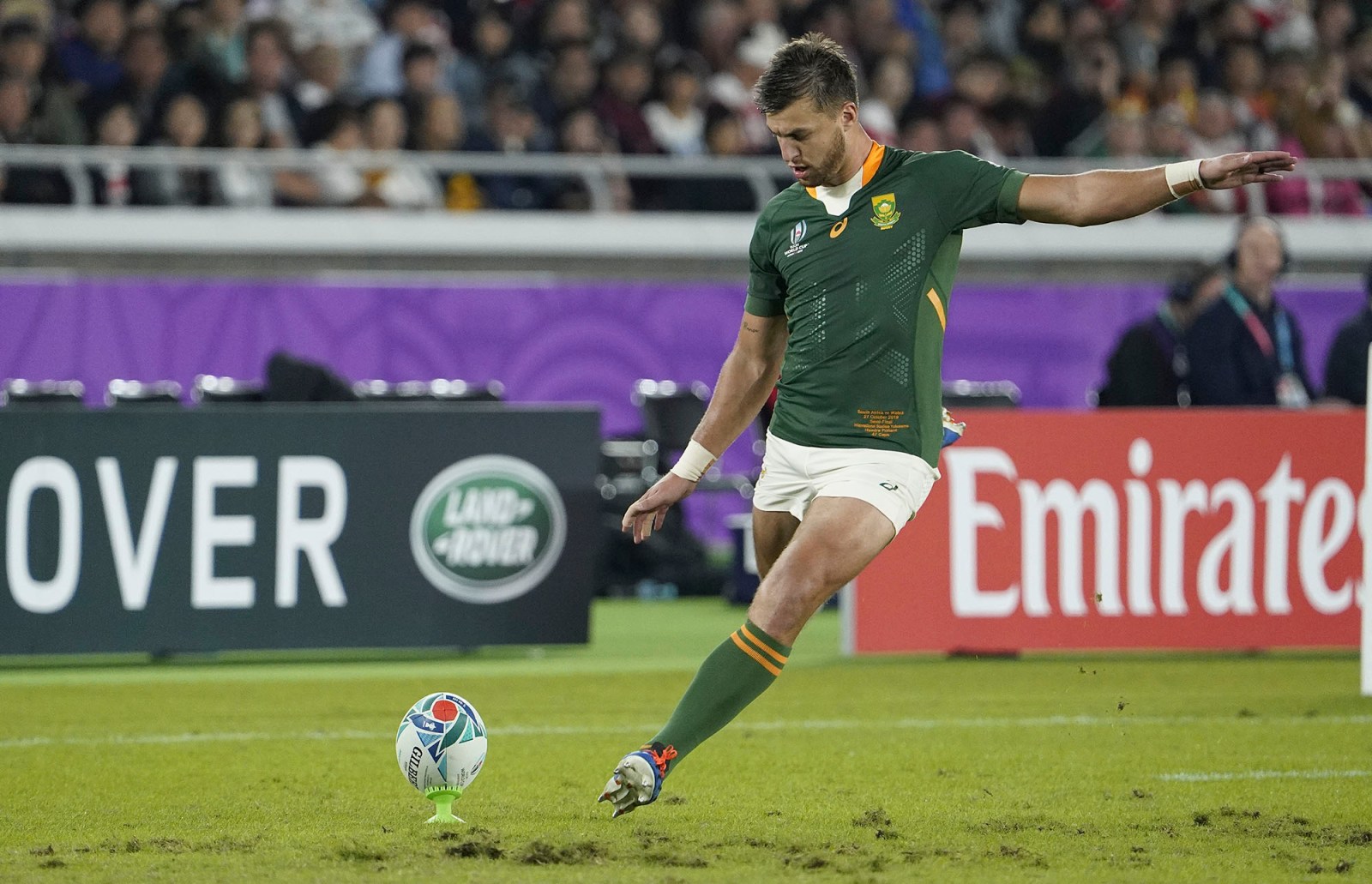 The outstanding form of the Springboks based in Europe bodes well for the national side ahead of a bumper Test season.

Elsewhere, Damian de Allende continues to produce physical yet intelligent performances for Irish side Munster. Meanwhile, Faf de Klerk has enhanced his reputation as one of the most tactically astute scrumhalves in the English Premiership.

Individual form won’t be the issue when these stars report for Springbok duty at the end of the month. Clearly, the bulk of South Africa’s World Cup-winning contingent still knows how to win big games — and that is encouraging ahead of the team’s next major assignment against the British & Irish Lions.

Springbok coach Jacques Nienaber and director of rugby Rassie Erasmus will have to rise to the task of reintegrating these individuals into the national team set-up and preparing them for the rigours of Test rugby.

The Boks haven’t played a Test since the 2019 World Cup final and haven’t — as one coach reminded DM168 this past week — been together as a group since the trophy tour that followed.

Clubs and franchises are obliged to release their players for international duty in specific windows under World Rugby’s Regulation 9. If Kolbe, De Klerk and others go on to feature for their clubs in Top 14 or Premiership finals later this month, they won’t be in South Africa until the window opens on 28 June.

This presents significant challenges in the context of the Lions series to come. SA Rugby has arranged two warm-up Tests against Georgia, and Daily Maverick understands that Nienaber will use those games as preparation for the three-Test epic against the Lions.

There will be no time for experimentation or development with the future in mind; the best players will feature against Georgia as the team attempts to regain the synergy it has lost.

The Boks are focused on the Lions at present, and rightly so. Many of the players and coaches have spoken about the magnitude of the series and the possibility of adding to the team’s legacy.

This group has beaten the All Blacks in New Zealand, won the Rugby Championship and won the World Cup. If they beat the Lions, they will bear comparison to John Smit’s galacticos, a team that won the World Cup, Tri-Nations and Lions series between 2007 and 2009.

And yet, with the Rugby Championship fixtures recently confirmed, it’s worth considering how the first phase of the season may prepare them for the next.

Typically, clubs are mandated to release their players for international duty for three weeks in July. Countries that host the Lions once every four years are granted more time with their players.

Nienaber will have all the players — including the late arrivals from Europe — in camp between 28 June and 8 August, a total of six weeks. The Boks will be under pressure to gel for the Lions series, but the extended period of time together will certainly benefit all involved ahead of a unique Rugby Championship.

Daily Maverick has learnt that all of the top Boks will be available during World Rugby-sanctioned windows this season. And in this unique year, it so happens that the July window runs straight into the Rugby Championship window.

So, in theory, the coaches could have the players from 28 June to 3 October, a total of 14 weeks. And there will be little time for rest.

The Boks are scheduled to play the first of two Tests against Argentina on 14 August — just seven days after the final game against the Lions. The Rugby Championship schedule suggests that the South Africans will enjoy a two-week bye thereafter.

The reality is that they may have to travel to Australia two weeks ahead of their first game against the Wallabies to fulfil quarantine protocols.

France will travel to Australia to play the Wallabies in three Tests in 11 days this July. These games fall inside the international window, but the preceding period of quarantine does not. As a result, top French players who are contractually obliged to play in the final rounds of the Top 14 in late June will miss the tour altogether.

French players who do tour will have the leeway to train at a ground adjacent to their hotel during the period of quarantine in Australia. Similarly, one would expect the Boks to use that time in isolation to prepare.

After playing back-to-back games against the Wallabies, they will travel to New Zealand to tackle the All Blacks in two consecutive Tests.

The Boks should grow stronger as a unit as the season progresses. In 2019, they spent three months together before heading to the World Cup in Japan, where they improved with each passing game and were at their absolute peak against England in the decider.

In past seasons, some European clubs have demanded that top players return for duty in the bye weeks of a Rugby Championship. The quarantine protocols, of course, won’t allow for players to bounce from South Africa to Europe to Australasia in the space of a week. That is something that could work in the Boks’ favour.

Nienaber is likely to favour a “two-squad” approach after the Lions series has concluded. This will ensure that players remain physically and mentally fresh and that the best individuals and combinations are at their peak for the most important Tests against the All Blacks at the back end of the competition.

The clubs have to release their players to national unions during the international windows. But after losing their Bok players for 14 consecutive weeks, will these clubs be willing to lose them for three more in November — at a time when South Africa will face Wales, Scotland and England?

Sometimes the situation demands a bit of give and take. In the past, some Bok coaches have agreed to play overseas-based players in some Tests, but not in others in order to keep certain clubs happy.

Players are under pressure to turn out for their clubs, who pay them a lot of money. While all are determined to represent the Boks, they have a responsibility to their clubs and they don’t want to jeopardise lucrative contracts that could effectively set them up for retirement.

Erasmus himself has made the point that national teams like the Boks would be within their rights to enforce Regulation 9.

He clarified that this would push the players to make a stark choice between club and country. It’s not unheard of for players to retire from international rugby just to retain a contract at a well-paying club.

A lot of the privately-owned sides in Europe are not happy about a situation that sees their best players away on Test duty for 12 to 14 weeks of the year.

The South African franchises could face similar challenges when the Bulls, Lions, Stormers and Sharks move to Europe later this year. In the past, the Currie Cup concluded at the end of October and the franchises were happy to release their players to the Boks — as the domestic season was over.

Now those teams will be part of the PRO16 and subject to all of Europe’s unique challenges. They have always been subject to Regulation 9, but it has rarely been an issue. Now their depth will be tested when they go without top players in a season that runs over the November period.

Many of these problems would be solved if a global season was implemented. Players would have adequate time to rest and recuperate before beginning their conditioning programmes. They would spend part of the year playing club rugby and part of it focusing on Tests. There would be no crossover and no conflict. DM