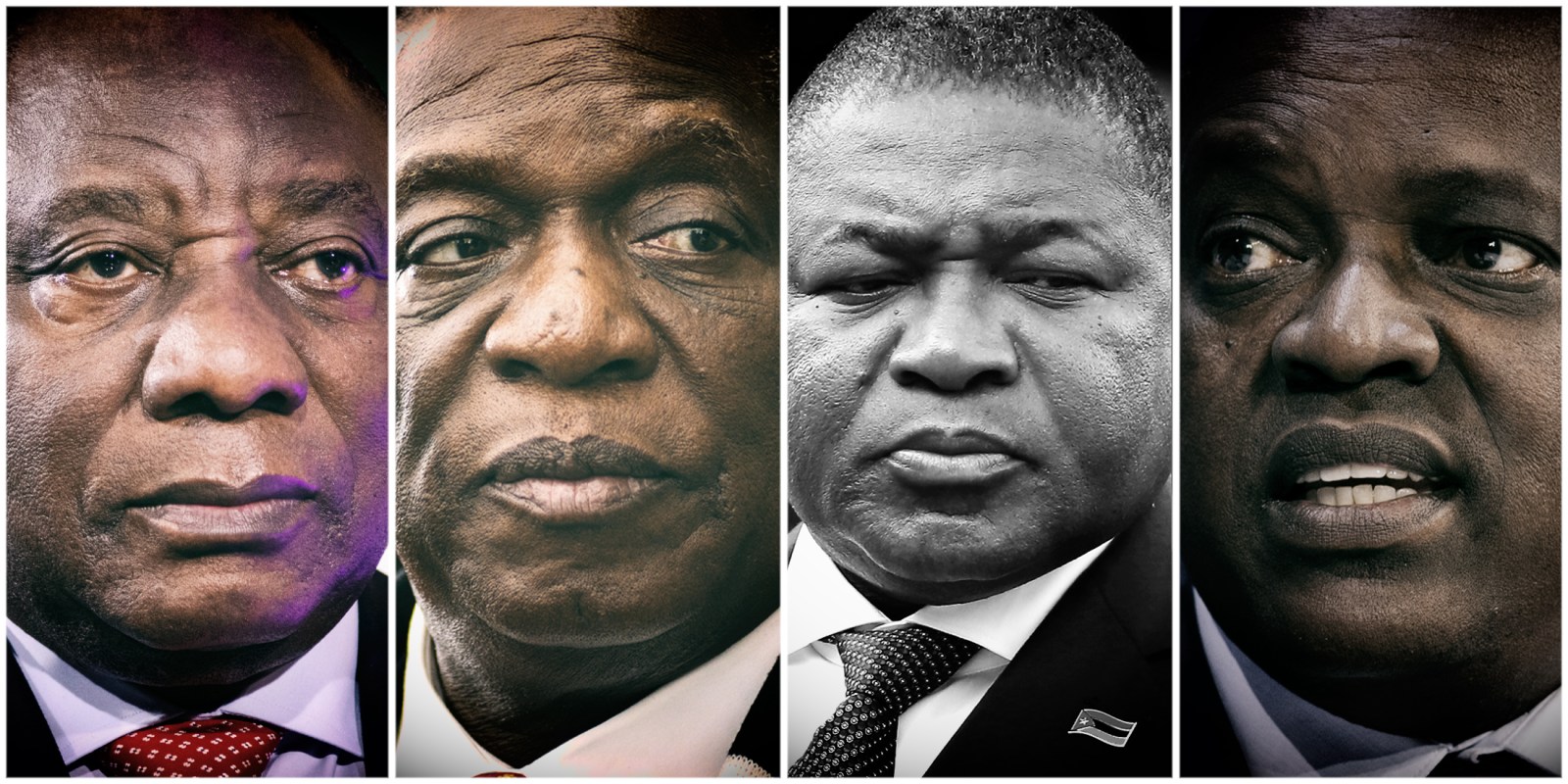 Regional leaders will meet Mozambican President Filipe Nyusi in Maputo on Thursday, 27 May 2021, to try to persuade him to allow an SADC force to tackle Islamic State-affiliated insurgents in the north of his country.

It is still not clear whether or not Nyusi wants a proposed force of about 3,000 troops from the Southern African Development Community (SADC) to enter Mozambique or what its role should be.

Presidents Cyril Ramaphosa of South Africa, Mokgweetsi Masisi of Botswana and Emmerson Mnangagwa of Zimbabwe are expected to meet Nyusi first in a summit of the SADC security organ troika, sources say.

This will apparently be followed by a “double troika” summit in which the three leaders will be joined by representatives of the countries which comprise the troika of SADC itself. Nyusi is the current SADC chair and the other SADC troika members are Malawi and Tanzania.

South Africa and some other SADC member states have made it clear that it is vitally important for the security of the whole region that Mozambique allow the proposed SADC standby force of three infantry battalions and special forces, armed with attack helicopters, other aircraft and warships, to intervene in Mozambique to defeat and expel insurgents who have been terrorising the country’s northernmost Cabo Delgado province for over three years.

But the attitude of Nyusi and the governing Frelimo party towards this proposal has not been clearly revealed. SADC defence ministers met in Maputo on 28 April and approved the SADC standby force intervention plan drafted by SADC military experts. Ramaphosa, Mnangagwa and Masisi were due to meet Nyusi in a summit the next day to seek his approval. But the summit was postponed at the last minute, supposedly because Ramaphosa and Masisi had other engagements. The summit on Thursday replaces the one postponed.

Frelimo’s Central Committee met in Matola at the weekend and agreed that Mozambique should not rule out accepting external support for combating the insurgents, according to local media reports.

Frelimo spokesperson Caifadine Manasse was quoted as saying that the government had agreed to American, Portuguese and Zimbabwean training for Mozambican forces. He said Frelimo was not opposed to all this support but the Mozambique government should always take the final decision on guiding the training by these foreign militaries. This left open the question of foreign troops playing a combat role.

There have also been unconfirmed reports that Nyusi has met Rwandan President Paul Kagame to discuss the possibility of Rwandan troops intervening in Cabo Delgado to fight the insurgents. For a year Nyusi engaged the South African private security company Dyck Advisory Group (DAG) to help him fight the insurgents by providing air support with light attack helicopters.

All these engagements with individual countries or companies have given the impression that Nyusi would prefer to manage the insurgency himself rather than surrendering control to SADC.

The Africa Intelligence bulletin reported this week that Nyusi has accepted the idea of the deployment of the SADC intervention force – but will insist that foreign troops be restricted to securing the perimeter around the liquid natural gas processing facility on the Afungi Peninsula near Palma.

According to the report, only the Mozambican army, which plans to build an airstrip on the outskirts of Palma, will take part in the offensive component of operations aimed at dislodging the insurgents from their rear bases.

In case any doubts remained, South Africa’s International Relations and Cooperation Minister Naledi Pandor made it clear last week that Ramaphosa would press at Thursday’s summit for the SADC intervention force to be deployed urgently.

Mnangagwa and Masisi are also expected to urge Nyusi to accept the intervention of the SADC standby force as fears grow in the region of the conflict in Cabo Delgado spreading to other countries.

“It is the SADC standby force that we want to come into play,” Pandor told Reuters last week, adding that South Africa would want all member states to contribute troops to avoid a repetition of what has happened in the Democratic Republic of Congo, where only South Africa, Tanzania and Malawi have contributed troops to the SADC Force Intervention Brigade, a unit within the UN peacekeeping force Monusco, but which has a more robust mandate to take on armed rebel groups. The brigade has been in eastern DRC since 2013. Other SADC countries were supposed to relieve the troops of the three countries but none has ever done so.

SADC has a mutual defence pact which obliges member states to help another member country in trouble. It states that “an armed attack against a state party shall be considered a threat to regional peace and security and such an attack shall be met with immediate collective action”.

“We support the use of the defence pact. It’s never been really been utilised in the region, but we believe this is the time, this is a threat to the region,” Pandor told Reuters.

The insurgency in Cabo Delgado has been growing since October 2017, but SADC was only jolted into action by a major insurgent attack on the northern coastal town of Palma on 24 March 2021. Dozens of Mozambicans and two foreign contractors working on the Afungi gas installation were killed and thousands of locals fled the area.

The attack prompted the French oil and gas corporation Total to suspend operations at the Afungi project, placing a large question mark over the future of Mozambique’s exploitation of the vast gas reserves in the area, on which it is relying for future development.

French President Emmanuel Macron is to visit South Africa on Friday, 28 May, and the insurgency in Mozambique is expected to feature prominently in his discussions with Ramaphosa. DM