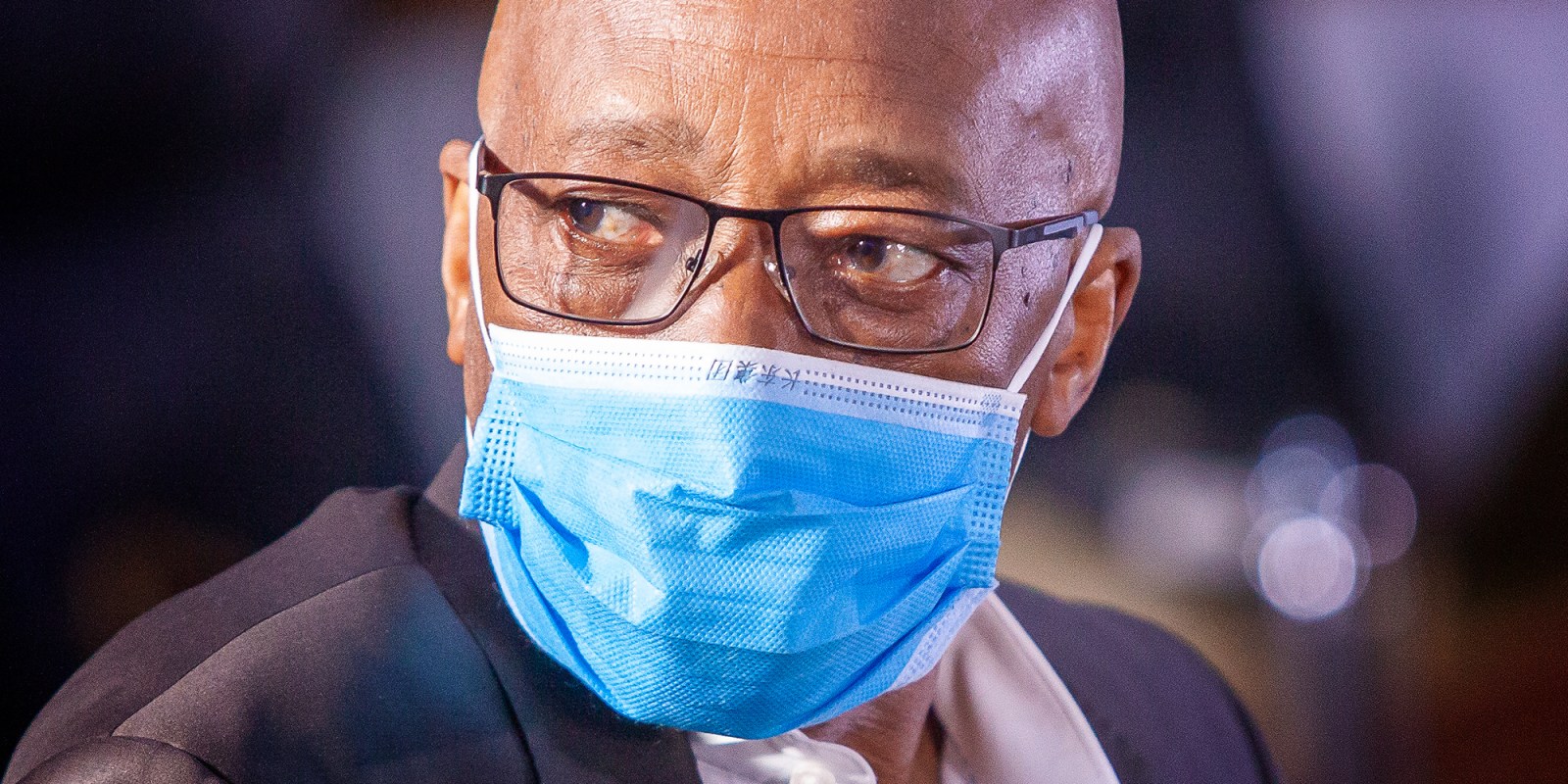 Squeezing into the Zondo Commission just days before it concludes, former SARS commissioner Tom Moyane finally gave his side of the story which sees him accused of presiding over the gutting of SARS. Moyane’s version: His work was ‘sterling’ and his fall from grace is the result of Minister Pravin Gordhan’s ‘jealous racism’.

Former SARS commissioner Tom Moyane never testified before the Nugent Commission set up to investigate wrongdoing at the revenue collector.  That commission would conclude in late 2018 that Moyane’s “reckless mismanagement” was the primary cause of a “massive failure of integrity and governance at SARS”.

Indeed, Moyane seems to pride himself on having failed to provide a version of events to the contrary.

“For the last two years, Tom Moyane has been silent,” he told the Zondo Commission on Wednesday.

During his silence, the majority of 64 witnesses to the Nugent Commission and further witnesses to the State Capture inquiry have implicated Moyane in serious wrongdoing: colluding with Bain to hollow out SARS for his own purposes and presiding over a stream of resignations of talented and capable executives.

Now South Africa has finally been given Moyane’s side of the story — which takes place effectively in a different universe. In Moyane’s version, he “performed sterlingly” at the helm of the tax body, and his removal was the result of a “well-orchestrated process” designed by Minister Pravin Gordhan.

In a prepared statement Moyane read at the beginning of his appearance at the inquiry, he described himself as “aghast” at the attempt to cast him as instrumental in State Capture.

The former commissioner sketched a relationship with Gordhan which he claimed was consistently acrimonious.

Gordhan, Moyane claimed, was “jealously blinded by his racist attitude towards me”.

Throughout his time in the Zondo hot seat, Moyane gave the impression of a man lit from deep within by a slow-burning fury. It was evidence leader Alistair Franklin who bore the brunt of Moyane’s ire, as he gave new life to the concept of a “hostile witness”.

One fairly typical exchange between the two:

Franklin: If the [Nugent] commission records in its report that it has heard evidence from 64 witnesses, do you accept that or not?

Moyane: Why should I accept it, sir?

Franklin: Why should you not?

Moyane: [turning to Judge Raymond Zondo] Chair, I think I need your protection.

In one of Moyane’s more startling assertions, he claimed to the State Capture inquiry that he had never read the report of the Nugent Commission which resulted in his removal by President Cyril Ramaphosa.

When Franklin read him excerpts from the Nugent report’s damning conclusions — including a description of Moyane as having “arrived without integrity” — Moyane dismissed them as “preposterous”.

The Nugent report “fails to understand the basics of management”, Moyane said, and should not be taken seriously.

When confronted with the statement by Bain that the consultancy firm regretted its work with SARS, accepted that it led to morale and performance damage, and suspected in retrospect that Moyane had been working towards a particular personal agenda, Moyane termed the statement “unfortunate”.

“I don’t know why this would be seen as serious failure when the results are glaringly clear,” Moyane said.

He denied that he was pursuing any political agenda.

Moyane acknowledged in an affidavit to the Zondo Commission that he had been informed by former president Jacob Zuma that Zuma intended to appoint Moyane as SARS commissioner long before that appointment was publicly made.

“You had no experience in taxation. You were up against 120 odd candidates; one would assume some very deserving candidates. Do you know why the president chose you?” asked Franklin.

Moyane responded that he attributed his selection to his academic training as an economist and his background in leading a variety of government institutions, including the printing works and correctional services.

Dealing with the exodus of skilled SARS employees under Moyane, Franklin pointed out that six top executives had left before one year was up of Moyane’s tenure. The advocate read from a plan drawn up between Moyane and Bain’s Vittorio Massone stating in advance of Moyane’s start at SARS that it would be necessary to “neutralise” individuals who might hamper the “profound refresh” they sought to introduce.

Moyane denied that “neutralise” had any negative connotations in this context, despite the evidence of the stream of employees exiting the institution. They left for personal reasons, Moyane said.

“You are trying to throw mud so it sticks,” Moyane charged when Franklin accused him of plotting to push these executives out.

Franklin questioned why Moyane and Bain were strategising to implement a “profound refresh” of SARS when the revenue collector was internationally renowned for its functioning.

“The organisation into which you were appointed was world class,” suggested Franklin.

“That’s true, but that does not mean it wasn’t lacking in other areas which had to be strengthened,” shot back Moyane, who had previously described SARS as not being as “holy” as everyone thought.

Moyane also stuck to his guns on the most controversial feature of his SARS tenure: the claims of the existence of a “rogue unit” operating within the institution beyond the parameters of the law. These allegations have been exhaustively refuted and retracted.

Moyane said that two former rogue unit members had approached him in 2015 to admit their involvement in the illegal unit.

“I saw their equipment, I interacted with them,” Moyane claimed.

Franklin pointed out that in December 2020, the Full Bench of the High Court in Gauteng “found unequivocally that the finding of the Public Protector that the so-called rogue unit was unlawful was simply wrong”.

Moreover, Franklin said, “every leg on which the rogue unit [narrative] rested” — such as the original Sunday Times reporting and the subsequent Sikhakhane report — “has either been withdrawn or discredited”.

Under these circumstances, asked Franklin, how could Moyane still maintain his stance on the rogue unit?

Moyane was defiant. He had not read the judgment, he said.

“I as the commissioner was approached by members of that unit to tell me that they did things that were outside the ambit of a tax authority,” Moyane claimed.