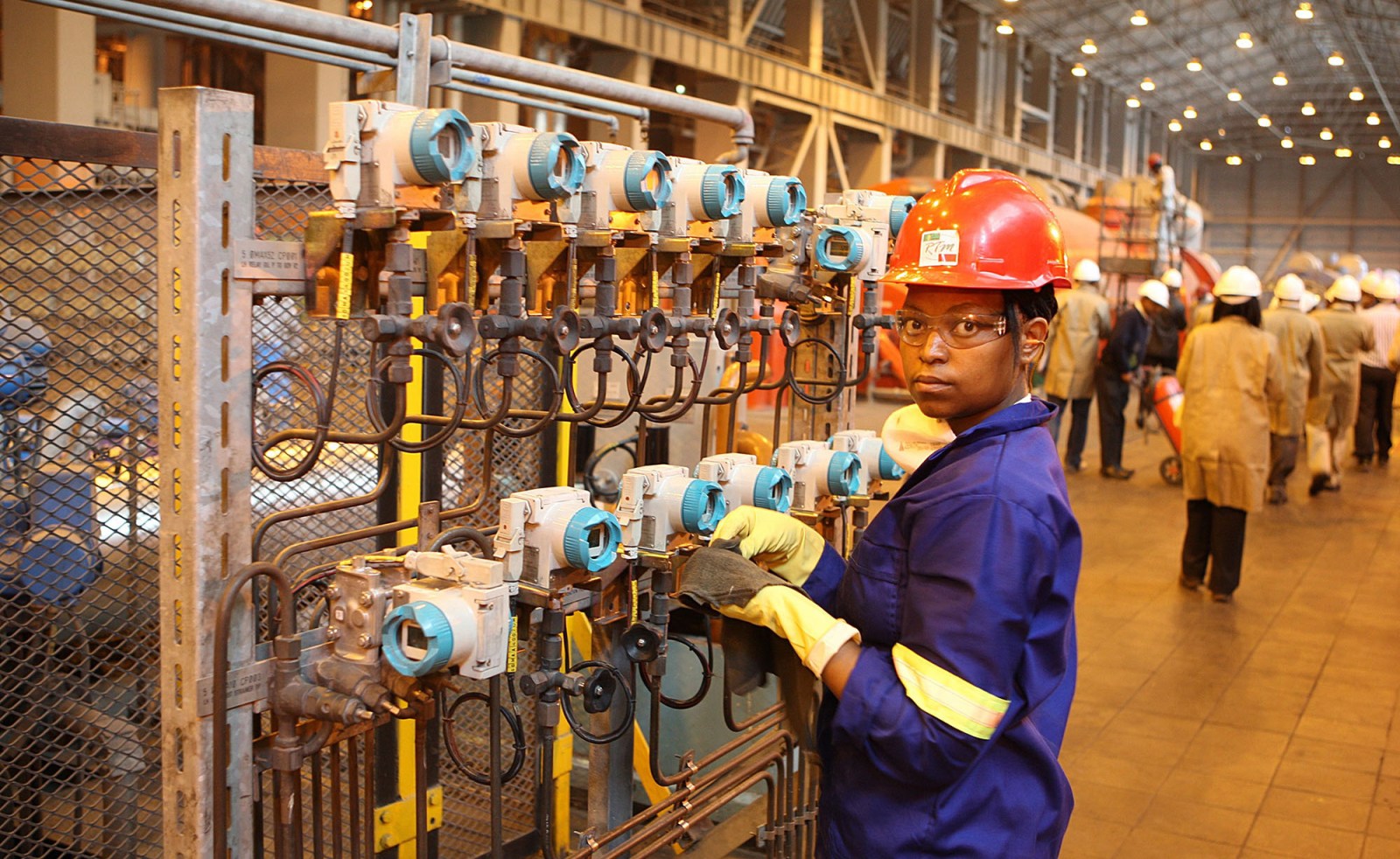 ERMELO, SOUTH AFRICA - 21 October 2010: A worker adds final touches before the re-opening of the Camden Power Station in Ermelo, Mpumalanga. Government is focusing on the rehabilitation and improvement of old power stations to ensure a stable supply of electricity to the country in the long-term. (Photo by Gallo Images/Sunday Times/Simon Mathebula)

It is hard to understand why South Africa, a country with a massive skills shortage, wastes money and time trying to work out what highly specific skills to let in. An abundance of skills is vital for innovation, economic growth and job creation. The more skills an economy can access, the bigger and more resilient it will be.

Ann Bernstein is head of the Centre for Development and Enterprise.

A constant theme in economic policy reviews over the past two decades has been that South Africa’s growth prospects are constrained by skills shortages. This has two implications: we need to improve our education and skills systems, and we should be far more open to skilled migration.

The 2017 White Paper on Migration frankly acknowledged that “the economy is desperately short of skills” and that “South Africa has not put in place adequate policy, strategies, institutions and capacity for attracting, recruiting and retaining international migrants with the necessary skills and resources”.

The case for skilled immigration could scarcely have been made more forcefully. It came 15 years after the passage of the 2002 Immigration Act, a period during which much effort had been expended by the Home Affairs, Higher Education and Labour departments in the preparation of lists of skills supposedly in such short supply as to justify entertaining the possibility of allowing migrants who had them to live and work in SA. The lists themselves were required by the act and were supposed to ease the filling of skills shortages.

These lists lacked prima facie credibility because the categories of skills seesawed erratically from one edition to the next. More importantly, as the Centre for Development and Enterprise (CDE) argued at the time, they bore no relation to the dynamic needs of a modern economy and, bizarrely, were framed as quotas, setting maximum numbers of migrants to be permitted in under the various categories. None of the quotas were ever filled, but the idea that it was sensible to set a maximum number of skilled migrants — as if a country could have too many doctors, engineers or professors — was symptomatic of an approach to migration that was both grudging and economically illiterate.

In recent years the contents of the skills lists has stabilised, the permit system rationalised, and talk of quotas is long gone. Still, the white paper has not led to the major policy reset that it promised. As a consequence of this, the issue of foreign skills has made it onto President Cyril Ramaphosa’s list of priorities for accelerating economic growth and is being driven by Operation Vulindlela.

So, what are the first fruits of migration “reform”?

The answer is a new list in February 2021, this time of critical skills.

The list is intended to determine the granting of critical skills visas as part of government’s promise to allow in more skilled foreigners. In terms of the act, work visas will be granted to eligible people irrespective of their having been offered a job in SA, and subject only to their qualifications meeting industry standards. Only occupations deemed to be in “acute” shortage, and which cannot be filled by training South Africans in a reasonable time, make it on to the list, which contains 126 precisely defined entries (down from 170 in the 2014 list). Even so, a report that accompanies the draft list asserts (without offering justification) that it will be “absolutely necessary” to reduce this number further.

In sharp contrast, most critics have noted striking omissions from the list including most medical specialisations, and maths and science teachers. Business Unity South Africa identified 27 artisanal skills that it says are also significant omissions.

It is hard to fathom why the list of critical skills has been reduced in a context in which it seems clear that a precipitous drop in immigration has been evident over recent years.

Without a new approach, all the tinkering and tweaks to laws and regulations will be in vain, and the next immigration white paper will again bemoan our desperate shortage of skills

When it comes to actually making policy, none of the 2017 white paper’s inclusive and dynamic approach has been enacted. Policy remains based on the assumption that the needs of the economy can be defined in minute detail through some form of manpower planning, the goal of which is to ensure that only the barest minimum of immigrants is admitted, and each on the basis of a precisely specified skill. Restricting skilled migration, rather than enabling it, is still the goal.

It is also hard to understand why a country with a massive skills shortage wastes money and time trying to work out what highly specific skills to let in. A dynamic modern economy is not composed of feudal crafts that might plausibly be managed by guilds and does not work the way the compilers of the skills lists assume. SA should have a much more open approach to immigration for skills of all kinds. Most importantly, we should go out and actively market the country as a destination for skilled, energetic and ambitious people.

The reasons for this are self-evident: an abundance of skills, whether professional, technical, artisanal or (especially) entrepreneurial, is vital for innovation, economic growth and job creation. The more skills an economy can access, the bigger and more resilient it will be.

Of course, if skilled foreigners are to be welcomed, we must have some measure of certainty that they have the skills they claim to have. Qualifications must be formal, vetted and come from acceptable sources; track records should be traceable.

Beyond those basic minima, the approach has to be as open and inclusive as possible. We should be actively helping potential migrants through the process, not minimising the number who are eligible and throwing up every imaginable bureaucratic obstacle to success.

We should go further. SA should be actively recruiting skilled migrants and encouraging them to apply to move to SA. There appears, however, to be little official understanding that skilled people might need to be persuaded to immigrate. This should be a task actively pursued by our embassies and consulates (and not just the one in Cuba), working through dedicated people with the appropriate economic knowledge and positive attitudes about the links between skills and growth.

It is not enough merely to change the relevant laws and lists. We need to change attitudes across government, but especially in the Department of Home Affairs and foreign embassies. We need to work hard to persuade South Africans that immigration of skilled foreigners is not a threat to them, but a vital step in making the country more prosperous and inclusive.

The attractions of skilled immigration may seem obvious to an economist or a journalist or a government official in a well-paid and secure job, but they are not obvious to everyone. It’s time to recognise all the positive effects that Zimbabwean and Indian doctors, nurses and teachers, traders from across the African continent and Asia, factory managers from China and investors from West Africa can have for our skills pool and for our levels of economic activity.

Ultimately, gaining wide public acceptance for skilled immigration will require the expenditure of political capital, energy and courage. The president’s list of priority reforms should not focus on a shortened critical skills list but on how to open SA to the foreign skills that will help drive faster economic growth.

Without a new approach, all the tinkering and tweaks to laws and regulations will be in vain, and the next immigration white paper will again bemoan our desperate shortage of skills. DM