SADC must step up to the plate: Silence on Zimbabwe mak...

SADC must step up to the plate: Silence on Zimbabwe makes a mockery of organisation’s core principles 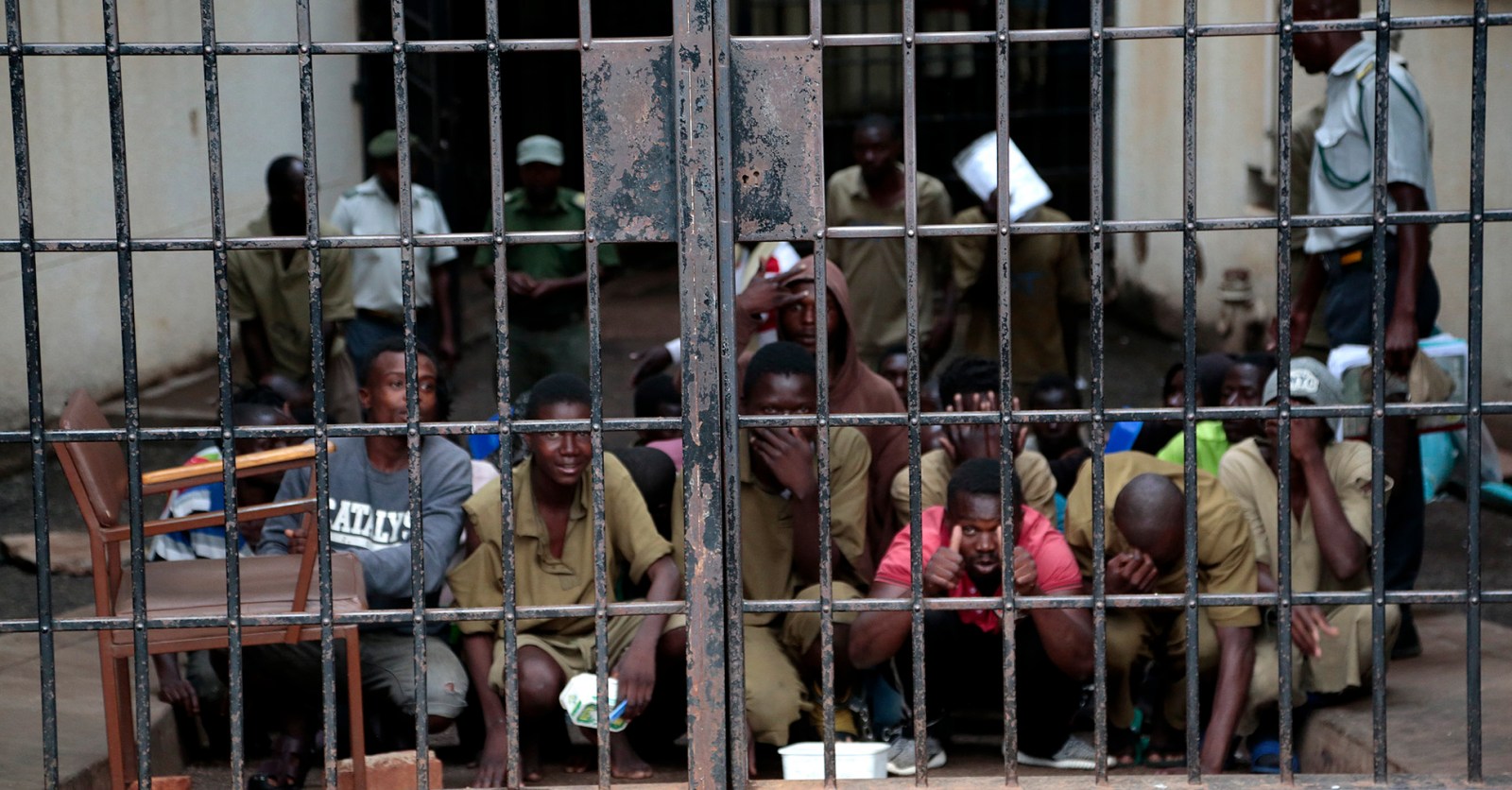 The Southern African Development Community’s perpetual silence on Zimbabwe speaks louder than the words it occasionally utters about human rights and the rule of law. Its acquiescence in the face of serial violations of the SADC Treaty makes a mockery of all its members and leaves the citizens of Zimbabwe at the mercy of a predatory political and economic elite.

Tony Reeler is a psychologist in Zimbabwe with more than 40 years’ clinical experience, including 30 years of working with the victims of organised violence and torture. He writes in his personal capacity.

One of the implicit reasons for setting up the Southern African Development Community (SADC) must have been the understanding that the carve-up of the region fractured cultures and communities in a wholly arbitrary fashion, and the countries formed out of this carve-up had so much in common that this needed to be recognised. The deep links between the countries of the SADC region were fostered even more by the bitter struggle against colonial and settler domination, only ending in 1994 with the final independence of South Africa.

The links between the countries is indicated in the objectives of the consolidated text of the Treaty of the Southern African Development Community:

Article 5. 1. (h) strengthen and consolidate the long standing historical, social and cultural affinities and links among the people of the Region;

In Article 4 (Principles) the Treaty makes explicit the requirement of the members to “act in accordance with the following principles”:

(a) sovereign equality of all Member States;

(b) solidarity, peace and security;

(c) human rights, democracy and the rule of law;

In Article 33 (Sanctions), SADC also contemplated a situation where members are in breach of the Treaty:

Sanctions may be imposed against any Member State that:

(a) persistently fails, without good reason, to fulfil obligations assumed under this Treaty;

(b) implements policies which undermine the principles and objectives of SADC; or

(c) is in arrears in the payment of contributions to SADC, for reasons other than those caused by natural calamity or exceptional circumstances that gravely affect its economy, and has not secured the dispensation of the Summit.

Given these laudable intentions, it seems fair to ask how Zimbabwe might be viewed today, especially in its adherence to human rights, democracy and the rule of law.

It is beyond dispute that human rights in Zimbabwe are violated on a very large scale, and have been for nearly three decades.

The violations in 2008 were so egregious that SADC, under pressure from the African Union, was forced to dismiss the election, undertake mediation and facilitate a government of national unity.

Whilst this brought peace of a sort, Zimbabwe continued to slide. To avoid being held to account to SADC’s objectives and principles, it put pressure on SADC to dismantle the SADC tribunal and finally mounted a coup to get rid of its president.

Again, there were no sanctions.

“There’s a political problem, it’s undeniable, it’s there and the people of Zimbabwe have to find a solution to it. We as South Africa are ready to assist. We sent envoys there because there has been a huge concern about reports of abuse of human rights, imprisonment of opposition MPs and many other concerns which have been directed at the presidency and my department.”

Once again, no sanctions and not even a place on the agenda of SADC.

In fact, the Executive Secretary of the SADC, Dr Stergomena Tax, claims there is not even a crisis in Zimbabwe. We might point out to her that, since 2000, there have been over 400 reports documenting the human rights abuses in Zimbabwe, and the reports continue to emerge.

Turn to the principle of upholding democracy and look at some recent events.

First, examine the implications of the recall of 40-odd members of parliament belonging to the MDC Alliance, and their replacement with appointed (not elected) members of the breakaway MDC-T.

These MPs were elected as the representatives of over one million voters, roughly a quarter of all those who voted in the 2018 elections. Thus, we have a wholly unrepresentative opposition political party in parliament, and the citizens are told effectively that their votes are of no consequence and they have representatives for whom they did not vote.

Of great concern is that, apart from four, the MDC-T MPs voted together with Zanu-PF to pass Constitutional Amendment #2. This is now leading to a constitutional crisis with the challenge to the extension of judges’ terms of office and the extension of Chief Justice Luke Malaba’s term being ruled unlawful.

The effect of this means that the state cannot appeal the decision as all the judges in the Supreme Court and Constitutional Court were cited as respondents. Hence, they have a conflict of interest, as does the acting chief justice also cited.

Either Malaba resigns or the Constitutional Court goes ahead and unlawfully hears the appeal.

The problem is unlikely to get much better as more cases are being brought, challenging the amendment as a whole.

Second, examine the political implications of the precipitous passing of Constitutional Amendment #2, amending 27 clauses of a Constitution passed by over 90% of the electorate in the 2013 referendum. This is done by a two-thirds majority in Parliament, presumably including some of the unelected MPs from the MDC-T, and signed immediately into law by the president.

This means that 191 individuals overturn the will of 3.2 million citizens, claiming that because they represent the citizens, and the Constitution allows such amendments if there is a two-thirds majority, this is legal. This is farcical as a commitment to the notion that government should assent to the will of the citizenry.

The government is now going to legislate what is patriotism, and will penalise any person or organisation that dares to suggest to a foreign government that Zimbabwe is a mess, the government is failing in its obligations and the country needs the assistance of other governments.

As for the rule of law, rule by law replaces it.

A recent report from the Zimbabwe Human Rights NGO Forum, Justice Under Siege, points out that basic rights regarding trials, guaranteed by the constitution, are routinely violated when it comes to perceived opponents or critics of the government.

These rights are standard in all SADC countries:

Since the coming to power of the “new dispensation”, the forum has documented fast-track trials, excessive delays in starting trials and many cases where bail is denied. This led to the legal profession taking to the streets in protest.

These protests had little effect, as witnessed by the treatment of journalist Hopewell Chin’ono as well as MPs, students and civil society leaders. It is also evident that different standards apply to  those who are aligned to the state. For example, Obediah Moyo, former minister of health, sacked for corruption, was granted bail almost immediately. Chin’ono, on the other hand, credited with uncovering Moyo’s corruption, spent more than a month in detention on flimsy charges.

It should not be thought that rule by law is a new thing. It has been a feature of the government’s treatment of opposition politicians and civil society activists for several decades now.

This decision by SADC seems to run counter to all the principles enshrined in the SADC Treaty, and is even unconstitutional in the case of South Africa.

It is evident in Zimbabwe’s situation that good neighbours should complain if there is any will among SADC countries to live the terms of its own treaty, but it is clear that individual sovereignty trumps the treaty, and neighbours never complain, although Botswana has on occasion.

The problem, as far as the treaty goes, is that Zanu-PF cannot and will not contemplate ceding political power, for the consequences of doing so are very serious. Thus, the violations of human rights, the diminishing of democracy and rule by law are fundamental to maintaining political power.

The principles in Article 4 of the Treaty should require at the very least discussion within SADC about whether Zimbabwe persistently fails, without good reason, to fulfil obligations assumed under this Treaty, and implements policies which undermine the principles and objectives of SADC.

There can be little doubt that this is the case, and hence there should be a response SADC qua SADC. Not to do so demeans both the Treaty and those who claim to uphold it. DM/MC