Land Rover: Defender of the faith 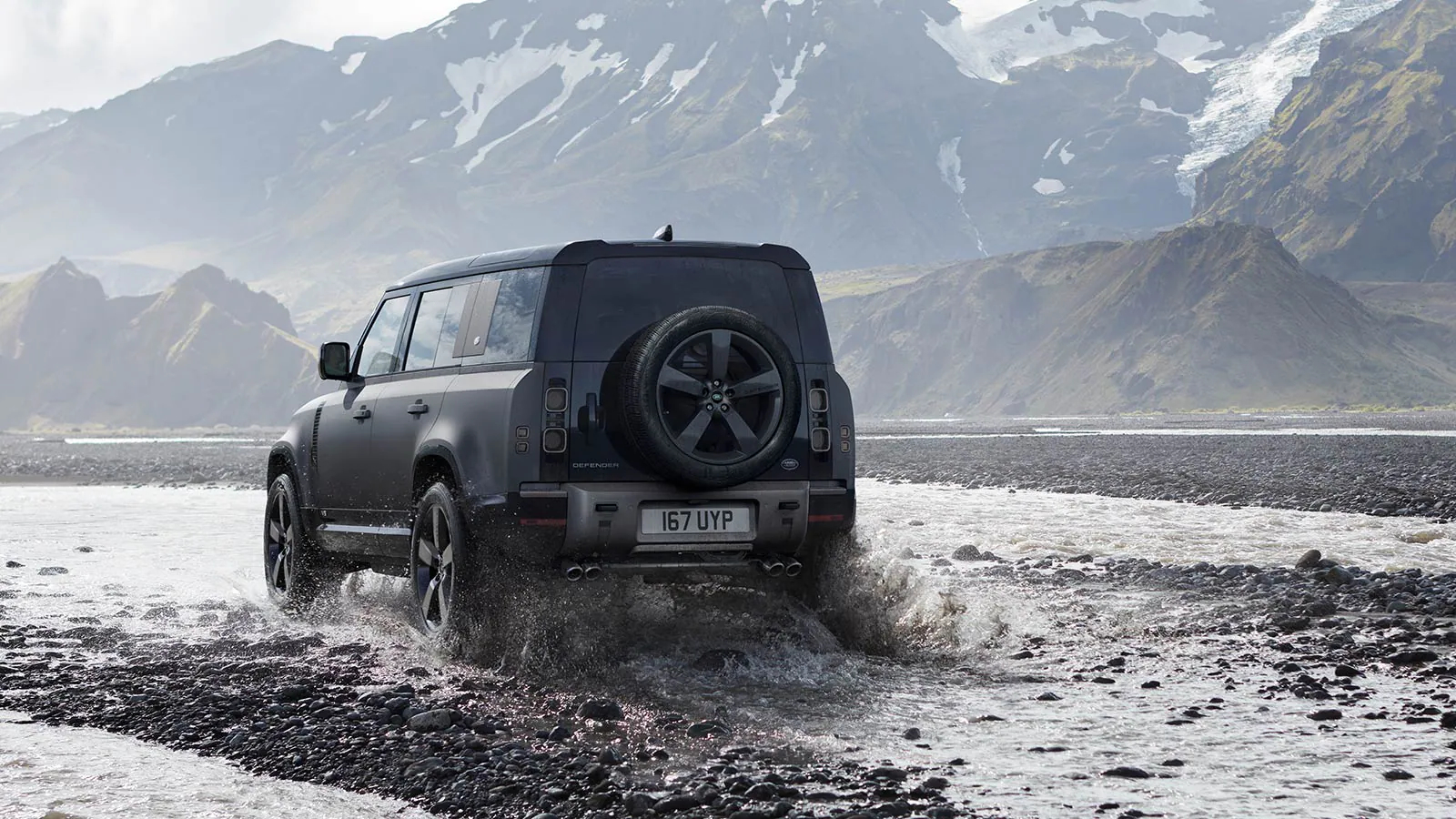 Has the carmaker cracked the toughest egg of them all – replacing the Defender? Why yes, it seems to have done so.

For the purposes of this review it is necessary for me to declare that I like old things. I live in an old house that doesn’t work but has beautiful floors, so it makes me happy. I like cricket. I like oak trees and deep stoeps. I think Verdi was a badass and am so unreconstructed that I am brave to say, in a public forum, that I still love Shakespeare.

This is why I approached the new Land Rover Defender with some anxiety. This car comes with a full payload of baggage, expectations and the projections of fans around the world – or perhaps just my own. We will never know, but after BMW aced the new Mini 20 years ago, replacing the Defender was the single most impossible task in the automotive world. Take an archaic global icon, and replace it with a modern car carrying the same name. I’m not sure you’d wish it on your worst automotive enemy. As somebody close to the manufacturer pointed out to me, if the Defender had gone through a standard five-to-seven-year product cycle, the new Defender is the car we would have got, and we wouldn’t have batted an eyelid.

But the thing is they didn’t, did they? People like to say that the old car was unchanged since the original Series I was launched in 1948 and that’s even a bit true. The basics were carried through – solid axles and a ladder-frame chassis, rust-proof aluminium body panels and a completely impossible driving position. The old Defender, finally discontinued in 2016, was really just a rebranded and facelifted One-Ten from 1983. That itself was a largely familiar continuation of the old Series cars, upgraded with a Range Rover-sourced permanent 4×4 system with locking central differential and, for simply unstoppable off-road talents, coil springs all round to replace the leaf springs – technology that would, in all seriousness, have been familiar to Piet Retief as he descended the Drakensberg with his ossewa.

It was not a sophisticated thing.

I’ve owned three. For a while my daily driver was a 1962 Series IIA bakkie, and when I was young I spent a year driving around the subcontinent in a catastrophically unreliable 1970s Series III.

I did not have these cars because they were better than other cars, in the same way that an oak tree is not demonstrably better at being a tree than perfectly serviceable ash or beech. I drove them because I loved them, and I loved them because they were shit and slow and interesting and had that indefinable thing, that gold dust that sometimes car makers still manage to magically conjure out of their corporate processes: character.

So, the new Defender. What a task! No matter what they get used for, every single Range Rover Evoque or Land Rover Discovery, every Disco Sport or full-size Rangey carries the weight of the brand of Land Rover, and that brand was built by the Defender. This car is the cornerstone of the entire Land Rover/Range Rover edifice, the final, inalienable proof-point. They can be as modern and effortless as they like, but the nameplate that carries the brand’s payload is Defender. There is no margin for error here.

In the seat, you’re faced with a cockpit that seems to have the perfect balance of quality and hardiness. It’s a different universe to the Kgosi Mampuru II C-Max interior of the old Defender, but you wouldn’t stretch to calling it “premium” either. There’s an attractive and functional touchscreen interface – the best JLR incarnation I’ve used – and a digital dash, but it all looks hardwearing and solid. Seat fabrics look robust and mud-resistant.

I drove a “First Edition” model that, with accessories, goes for a slice under R1.4m, but I’m not going to discuss the various bits and pieces nailed to this particular car other than a set of monster-truck 20-inch off-road tyres, which droned somewhat on the open road.

To drive, the two-litre, four-cylinder Ingenium diesel motor is powerful enough (177kW) and reasonably frugal. It’s a big car – a seven-seater, small humans only in the rear – and I can imagine that when fully loaded you might wish you had a bit more shunt. Electric propulsion would transform a car like this and dispense with issues of power and emissions. In any case, we loaded up the kids and Adventure Grandma for a blast into the Karoo and, noisy off-road tyres notwithstanding, there was enough get-up-and-go for the long road.

Tempting as it is, I will not compare the New Defender with the old one. It’s just kind of obvious and unhelpful. The Defender’s real competition is modern 4x4s, including the Toyota Prado and others. In that company it is peerless on the tar. It’s just a brick, as though it uses the sheer weight of history to bludgeon crosswinds and other irritations into submission. It’s even reasonably amusing to steer, tracking faithfully and simply. It’s good to drive a long way.

Taking to the dirt, it’s authoritative, to say the least. This car, with air suspension and every imaginable electric gizmo, only gave me legal, not mechanical reasons to slow down. It’s just a monster on a dirt road. Taking to a rough 4×4 trail, the Defender devoured everything in its path, including scrambling over loose rocks and steep, dusty approaches.

The car is so jaw-droppingly competent off-road, you have to wonder where you’d need to go to really test its full capabilities. I hammered it over a Karoo shakedown, and the car – and those extraordinary Goodyears – kind of laughed it off.

The Defender sits on a stiffened version of JLR’s D7 scalable “Premium Lightweight Architecture” platform. That means the body feels super-tight, and there was nary a creak or a rattle through the axle-twisters at our desert proving ground, but also that the car feels drivable like the other Jaguar and Land Rover models that share the platform. Everything is spot on – body control, noise suppression and comfort are up there with the best.

As for those who complain that the car is no longer even vaguely utilitarian, I have some sympathy. I would love to see a more affordable stripped-out model with manual aircon and no digital screens and simple steel wheels. Perhaps they will, but in case the Landy nuts haven’t been watching, Land Rover hasn’t ploughed that field for a very long time, and will never be able to match its modern brand with the kind of utilitarian agricultural harshness of a modern bakkie, or its booted SUV spinoff, and come close to getting the price right.

So, to the elephant in the room: have they done it? Hell, yes. They’ve blitzed it by not bothering with Series Land Rover nuts like me wittering on about “character” and other nonsense. They’ve built a phenomenal modern SUV capable beyond any meaningful test of it. They’ve squared up to one of the toughest challenges in recent automotive history and have gone in hard. You have to admire not just execution, but also the courage. DM168 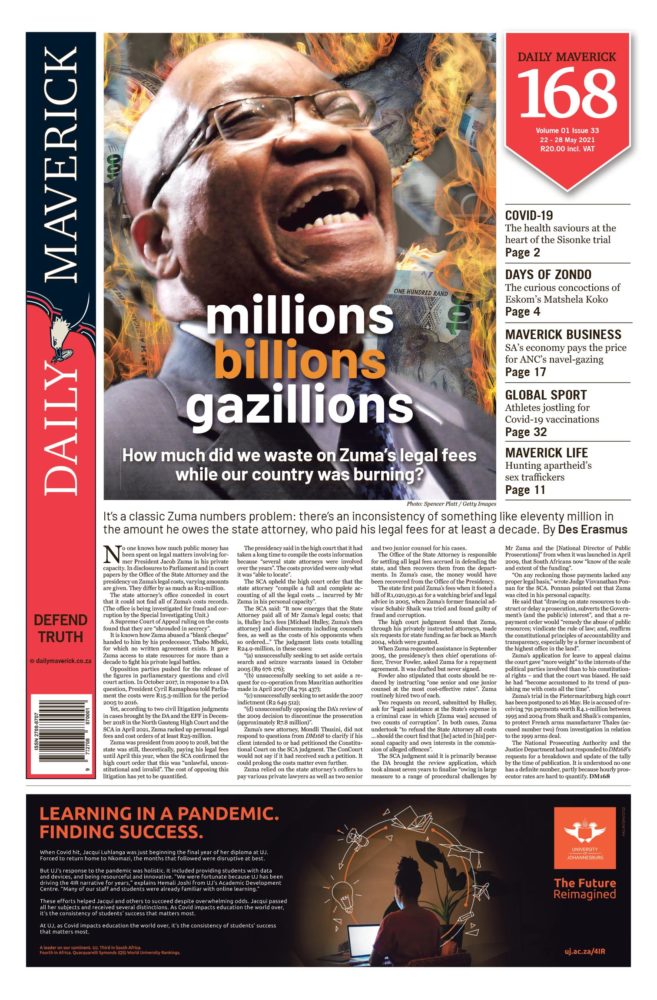