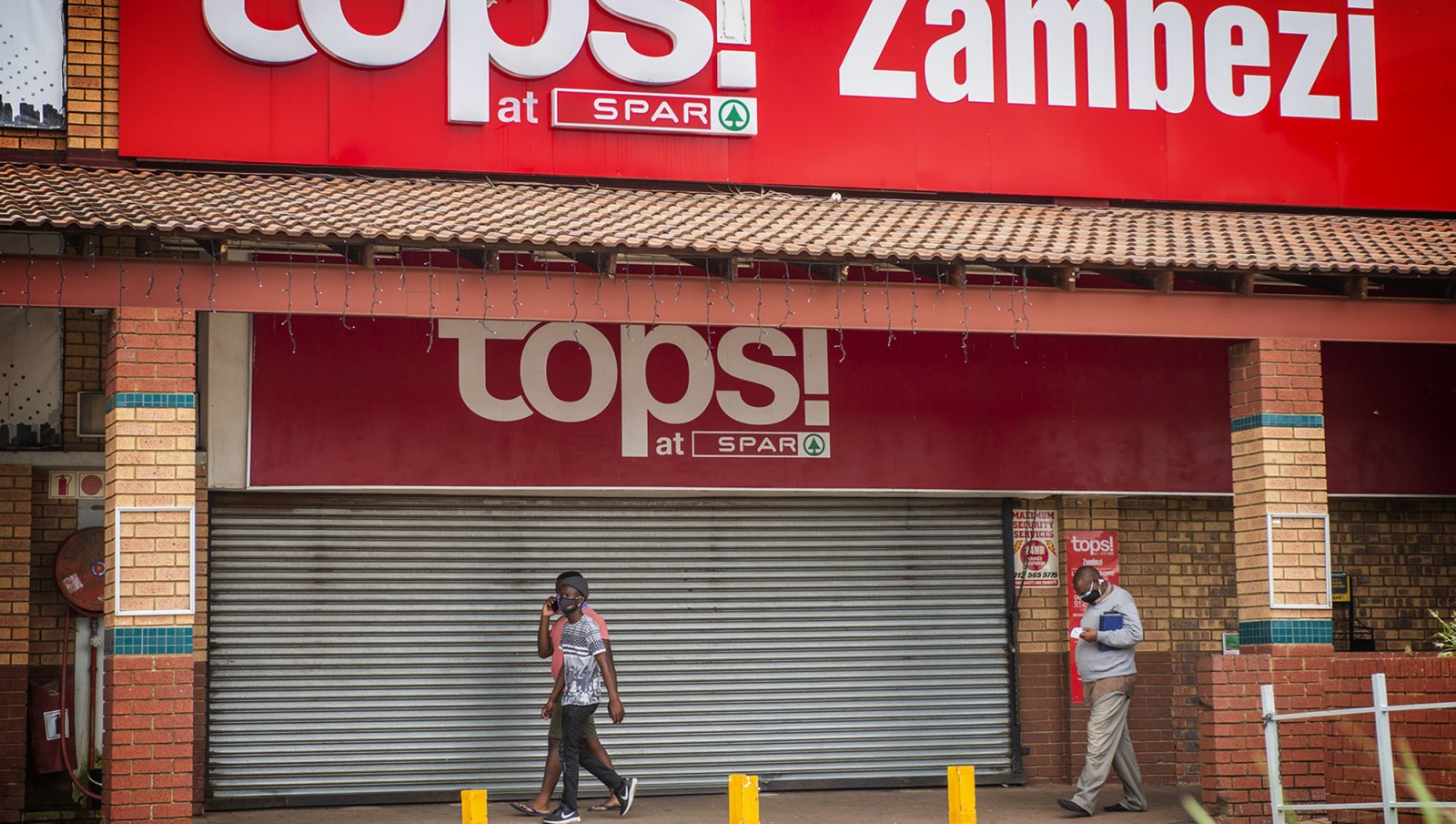 Liquor chain Tops at Spar recorded a 7.8% decline in sales after it lost 72 trading days due to alcohol bans. (Photo: Waldo Swiegers / Bloomberg via Getty Images)

Tobacco restrictions stubbed out cigarette sales while alcohol sales are also down as Spar’s international operations in Ireland and Switzerland race ahead.

Spar says cigarette sales have yet to recover from last year’s tobacco ban, while the most recent alcohol restrictions have also held back first-half sales. However, its international operations are racing ahead, delivering strong sales numbers for the six months to end-March.

The wholesale and distribution group said turnover growth of 3.1% at Spar Southern Africa continued to reflect weaker consumer spending and disruptions to its liquor business. Wholesale turnover growth of 3.1% also came off the high base set in March 2020 as consumers stocked up in advance of the first Covid-19 lockdown. Its grocery business grew turnover by 0.8%, while liquor chain Tops at Spar recorded a 7.8% decline in sales after it lost 72 trading days due to alcohol bans.

Spar said cigarette sales were severely affected by last year’s tobacco ban, with no meaningful recovery since restrictions were lifted, resulting in a 13% decline in turnover.

Hardware business Build it continued to outperform expectations, with sales of building materials increasing by 26%. It said consumers in this market remained surprisingly resilient and continued to invest in home improvements.

Apart from the base effect of pantry loading prior to last year’s hard lockdown, Chantal Marx, head of investment research at FNB Wealth and Investments, said Spar may also have lost market share to competitors as consumers returned to shopping centres or shopped online, where it doesn’t have a presence.

“I think in SA Spar has been particularly hard hit by liquor bans as Tops had 40% fewer trading days than planned in the six-month period,” Marx said.

“The second half should show a sharp improvement here in the absence of liquor bans as harsh as what we saw during the second half of last year [March through September].”

The group’s BWG Foods business in Ireland grew turnover by 13%, and 3.3% in euro terms. Other than its stores located in city centres and business parks, it said all retail brands continued to perform strongly as consumers supported their local community stores during the extended lockdown while Ireland experienced its third wave of the pandemic.

Spar Switzerland reported a 22% increase in turnover in rand terms and 11% in Swiss francs. It said the region continued to experience the impact of the Covid-19 pandemic, with ongoing lockdown regulations. Neighbourhood Spar retailers had benefited from consumers choosing to shop locally rather than at the large malls.

In Poland, the Piotr i Pawel supermarket chain it bought in November 2019, now rebranded as Spar Poland, made steady progress after a restructuring and reorganisation process took longer than expected, partly due to Covid-19. However, it had made steady progress as its business rescue proceedings were finalised, growing turnover by 32% in rand terms and 27% in local currency and reporting a smaller operating loss.

“Poland still detracted from the result, but I think could continue to improve this fiscal year as the management team executes on its strategy for the business,” Marx said.

“We will also see an improvement in SA as the second-half base is very weak. This could to a certain extent be offset by less convenience shopping as economies open up in Switzerland and Ireland in particular, although there are still operational levers to pull in Switzerland and summer is a seasonally stronger trading period, which could limit the impact of a normalisation in trade somewhat.”

“The impact of Covid-19 in the short to medium term remains uncertain and trading conditions are expected to remain challenging,” Spar said.

“Across all regions, the third quarter of the financial year will be impacted by the base effect of the prior year, which saw an extraordinary boost in grocery wholesale turnover due to a surge in home consumption, with consumers staying home due to lockdown regulations from March 2020 onwards.

“Conversely to this, certain categories in southern Africa and revenue streams in the foreign regions will benefit from the effect of a low base.” DM/BM