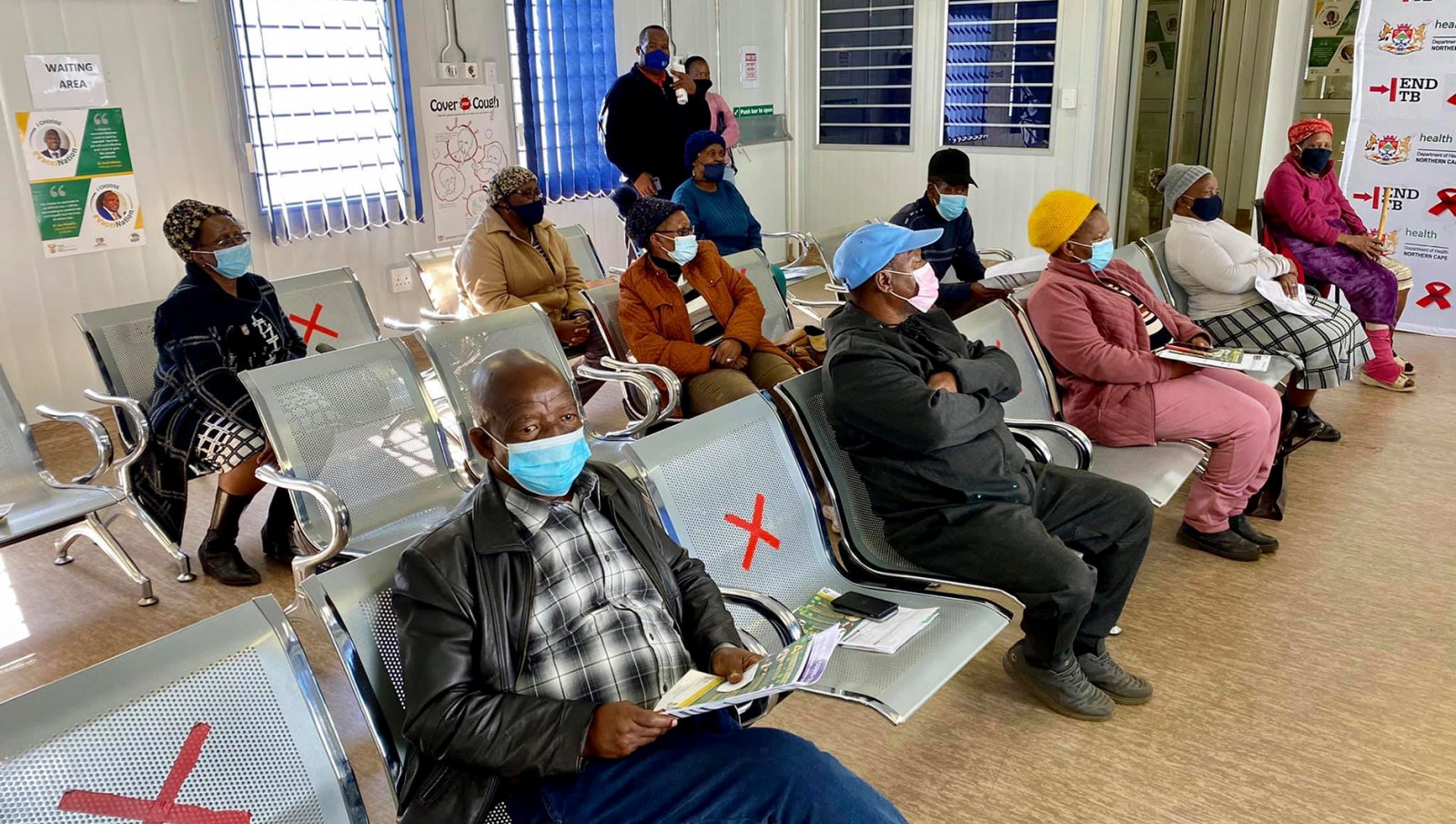 Vaccine walk-ins while people await their SMS calls erodes trust in the state and trust among citizens. (Photo: Northern Cape Department of Health)

In Gauteng, Dis-Chem said the first week of the roll-out was a good learning experience ahead of the opening of its mass vaccination sites. It administered about 3,800 doses in the first week, according to the company’s national clinic manager, Lizette Kruger.

On Tuesday, Dis-Chem opened five mass vaccination sites which are able to administer up to 700 doses a day. These are in malls in Gauteng and do not yet accept walk-ins.

The company hopes to have a system “up and running” by Thursday to manage walk-ins, Kruger said.

More sites will be added next week — two in the Western Cape, one in the Eastern Cape, two in KwaZulu-Natal and one in the Free State.

Meanwhile, Free State vaccinated 28,212 people between 17 and 24 May. So far, 66,273 people in the province have registered to be vaccinated. A second vaccination site was opened in Mangaung on Tuesday at the Universitas Academic Hospital. DM/MC