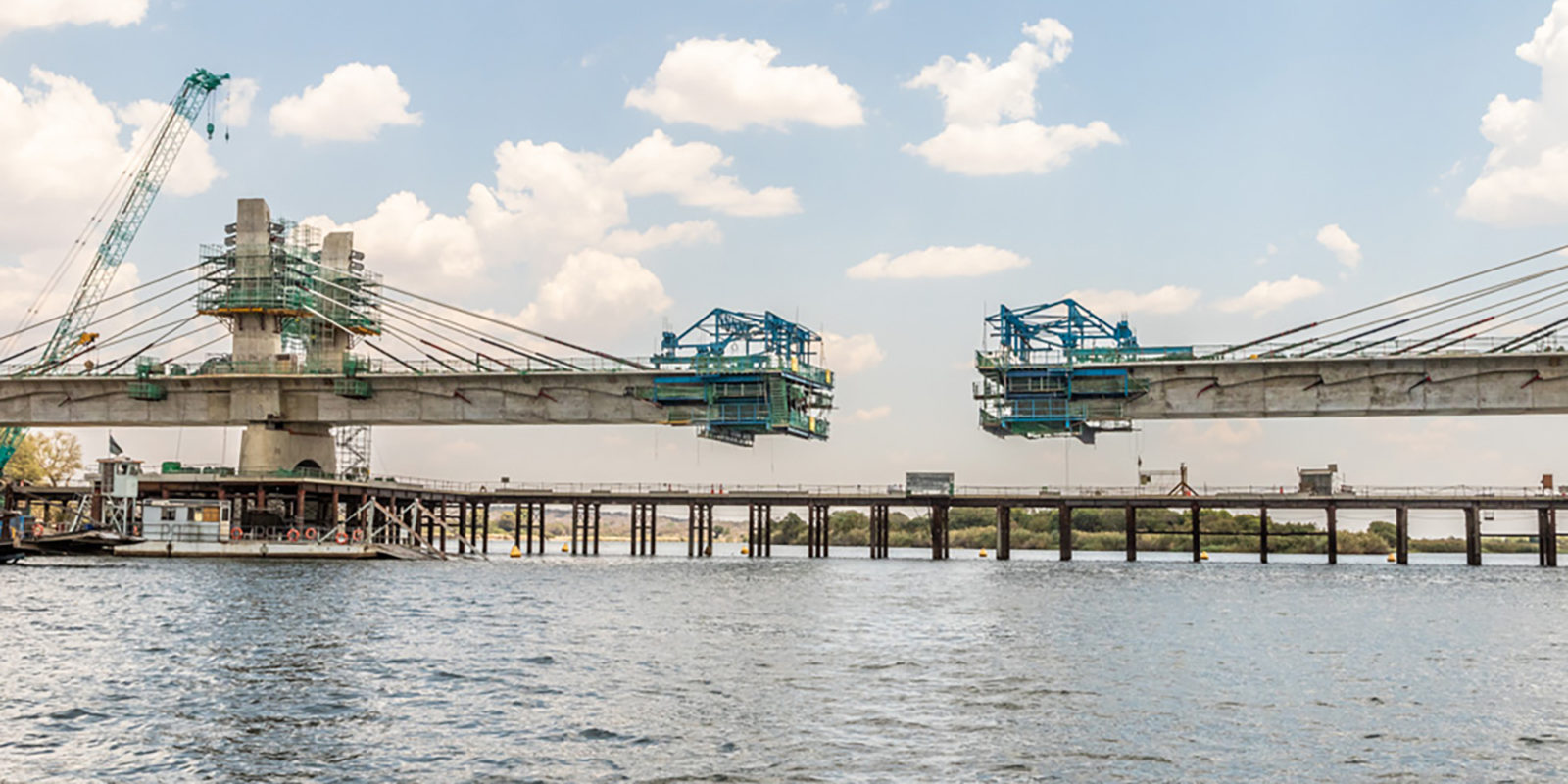 The Kazungula Bridge over the Zambezi under construction. (Photo: Flickr / John R. Chandler)

Trade within Africa is of better quality than its trade with the rest of the world. The African Continental Free Trade Area can potentially help African countries transform by expanding domestic productive capacity, enabling them to move up the value chain and diversify local and export production.

Dianna Games is Chief Executive of Africa @ Work. This is an extract from the paper ‘The African Continental Free Trade Area: A Pipe Dream or Silver Bullet?’ published by The Brenthurst Foundation.

In May 2021, the Kazungula Bridge across the Zambezi River linking Botswana and Zambia was opened by the presidents of the two countries. The construction of the bridge, which replaces the longstanding, slow ferry service across the river, means trucks on regional routes can now cross the river in a few hours, or less, rather than the previous three days to a week. It also means they can avoid using the biggest crossing between the ports and factories of South Africa and the rest of southern Africa, Beit Bridge, which is also one of the most congested borders in Africa. A one-stop border post at the bridge will allow easier thoroughfare.

This project embodies the benefits that good infrastructure and joined-up bureaucracy offer regional trade, both of them generally in short supply. More than 250 trucks a day should be able to cross the Zambezi instead of the handful that were able to cross before, bringing down costs, increasing the security of cargo and providing an alternative route for trade to the sea for inland markets.

It is not without potential pitfalls. One is the congestion that is likely to develop at Martin’s Drift border post, currently an alternative to the main border post at Gaborone into Botswana, as demand increases. And sections of the roads along this main trade route, an integral part of the North-South Corridor, are in urgent need of repair, for example, several hundred kilometres of a two-lane highway through Botswana to Kazungula, with eroded shoulders, deep potholes and livestock roaming the unfenced verges.

Travelling by road across Africa can be a sobering experience, characterised by delays, inefficiency and overzealous bureaucracy. There is a range of literal and figurative potholes that are major constraints to trade. Even as trucks battle with bad roads and congested border posts, they also need to navigate a host of other issues such as roadblocks designed mostly to extort money from drivers. Transport costs make Africa one of the least competitive regions for exports and trade.

The continent’s import dependence and colonial trade patterns are reflected in traffic movements — trucks laden with minerals and other raw materials heading for the sea, returning either empty or loaded with imports.

This is the reality that faces Africa as it unrolls its flagship project, the African Continental Free Trade Area (AfCFTA), which started trading under the agreement in January 2021. The initiative brings together a potential market of more than a billion people and has a lofty ambition of increasing intra-African trade from under 20% currently to more than 30% in just a few years by attracting investment into manufacturing, agriculture and other sectors and building regional value chains.

Intra-African trade is well below that of other regions such as Europe (68%) and Asia (59%) despite years of trade facilitation, the existence of a raft of free trade areas and customs unions and high growth in many economies.

According to the United Nations Conference on Trade and Development, trade within Africa is of a better quality than its trade with the rest of the world. The former has higher manufacturing (46.3%), and medium- and high-technology content (27.1%) as well as more product diversity than the latter. By extension, therefore, the free trade area can help African countries transform by expanding domestic productive capacity, enabling them to move up the value chain and diversify local and export production.

The potential loss of $4.1-billion in tariff revenues for national governments is expected to be offset by increased employment and better use of domestic resources to increase production of new goods and services, among other benefits. In any case, tariff revenue losses are relatively contained for most African countries, given low levels of trade among themselves.

That is the theory. However, current realities are likely to counter the expectations that the AfCFTA is some kind of silver bullet that will transform Africa, sweeping away decades of embedded dysfunction and challenges. The spirit of free trade is well represented at public forums across Africa. But policies and actions at a national level tend to paint a picture that is characterised by a failure of leaders to implement the agreements they sign up to once the fanfare has died down.

Undoubtedly, the AfCFTA has enjoyed significant political commitment to date and there are rafts of trade bureaucrats hammering out the details behind the scenes. But it is not starting from scratch. The continent is amply covered by eight officially recognised Regional Economic Communities and many of the technical issues have already been dealt with in existing free trade areas. Covid-19 may have ushered in many new problems for countries to tackle, but it has also provided an inflexion point for policymakers to decide whether it will be business as usual once the pandemic abates, or whether more effort will be applied to making economies more self-sufficient and resilient.

The AfCFTA is not an event, but a long, slow and complex process that will take years to gain traction, given the scale of challenges on the ground that may undermine its progress and potential. But it has undoubtedly created a framework for change and given the possibility of a better new continental momentum. As the Secretary-General of the AfCFTA Secretariat based in Ghana, South Africa’s Wamkele Mene, says, “I don’t want anybody to be under the illusion that this is going to be easy. It’s going to be difficult. But we’ve got to do it.” DM

Dwayne "The Rock" Johnson is an ordained minister.

Where strategy and security meet: The key to success for SA businesses

Meet ‘Asia Czar’, the Joe Biden adviser who appears to want a Cold War with China