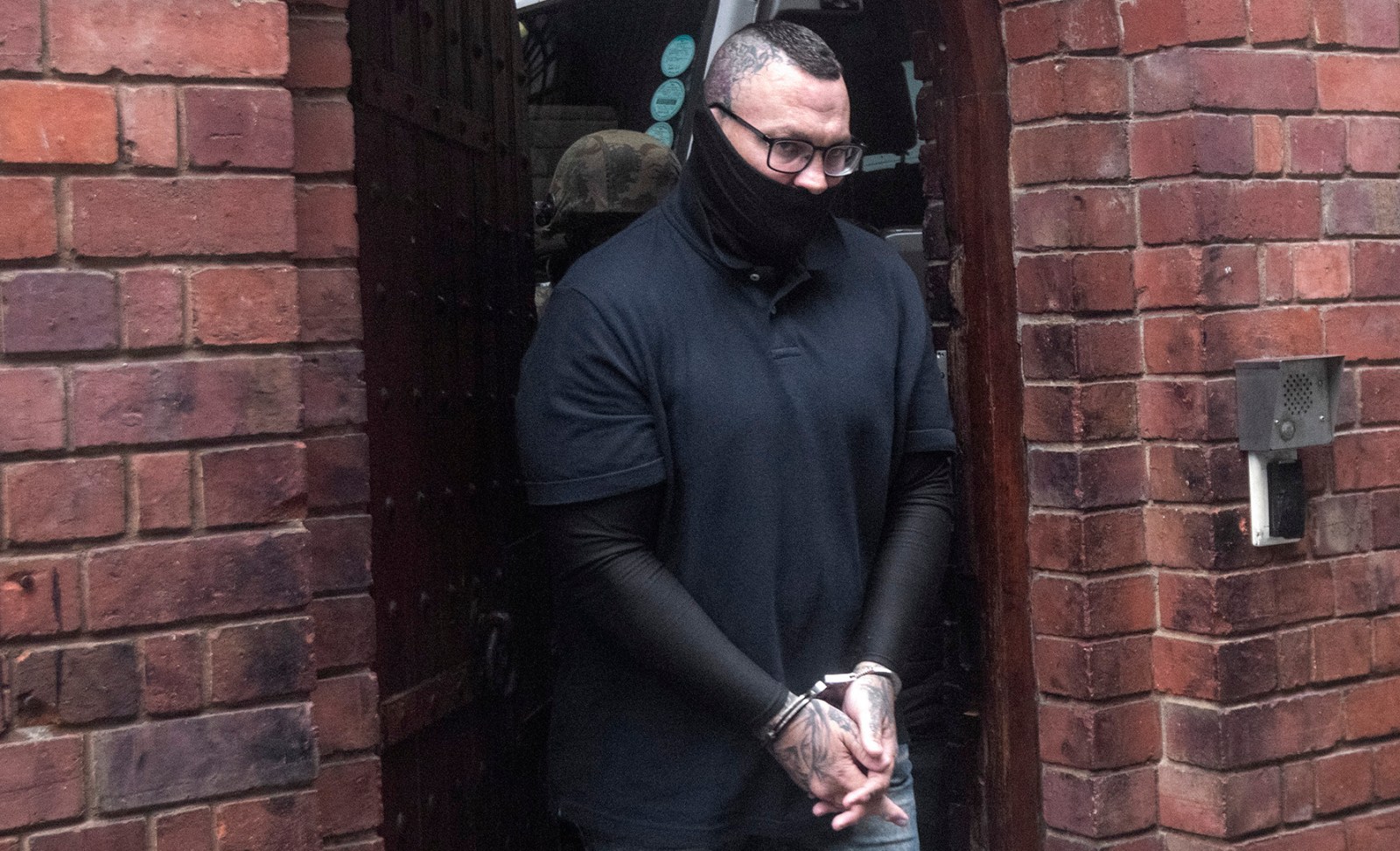 The dismissal of former rugby player and murder accused Zane Kilian’s appeal against his bail refusal means he will remain behind bars until his trial begins.

Zane Kilian is one of the accused in the September 2020 assassination of former Anti-Gang Unit (AGU) section head Lieutenant-Colonel Charl Kinnear in Cape Town. One of Kilian’s co-accused is alleged underworld kingpin, Nafiz Modack.

Although Kilian was not the person who shot Kinnear in front of his house in Gearing Street, Bishop Lavis, on 18 September 2020, the state contends that Kilian’s electronic surveillance of the detective’s phone played a vital role in the execution of his murder.

Factors taken into consideration by Saba in denying Kilian bail included his failure to prove that exceptional circumstances existed to justify his release on bail, and that affidavits handed in by Hawks investigators indicated that he had interfered with state witness Bradley Goldblatt, who provided Kilian the platform to ‘ping’ Kinnear’s phone.

On 18 May, argument for bail refusal was presented before judge Binns-Ward. Kilian’s legal representative, advocate Marius Botha, argued that the magistrate’s ruling should be overturned while state prosecutor, Greg Wolmarans, asked the court to ratify the ruling.

Botha focused on 15 errors he said magistrate Saba had made in denying his client bail, including that the state’s case was weak and based on circumstantial evidence.

However, Binns-Ward underlined that the magistrate had not been called upon to determine the guilt or innocence of the appellant, adding that this would be the function of the trial court.

“I do not think that the magistrate was wrong in being unpersuaded that the appellant had shown exceptional circumstances justifying his release on bail in the interest of justice,” his judgment read.

Binns-Ward added that he found Saba had been justified in finding that the evidence provided by Kilian in support of his bail application “was riddled with improbabilities”.

On the 15 irregularities or misdirection identified by Kilian’s defence, Binns-Ward said while he agreed that the magistrate might have misconstrued the evidence “in certain regards”, the appeal could only succeed if the court came to the conclusion that the magistrate’s decision to refuse the application was wrong.

Looking at the evidence, Binns-Ward noted that Kilian had pinged Kinnear’s phone on 2,408 occasions and that the accused had denied he had given contradictory versions to the police.

On Kilian’s denial that he played any role in organised crime, the judge said “this denial rings hollow having regard to his documented activities”.

“His endeavour to revert to the version that he thought he was tracking all the individuals that he pinged for the purposes of debt collection and the recovery of motor vehicles was risible,” the judge said.

Another bone of contention was the R5.3-million deposited into Kilian’s account between 2 March 2020 and 26 September 2020, and the balance of R7,000 left in his account at the time of his arrest on 23 September.

Binns-Ward found that Kilian had failed to deal at all with the evidence that large amounts of money were paid into his bank during the period that he was intensively pinging the phones of Kinnear and defence attorney William Booth, who was also subsequently the target of an attempted hit.

The court also placed considerable emphasis on the affidavit of state witness Bradley Goldblatt, handed to the Bellville Regional Court.

In his affidavit dated 21 October 2020, Goldblatt referred to an incident during which a “panic-stricken” Kilian had phoned him on Sunday, 20 September 2020, to ask to be deleted from LAD and Marisit – the platforms Goldblatt ran.

This was denied by Kilian in his replying affidavit. He said that at the time of the alleged phone call, 40 Hawks officials were in his house and there was no way he could have called Goldblatt.

It is inconceivable that even an innocent person in his position might have made the request; he directed Goldblatt in panic when the police descended on him. I would have expected that an innocent person would make a clean breast of things once he had discovered that the police knew about the telephone conversation and had the opportunity to reflect on his position.

Goldblatt admitted that he ran the business which provided the software to the applicant enabling him to ping the cellular phones of third parties. Goldblatt met Kilian in November 2018 when Kilian approached him to obtain a system that would assist him in doing bank repossessions on vehicles.

Goldblatt received an alert on 1 September 2020 that Kilian was repeatedly pinging certain numbers. He discovered Kilian was pinging the phones of Charl Kinnear and William Booth and alerted the police.

Goldblatt further claims that a day before the assassination of Kinnear, Kilian had made frantic efforts to contact him to purchase additional pings.

Considering Goldblatt’s evidence, judge Binns-Ward found that factors strongly in support of Goldblatt’s credibility were that it was he who had first contacted the police, more than two weeks prior to Kinnear’s murder.

The judge further underlined the significance of Goldblatt’s evidence which stood as proof “of the appellant’s propensity and readiness to interfere with the evidence given the opportunity”.

“It is inconceivable that even an innocent person in his position might have made the request; he directed Goldblatt in panic when the police descended on him. I would have expected that an innocent person would make a clean breast of things once he had discovered that the police knew about the telephone conversation and had the opportunity to reflect on his position,” said Binns-Ward.

Another issue raised by Kilian’s counsel was that electronic evidence implicating his client had already been collected by investigators, saying there was no way in which Kilian would be able to destroy this.

Binns-Ward said: “That might hold true in respect of the evidence that has already been collected, but there is nothing to say that the state’s case against the appellant will rest entirely on the evidence gathered in the handset.”

The charges include the murder of Kinnear, conspiracy to commit murder, the failed hit on lawyer William Booth on 9 April 2020, extortion, money laundering, corruption and contraventions of the Electronic Communications and Transactions Act and the Prevention of Organised Crime Act.

Should Kilian use that hearing to again apply for bail, the prosecution is likely to use judge Binns-Ward’s judgment against him. It will be a tough hurdle for Kilian to overcome.

Ricardo Morgan is already out on bail of R50,000 and on Wednesday, 26 May, the Parow Regional Court will rule on the bail application of Amaal Jantjies. DM/MC