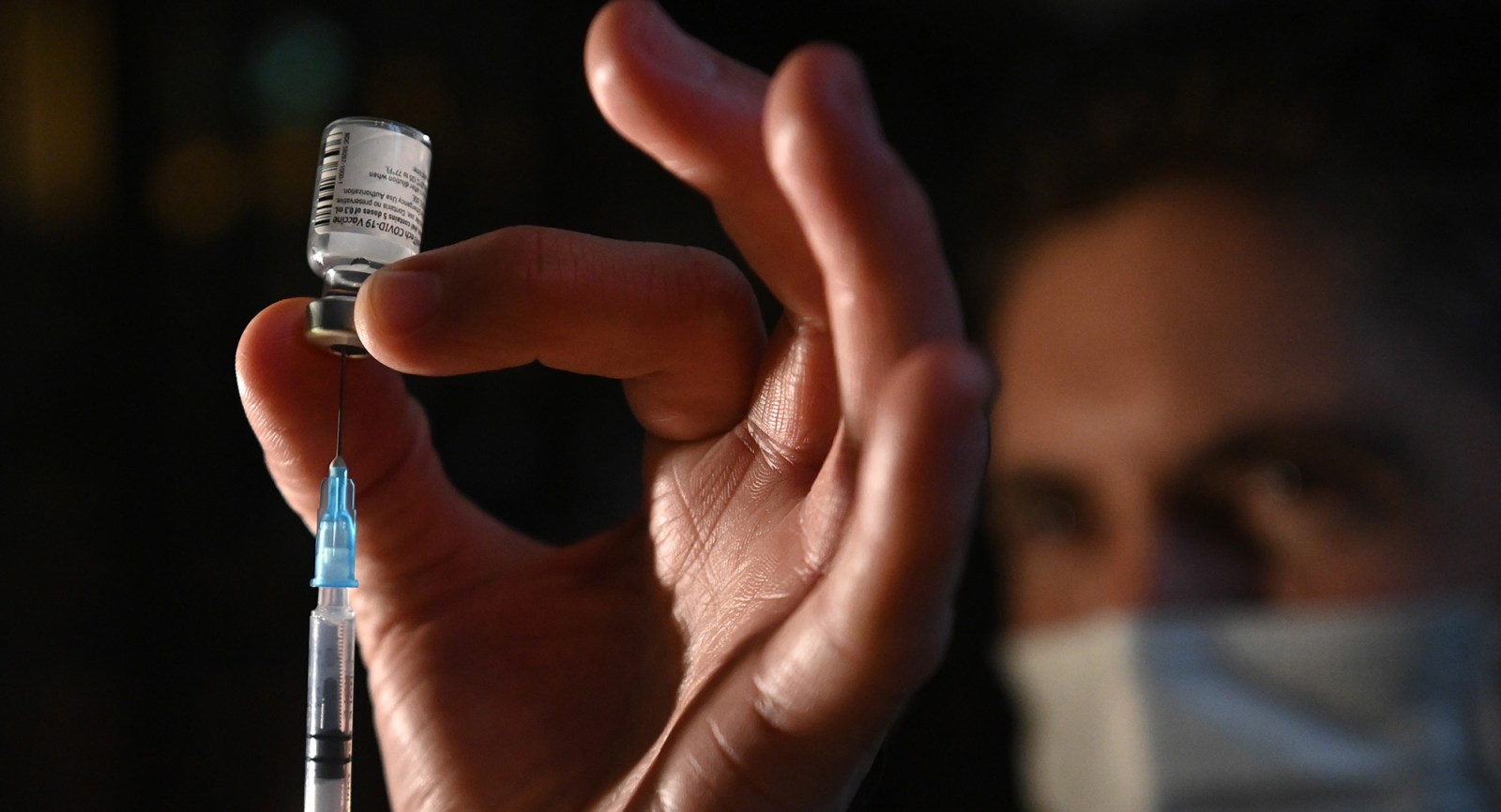 New data confirm the lifespan of a Pfizer Covid-19 vaccine in a bar fridge is 31 days, not five as originally estimated.

The South African Health Products Regulatory Authority has approved changes to the storage conditions for the Pfizer Covid-19 vaccine, allowing it to be stored in a refrigerator for a month. This extends the shelf life of the doses six-fold – from five to 31 days – and will help to speed up the country’s vaccine roll-out because it means simpler logistics, cheaper equipment and less waste.

In a circular issued on 21 May, the Health Department instructed vaccination sites to follow the new guidance with immediate effect, also with regards to batches that have already been distributed.

The updated storage conditions follow similar approvals last week by the European and American regulatory bodies – the European Medicines Authority (EMA) and the Food and Drug Administration – based on new data provided by Pfizer.

South Africa has received four batches of Pfizer vaccines so far, bringing the number of doses to about 1.3 million (each person requires two shots), according to the Health Department’s delivery schedule. The country will receive an additional 636,480 doses each Sunday night in June, Health Minister Zweli Mkhize said on 16 May.

The roll-out will eventually also include the Johnson & Johnson (J&J) vaccine, once a verification process by international regulators has been concluded, which will allow the Aspen pharmaceutical company’s Gqeberha plant to release South Africa’s first instalment of 1.1 million doses.

What do these changes mean for South Africa’s roll-out?

Phase 1B and Phase 2 of South Africa’s vaccine roll-out, which started on 17 May, use the Pfizer vaccine.

Pfizer’s jab initially presented one of the biggest cold-chain challenges of all the potential Covid vaccines, since it required ultracold storage. The vials arrive in specialised thermal shipping containers which use dry ice to keep the doses between -80 to -60°C. The vaccines can be kept at this temperature until their expiry date – an estimated six months. But keeping them at well below freezing requires expensive, special freezers.

An alternative, which South Africa has chosen to adopt in its own roll-out, is to keep the vials in a regular freezer between -25 and -15°C for up to two weeks. Pharmacists and site managers at vaccination sites then estimate how many vaccines a site will need for a particular week, thaw that number of shots and keep them in fridges (once thawed, they cannot be refrozen).

Up until now, the thawed vaccines could be kept in refrigerators for up to five days only. But with the new storage guidelines that period has been extended to 31 days.

This could help the country administer vaccines faster, save costs and avoid vaccines going to waste.

Why will the storage changes result in faster vaccinations and lower costs?

The new policy takes a lot of pressure off South Africa’s immunisation drive by simplifying the day-to-day logistics at vaccination sites, says Nicholas Crisp, who heads up Phase 1B and Phase 2 of the roll-out for the department.

For one thing, vaccination sites will be able to keep more Pfizer vaccines on-site at a time, and in fridges that are cheaper and easier to come by, he says.

This will decrease the burden on site managers, who would now no longer need to coordinate frequent orders of smaller batches.

Crisp says most site administrators in the public sector aren’t yet in control of the management of supplies at their sites, but as the roll-out continues they will have implemented systems to place orders for vaccines and other equipment such as needles to match the number of appointments they have scheduled for each day.

Some sites in Limpopo, the Eastern Cape and the Western Cape are already doing their own monitoring and most private-sector sites are also running their own scheduling, he says.

Crisp cautions, however, that though the new policy is being implemented immediately, changes to the logistics usually take a while to kick in, so people shouldn’t expect the benefits of the new storage requirements to be evident straight away.

Nevertheless, the more vaccines that are available at a site, the faster people can be immunised, explains Tanuja Gengiah, head of pharmacy at the Centre for the Aids Programme of Research in South Africa (Caprisa). “This [the new storage policy] will really make [the Pfizer vaccine] a lot more accessible and user friendly for people on the ground.”

The new guidelines will also help to avoid unnecessary waste, because the vaccines will no longer have to be disposed of if they’re not used within the planned five-day day time slot, Gengiah says.

But it’s important to point out that the new policy only applies to the short-term storage of unopened, thawed vials. To store the frozen vials for more than a month, the vaccines will still need to be kept in special freezers at -80 to -60°C.

Do the new storage requirements mean the Pfizer vaccine can now also be used in rural areas?

Because facilities in rural areas have less access to the special freezers, the department decided to use Pfizer vaccines at mostly urban sites. J&J shots that can be kept in a fridge for up to three months will be used at rural sites.

Crisp says that because the vaccine’s long-term cold storage requirements are still often out of reach for facilities in rural areas, and Pfizer vaccines have to be transported in frozen conditions, the new guidelines don’t automatically mean that they can now also be used in rural areas.

Because mRNA vaccines have to be transported at such low temperatures and are sensitive to temperature changes, moving them over long distances on rural roads that are often not well maintained is a risk the department would rather not take. “Take the Eastern Cape for example,” Crisp explains, “you wouldn’t want to go up and down those paths with a vaccine that’s so vulnerable in terms of temperature.”

Why do Pfizer vaccines need to be stored at low temperatures?

The Pfizer shot uses a new type of technology called mRNA to deliver a genetic code that instructs your body to produce proteins that mirror those on SARS-CoV-2, the virus that causes Covid-19. This allows your body to mount an immune response to target these proteins, which will continue to provide you with protection if you are exposed to the real virus later on.

One of the downsides to using this form of genetic material is that your body’s cells don’t necessarily like it, so the material needs a special type of carrier to allow the mRNA to get into your body’s cells. In the case of Pfizer’s vaccine, a lipid nanoparticle is used. This serves as an oil- or fat-based shell that encases and protects the mRNA, which can quickly degrade if exposed to warm temperatures.

So when a vial with the vaccine arrives, it contains these microscopic particles, which are too small to be seen by the human eye. These particles are then thawed and diluted using saline (or saltwater), which has to be measured carefully to get six doses out of a vial. A pack, or box, of Pfizer vaccines contains 195 vials – all of which need to be prepared and diluted at the vaccination sites before they can be administered.

Once the vaccine has been prepared, it also helps the mRNA become more stable, explains Caprisa’s Gengiah. This allows the doses to be kept at room temperature for longer than before the solution has been added to the vial.

The new temperature guidelines only apply to the vials before they have been diluted, so the updated policy doesn’t influence how long prepared doses can be kept in a fridge or at room temperature. After dilution, the vaccine can be stored at between 2°C and 25°C for up to six hours. DM/MC

This article was produced by the Bhekisisa Centre for Health Journalism. Sign up for their newsletter.