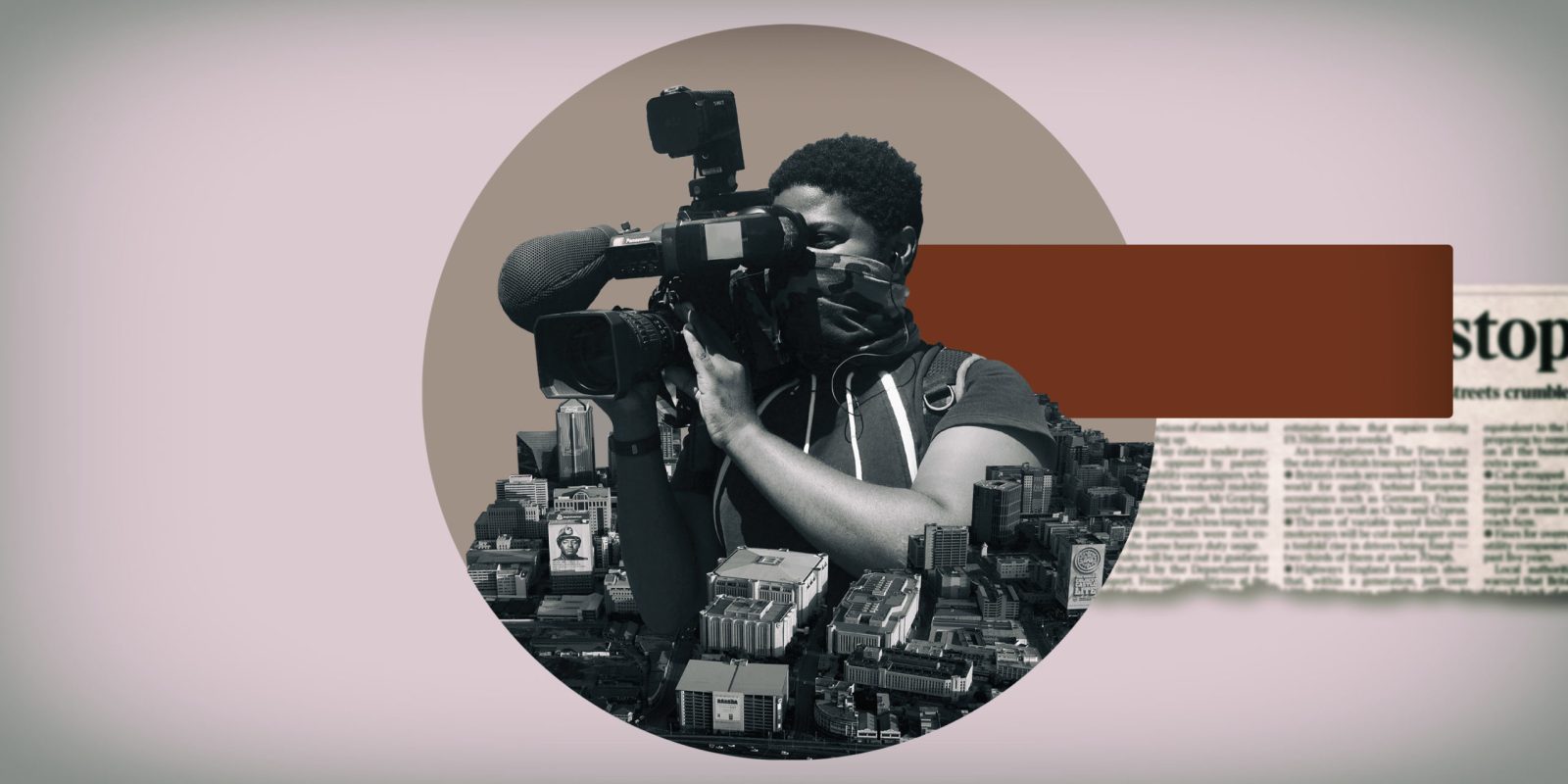 As the Covid-19 pandemic continues to wreak havoc in our country, those who seek to cause public harm have powerful tools of mis- and disinformation to do just that. This week, we look at the critical issue of trust and credible media.

The Real411 platform has been receiving complaints related to disinformation, hate speech, incitement to violence and harassment of journalists, since March 2020. Since then, the platform has received just under 1,400 complaints, the majority of which have been in relation to the Covid-19 pandemic.

The platform also receives complaints relating to a number of different themes. Complaint #1376 is the perfect example of disinformation. This particular complaint is of a message circulating on WhatsApp, displaying what seems to be a public service announcement from the “SAPD”.

This complaint, complaint #1375, is an example of the continued spread of conspiracy theories found on digital platforms.

As digital technologies continue to evolve and become more easily accessible, mitigating the challenge of sifting false information from credible, reliable information on digital platforms remains one of the most difficult tasks. It is because of this that it is more important than ever to be able to rely on credible institutions to provide accurate information, and for the public to rely on this accurate information to inform decision making.

In the DRC we meet health workers refusing to get the COVID-19 vaccine-
With so many unwilling to get inoculated millions of doses are either being given away or disregarded- Meanwhile the Indian variant is spreading – Our story on @AJEnglish pic.twitter.com/7npAtl9e7V

This piece on Al Jazeera is well worth watching, as it focuses on vaccine resistance in the Democratic Republic of Congo, where according to the report, only around 5,000 people out of 90 million have had a free vaccine. The report suggests similarly low levels of uptake in South Sudan and Cameroon. Our rates are thankfully nowhere near as bad in South Africa, with the HSRC and UJ research in January showing that two-thirds of people surveyed would take the vaccine. The Al Jazeera story highlights what can happen when there is a breakdown of trust between the state and the people. A health worker, talking about the vaccine, and why he won’t take it, is quoted in the story saying, “We don’t understand what’s in it or who it is for.” If a health worker has no idea, we can only imagine the levels of ignorance for the majority outside the health sector. The story also mentions how, in addition to the poor communication, the vaccine resistance is also emboldened by disinformation. Reference is made to grade A neo-colonialist doorknob French doctor who suggested they should test the vaccines out in Africa, which not only feeds disinformation but also racist stereotypes, which in turns fuels anger and distrust in vaccines.

On Trust: We know levels of trust in our government and media are not high. A 2019 Reuters Institute Digital News Report revealed a level of 49% trust in the media surveyed. With Covid-19 we have seen increased numbers of users going to credible media so the levels may be higher now, but we also know there have been significant disinformation campaigns at play as well. While the figure seems low, the author indicates that it is actually one of the higher levels in the Digital News Report surveys.

We also know that government’s communications have been strongly criticised. The launch of Phase 2 of our vaccine roll-out was a case in point, where with less than 24 hours to its commencement nobody seems to know the sites, and people hadn’t received any notification of their appointments.

It clearly can be better, but it is critical to note that for all the failures, our Minister of Health has frequently demonstrated a nuanced and in-depth understanding of Covid-19 and in the majority of instances has been guided by science. We have that and a President who, when we do have family meetings, speaks frankly about the challenges and what’s required. We stress we are not suggesting it’s enough, but the reliance on and communication of the science, and efforts to push and promote the vaccine, work to build trust in fundamental ways that have been absent in so many other countries on our continent. It also helps that we have dedicated news organisations focused on health filing and helping to explain what’s going on – again, in many nations media freedom is severely limited, which also undermines trust. We have a lot to do but a lot more going for us that we need to build on. What is clear is that where public trust fails, critical health projects like mass vaccination will also almost certainly fail. Thus, lack of trust doesn’t just undermine media freedom and democracy; it is a significant aspect of a failed state.

The second element is that in the countries mentioned in the piece their social media use and internet penetration and level of media freedom are very poor. Cameroon is the highest ranked at 135, followed by South Sudan at 139 and the Democratic Republic of Congo at 149 (South Africa is 32). The low levels of media access in these nations might on some level suggest that disinformation may be harder to spread, but when we consider the media restrictions and horrendously poor communication from the government in those nations, the gaps for disinformation to spread are more like grand canyon spaces waiting to be filled. The more disinformation there is, the more likely and the easier it is to spread even more. The endpoint is seeing the majority of people being resistant to good public health. It becomes a death spiral of being able to discern what’s real and what isn’t. Thus, we need to seek to mitigate and combat disinformation, but this goes hand in hand with public trust and credible media. When disinformation dominates it’s almost impossible to build trust, and when trust is built, then it is harder for disinformation to take hold.

We are all in this battle together and all have a role to play. If you come across content on social media that could potentially be hate speech, incitement, harassment, or disinformation, report it to Real411. DM

To make it even more simple, download the Real411 mobile app on Google Play Store or Apple App Store.