‘Nobody sees us’: Community outside Graaff-Reinet lives in fear after boys electrocuted by live cables 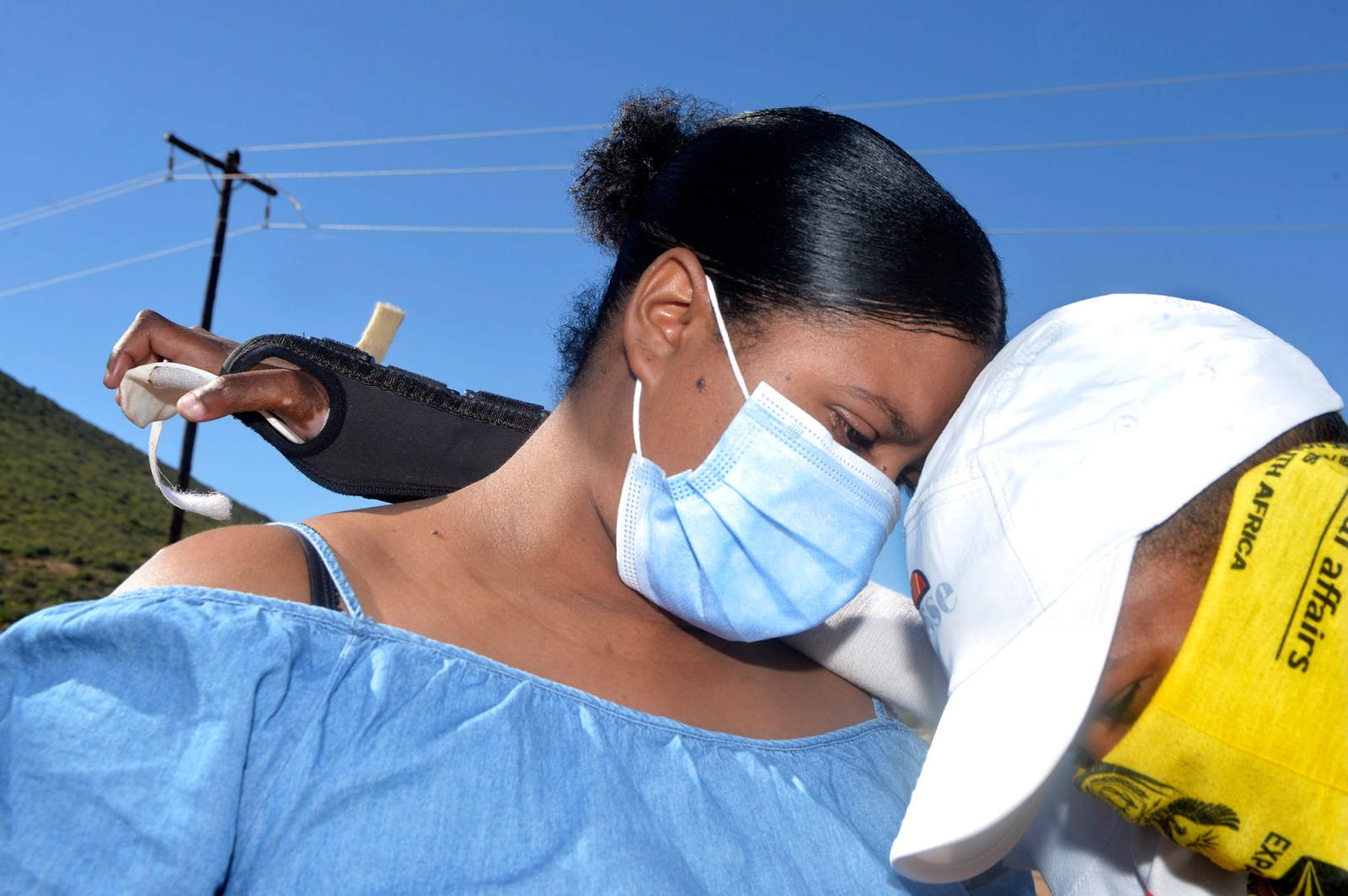 Veruschka Visagie and her son Richard. He has never spoken about the day he was electrocuted when trying to help a friend. (Photo: Deon Ferreira)

Riemvasmaak community is not connected to the electricity grid, so people are running illegal connections underground to their homes.

“The problem with the people of Riemvasmaak,” resident Dawid Hart says, “is that nobody sees us. It is like we are not here.”

For the past six or seven years, since he moved his family to the informal settlement outside Graaff-Reinet, mere survival has been a challenge. Two devastating fires have claimed the lives of three people and in July last year two boys who were trying to retrieve a kite from an electricity line almost lost their lives.

Since then the families have tried to help the boys carry on with their lives as they battle severe injuries, but the electricity line, running over an open field, still remains where it was.

It is this spot, the spot “where the boys burnt”, that residents of Riemvasmaak point out quickly. The electricity cables run past their homes but have never been connected.

“We borrow electricity from those who have. We pay them R400 or R300 to use theirs,” Dawid says.

Jakob Alexander has been living in Riemvasmaak for the past seven years. He doesn’t have a job. His wife died a few years ago and he is raising his son alone.

On 25 July 2020 his son, Brandon Karelse (15) and other children were playing with a kite in an open field near their home.

“The kite got stuck on the electricity line. There was a tyre there that had been burnt. Brandon took the wire from the tyre and tried to unhook it from the line. The children called me to say that Brandon [had been] burnt by the electricity cable. I ran. ‘Potjie Potjie!’ I shouted. That is my name for him. The bones on his hand were sticking out. I wanted to grab him but the people who were standing there said I must not touch him.

“The ambulance came and they took him to the hospital. That same evening they took him to Dora Nginza Hospital. He had burn wounds everywhere. Even his stomach was burnt. There was a hole in his shoulder where the current came through.”

For two months Jakob could not see his child, because Covid-19 regulations prohibited him from visiting.

Brandon lost part of his arm.

Eskom has issued several warnings in the past about playing with kites under high-voltage lines.

“But where must the children go? That is the only place they have,” Jakob says.

“Brandon is back in school now. He had to learn how to write with his other hand. He gets scared if he even sees a kite. We are getting a grant for him. I take him to the hospital for his check-ups when the nurses say we must come.”

“Our power went off,” says Richard’s mom, Veruschka Visagie. The family lives in Geluksdal, a housing development across the road from Riemvasmaak. “We [had just come] back from the farm. The children called me and I just saw him lying there. People were screaming at me not to touch him. I could just watch,” she says.

She cries at the memory of that day.

“I saw there was spit coming out of his mouth. He was just lying there. When the ambulance came they said his heart was still beating. He was unconscious for a while. When he woke up he first recognised his dad. It took him a while to realise who I was.

“He had burns on his hands, his head, his back, his legs and his foot,” she adds. “We [got] a huge fright that day.

“He never speaks about what happened on that day. I must take him back to the clinic tomorrow,” she says.

She says Richard went back to school this year and he was “getting along”.

But Dawid adds that it is not only the kite incident that makes them fear for their children.

Because their community is not connected to the grid, people are running illegal connections underground to their homes.

“Every election someone will come here promising us electricity,” says Dawid. “But now they want us to pay R7,000 for an electric box. This is what poverty looks like… People here – 10 or 12 of them use one electricity box. It is too much. But what can you do?

“Exposed cables will get wet when it rains and if a child steps on them, it will be ugly,” Dawid says. “We fear for our children.”

At the end of April, Miemie Bantom (81) burnt to death in her shack. “We think that it might have been a lamp or a candle, as she didn’t have any electricity,” community leader Sias Smith says. “If she had electricity this might never have happened.”

Neither the Dr Beyers Naudé Local Municipality nor Eskom responded to a request for comment. DM168