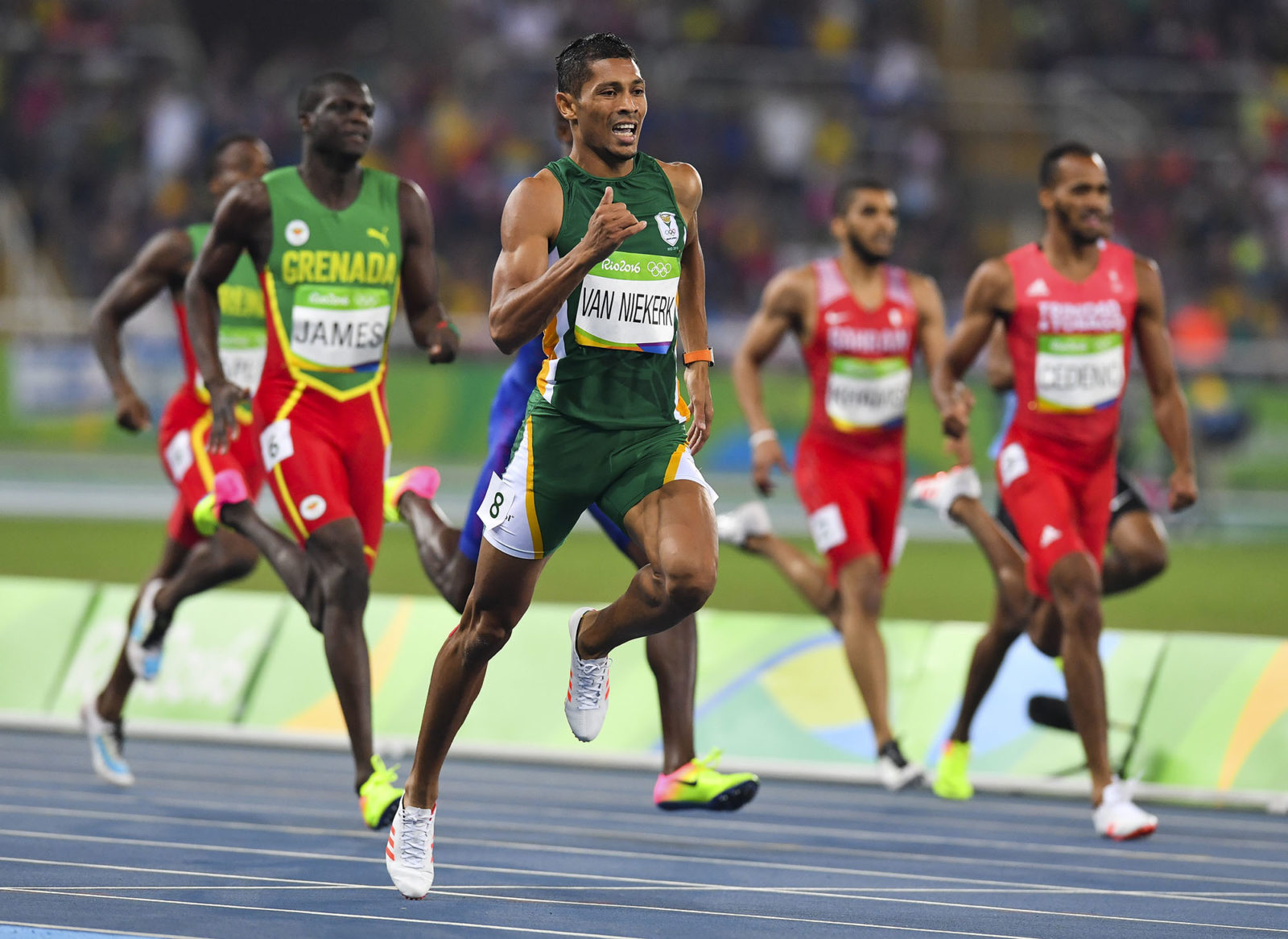 Top athletes, given their lower age group and general good health, remain at the back of the queue for the jab, but getting it would remove hurdles to national and international tournaments.

One top South African Olympic medal hopeful was so concerned that his dreams of competing at the Tokyo Olympics might be shattered, because he didn’t qualify for a vaccination, that he considered getting it overseas.

Yet the organisers have not made it compulsory for visiting athletes to be vaccinated, and there is a deal with pharmaceutical giant Pfizer to administer shots to those athletes and officials who need it.

The quest for a vaccination against Covid-19 among some of the fittest and healthiest people on Earth has become almost as intense as the pursuit of sporting excellence. If every athlete were vaccinated, sporting events would be far easier and less costly to run.

But athletes are low priority in the queue for vaccinations when pitted against the elderly and less healthy.

The upcoming series between the world champion Springboks and the British & Irish Lions would be far less risky if the members of both squads were vaccinated.

Lions coach Warren Gatland, who is 57, has been vaccinated, and the management has made formal requests that the full squad also receive a shot before touring South Africa.

SA Rugby has also made enquiries about the Springboks being vaccinated. The world champions are about to embark on a 14-Test international programme.

The Boks play seven Tests at home against Georgia, the British & Irish Lions and Argentina before taking on the Wallabies and All Blacks in Australia and New Zealand later in the year. A tour to Europe in November is also on the schedule. It would be much easier from a quarantine and travel perspective if they were vaccinated.

“There are two major implications of athletes receiving the vaccination,” respected sports doctor Shuaib Manjra told DM168. Manjra is the Proteas’ doctor, but has also been the chief medical officer of the South African Olympic team.

“The first is that the biosecure environment becomes, well, more biosecure,” he says. “Those athletes would have ‘herd immunity’ and it would be a group of people less likely to transmit or contract the virus.

“It would not eliminate the risk of infection completely, but it would reduce it massively. There is a high percentage of efficacy with vaccines, even though [they are] not 100% effective… But within a cohort of players who are vaccinated, it would allow us, as medical authorities, to be more liberal in terms of what we permit the players to do in that biosecure environment.

“The second benefit to athletes being vaccinated is how it would ease problems around international travel. England, for example, [is] lifting travel restrictions on people who have been vaccinated and other countries are reducing the quarantine restrictions on those [who] have had the shot.

“It makes the logistics of managing a bio­secure environment a lot easier.”

The South African Sports Confederation and Olympic Committee (Sascoc), which is in charge of the Olympic squad for Tokyo, has also been investigating options for athletes.

In another twist, underlining how vaccinations might become a political tool in the world of sports, the Russian government has offered the Sputnik V vaccination to all African countries heading to the Olympics.

This despite the fact that the Russian team was banned from all international competition for two years (on appeal) by the Court of Arbitration for Sport in Lausanne last year, because of systematic doping in that country. Cynics might view the offer as a PR stunt.

Under the ban, Russia’s flag, name and anthem would not be allowed at the Tokyo Games or the Beijing Winter Olympics in 2022 but, in reality, Russian athletes not implicated in the doping scandal can still compete under a neutral flag.

South Africa’s Deputy Sports Minister, Nocawe Mafu, confirmed the Russian offer at a portfolio committee meeting last week. “From what I understand with Sputnik is that Africa and SA are busy with the acceptance agreement and that process is in progress‚” Mafu said.

“I know for a fact that the only reason Sputnik V is not yet in the country is because there are processes of testing to see that it meets the requirements of the South African government. If the vaccine is passed there is no reason Sascoc and everybody will not use it.”

The International Olympic Committee (IOC) is so desperate for the Tokyo Games to go ahead that it has secured a “donation” of vaccines from pharmaceutical giant Pfizer for all athletes un­able to get jabs in their home countries.

“This donation of the vaccine is another tool in our toolbox of measures to help make the Olympic and Paralympic Games Tokyo 2020 safe and secure for all participants, and to show solidarity with our gracious Japanese hosts,” said IOC president Thomas Bach.

“We are inviting the athletes and participating delegations of the upcoming Olympic and Paralympic Games to lead by example and accept the vaccine where and when possible.

“By taking the vaccine, they can send a powerful message that vaccination is not only about personal health, but also about solidarity and consideration of the wellbeing of others…”

Access to vaccinations no longer appears to be the issue. It’s now down to the medical question of which vaccination is best and to the moral and ethical conundrum of whether fit, healthy athletes jump ahead of the more desperate.

A recently published study in the medical journal Spotlight found that the Pfizer vaccine’s side effects such as headaches and fatigue were “more prevalent” in younger athletes (under 55).

In the study these symptoms presented in about “50% of individuals”, but it said: “Notably, there is no published data on the duration (days) of side effects and their impact on ability to perform physical activity; clearly this information will be an important consideration.”

Clearly, receiving the vaccination well before competition is essential.

The other issue is ethical

The optics of moving relatively healthy sports­people to the front of a queue of more needy individuals might not play well in the court of public opinion. Practically, though, the Boks, the Proteas’ men’s and women’s teams and the South African Olympic team would constitute 300 to 400 vaccinations at most.

“A few months ago, there is no doubt I had a moral conundrum about whether athletes should be vaccinated before frontline healthcare workers who are exposed to high viral loads,” Manjra says.

“That was in the first phase, but now we are moving on to a new phase in the vaccination rollout where we are opening it out to the general population.

“Currently it’s for over-60s and more high-risk people, but my ethical and moral concern has lessened than it was in the first phase of the roll-out.” DM168