Confident Higgo ready for maiden major challenge at US PGA 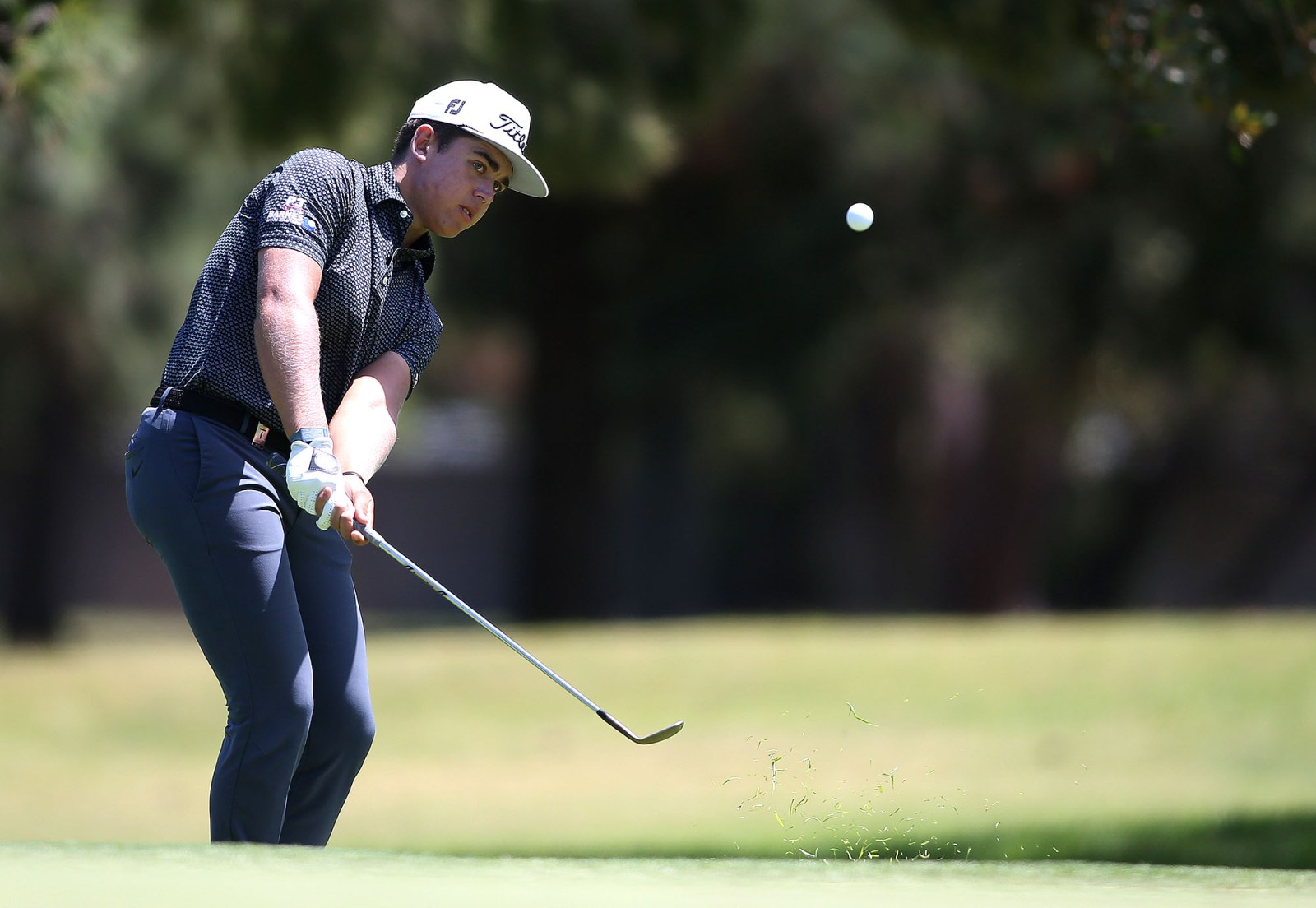 The season’s second men’s major, the US PGA Championship, starts on Thursday and the field is peppered with 11 South Africans, including first-timer Garrick Higgo.

Major championships are seldom won by first-timers, which is why they are so revered when they do occur.

At the 1991 PGA Championship, which took place at Crooked Stick Golf Club in Indiana 30 years ago, John Daly thrilled the golfing world with a fairytale win after coming into the tournament as the ninth alternate.

The chances of so many players withdrawing days before a major are rare. The chances of the player gaining the ninth and last alternate spot, driving through the night to make it to the course, and then blasting the best players of the era away with a power game that was unheard of at the time, is the stuff of legend.

Daly, who replaced Zimbabwe’s Nick Price who withdrew because of the birth of his first child, became a media sensation and has had a ‘colourful’ career. It included dust-ups, fines, suspensions, divorces, lawsuits, club smashing, and, oh…the 1995 Open Championships at St Andrews as well.

The 21-year-old, schooled at Paul Roos, is polite, confident and clean cut. Unless he’s on a golf course and trying to beat the field. Then he becomes ruthless.

It’s on the Pete Dye-designed Kiawah Island Ocean Course in South Carolina, where Higgo will join 10 fellow South Africans as he makes his major debut following two wins in three weeks on the European Tour.

The left-hander arrived in the US last week, brimming with form and confidence. Even before he laid eyes on the course in real life, he spent hours studying its holes on YouTube and trying to build a picture of what he would face.

It is known as one of the toughest courses in the US, where winds whip off the Atlantic causing havoc. And at 7,201-metres, the longest course in major championship history.

“You can’t glean a lot from videos of the course, but it gives you a sense of what it’s all about,” Higgo told Daily Maverick from the US.

“It will be windy. I enjoy that, as it suits my game and it will be difficult, which is what I want as a professional. I think I will do well. I’m very comfortable in the wind.” Those are not the words of someone intimidated by the occasion or the course.

And why should he be? On the recent European Tour swing through the breezy Canary Islands, Higgo played the three tournaments in a combined total of 68-under par over 12 rounds.

He also grew up on the De Zalze course in Stellenbosch and played most of his junior golf in and around the Western Cape, where a howling southeaster is the prevailing summer wind.

Like compatriot Louis Oosthuizen, who learnt his trade in the testing Southern Cape conditions at Albertinia Golf Club near Mossel Bay, wind is something to embrace and not fear.

Higgo, a right-hander, plays golf left-handed, for no apparent reason other than “it just happened.” I write with my right hand but I started playing golf left-handed. I can’t even remember why,” he says. “I can’t play very well right-handed.

“A lot of left-handers are creative and I know I certainly am creative (on the golf course).”

Three tournament wins in 26 European Tour starts indicates that he made a good choice when he picked up a club. Only Tiger Woods won as many tournaments in his first 26 starts on tour. He is in significant company and naturally, there is some pressure that goes with the achievement.

But Higgo is a laid back person and unlike Tiger, who kept a list of Jack Nicklaus’ record 18 major titles as motivation to surpass it, Higgo is not a goal-setter in the macro sense. His goals are more micro.

“I don’t write down goals and tick them off,” Higgo says. “My goals are focused on my immediate game and improving it. When I get those little things right then the wins and good results will come. I look at the stats, analyse where my game needs work and focus on those aspects.”

Where he has taken a giant leap forward in 2021 is his putting. You don’t shoot 68-under in 12 rounds without holing a lot of good putts. “My putting is currently the strongest part of my game because I’ve worked really hard on it.

“Usually, my long irons are the strongest but my short game has come on a lot this season. I’ve gone low before but I have never had a run of low scoring as I did through the Canary Island swing.

“But I also didn’t focus on scoring, I was just focused on beating the field because a lot of guys were shooting low rounds. It was only afterwards that I reflected on the scores I posted.”

Higgo took last week off as he acclimatised in the US and despite his hot streak, he wasn’t tempted to play again. He needed some time to refresh his mind more than anything, before his first crack at a major.

McIlroy warns that the course is different

Northern Ireland’s Rory McIloy won the 2012 PGA at Kiawah by a whopping eight shots. He finished on a 13-under total and no one else came close.

But that was in late summer in the US and the course is playing differently from how it is now in the spring.

“That was August, this is May, it was a different time of year, with a different wind, so it’s going to play like a completely different course,” McIlroy told the media.

“Just because I played well here last time, it doesn’t mean I’m going to find it any easier this week than anyone else. It’s a really tough test, especially when the wind is blowing like it has been in practice. Those last few holes out there are brutal.

“And it’s not going to be as straightforward around the greens as it was in 2012. Then it was hot, humid and the paspalum [grass] was really strong and dense and lush, so the ball would just sit right up on top and it was just a case of get out the lob wedge and clip it and spin it. This year they’re bare. Not nearly so simple.” DM